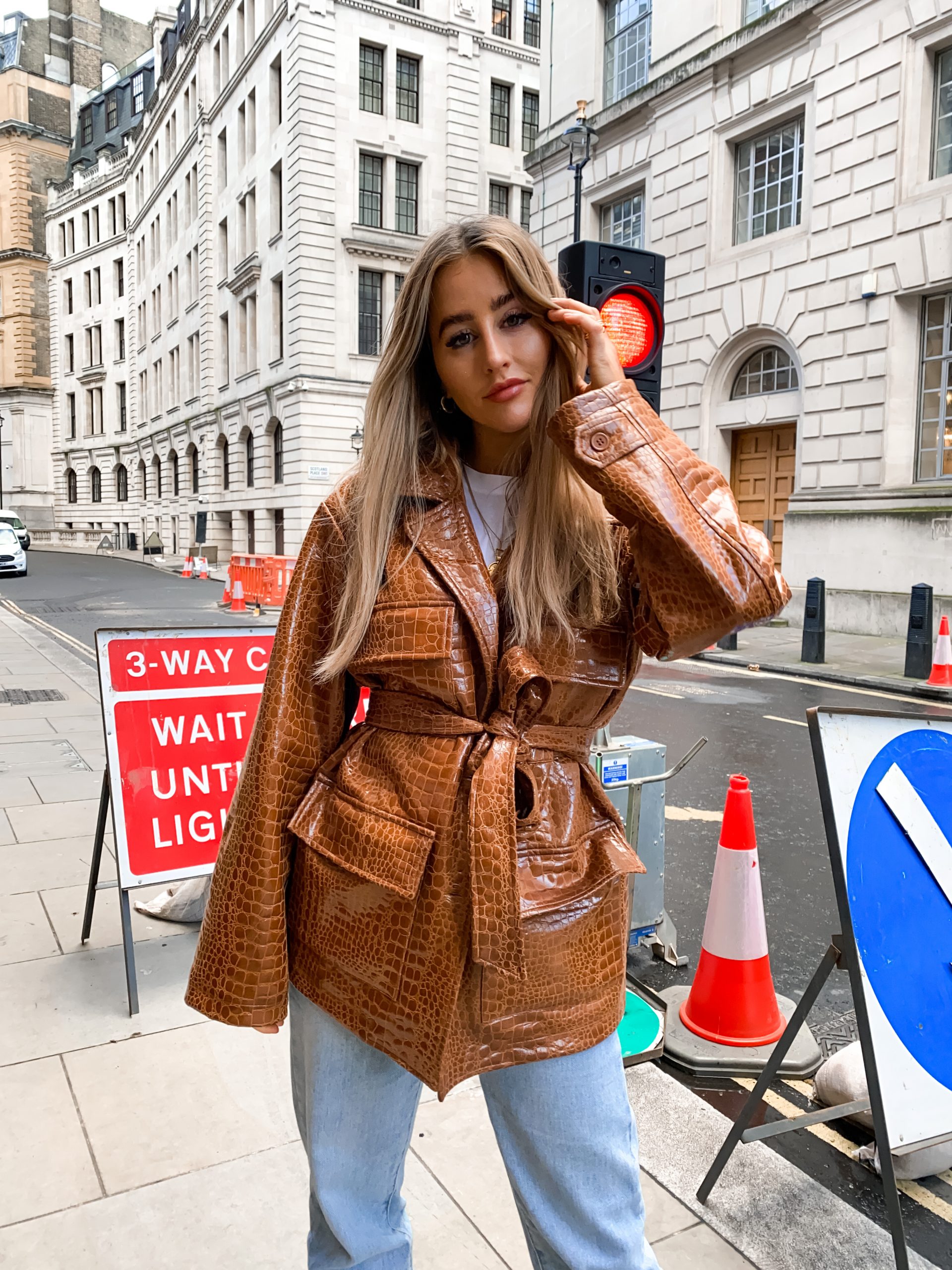 A nice slim-fitting grey polo-neck. A gorgeous red dress with sleeves. A figure-skimming satin slip dress in ochre. A slinky camel-coloured bodysuit. In fact, ANY item of coloured (or grey) clothing that fits remotely close to the upper half of the body – it’s on my banned list. Why? Because black is the most chic? I’m a hate colour? Orrrrr is it because I suffer from excessive sweating and all of these things will start to show sweat patches approximately 78 seconds after putting it on my freshly anti-perspirant-applicated body?! Yes, I’m guessing you guessed that it is indeed the latter.

Hello my name is Sophie and I am an excessive sweater. 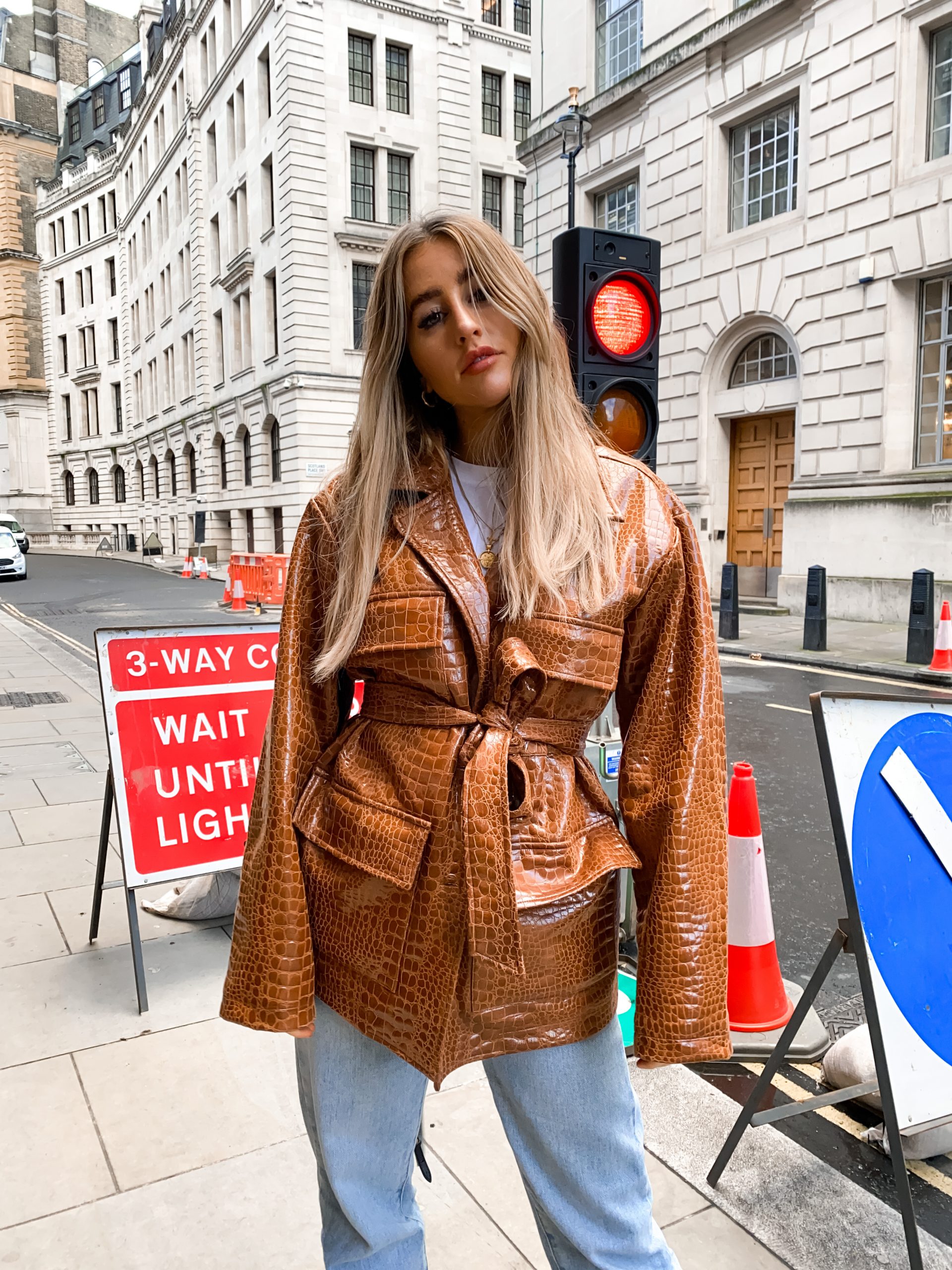 Or, I have hyperhidrosis, as it is medically called. It’s not that it even smells. I don’t have a BO problemo. It’s just a moisture-related one. Yuck. My sweating is – and always has been – its absolute worst under my arms. My underboob can get a bit sweaty sometimes, as can my back. My face and hands and feet and the rest of me remains pretty unscathed and well, dry. But my armpits? Touch my armpit at any given time during summer or winter, no matter the temperature, theres a 95% chance it’ll be damp to some varying degree.

It’s taken years to feel in a place where I feel comfortable talking about it. I’ve mentioned it briefly on my socials before, mostly in passing when discussing clothes to wear in the summer. And whenever I have mentioned my these issues and that I have tried everything to fix it, I alway have responses like: “but you don’t look like you sweat loads?” “I never see you looking sweaty?” – er, yeah… after 15 years of suffering with excessive sweating I just so happen to know a few things about how to hide it. It’s either that OR I get people jump down my throat with suggestions. “Mitchum is AMAZING! It stops me sweating!!” ” Omg have you dried Driclor/Perspirex/ Anhydrol Forte *insert another deodorant of the same vein* it works by blocking your sweat ducts!!!” “I’ve had Botox and it’s a miracle!!” I want to be grateful, and always remain polite. But yeah, I have tried everything, apart from major surgery to remove my sweat glands. E V E R Y T H I N G.

Excessive sweating is something that has plagued me for over half of my life. When it first started when I was 13, I was so mortified. We had to wear blue shirts at school, and I’d wear the baggiest one underneath the baggiest sweater – and I would still sweat through to my school sweatshirt. I’d have to keep my arms down all day to avoid anyone else seeing – which made it worse. And this was during a stage where I was occasionally bullied – so the anxiety of being caught out with sweat patches and bullied more for that just made me sweat even more. It was hell. I tried to wear a white shirt instead – but I got sent to the head teacher’s office and a note in my school planner for my parents to view and sign becuase I was breaking uniform regulations. (Shoutout to my mum, who’s written response to the teacher was “a white shirt is better than no shirt” – we love a sassy queen) 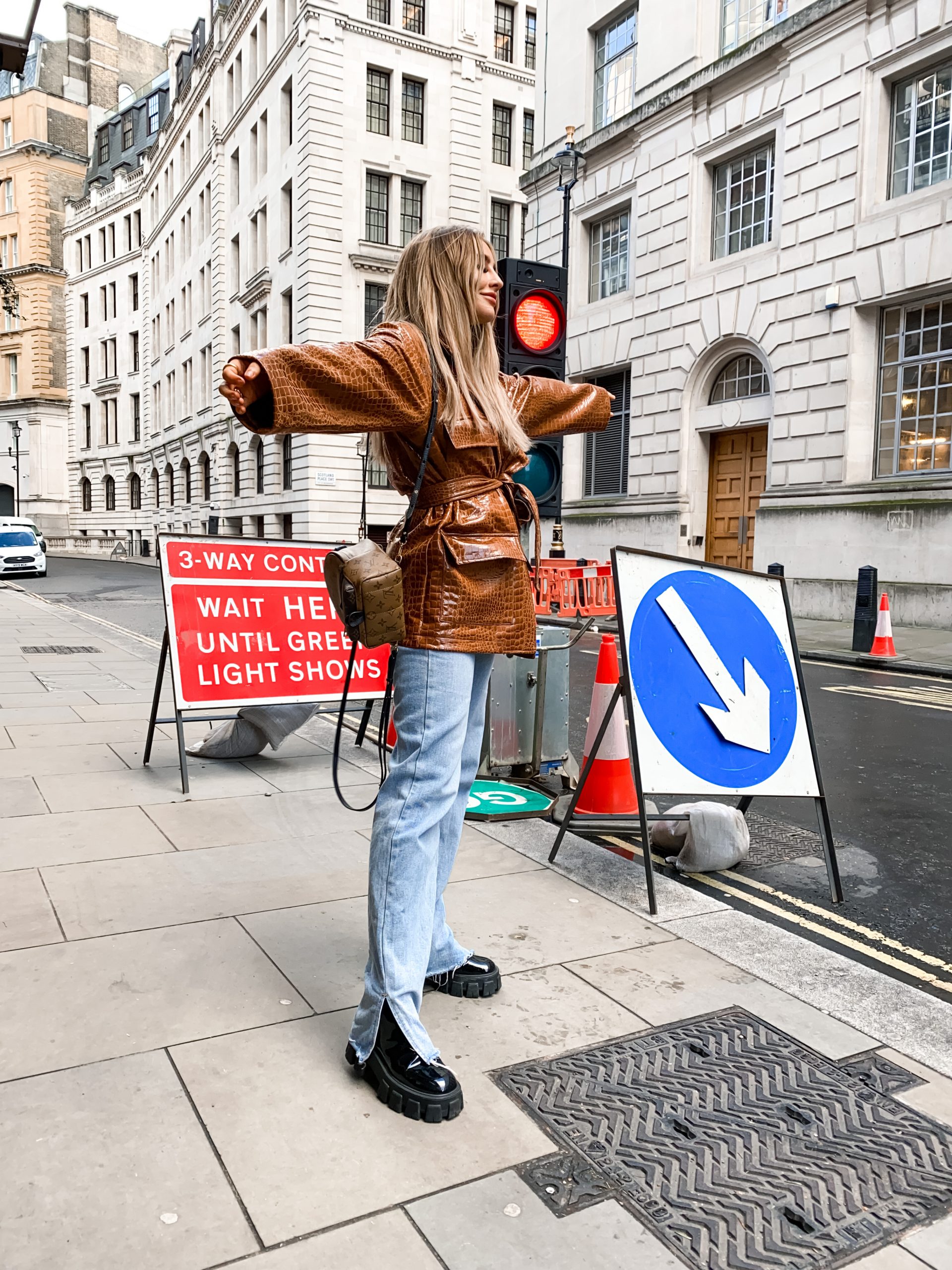 I would use the strongest anti-perspirants on the market but all they did – and all they still do to me now – is prevent me from having BO. It makes things smell good – but it doesn’t stop the sweating. So I went to the doctor and was prescribed a special deodorant called Anhydrol Forte (which you can get for a fiver without prescription anyway) that works by essentially blocking the sweat ducts. It’s the same as Driclor and Perspirex – they all have around 20% of the active ingredient aluminium chloride hexahydrate, that creates a gel in the pores that prevents as much sweat getting out.

I can tell you now, it was a miracle. I could wear whatever clothes I wanted. I could wear tighter fitting school uniform – let my school hoe phase commence! I could lift my arms up. And I could just RELAX! I didn’t feel anxious all of the time (which ALWAYS made the sweating worse).

The problem? It doesn’t work forever. Your body eventually gets used to it. So after continued use for some time, the sweating returned. I probably got a couple years of not sweating before it returned and it was like, ok great, back to square one.

I knew the only other options at that point were botox or surgery, but I just put up with it for the following years until I settled in London. I couldn’t afford to pay for Botox for hyperhidrosis, so went to the doctor who referred me to dermatology and endocrinology to make sure there were no underlying factors. I was put on a medication which dries your eyes out and makes peeing difficult – and despite that, still, I was sweating. After around 18 months of being passed between departments and long appointments, I got put on the NHS’ hyperhidrosis scheme where they’d administer botox to prevent sweating. There’s no numbing agents applied on the NHS scheme, whereas if you have the treatment privately there should be, so 26 injections of botox went into each armpit. It stung more than anything.

But once again, I’d found a miracle! I went to Thailand, and despite the fact I’d feel warm under my arms, I hardly sweat at all, and noticed no extra compensatory sweating elsewhere on my body (which can often happen when you have a sweating-reduction treatment) Problem is, once again, it doesn’t last – so I’d be going for top-ups every six months. 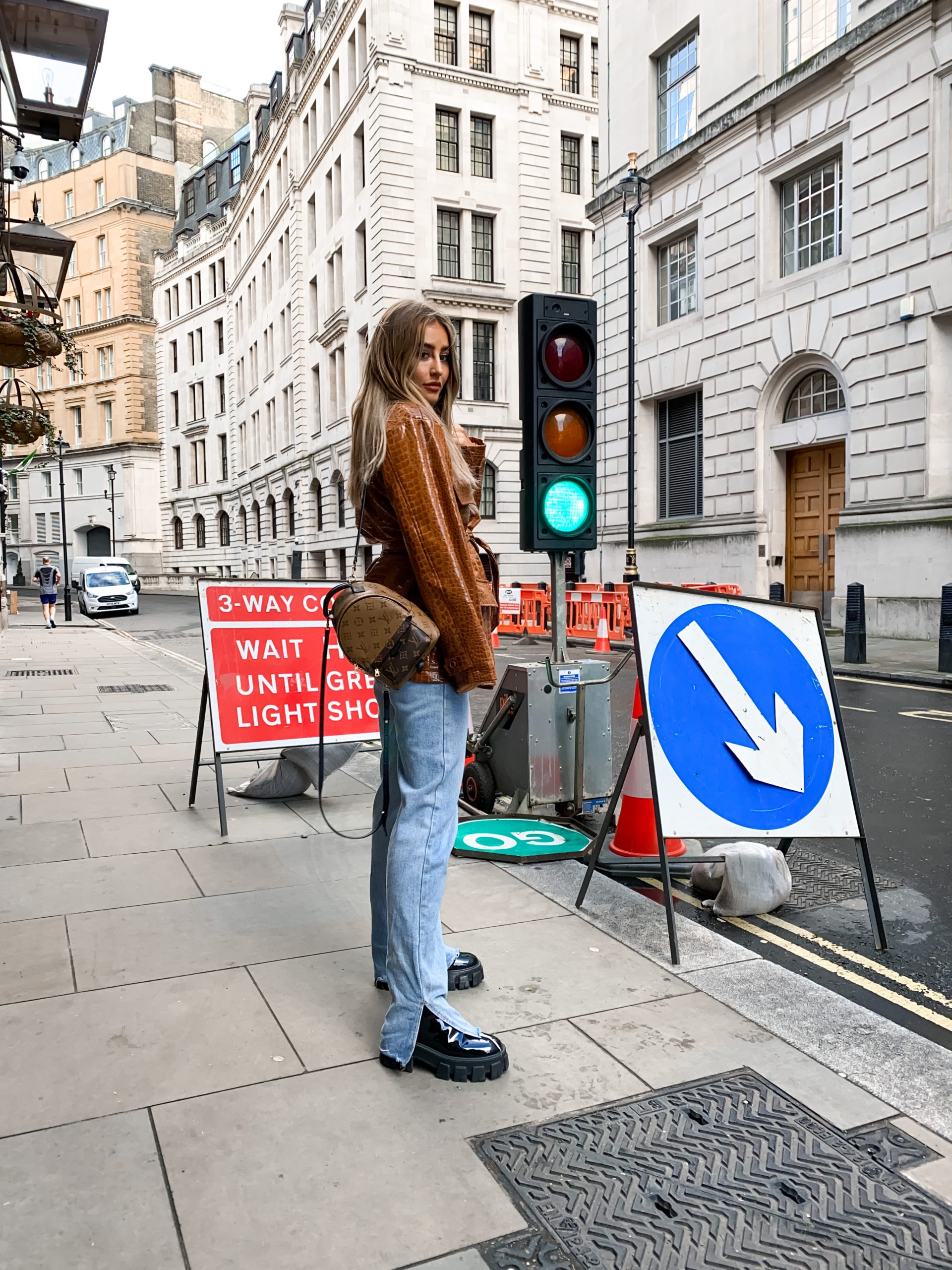 Worst still, the second round seemed only 10% effective as opposed to the first time which reduced around 80% of my underarm sweat. After going for my third time, and finding it so painful that I cried all the way through, my doctor suggested if this didn’t work I should consider a relatively new treatment called MiraDry.

Now, MiraDry had kind of been hailed as a miracle. What is it, exactly? It’s a treatment done by a machine that works by delivering precisely controlled “electromagnetic energy” to the underarms. It destroys the glands by heating and eliminating them. Sweat glands are not meant to come back after treatment. It costs around £1k-£1.5k for a first round, so it is expensive.

A couple of years after my last botox appointment, and simply dealing with my sweating issues by dressing to cover it, I decided to go ahead and book Miradry. I was warned it is usually anything around 40-80% effective for the first round and that second rounds are often suggested for those who need it, but to me, even 40% would be an amazing improvement I’d be happy with.

I’m not going to sugarcoat this treatment for you: it was PAINFUL. I’ve had procedures before, I’ve had surgery and had burns and some nasty medical things done before, but this treatment was probably the worst I went through. And I felt that the clinic I went to seriously downplayed the pain, discomfort and downtime. I was warned that after I would be sore, swollen, and it would feel like there were golfballs under my arms so that I wouldn’t be able to put my arms down properly. For the treatment itself, the worst bit was receiving local anaesthetic that is pumped under your arms using a long cannula needle that pierces and goes under the skin of your armpit in 3-4 incisions. This stings so badly and your instinctive reaction is to want to pull your arms down but you can’t. The actual treatment itself was then painless – but jesus. All I could think was I HOPE this works. 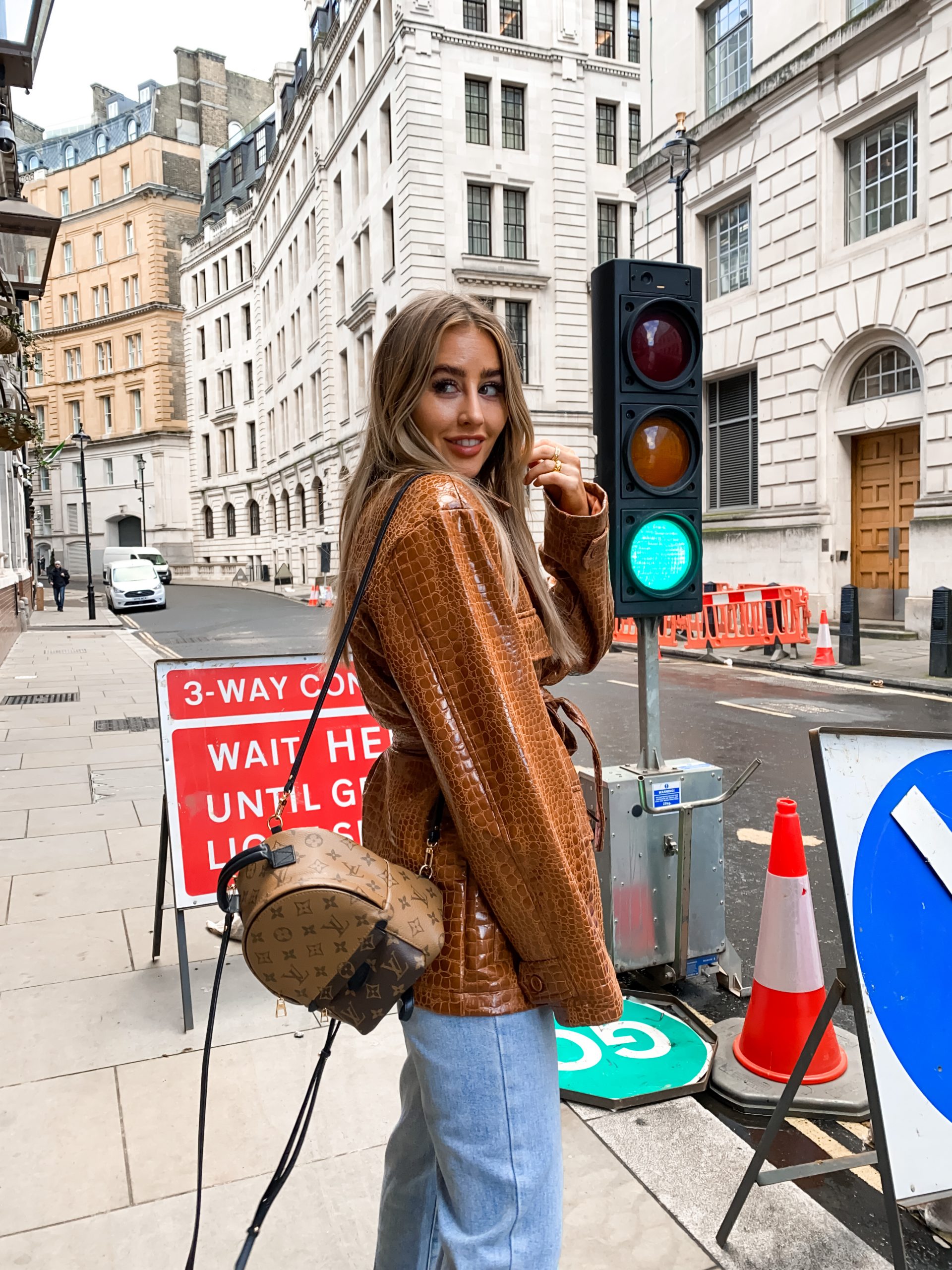 Let’s talk downtime: it was not minimal. I was SO swollen – what I was told would feel like gold balls under my arm felt more like rock hard tennis balls. I couldn’t put my arms down for DAYS. It took a full 10 days to fully be able to let my arm lie flat against my side – which made travelling a nightmare on the tube and buses. And probably 4-6 weeks for my swelling to completely go down. I also suffered something the clinic called “banding” – they warned me this could happen, and of course, it did. It’s when fibrous bands underneath your skin tighten up under your arm, which made it hard to fully extend my arms above my head and in front of me.

I’d love to say this is the bit where I’m like “BUT IT WAS ALL WORTH IT” – but yeah, no. Nope. That’s not going to happen. Sweating was reduced around 60% at first… which I was like, wow oh my god this is great. Not sure it was worth the pain and recovery after, but still great… Fast forward 3 months and my sweating is as bad as ever. It’s like nothing ever changed.

Now, I’m telling you, I think I was just born to sweat. And as frustrating as it is, I’m actually okay with it now. I never thought there would be a time that I didn’t care so much about it. I always thought I would be mortified at the idea of sweat patches on my clothes. But after living in London and seeing the temperatures soar on the tube, you learn to give less fucks about those moist (ew) patches on clothing. Plus, the less fucks we all seem to give as we get older, the more of my friends have opened up about their own personal struggles with the same so I feel a hell of a lot less alone. You just get over it. And sometimes you do have to put pantyliners into the underarms of your clothes – it is what it is! Mostly I still avoid clothes I know that will make me sweat. And it pisses me off when I notice sweat patches starting to appear under my arms – but now it’s more like “yeah whatever I’m human and we all get them at time to time”.

So, here we go. That was my confessional post about being a secret excessive sweater. I didn’t know what I wanted to achieve by this – I just hope that people who are struggling with this issue find some solace in knowing that others have this problem and it’s okay. And it really isn’t as much of a big deal as you may feel it is. I hope it also clears up some information on the treatments available – I believe I’ve been VERY unlucky with nothing working for me. Others might not be so!

ASOS and Missguided have shopping categories like “jeans and a nice top”, so can we please please get a category for sweaty bitches like me, featuring and edit of the most killer selection of loose tops, drop armholes in breezy cottons and linens? Please?

Previous Post: « The Realities of Long Distance Relationships
Next Post: HOW TO SPEND TWO WEEKS IN SRI LANKA »