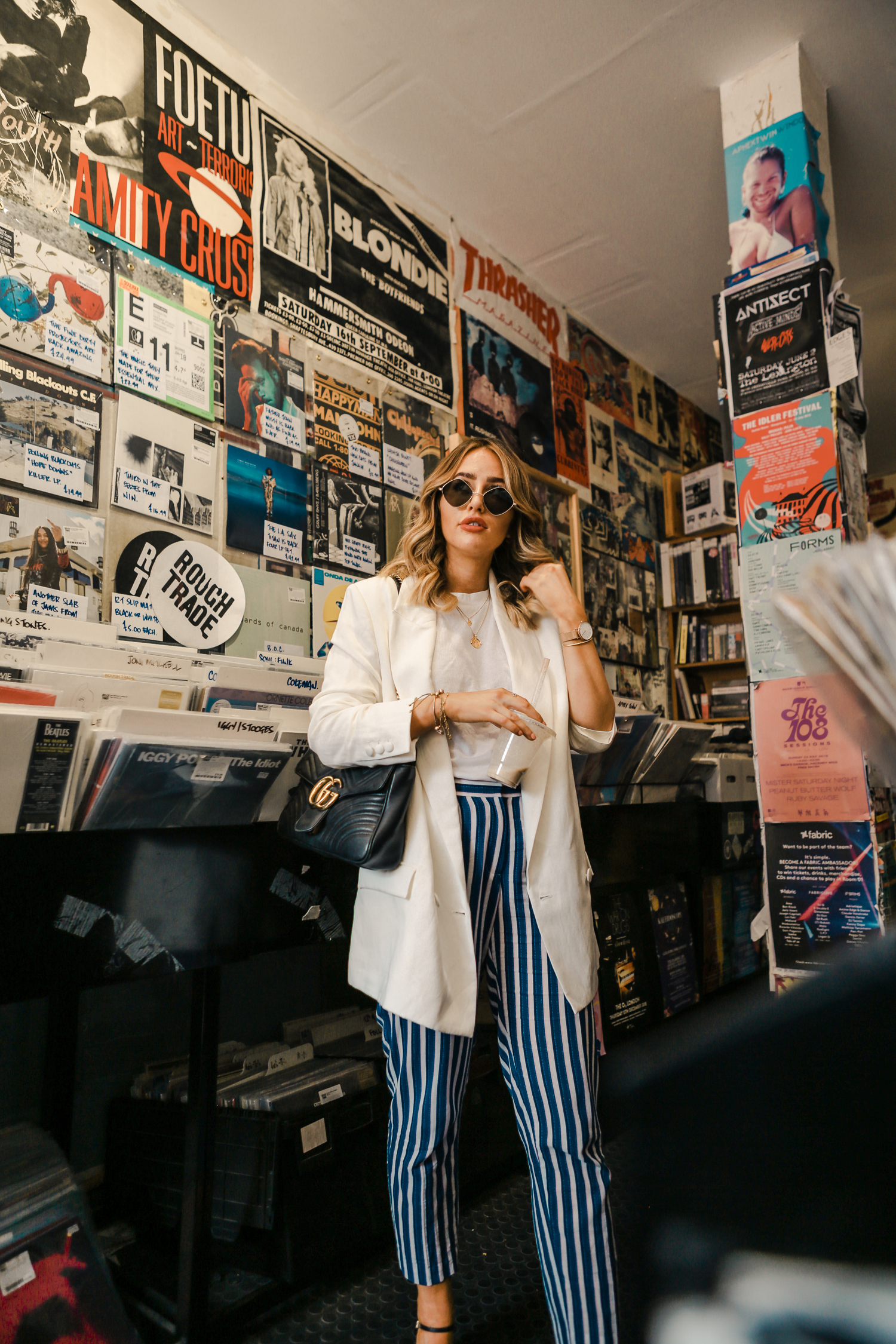 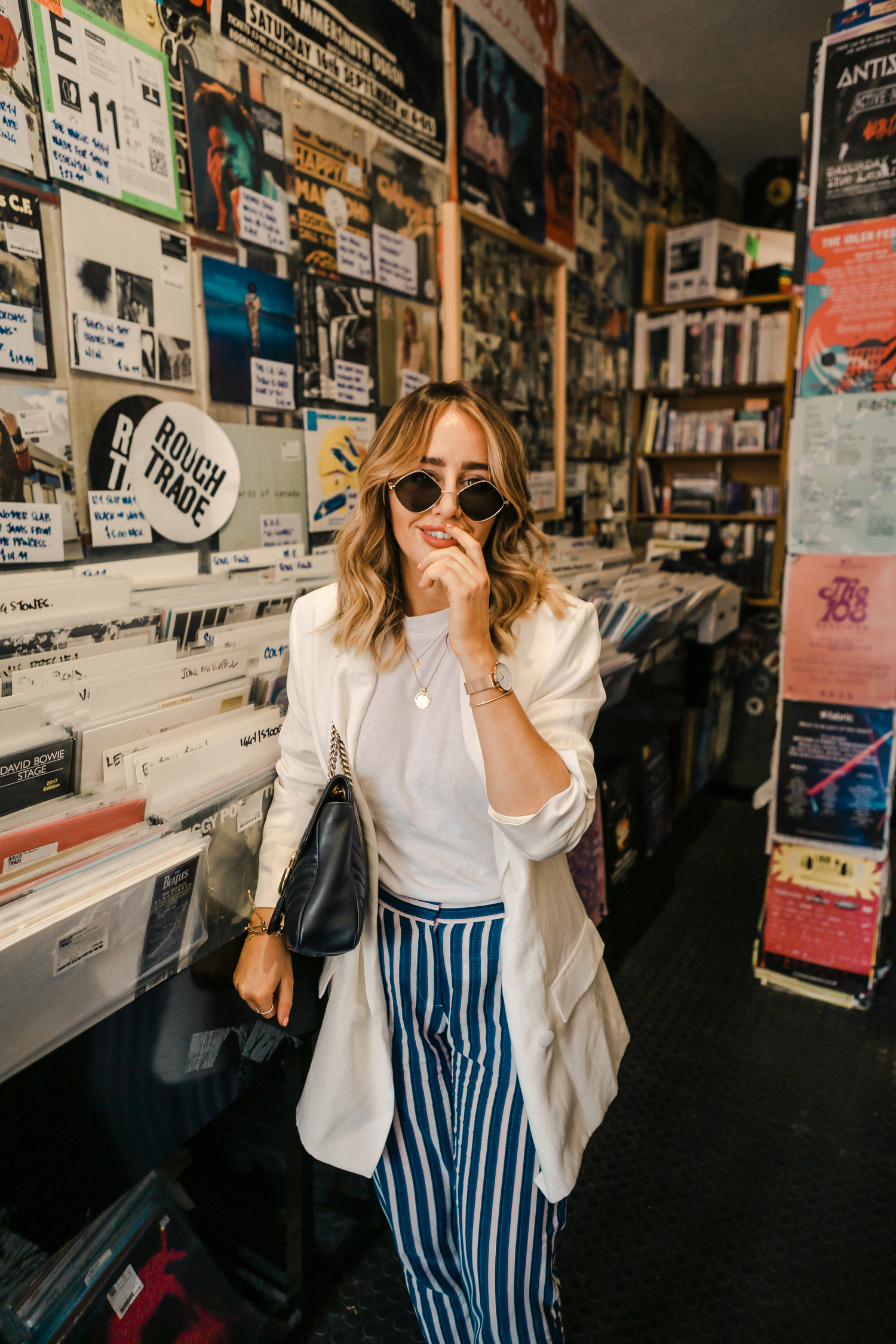 I have a huge problem with perfection – and writing wordy and thought-provoking blog posts for you is all well and good until it takes me around 1-4 weeks going back and forth to the post to make sure I’ve got it *JUST RIGHT!!* – and then I’ll probably never ever end up posting it anyway. In an effort to post more on here and keep you more up-to-date with my IRL happenings, I’ve decided I’m going to do a weekly roundup post of what the hell has actually been going on in my life that week – focusing on 3 major things that have gone on/ occurred/ or have really had me thinking. There’s possibly going to be overlaps – with my Instagram Stories, weekly vlogs (whenever they happen), the podcast, and even with the wordier posts I write as I focus a lot of them on my real life experiences. But hey, consider this more of a personal diary. To you guys. On the internet. Very publicly. This is all happening in real time. It’s quicker.

DADBODS! and my unfair expectations…

I keep seeing memes and tweets with thousands of RT’s about how women don’t wan’t muscly guys because they’re hard to lie on blah blah and dadbods are much better etc – but I never see any tweets or memes from men saying they want to see more mumbods and that they’d way prefer that to the female equivalent beauty ideal. Kind of annoying – why do they get their standards lowered when we don’t? I would like men to openly appreciate my bingo wings and thick wobbly carves and love my cellulite OPENLY – and not because I force them to tell me that I’m pretty when I’m naked and insecure in bed. TWEET YOUR LOVE OF MY DIMPLED SKIN!

But then it got me thinking about myself, and men, as usual, and my preferences to muscly guys with v toned physiques. The brutal truth is I’m not attracted to dadbods – to a point that I find it off-putting. A guy shows up to a tinder date and I see he doesn’t go to the gym? It’s like a light switches off in my brain. And knickers. Which is actually an awful thing to say and I kind of can’t believe I’m putting it in words – I now suddenly feel terrible.

People say “oh if you meet the right guy who you’re attracted to it honestly doesn’t matter!” And I hope for the sake of me not being a shallow bitch for eternity that they are right. Plus, if I’m going to one day be with a man for the rest of my life our bodies will all go downhill at some point and I think a 70 year old man with abs sounds a little creepy. But during the initial attraction phase (I sound like David Attenborough)… well, I just love muscles. I love muscly bodies – not TOO big and too defined that they’d never join me for cocktails and tacos or order a Dominos after a night out… but I like men that work out and are you know, pretty beefy. I go weak for a bicep. I swoon at traps. Well defined v lines make me lightheaded. A chunky thigh makes me drool.

But it’s got me thinking on my own preferences and more so, my prejudices. Have I got unfair expectations on men? Yes. Is it wrong? Well I feel guilty about it so I’m going to say yes too. I want to justify it with “but we just can’t help who we’re attracted to!” and that many of my friends do indeed like dadbods over a gym  bae. I’ve got friends on the other end of the scale who say they are attracted to “men that look like they should be in rehab for drug addiction” – and they’d pick that over a pair of well-defined pecks any day. And it’s great because when we go out and meet men in bars (ha ha ha ha ha THIS NEVER HAPPENS ANYMORE) there’s usually one for each of us in the group and we never have to get all weird over it. Thank the lord that we’re all attracted to different people. I’m not saying they’re not attractive and men with dadbods aren’t beautiful because hello, I legit think Jack on Love Island is actually really hot! I probably fancy him the most. And now I’m questioning myself and everything I’ve just written… But anyway, I just know my type and preference with attraction – and that I should probably work on being more inclusive and less narrow minded with that. It’s positive to see more people discussing different male bodies types – we should promote different kind of bodies across genders rather than just one socially acceptable one. 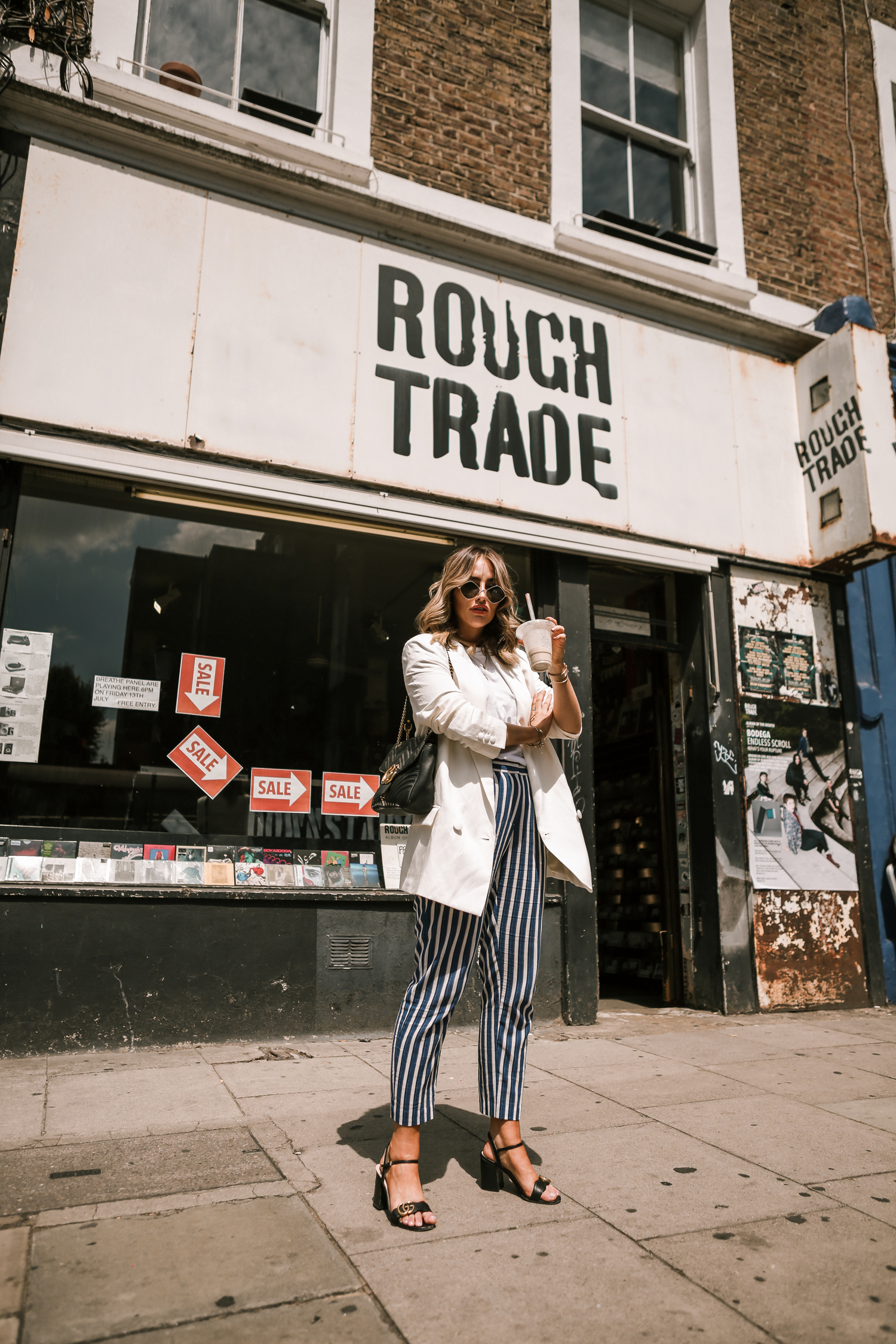 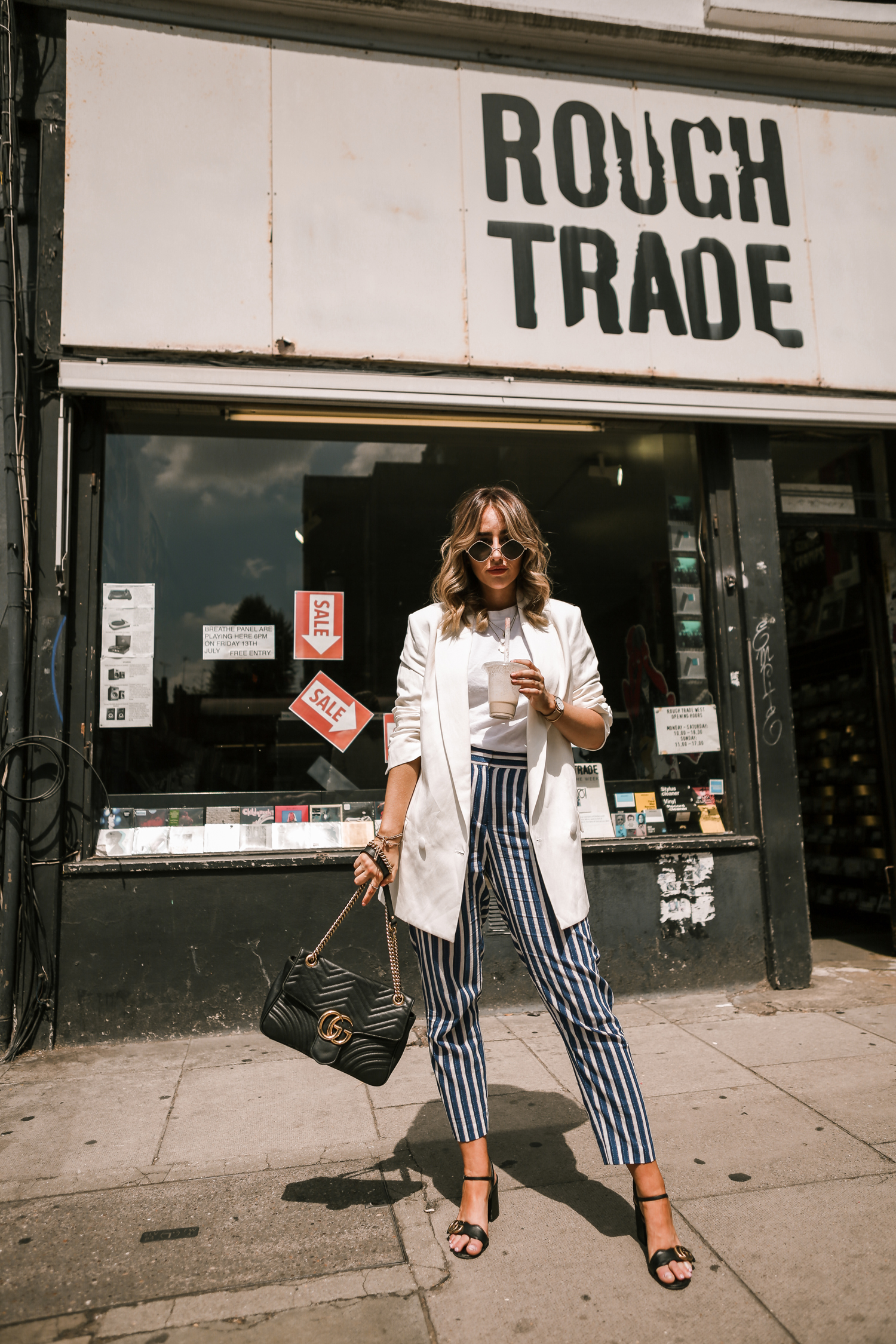 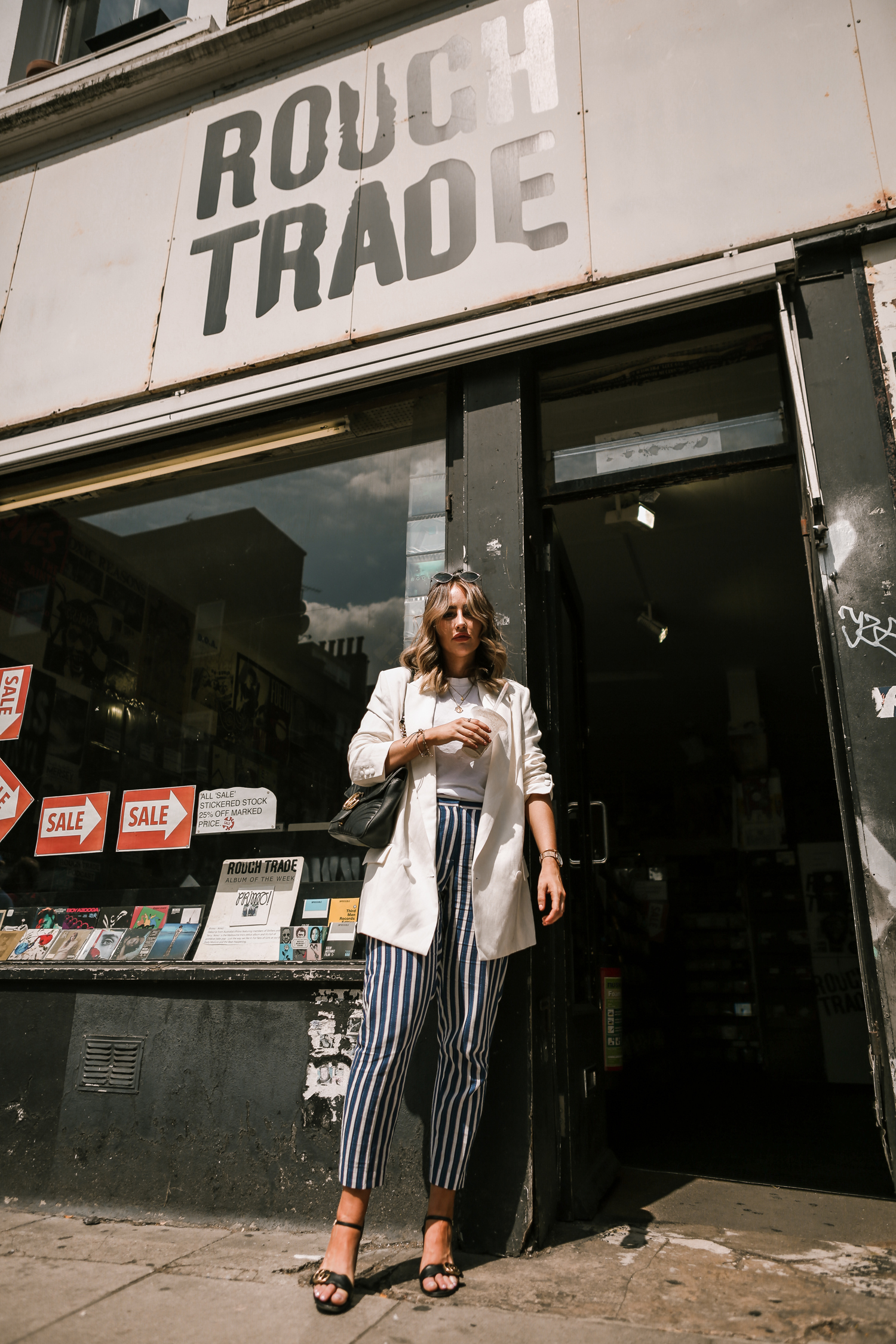 One of those silly things popped up on my twitter feed when I was at work at my old office one day. It said “your DJ name is the word DJ and your biggest fear”.

So in the office we had DJ Heights, DJ Nuclear War, DJ My Dog Dying – and then me: DJ Rejection. I have such a huge issue with rejection. It varies though – when I was rejected from Cambridge University I wasn’t even that disappointed because my interview was AWFUL and I came from a crappy state school so I knew the chances were poor. But when it comes to romantic rejection – oh boy it hurts my feelings. I’m trying to deal with it better. And by that I mean I’ve been rejected quite a bit recently so I’m literally being forced to deal with it better. Last week I had a message from a guy I was interested in who told me he couldn’t date me because he’s friends with an ex of mine. Fair play in the morals department but how do morals help get you laid? Answer: they don’t. But cue me feeling really shit about myself for at least a whole day until I had a little word with myself (“you are fucking fabulous and have amazing hair and a great personality” repeat x 1000)

Rejection sucks for everyone – but the difficulty I had with it is that I’m not really used to it. Now I’m not saying it’s because I’m amazing (and have great hair and a great personality – lol) but it’s more because I don’t put myself in positions to be rejected. I was talking about it with a few friends at the weekend – well, the discussion was why women don’t go up to men in bars to chat them up as much as men do to women – traditionally speaking, anyway. And one of the girls said that it’s about rejection. “We’re just not used to it like they are.” And it’s true – when have I really felt that much rejection? So when it does happen, it cuts a lot harder. It’s easier to take rejection for something skills-based – that can be improved on or at least understood. But rejection based on an emotional level always makes me think “Why am i not good enough?” – and  there’s no way of really fixing that.

It’s not about not being good enough though. It’s about perhaps not being right.

Or perhaps it’s because he’s mates with your ex… idk. 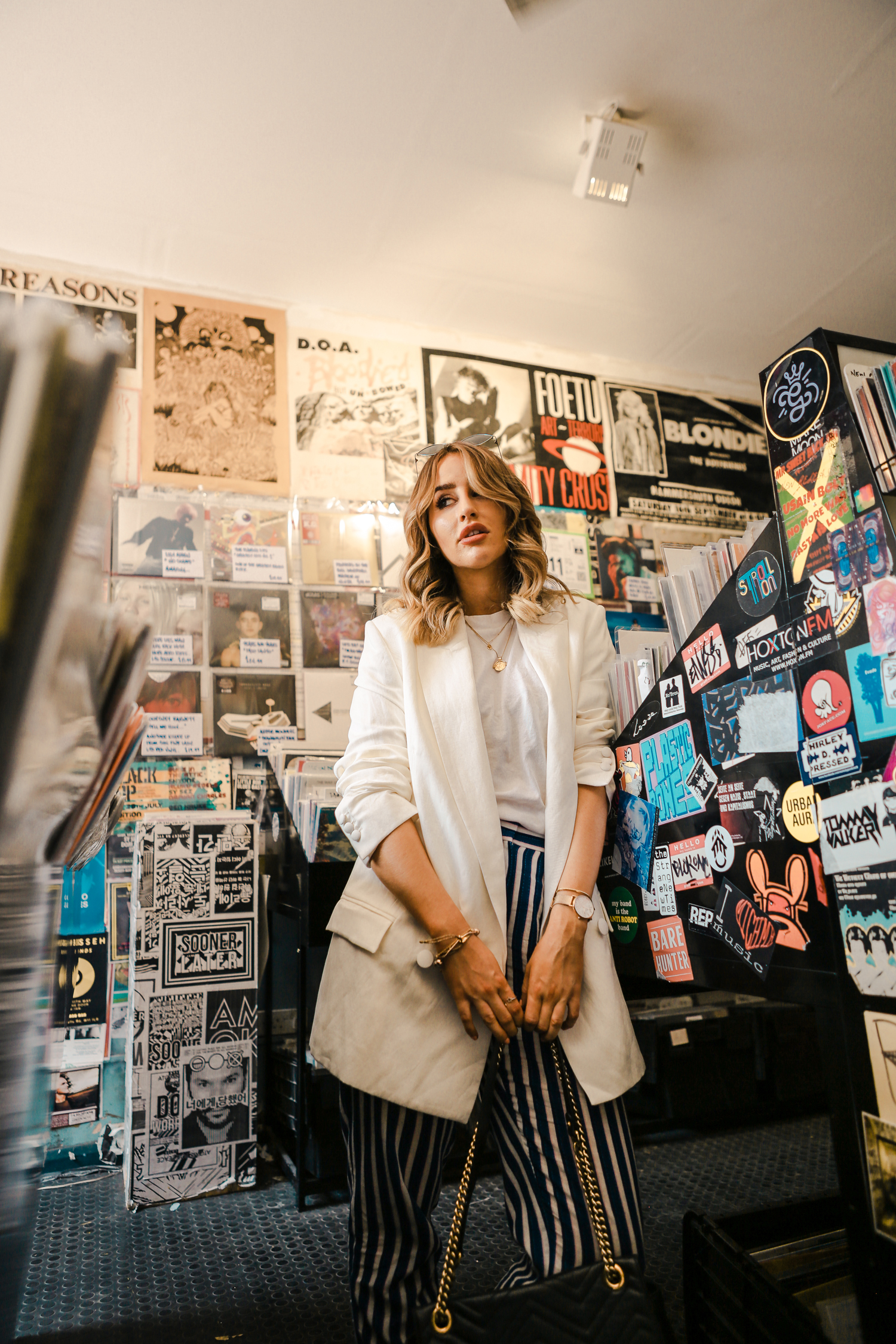 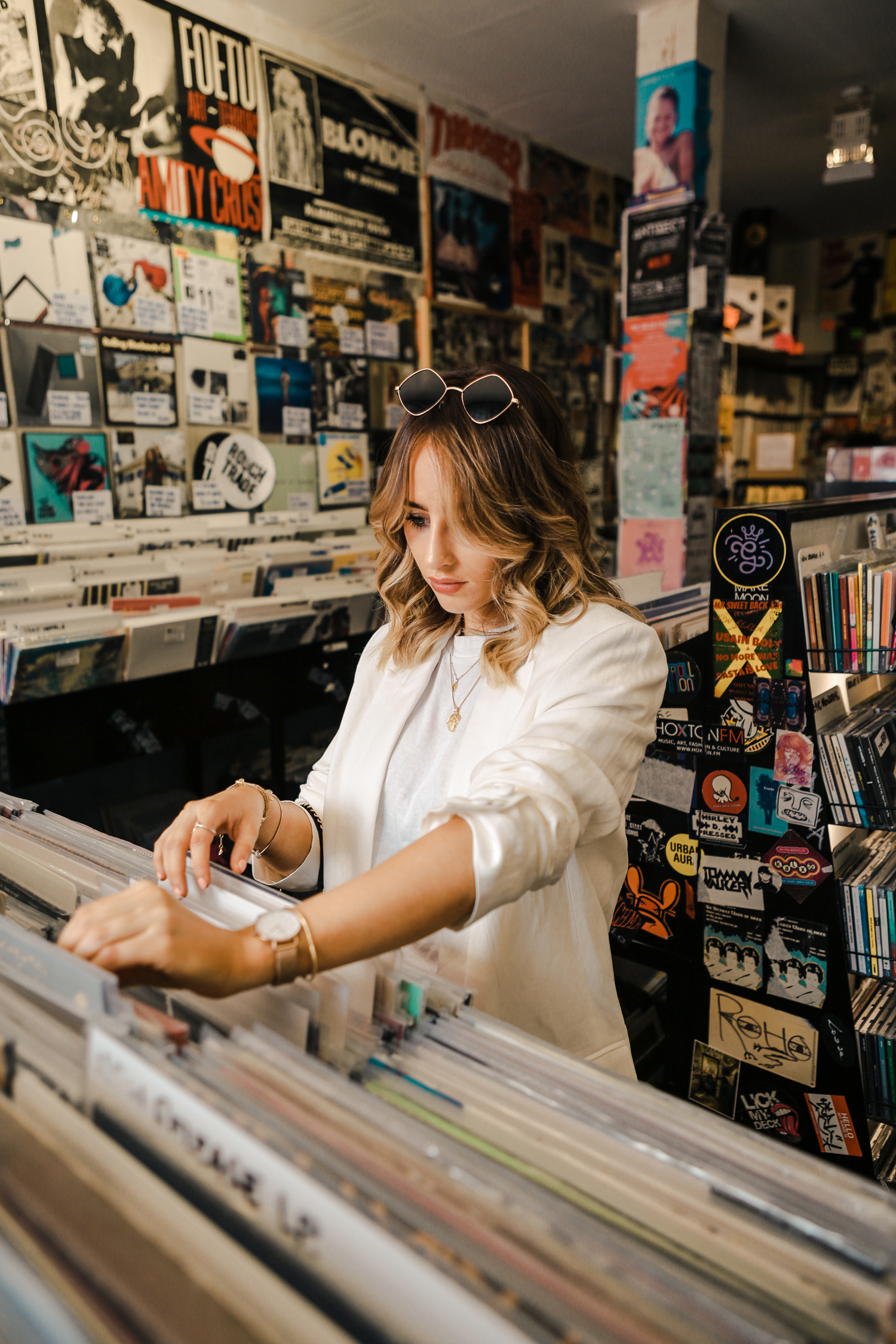 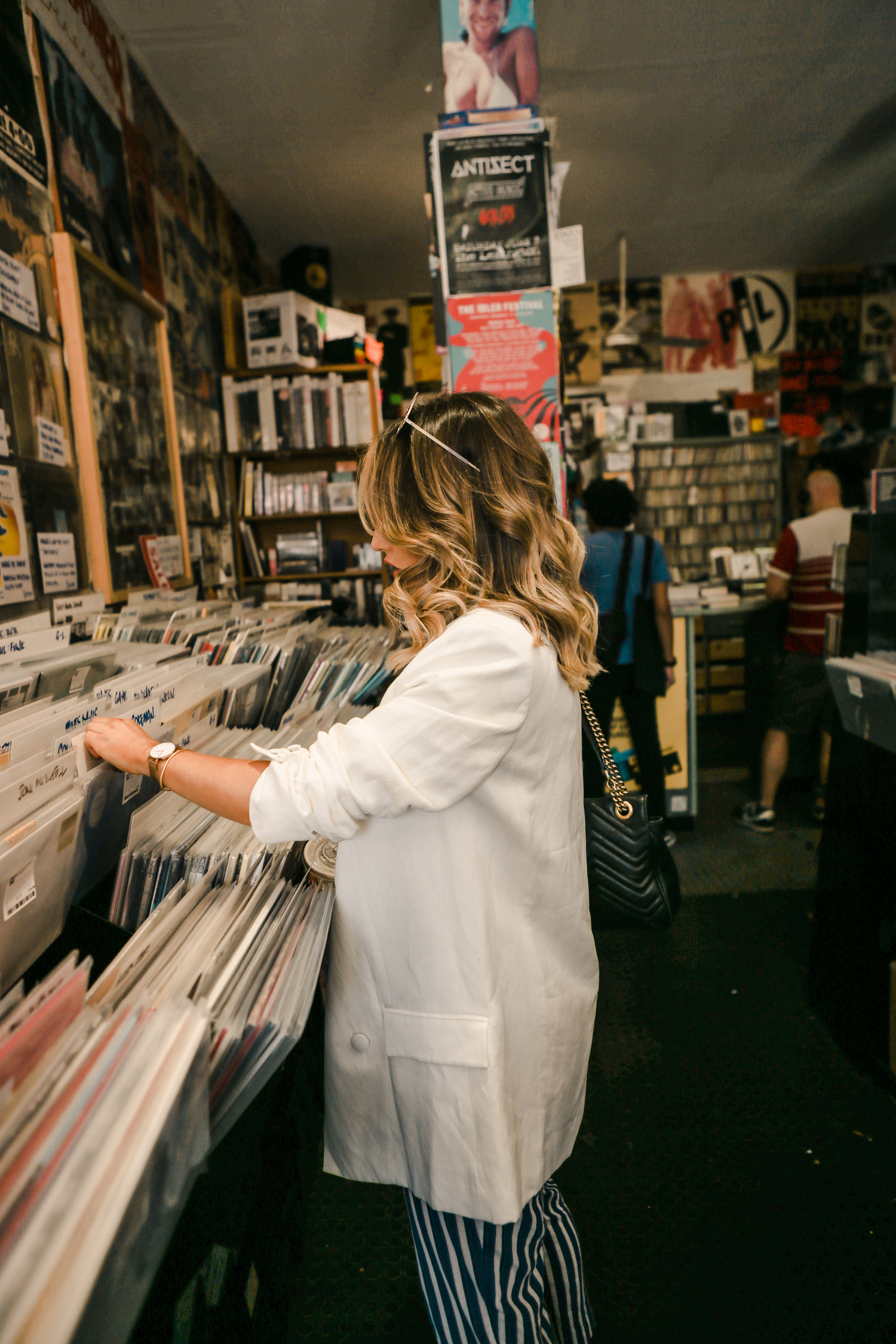 An apology for being misguided in campaign choice

It’s probably unprofessional of me to admit, but I’ve worked with a brand of natural contraception that has come under a lot of fire in the press. You probably saw the ads for this app-type of fertility tracking across a bunch of influencers and through traditional social media ads. There were a lot of people in this for the money – I think this was quite clear, but when a friend suggested to my face that I was in it only for the money I was completely offended.

I’ve written quite a bit about contraception on my blog – from how the pill turned me crazy, the awkwardness of going to get the morning after pill, and getting a copper coil – so when a company came at me last summer saying they have a new hormone-free contraceptive that works via tracking through an app, and having listened to your stories and struggles with hormonal contraception and knowing myself that the alternatives are a total bitch, it seemed stupid for me not to accept a campaign which followed my story of trialling it.

It was definitely new and in its infancy, and I feel that at some part I can’t be blamed entirely for making the decision because I think I possibly fell for their marketing pitch, and I didn’t really realise exactly how much of a big push it would be – and if I’m honest, I’m so into the hormone free life I was just excited to try something new that wouldn’t effect my periods so heavily that I bleed through a super plus tampon by the hour, give me agonising period pains where I can’t stand up, or make me so depressed that I don’t want to leave the house. But I do take huge responsibility for not thinking enough about the consequences. What to me seemed a way to try something which I thought would work for me was actually something that could put you guys in a bit of a difficult position and I jumped on board the promo bandwagon without really thinking about that – which is completely irresponsible of me.

I guess I feel guilty and embarrassed about it. And I just wanted to clear up the campaign was taken with the best and most honest intentions – albeit misguided ones – and never about the money. This industry is still relatively new and without a boss, mentor, manager or agent we’re likely to make mistakes. The reality is this is a product which should not be promoted via influencers and that’s something I should have recognised.

But I’m still left frustrated with the lack of options available for contraception for women that are hormone-free and safe/ easy to use.

Anyways have a great Sunday, make sure you’re following me on Instagram and I’ll catch you next week with 3 more little things I’ve been thinking about…

Photography by the AMAZING Bethany Elstone – outfit all from & Other Stories (minus the Gucci!)

Happy Anniversary to me! No, I’m not married obviously. But this past week marked one year since I spent my first week full-time blogging. 1st…

The end of the year often leaves me stewing in a pot of reflective doom. You’re still stuck in a festive coma, feeling a bit too…

If my obsession with cropped flare jeans has so far gone unnoticed, it’s about time I remind you. Recently I spent an entire…

Tropical prints are showing no sign of backing down in my wardrobe, with the latest pacific printed addition appearing in the form of these floaty…

Somerset House It’s like a volcano of neon brights and fur and blush pinks and knits and statement jewellery and checks just erupted, spilling molten…