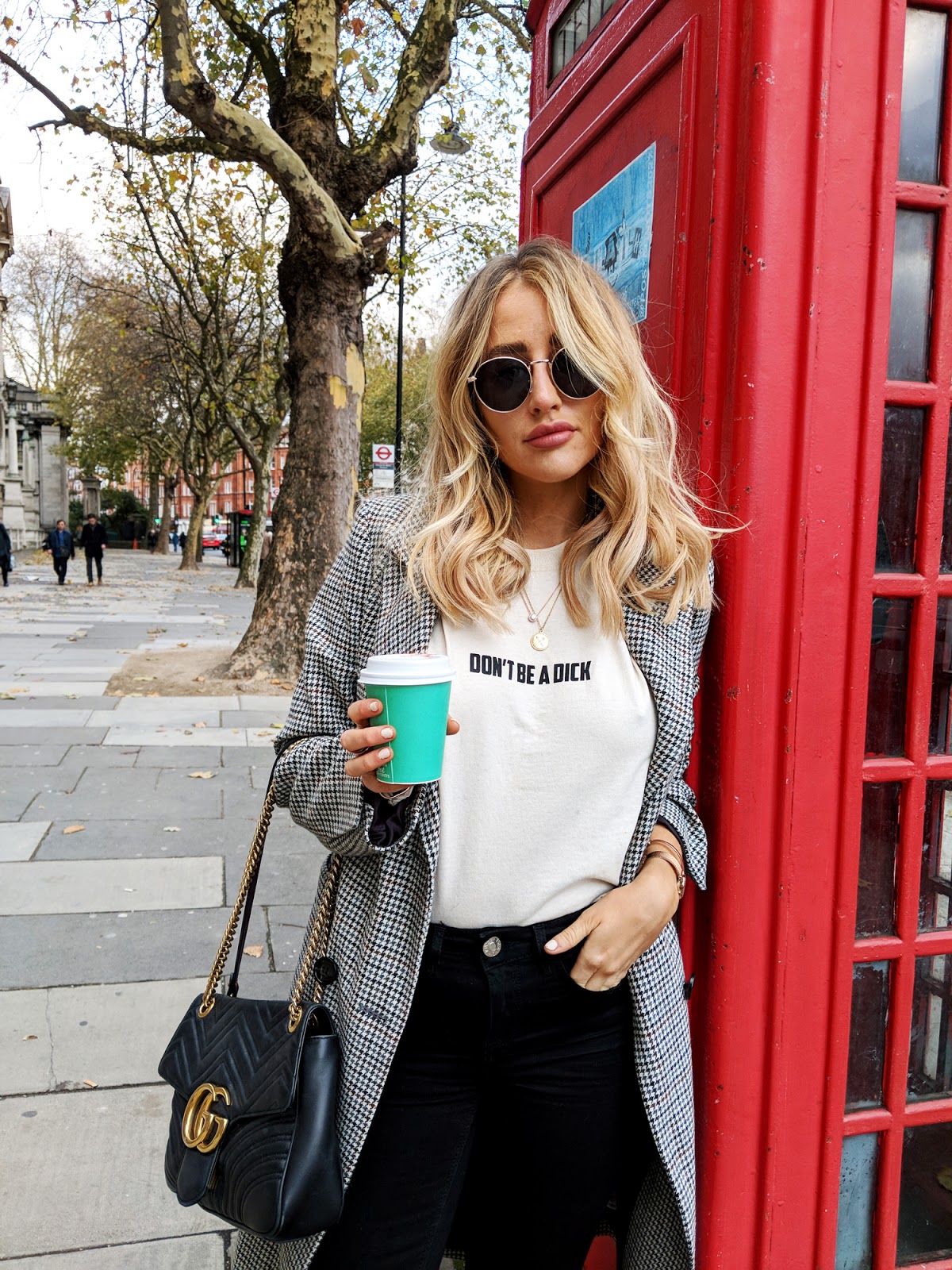 I consider myself lucky that during my 5 years of blogging, 2 years YouTubing, and several other years Instagramming, I don’t receive that much trolling and hate messages. Weird, isn’t it? To consider yourself lucky to not receive that many nasty, personal comments whilst doing your job. Imagine going in to a regular office job and receiving the kind of awful messages that get thrown around at influencers? It’d never happen – HR would be having very stern words with Brenda from accounts for all those catty comments and post-its with obscenities written in a red sharpie that were left on your desk after you’d finished work last Friday.

This post is probably a stupid idea. Because I know haters on the internet thrive on attention. If you’ve ever sent hate my way you might be doing a happy dance that I’m acknowledging it, and of course there’s a very good chance it might incite a little more my way. But, whatever, because more and more recently I’ve seen people discussing hate on the internet, their experiences being trolled, and I’ve seen women at the top of their A-game in the influencer world dealing with torrents of abuse. I have friends wanting to make a career step into YouTube, but are scared to do so because commenters are notoriously known for being so quick to critique and claw you. And the more I’ve seen myself grow, the more shit has come flinging my way.

The truth is though, it makes no fucking sense to me. What the fuck is the point? It makes my blood boil knowing someone is tapping away, spewing hateful bile into someones comments section that could well and truly ruin someones day. It’s actually expected now – it’s the norm to receive hate. But why? Why has it become so expected? So normalised? Yes, the internet has become a forum for open discussion, free speech, and all of the rest, but it’s also become a cesspool of bullshit and bile too. It wouldn’t be normal for someone to come up to you in the street and say it right to your face, so why has it become so common practice online?

Perhaps it’s just super easy to mistake sharing oneself on the internet – like influencers do – as pure vanity, self-obsession and narcissism, making it easier to be horrible. If someone’s already confident or arrogant enough to ceaselessly overshare their #ootd’s then surely they could do with being knocked down a few pegs? Surely they’re confident enough to take a few bullets of bad comments?

But more often than not it’s far from the case. Influencers in general (and quite oddly) happen to be the most strangely self-conscious people that I know. When you’re constantly sharing yourself on the internet, you’re hyper aware of yourself and potential backlash. Plus, we’re living in this social media bubble where everyone’s lives are seemingly so perfect, it already feels hard enough. So receiving these additional comments just add so many more cracks to the veneer. 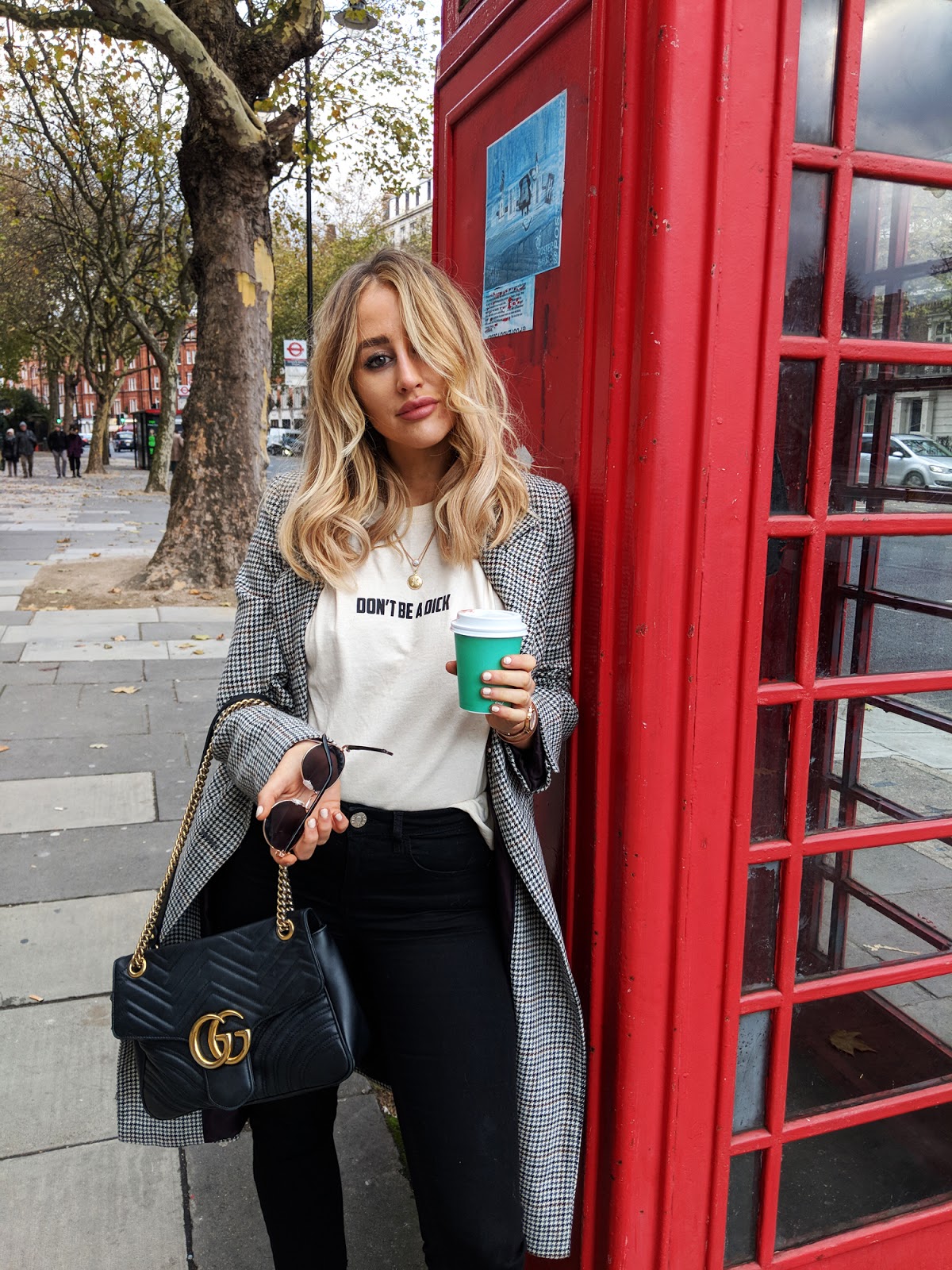 As I’ve said, I’ve been lucky enough to only have a few shitty comments, and I go through phases of being able to brush it off easily, and then on the polar opposite end of the scale, there’s been days when I’ve received a hateful comment on YouTube that’s made me feel so sad, self-conscious, worthless, and paranoid, that I cancelled all of the exciting plans I’d had for that day and I stayed in bed instead. It hurts. It cuts you and it makes you question yourself. I know not everybody is going to like you, but we’re not used to having somebody come up to us and tell us face-to-face why they don’t like us IRL, so having it written there in plain sight can definitely make uncomfortable reading.

What frustrates me so is how we’re expected to ignore and rise above it, when all I want to do is clap back. “Don’t add fuel to the fire! They want a reaction!” everyone always says. And of course, they are absolutely right. Skirting over the issue and ignoring the haters is the best way to deal with it, but it doesn’t mean I don’t want to have to stand up for myself and defend myself. And those times that we do stick up for ourselves, if we choose to, we’re still expected to be super nice and sweet about it when the truth is half of the time we just want to say “fuck you!” The perfect example is the wonderful Em Sheldon, who responded to some douchey comment about her pose in an Instagram photo with such sweetness, it was as though she put a gun to the trolls head and shot out flowers and rainbows back at them instead of bullets. Lesson in decorum learnt – that girl has the patience and serenity of a nun!

The hilarious thing is most of the time we’re just talking about clothes, or applying makeup, or sharing bits from our lives. It’s not like we’re doing 20 minute videos on why we support Donald Trump or something! How offensive can we really be? I literally want to tell you about my new dress, ok? 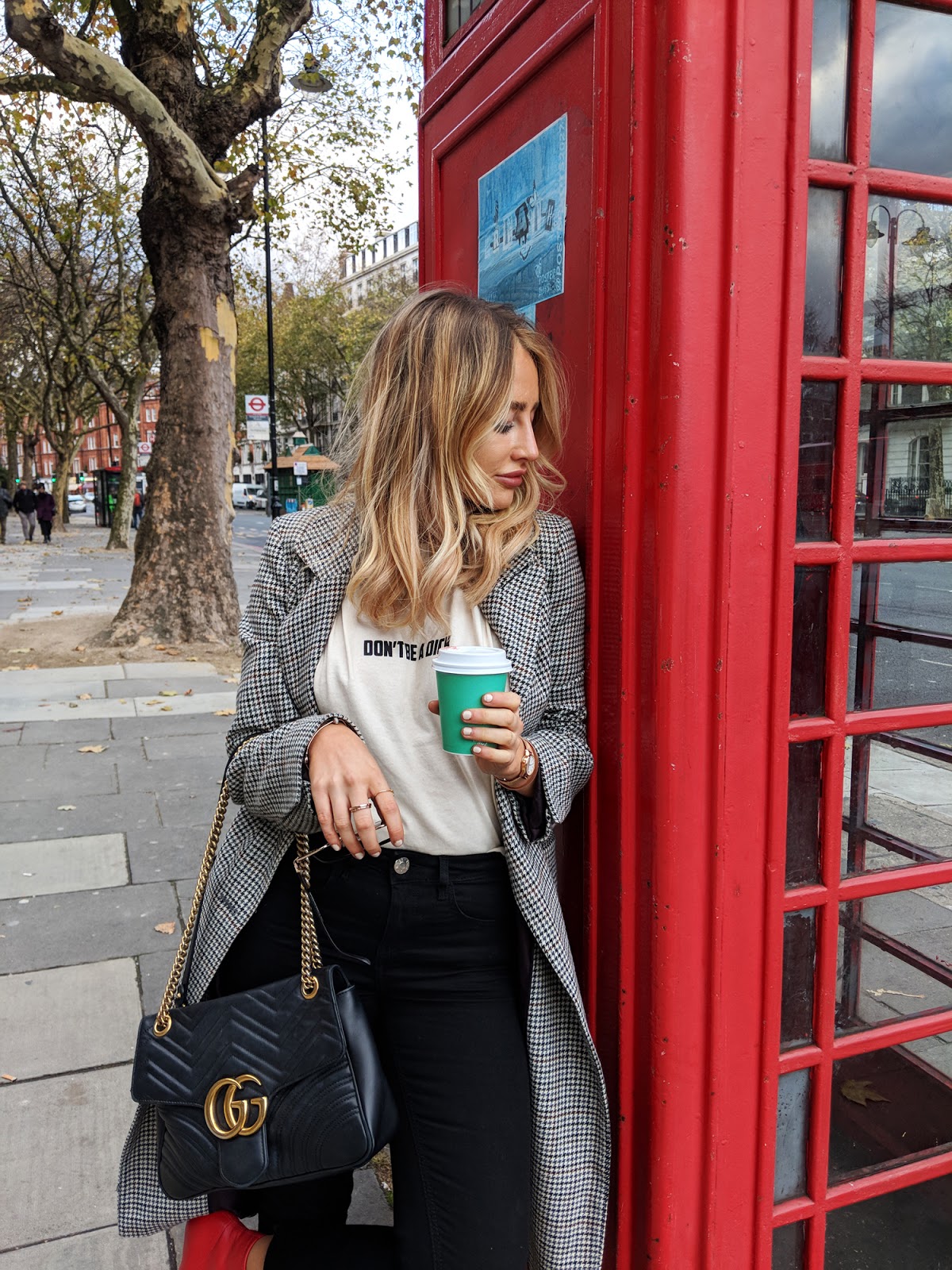 I love that I get to do this for a living, but I hate the hate that it opens me up to. I can’t help think about the long and short-term mental effects it can have on people in this industry. We’re told to brush it off – the whole “they’re just jealous” thing – but the truth is I will never ever ever be able to understand the mentality behind people that choose to write nasty things about people, directly to them, on the internet. Most days I believe that I’ve landed my dream job, by blogging full-time, but then when the nastiness comes seeping in, it poisons and tarnishes the hard work and effort I put into what I do, and quite frankly, it’s the only thing that makes me think “I can’t do this” and want to quit.

This line of work is an emotional rollercoaster. The highs are the highest – last week the team at LIKEtoknow.it whisked me away to a 5* resort in the Austrian Alps where we were taken on helicopter rides, gifted Temperley London dresses, and there was a sauna in my suite. I could have cried for feeling so damn #blessed that I get these opportunities and it makes it seem like the long nights, early mornings shooting in subzero temperatures to *get the shot*, and nasty hateful comments are all worth it. But then, the lows are also the lowest – professionally – that I’ve felt. And when you read those horrible comments about yourself, of course it sticks, and you begin to question whether the perks are worth the emotional turmoil of it all.

But of course, that’s kind of what they want, no? I did a little research into why haters hate so openly – and this confessional piece really shed some light on the situation. Trolls and haters do it because they’re bored. Because they want attention. Or because they’re unhappy with their own lives. And in fairness, we all know it, don’t we? It’s just sometimes a little hard to remember it when we’re reading about how fat our ankles are etc (actual lol at that)

What really worries me, however, is the generations below us. I’ve written about how I was bullied when I was in school – but at least that could be escaped. When you came home from school everyday, you’d leave the bullies behind. But children these days are growing up with internet access where they can constantly be targeted. I’m in my twenties and these comments make me feel miserable – so how must an insecure 13 year old be affected? It’s heartbreaking.

But there is lightness in all of the misery and darkness. As I see more and more people open up and talk about the hate they get online, and how awful it makes them feel, I’m seeing more and more obvious love on the internet. You just need to look at influencers comments on each others images to see the incredible girl-gang sense of support.

“KWAYNN!!!!”
“OMG U SO SEXY LOVE U”
“LITERALLY YOU ARE SUCH AN ANGEL I CANNOT COPE”
“WHO CREATED SUCH A PERFECT CREATURE?”
“YOU ARE TOO BEAUTIFUL I MIGHT DIE”

It’s all so damn dramatic, but these absolute outbursts of appreciation on the internet for each other are so very, very appreciated against all of the hate. I just wish that the good comments left as much of a lasting impression as the bad ones.

“What do I wear to an afternoon tea?” – It’s a question I’ve been asked by my friends a surprising amount of times. I’d like to…

Every time someone tells me “you should wear less makeup”, or I see a post telling me to ditch the cosmetics to embrace my “true…

3pm hits at work – a sedated mid-afternoon lull that can only be cured by 15  30 minutes procrastination on the internet. Cue a skim-read…

*aka, how to get your shit together for the new year before it’s too late New year, new you? Not necessarily. Same you, but better…

Do you remember premium skincare brand SK-II’s campaign that went viral for all of the right reasons last year? It touched on China’s Marriage Market,…