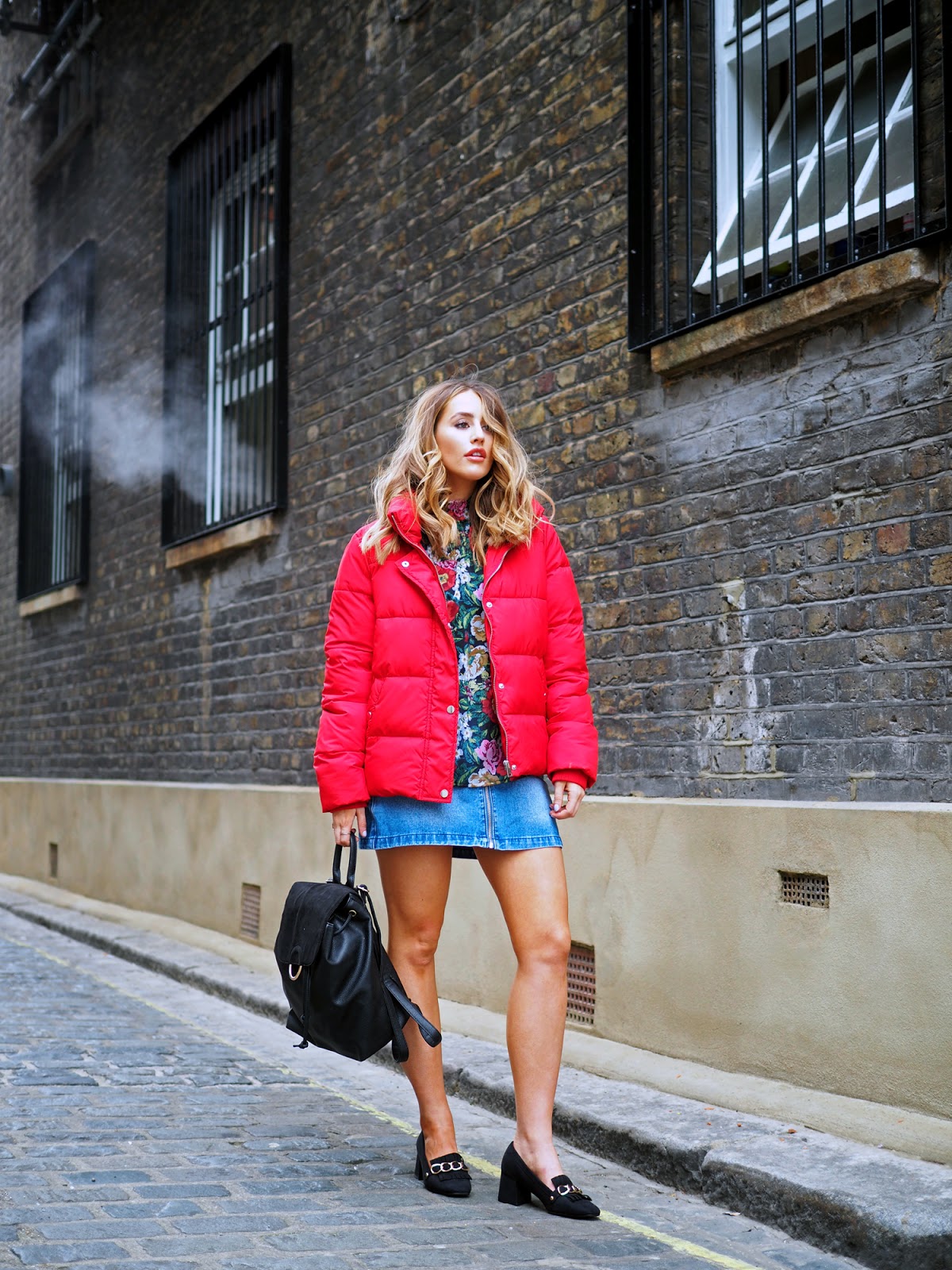 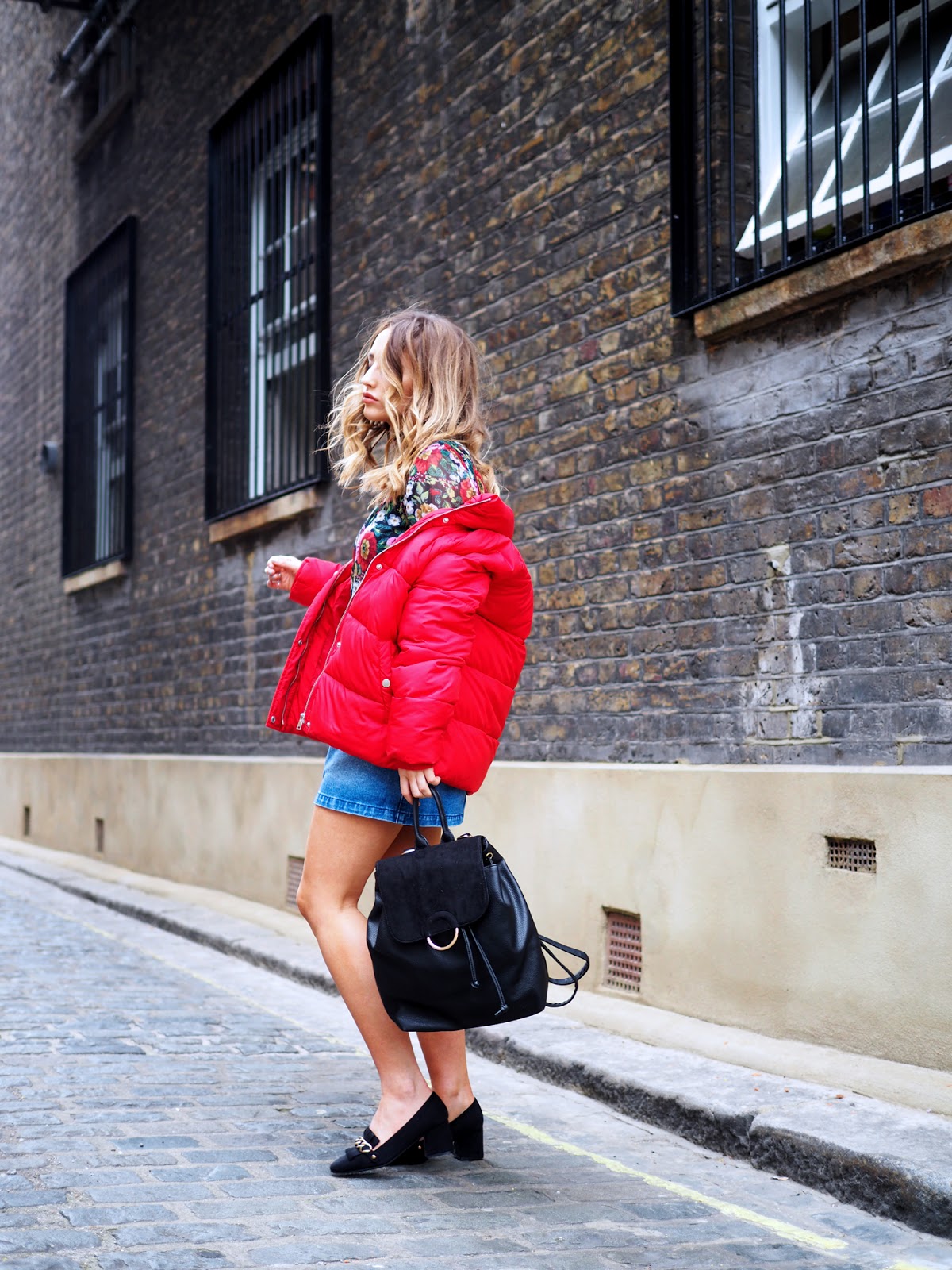 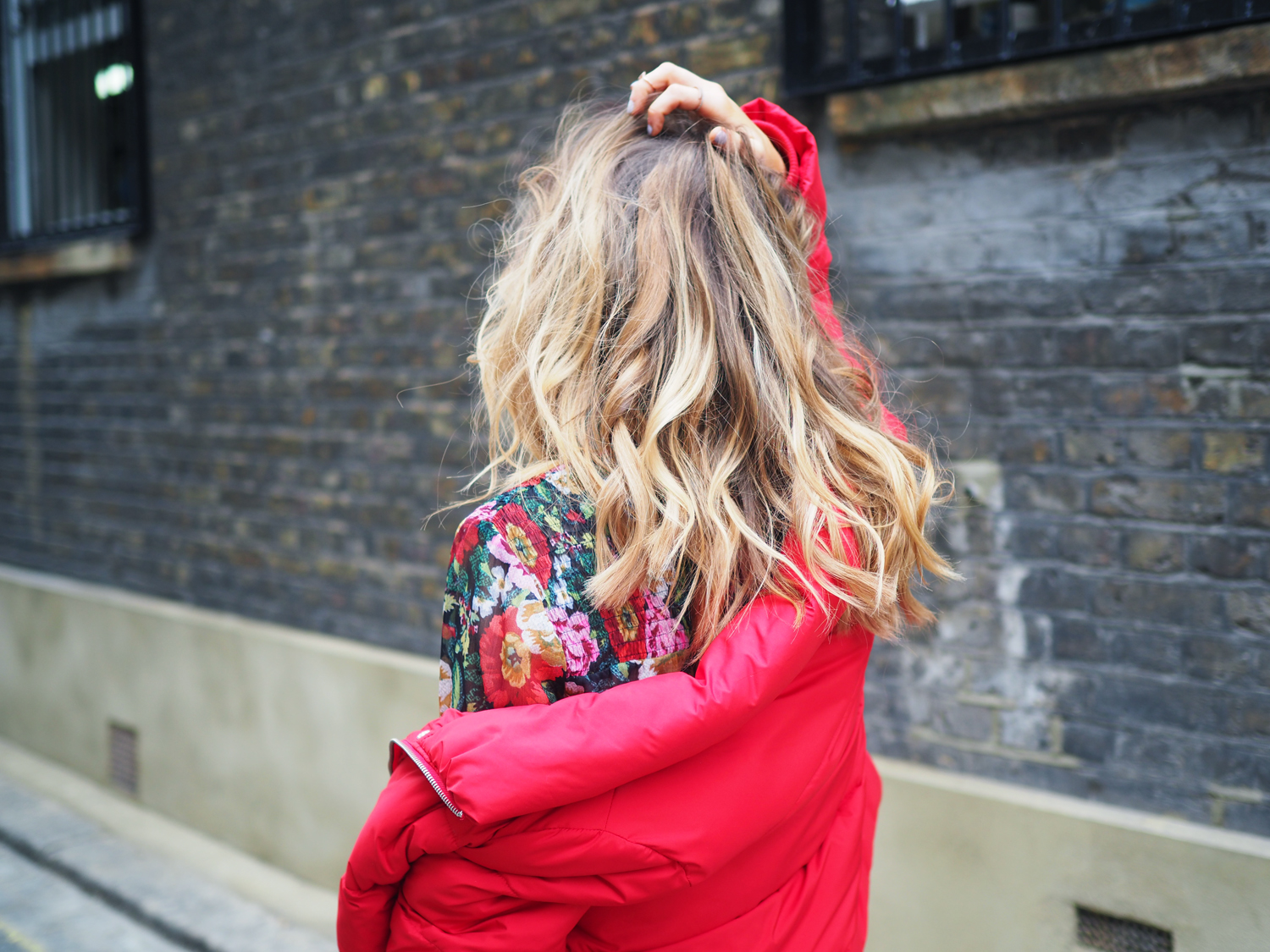 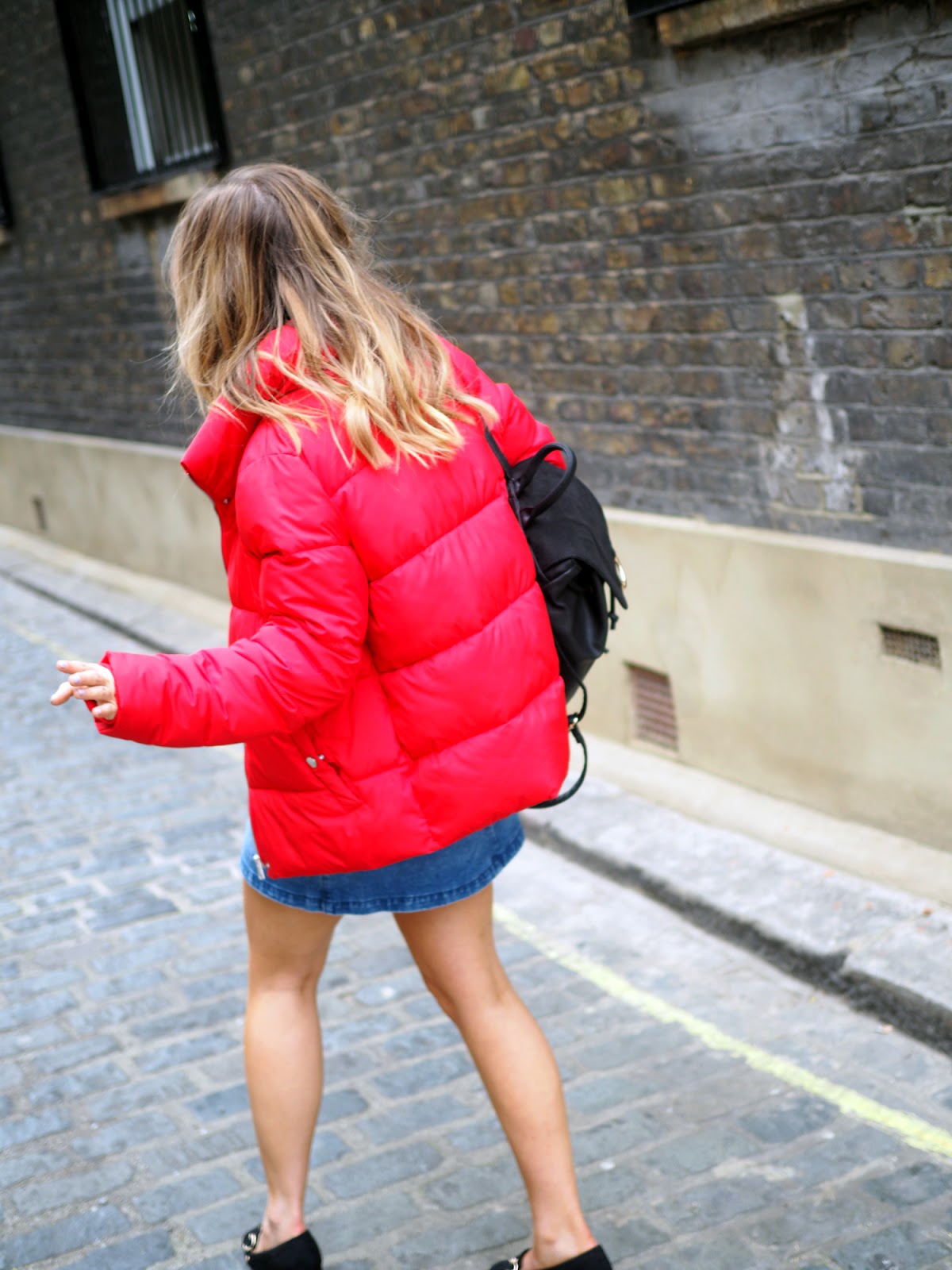 It’s okay everyone – if you invested in a puffer jacket last year, you can pull yours back out of your wardrobe because it’s safe for another season. Didn’t invest because you thought it was just a one-season wonder? Girl, what were you thinking! But it’s still okay, because Matalan’s oh-so-Balenciaga-inspired red puffer certainly will not break the bank at £20 a (colour) pop (sorry, couldn’t stop myself)

What’s so great about the puffer jacket? Well, it’s basically an item that your parents dressed you in as a 5 year old that’s now totally socially acceptable to wear as an adult. Not only that, but it’s practical too. My go-to jacket last year was a puffer because it was basically like being hugged by a giant cuddly person with a perhaps slightly worrying above-average body temperature. Amazing! That said, it’s still super lightweight to throw on now with jeans and a T-shirt, during this awkward transitional season time. 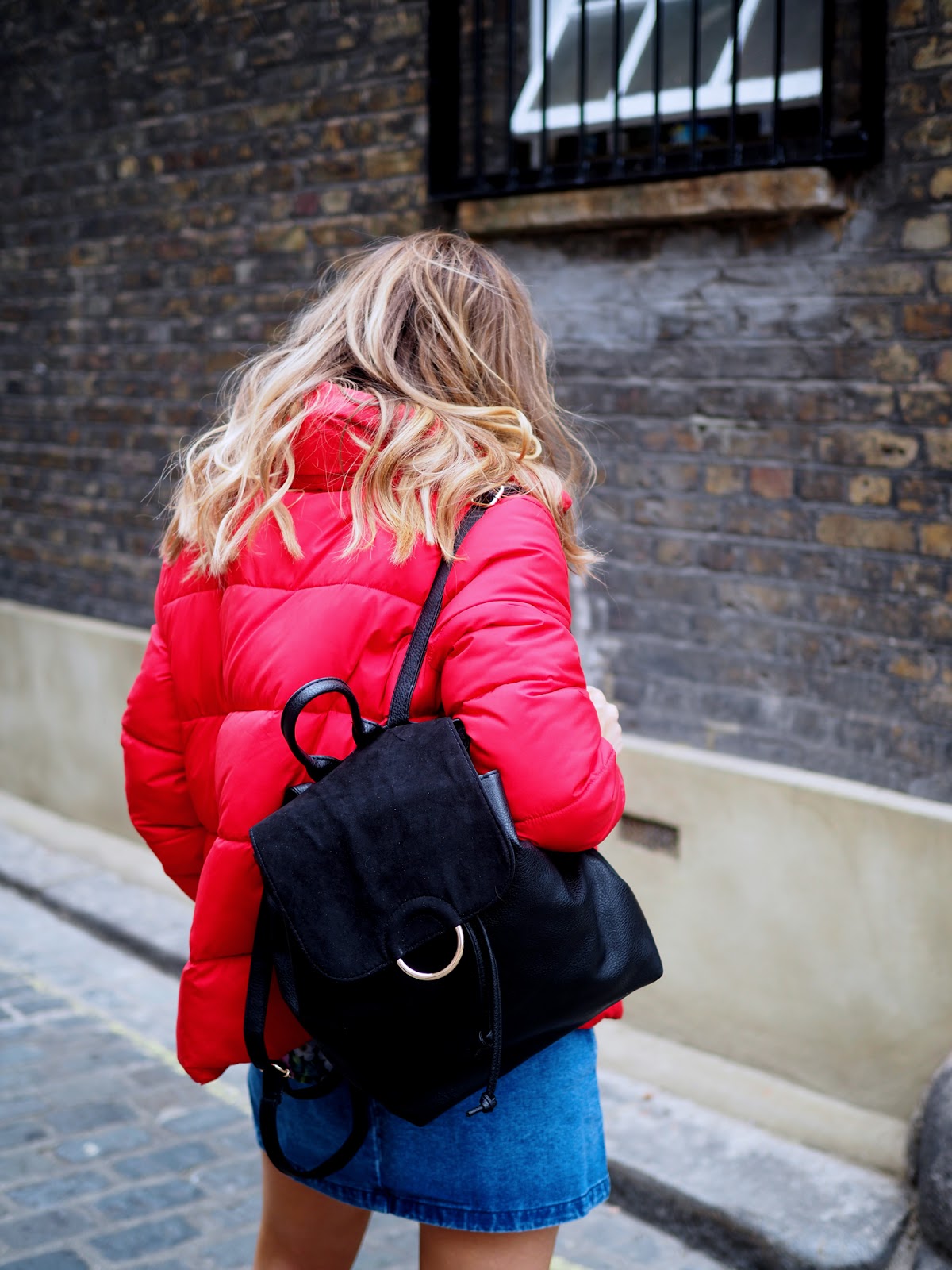 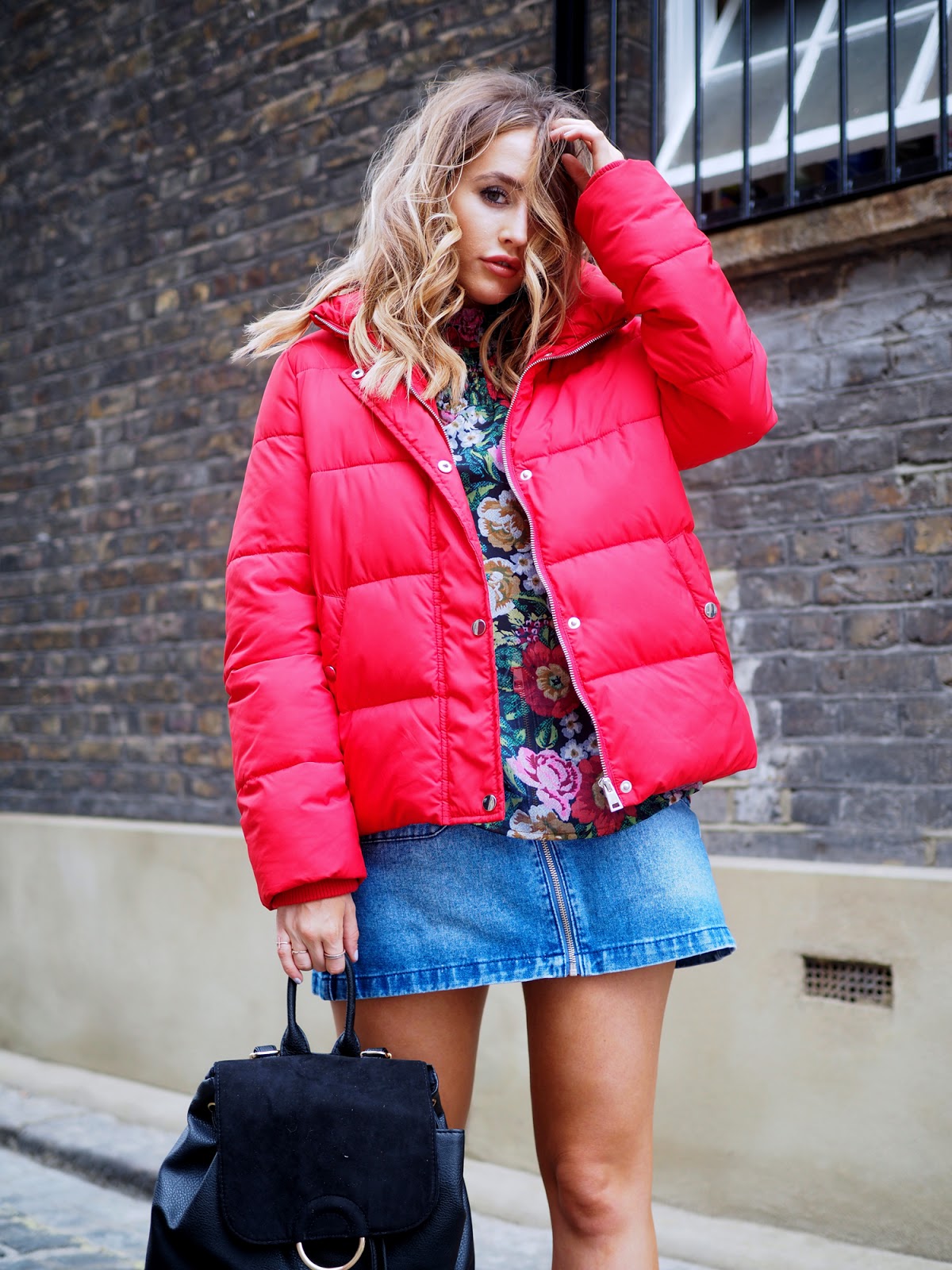 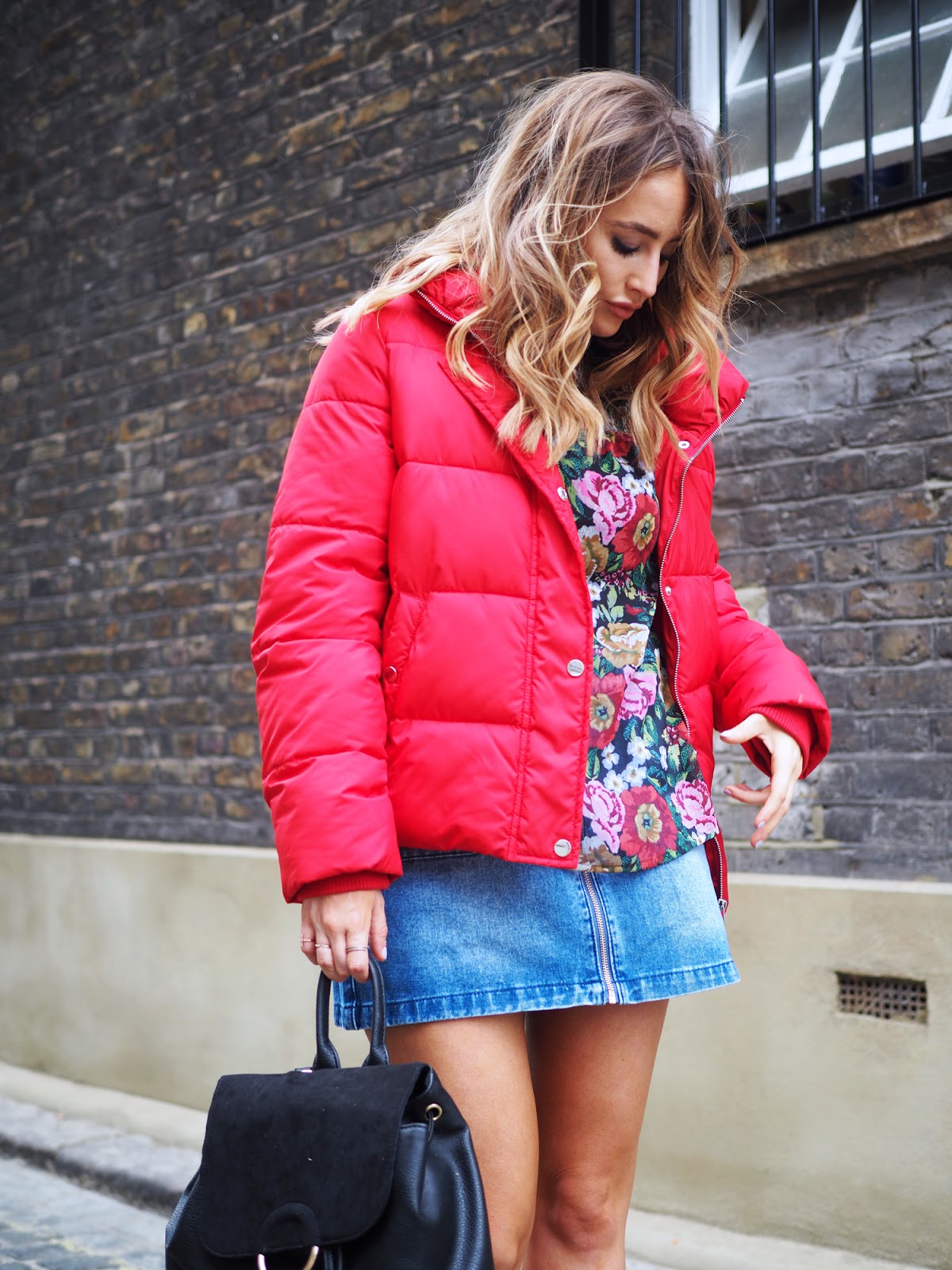 Transitional dressing can be a tricky one to master. But this jacket makes it easy. For starts, it’s so bright that it takes centre stage with whatever you’re wearing – so you don’t need to think too much about that. But if you do want to think beyond that, it’s totally layerable for those colder days, and will add a retro 90s sports edge to any outfit.

I played around with the look a little bit. You all know by now how firmly I worship at the alter of denim, so a skirt in said fabric was an absolute no-brainer. But add a dainty floral blouse, and it lends the look a contrast of themes in a totally subtle way (sporty urban girl vs dainty floral girl.)

And if Matalan hadn’t already thrown a few puffer-jacket-shaped sartorial curveballs your way, these loafers riff on Gucci’s but with a £16 price tag instead, and the backpack is most certainly a high-street nod to Chloe’s Faye backpack. 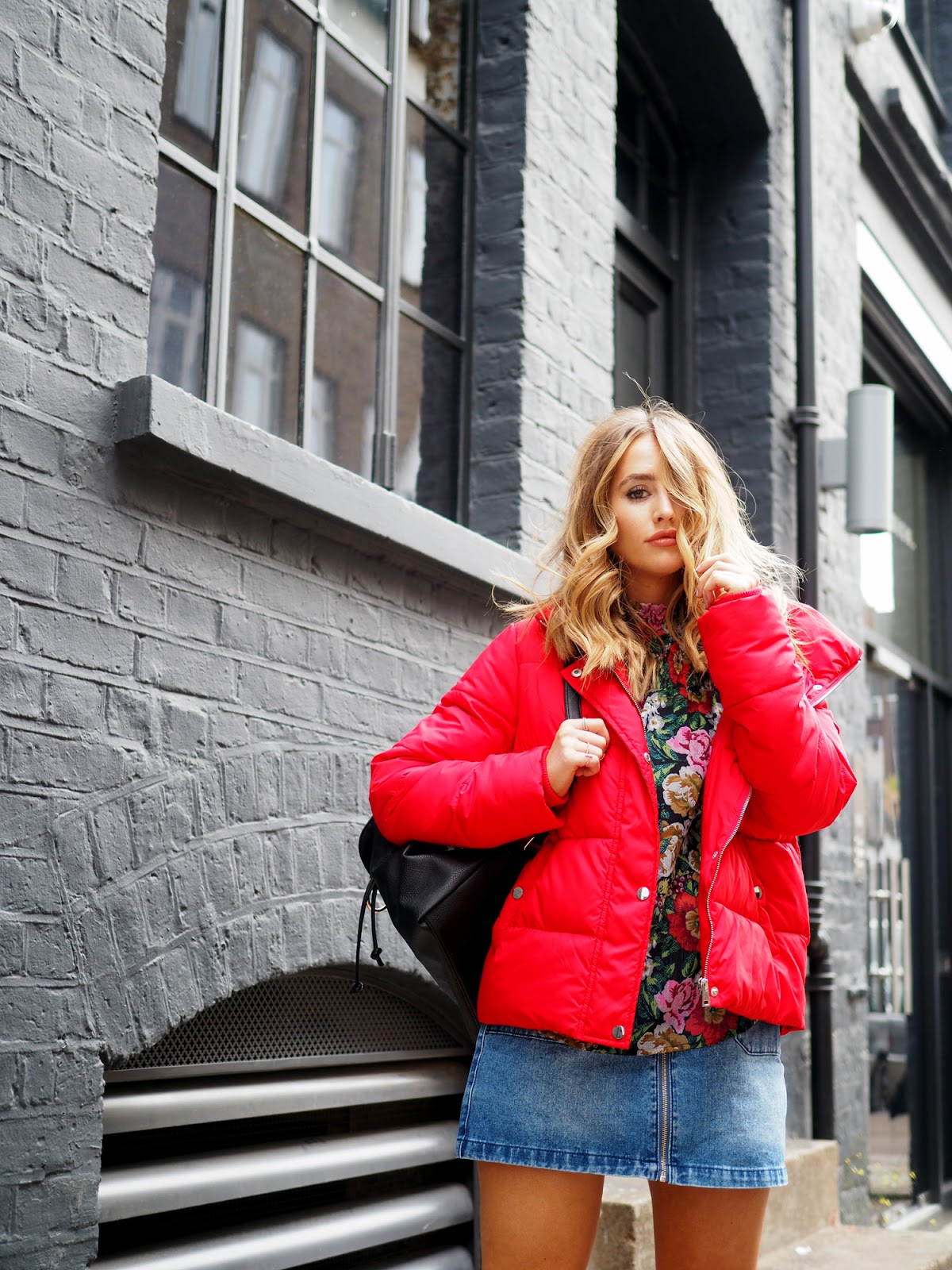 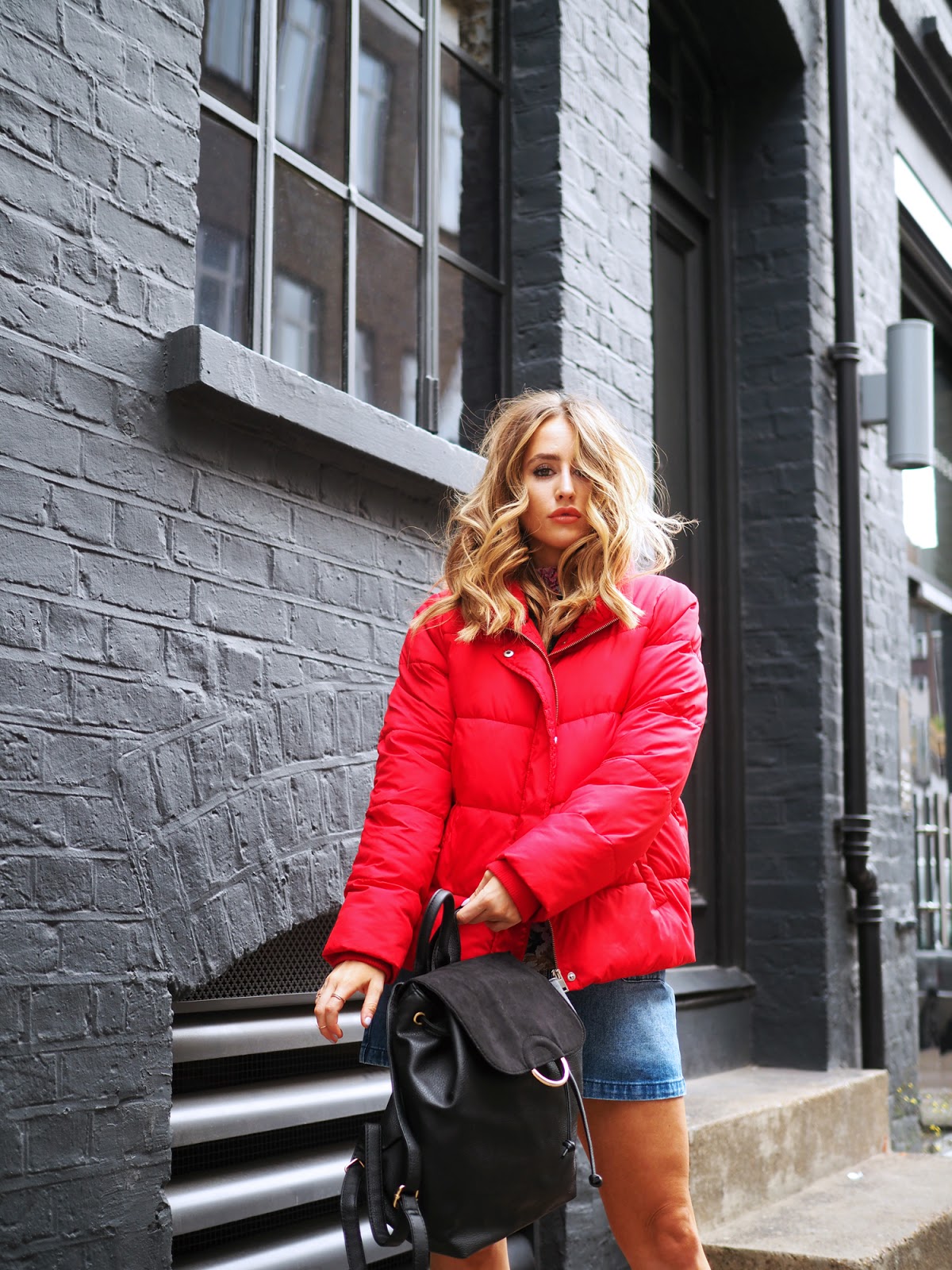 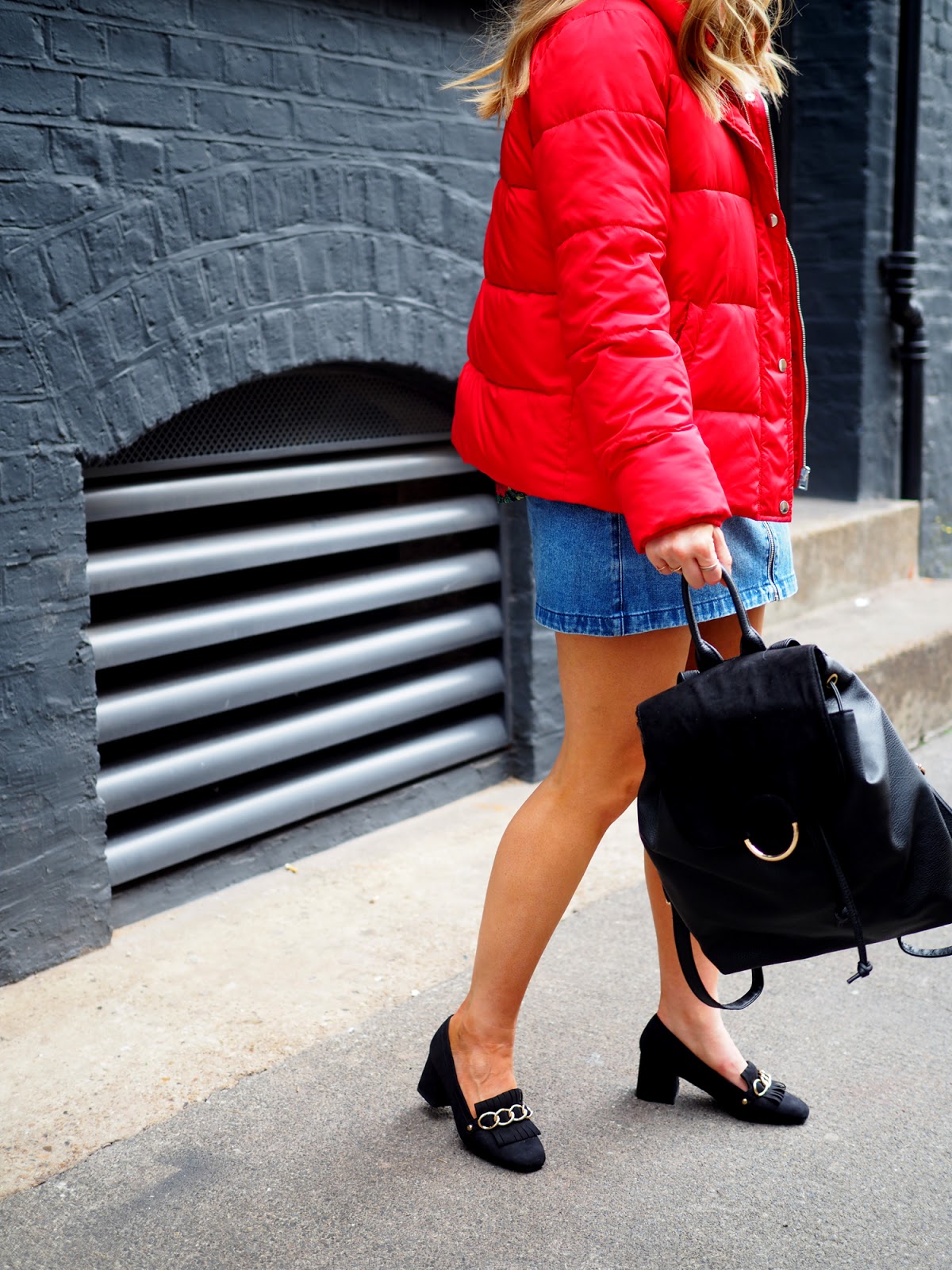 You can pick up this jacket in Matalan’s Now Or Never Deals – a series of deals happening on different days from 25th-29th August, with huge discounts across fashion and home essentials.

The phrase Never Fully Dressed has been stripped back to its literal meaning, because I have been spending 95% of my life just so: never…

Sass and attitude. Sassitude? Erm, go on then…  I know what you’re thinking: it’s only August and you’re already talking about autumn? Again? But on…

Girl’s Night Out uniform   Marilyn Monroe – she made that phrase as timeless and iconic as it is today: diamonds are a girl’s best…

High necklines, swinging A-line silhouettes and thigh-grazing hemlines – yes, there’s a lot to love about the Eliza dress, my second instalment of what I…

”OMG where did you get that?! I really like to avoid using clickbaity sounding titles that use verbs like MUST, NEED, SHOULD (!!!) to stress…

Picture this: you’re turning up to Sunday dinner at your Nan’s house, wearing your favourite brand new not-so-new-looking jeans, all ripped-up, shredded, as though they’ve…