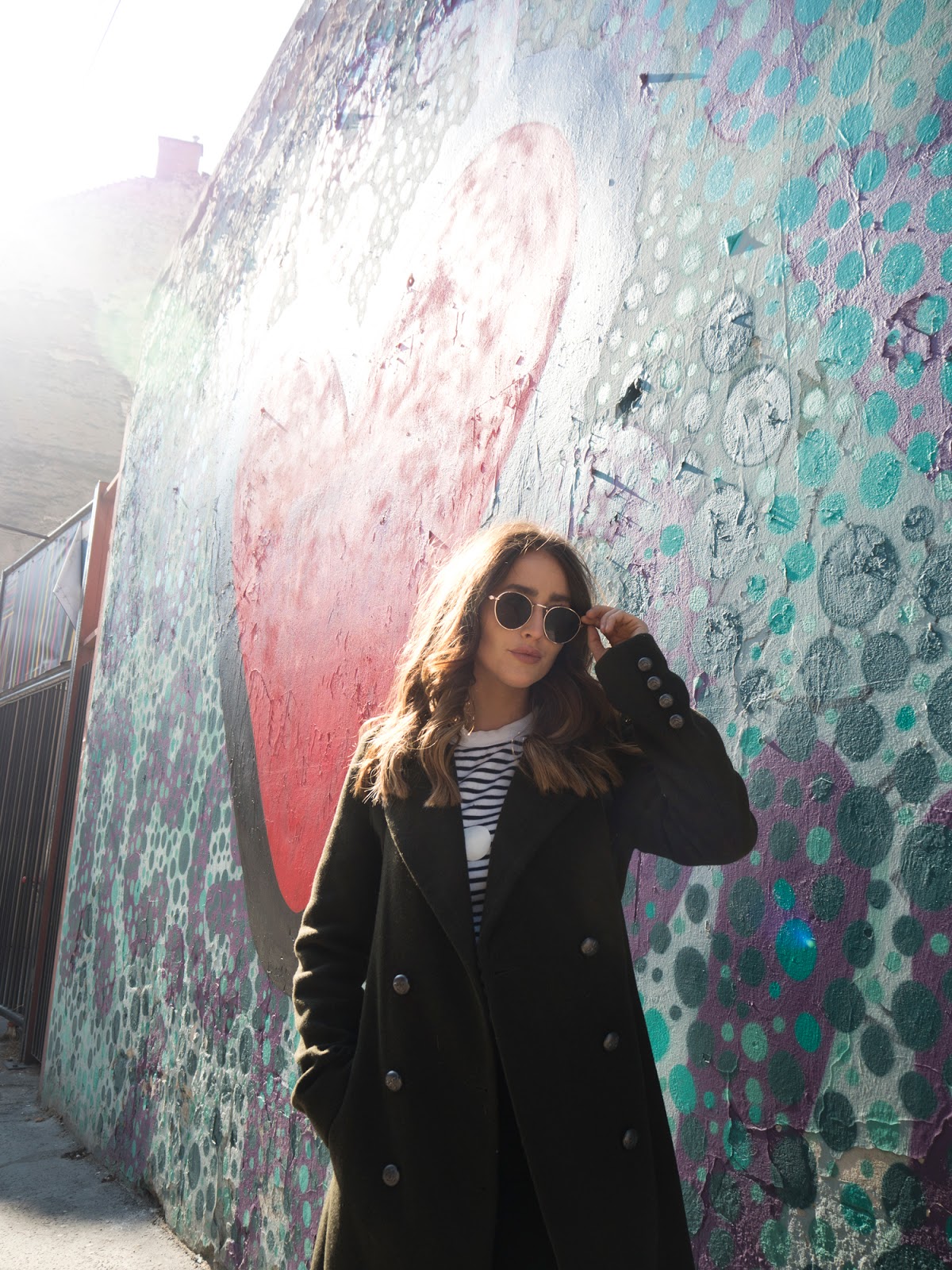 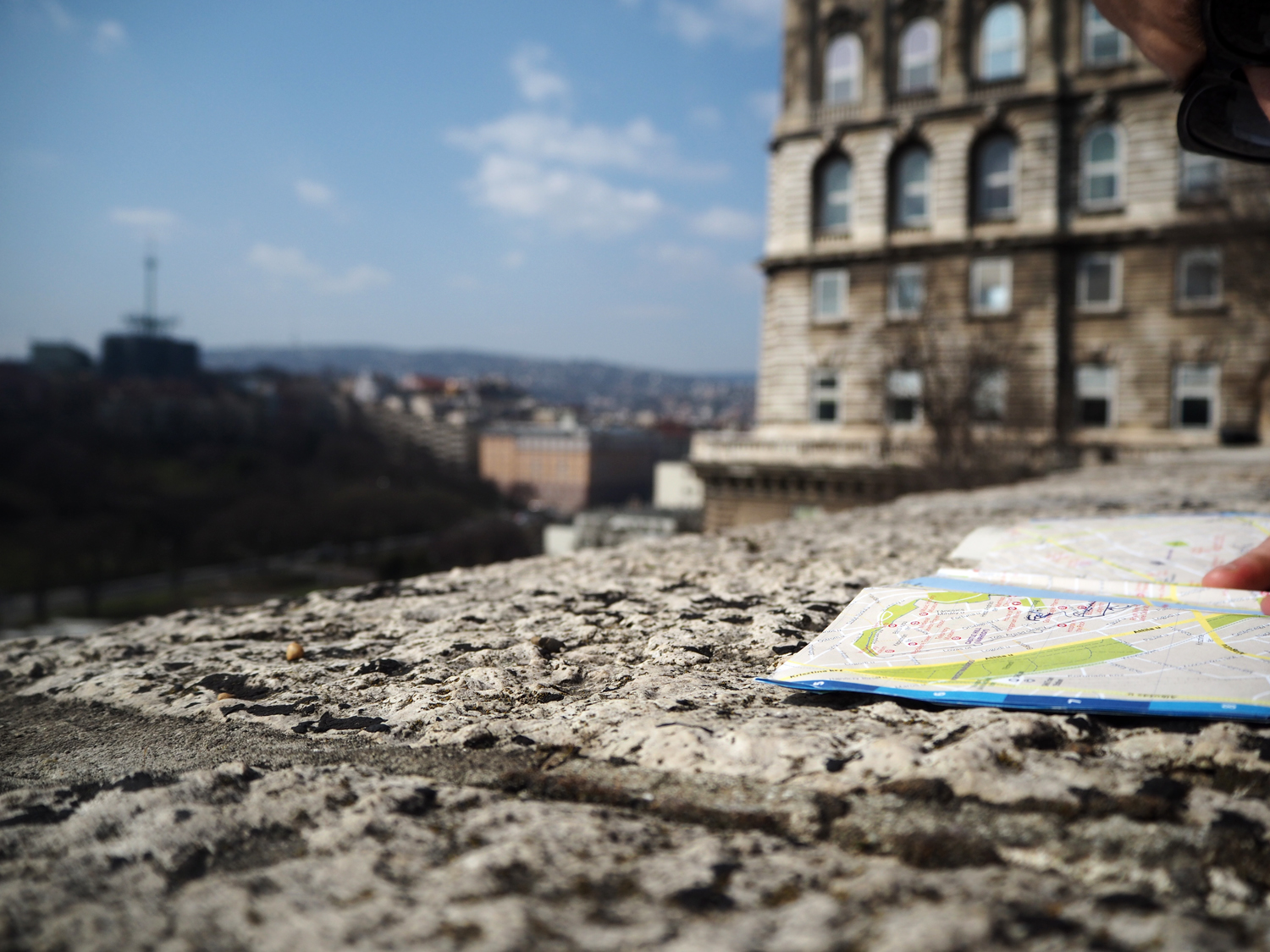 True story: every single reaction to my news that I was going to Budapest went along the lines of “oh my god it’s my favourite city break in Europe!” – So obviously, my expectations were sky high. Considering I had booked the trip on a whim as a Valentine’s present for my boyfriend, I felt like I’d lucked out as I hadn’t particularly done too much research into the city beforehand. But it was cheap to book, and buying your bf a trip as a present makes you feel like a little bit of a baller – what! It does (even if it did only cost £210 for both of us) And, like I mentioned in my post on the pressure we feel to constantly photograph everything, it gave a perfect opportunity to get plenty of content and create the first in my new series of stylish city guides.

I’ve done city breaks the wrong way: namely, not planning a damn thing and feeling miserable and disappointed when I ended up eating in crappy overpriced restaurants or walking around forever with no real idea of exactly what sights I wanted to see. Nobody wants to return from a trip to be asked “oh did you see X or go Y or do Z?” only to reply, no, no and no. I want to go on trips and see the best the city has to offer, and go to the kind of places that I’d frequent if they were in my home town whilst also soaking up something totally new and fantastic. So, I figured I’d start these stylish city guides on Fashion Slave to show you an edit of the best tourist traps, and the most stylish spots in town.

And what can I say, Budapest certainly lived up to its reactionary reputation of “omg best city break EVER!” – because it well and truly was. It’s such a short flight from the UK, it’s incredibly cheap, and I’d say it’s way better than Paris. Yeah, I went there.


So what’s so great about Budapest?

The city oozes charm, felt incredibly safe, it’s cheap, and had the most incredibly relaxed and friendly vibe I had ever experienced in a city break before. There was a certain East London element to it, with street art on every corner and interesting architecture. It’s so damn cheap, too. And for you guys who LOVE foliage – indoor plants and cacti galore – you’ll feel at home here. Oh, and did I mention it was cheap? We ate and drank like Hungarian Kings and Queens and spent around 1/3 of what we would have done had I booked somewhere that worked in Euros because well, blah blah Brexit.

It’s a city famed for its thermal baths, and whilst we checked out the grand yellow Széchenyi baths, I can’t provide photo evidence because for some reason there were a million teenagers there and I didn’t want to leave my phone or camera poolside. But trust me – go.

So, dive right in and enjoy the most cultural, touristy, and stylish spots Budapest has to offer.

Oh, and stay tuned for my Marrakech guide which will be coming next month! 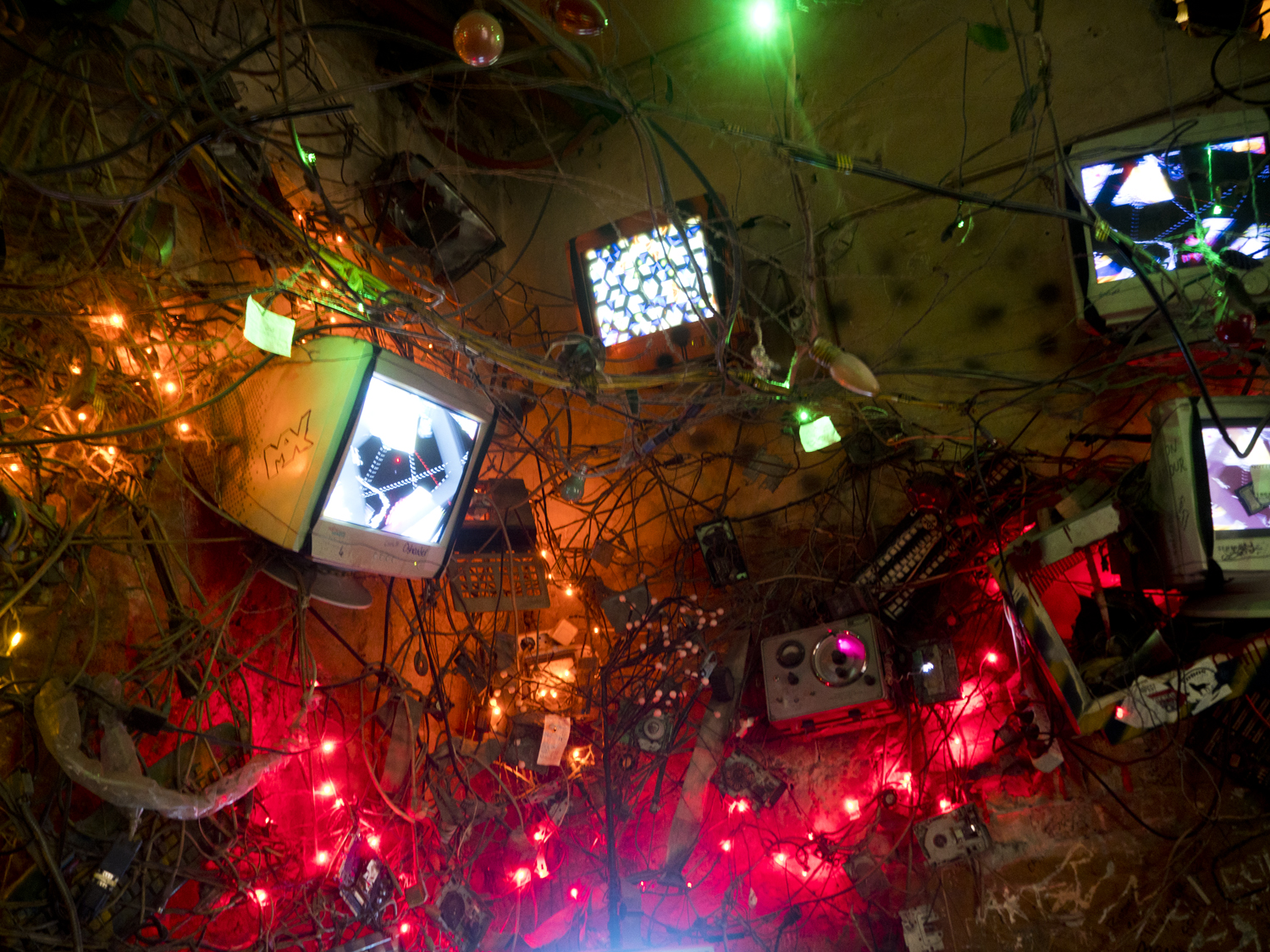 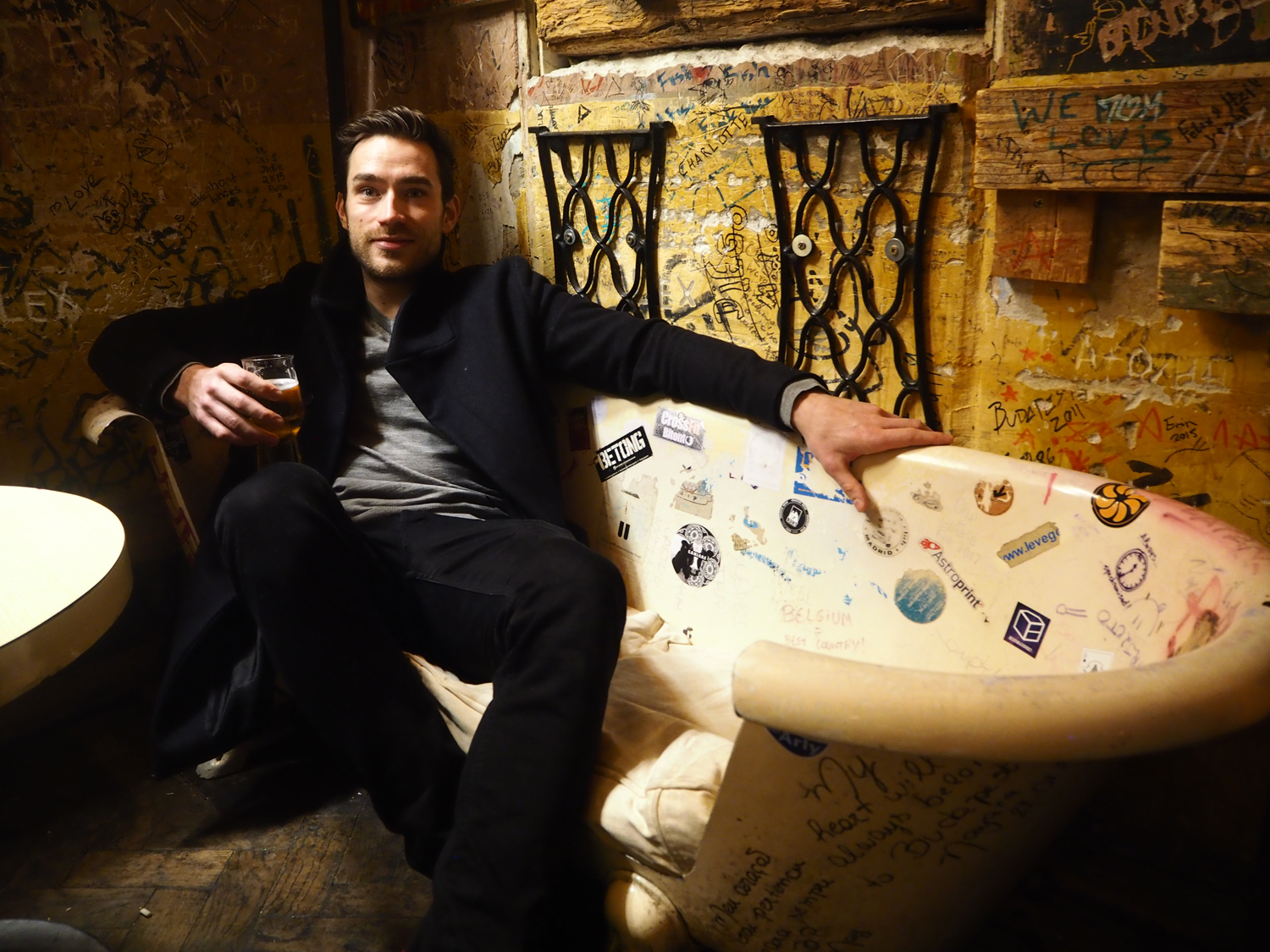 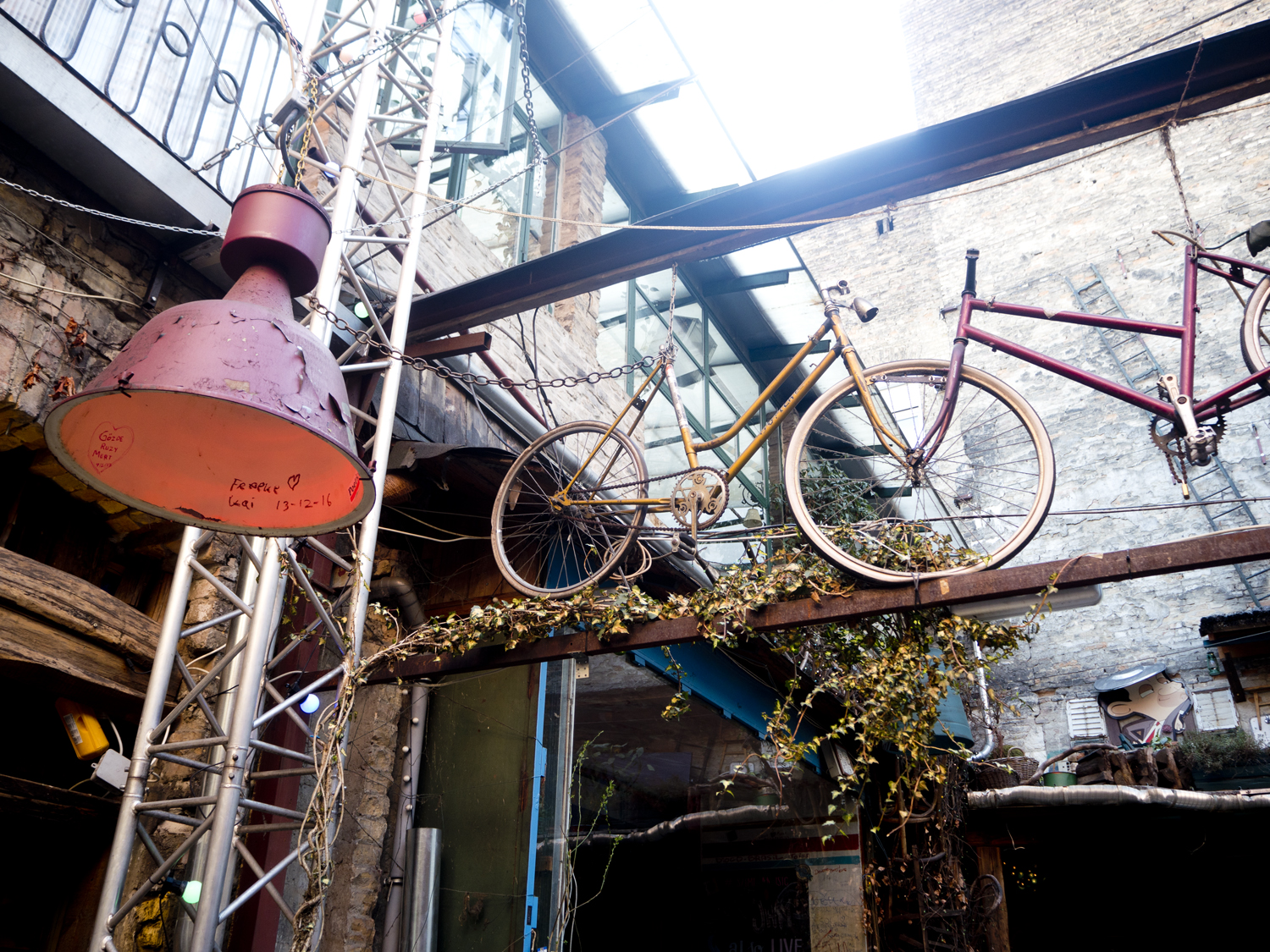 The second thing everyone who told me how great Budapest is said, is that the ruin pubs are an absolute must – and they are. So what are ruin pubs? Abandoned buildings that have been transformed with eccentric decor – I’m talking graffiti all over, random decorations, bikes and cars suspended from ceilings, and even bird songs in the bathroom – to host arts events, DJ’s, bands, and serve food & drink.

There’s a few, but if you only go to one, make it Szimpla Kert. Honestly, there’s nothing like it that I’ve been too before, and I simply don’t think it would work over here in London without turning into a pretentious hipster trap, that would then become ‘mainstream’ and uncool because no cool people would go there anymore. Whilst it looks just like a hipster spot, Budapest’s Szimpla Kert is anything but, and you’ll see anyone from old couples to stylish groups in their twenties and anything in between. And then some hipsters.

I say explore this place, because there’s so many different rooms you’ll be pushed to find your favourite little spot. The bath (pictured with bae in) is one of the tops photographic spots in the place! Head upstairs, to the back right to find it. It’s a hard place to truly try and capture in words, but it is the absolute must-go place in Budapest.

Line your stomach, pre-cocktails, at the street food market right next door. Here’s a few gifs of the absolute delights on offer.

For Chic #InteriorGoals with Delicious Food To Match – Liberté 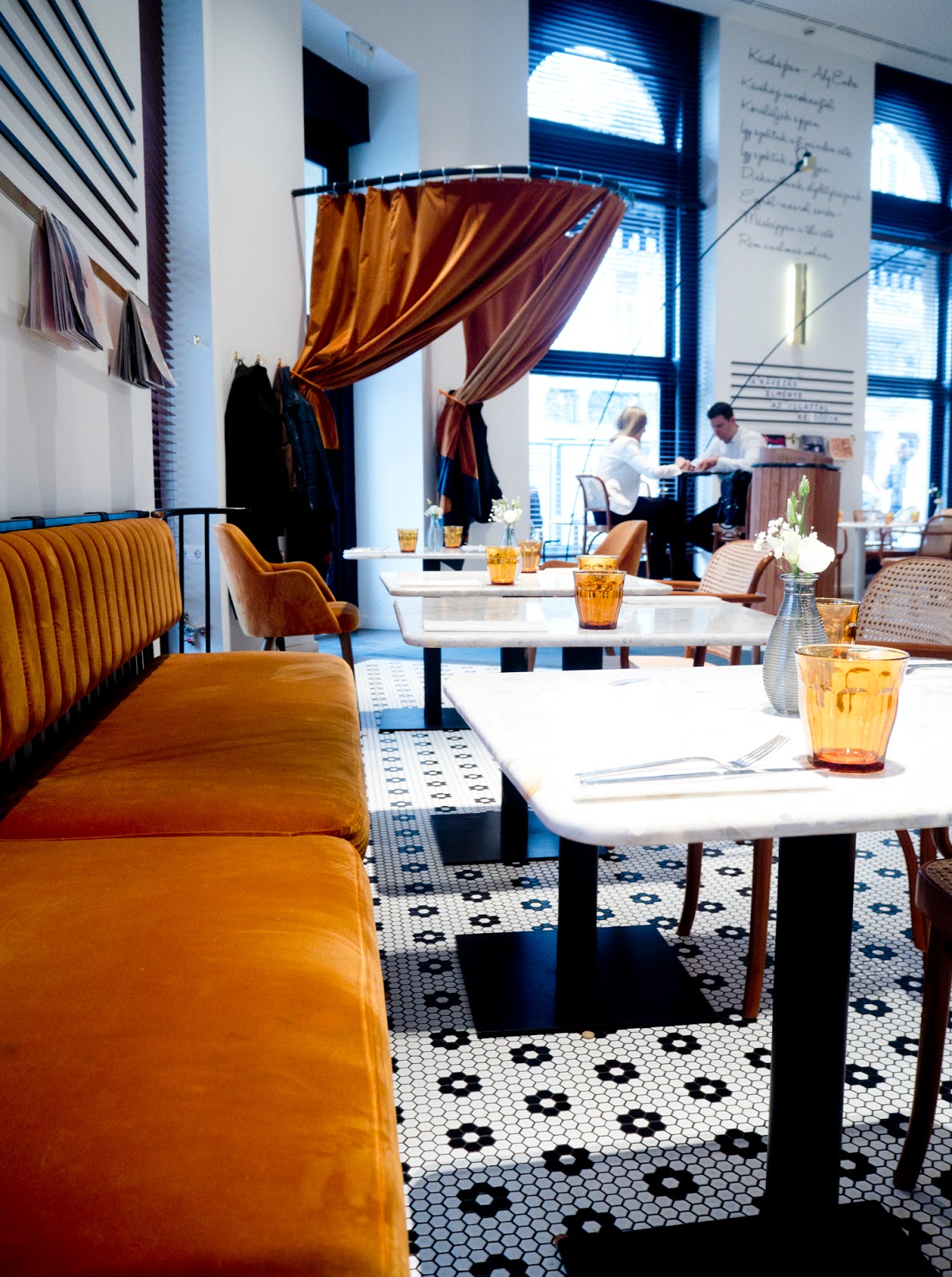 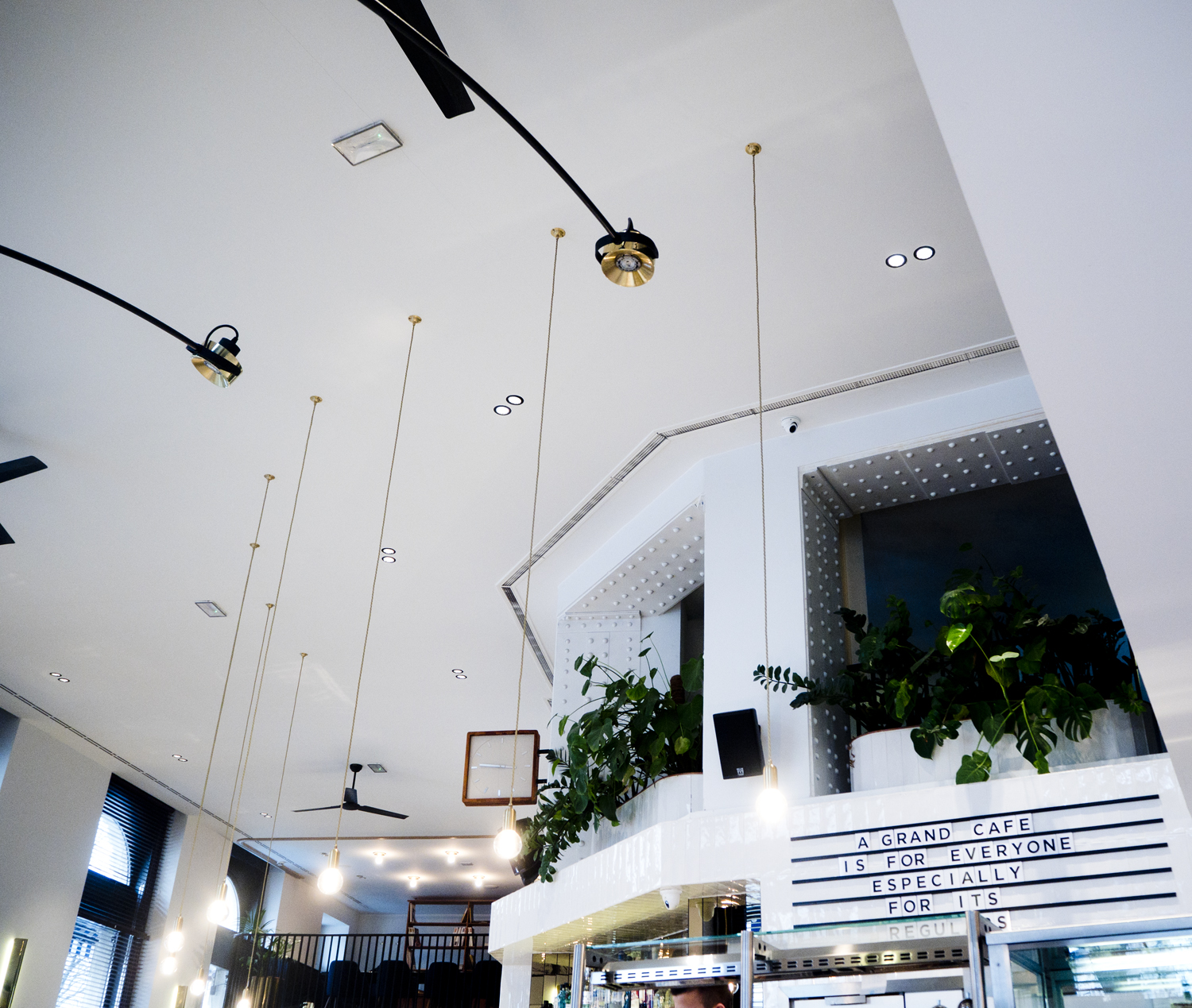 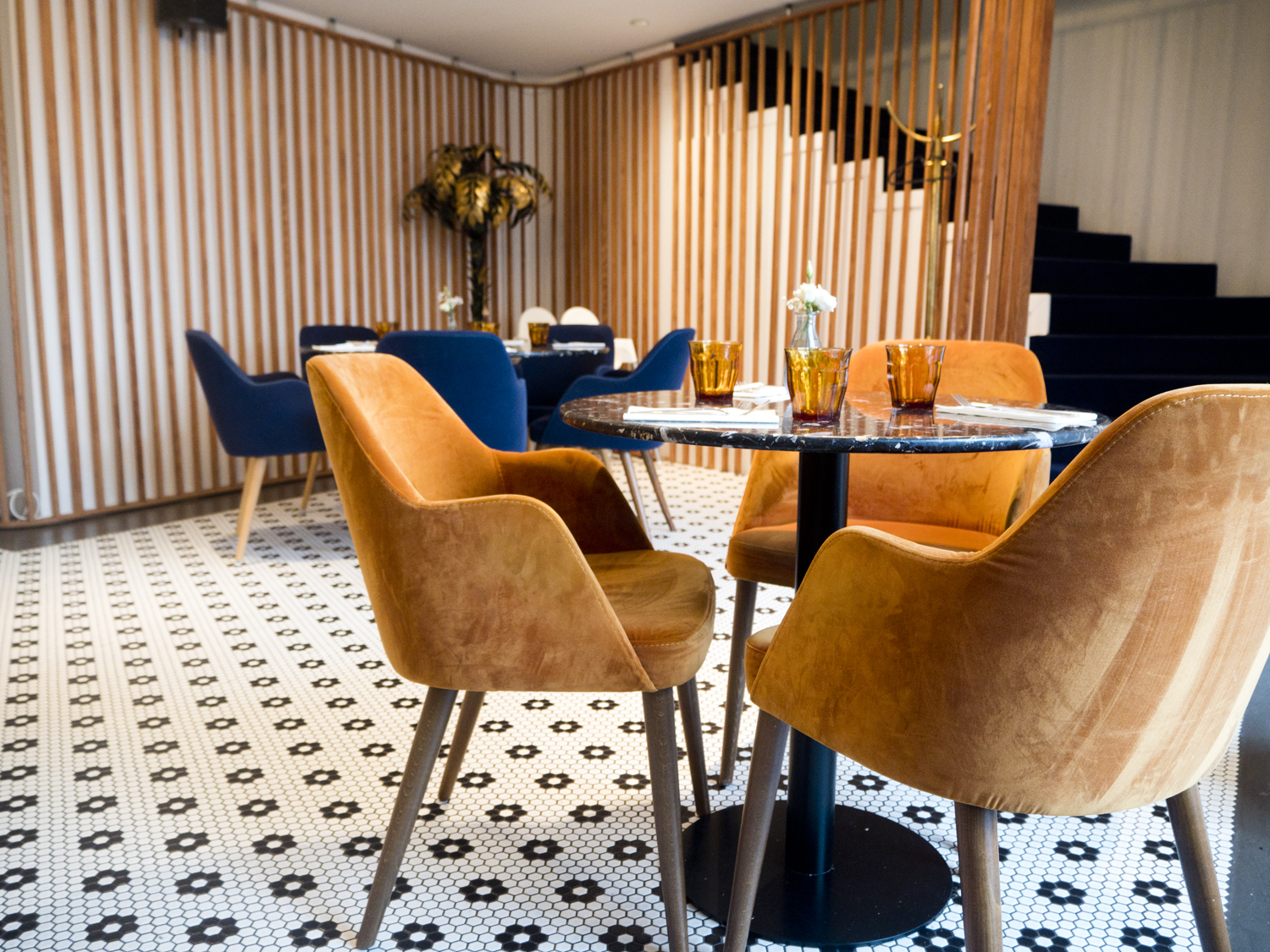 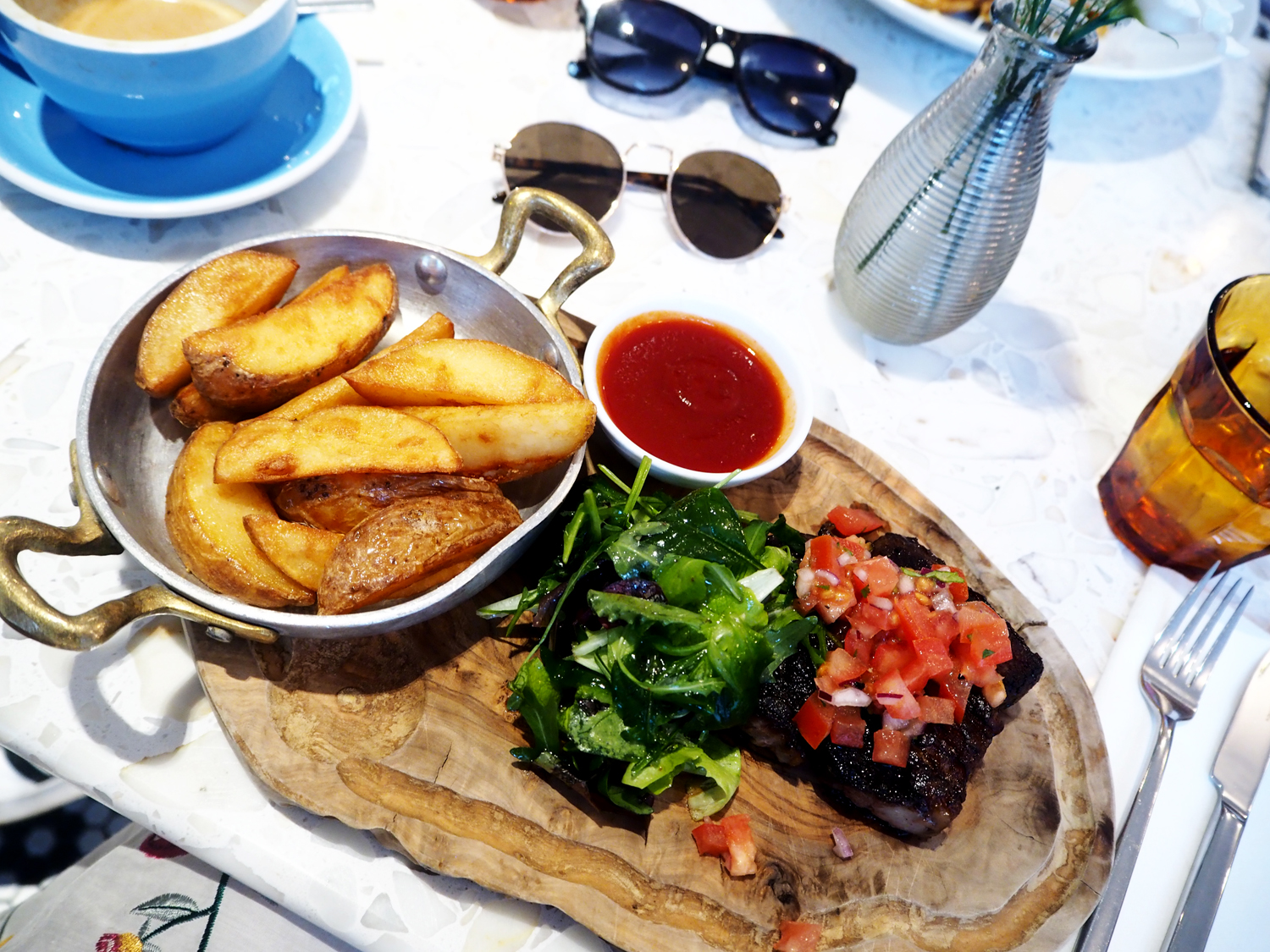 Oh my god. Liberté was like Pinterest heaven. Mustard velvet seats, contrasting blue hues throughout, glossed tiles, aforementioned foliage, bronze hardware and a gilded palm tree – it’s an Instagram lovers dream. If you find your regular city haunts are stylish places, this will be your jam, and then some. A guitar and violin serenaded the guests without feeling weird and tacky like awkward hotel entertainment. It feels modern and contemporary, whilst holding a vintage je nais se quois and did I mention the food is to die for? We ate two main meals with coffees and drinks all for what came to 18 euros (although Hungarian Forint is the currency, most places show prices in Euros too.) The menu covers traditional dishes alongside contemporary eatery favourites – ahem, burgers. The wild boar ragu is divine and this beef brisket was melt in your mouth delicious.

Best for Traditional Hungarian Goulash & Stew (With Some Modern Elegance) 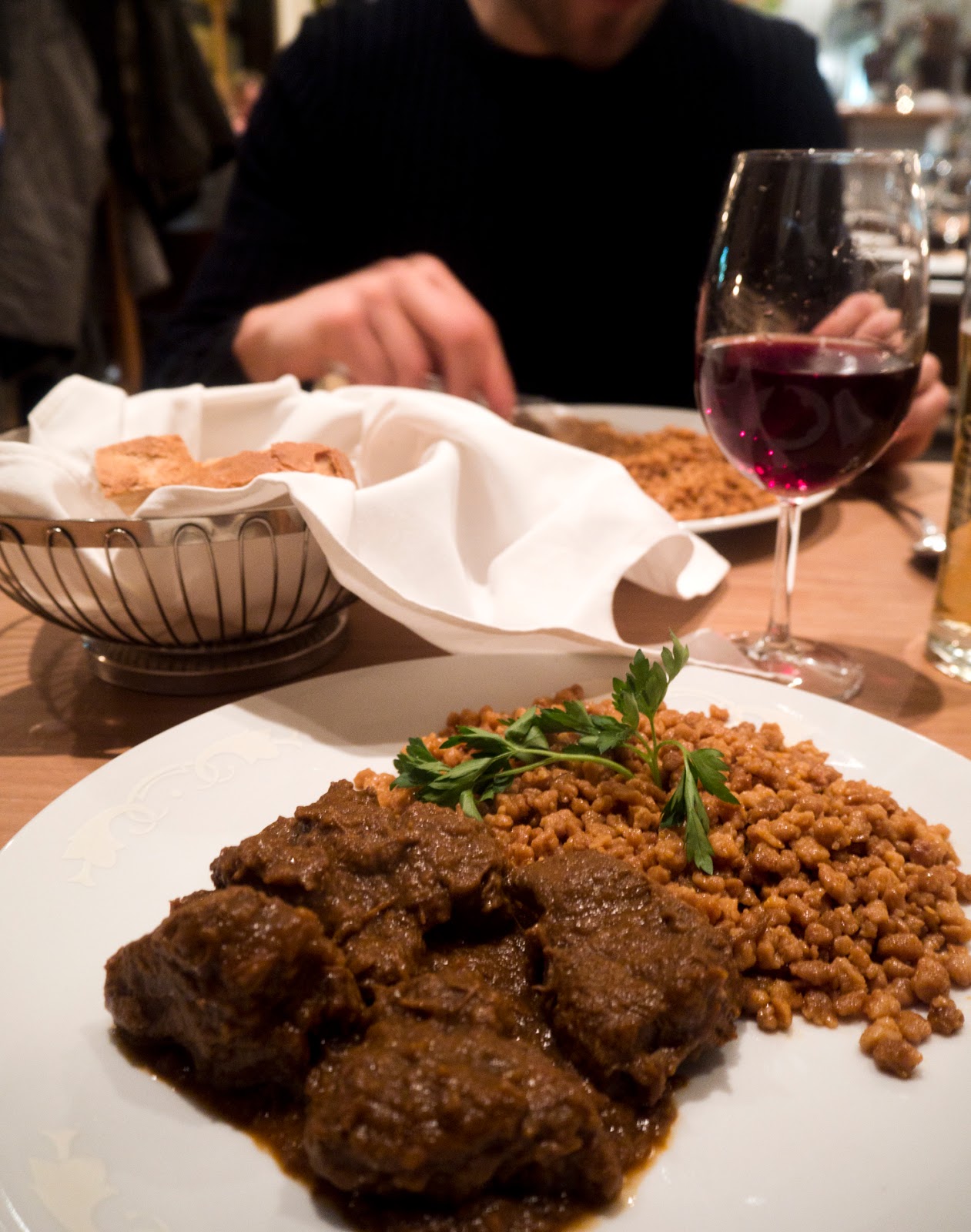 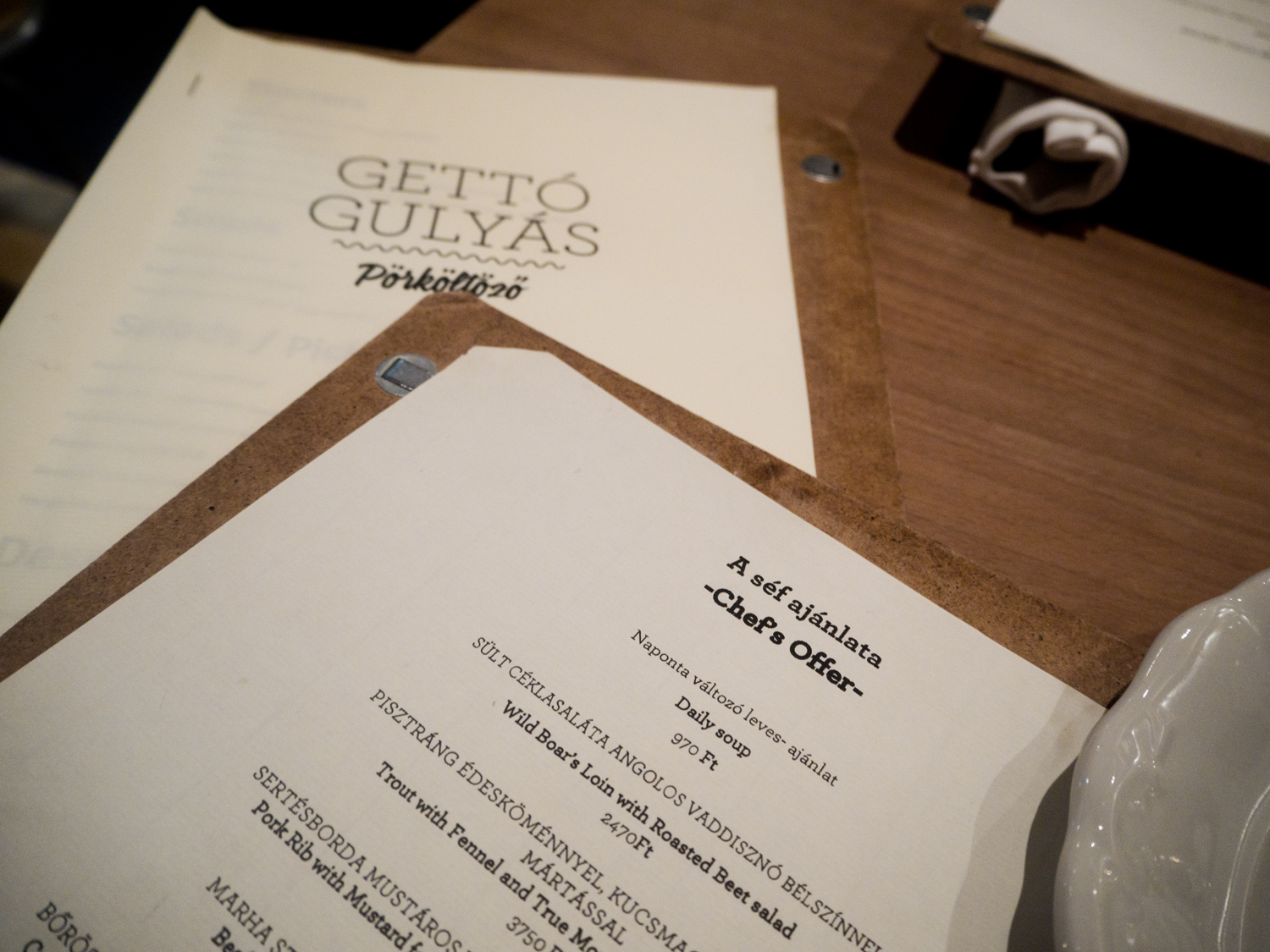 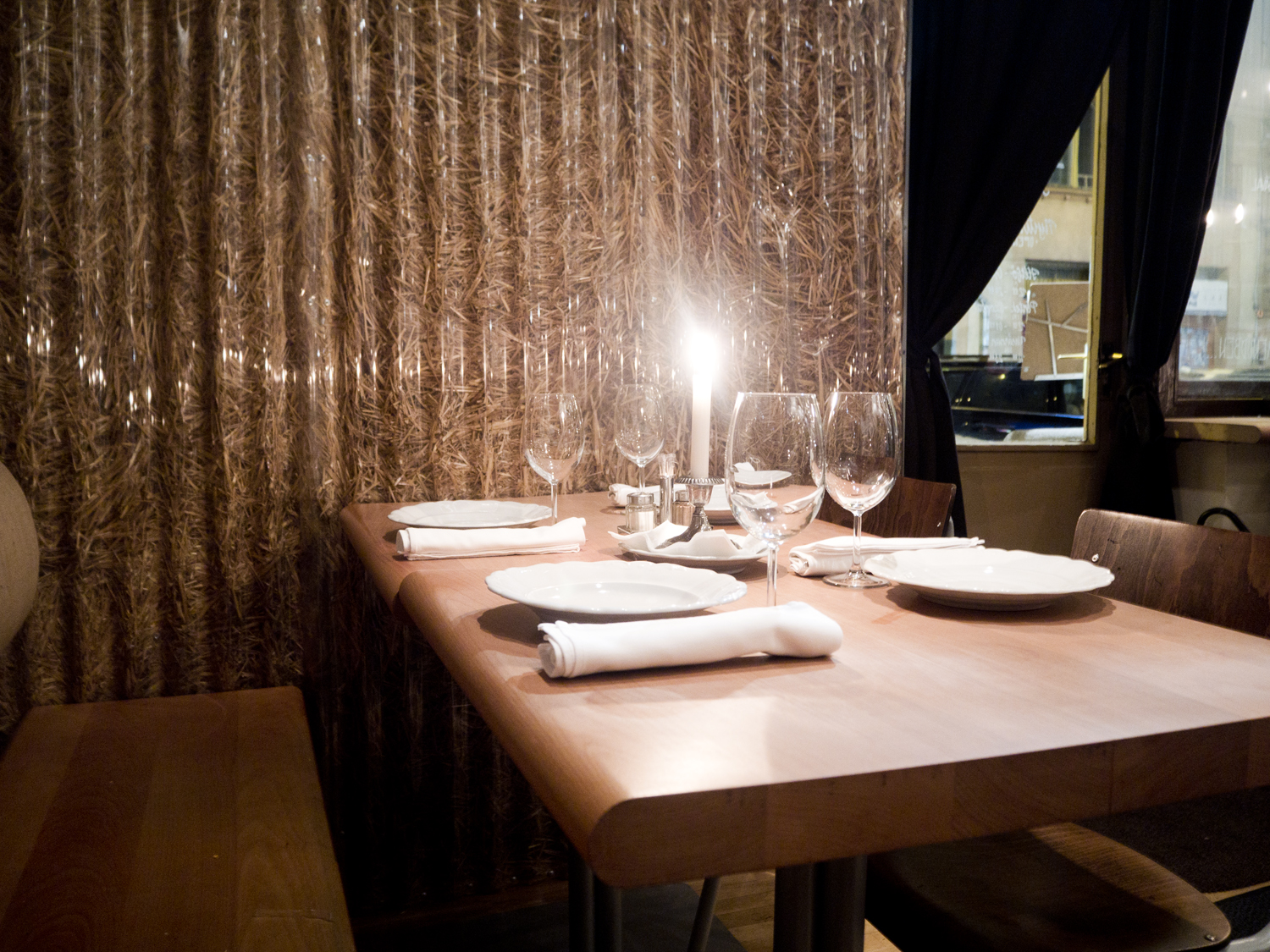 If you went to Budapest and didn’t have goulash, did you even go at all? Whilst everywhere sells the national dish, we stumbled across this beautiful, relatively new restaurant Gettó Gulyás for a totally traditional, fuss free and oh-so stylish take on the cuisine. I opted for a beef stew with fresh egg barley and so did Simon because, well, it was too good and neither of us wanted to have food envy of the other. The atmosphere is relaxed with the most elegant, twinkly decor. Yes, I said twinkly. And once again, compared to prices that you’ll pay in other European cities, it was dirt (and deliciously) cheap. 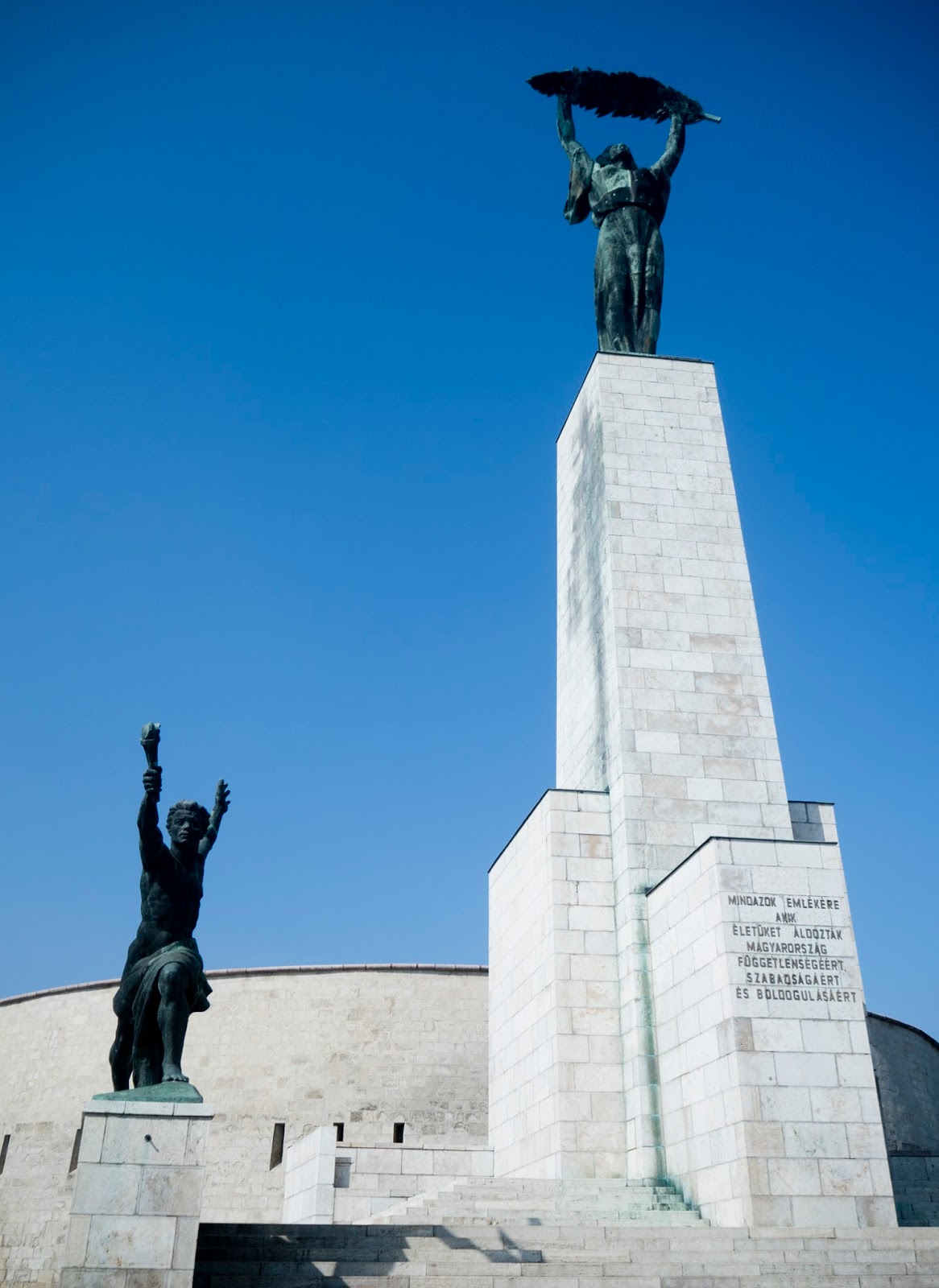 So, I’m going to do the next few things in an order I’d suggest. Perched high upon the hill, overlooking the whole of beautiful Budapest, is the Citadel. It was essentially originally a fortress used by the military, and now provides some of the most stunning views of the city alongside some incredible sculptures and statues. We didn’t spend too long here but it’s worth really taking a nose around. Pack light, as it’s a slight trek up the hill but well worth it when you get up there.

Get a Culture Trip at Buda Castle 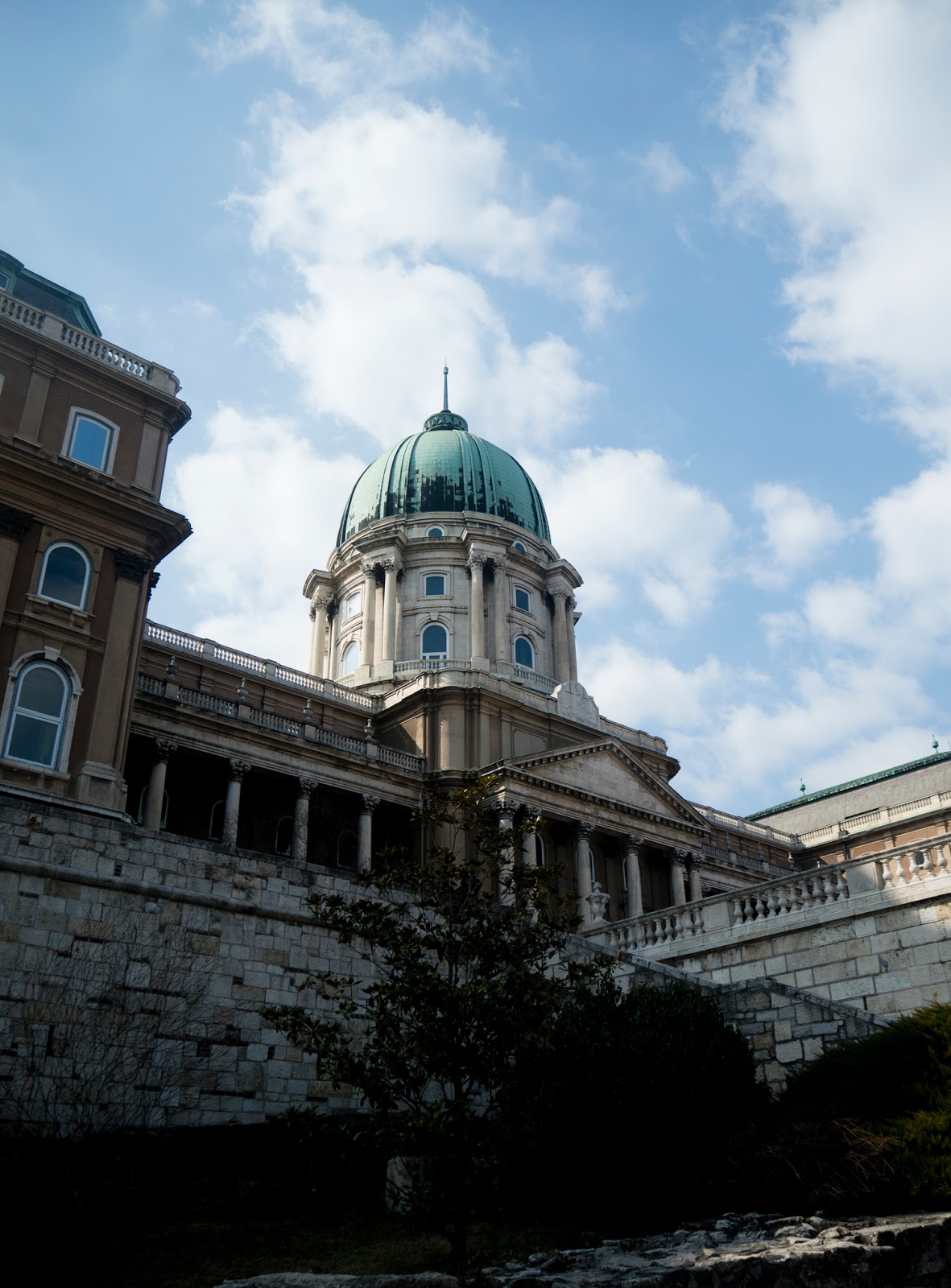 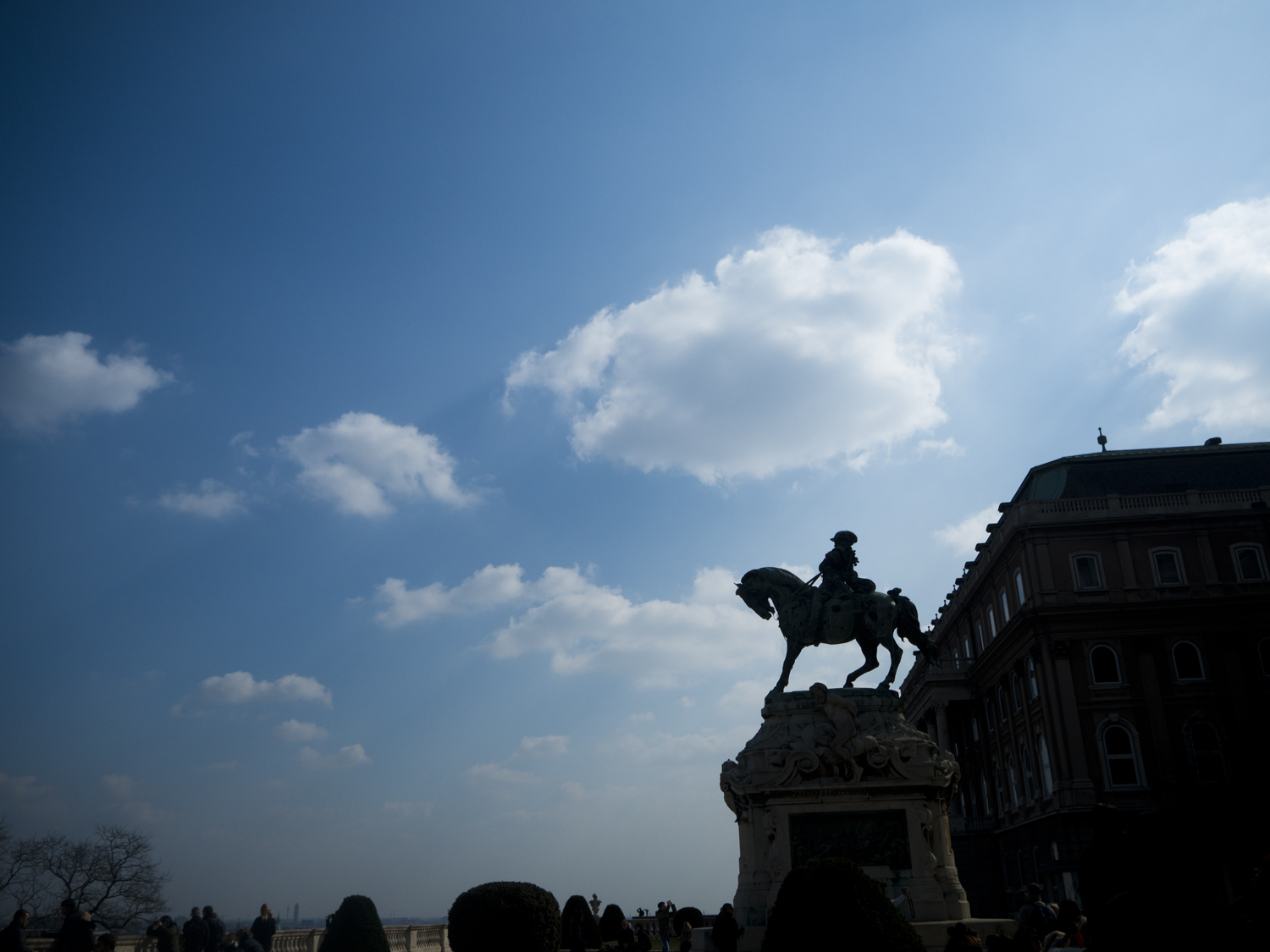 From the Citadel, walk on round to the castle district and wander by Buda Castle. Majestic, no? It has further beautiful city views. But go early, as it gets very very busy and full of tourists. Budapest is made up of what was essentially two cities, Buda and Pest. The castle district is set on the older, Buda side, with winding streets and stunning architecture. 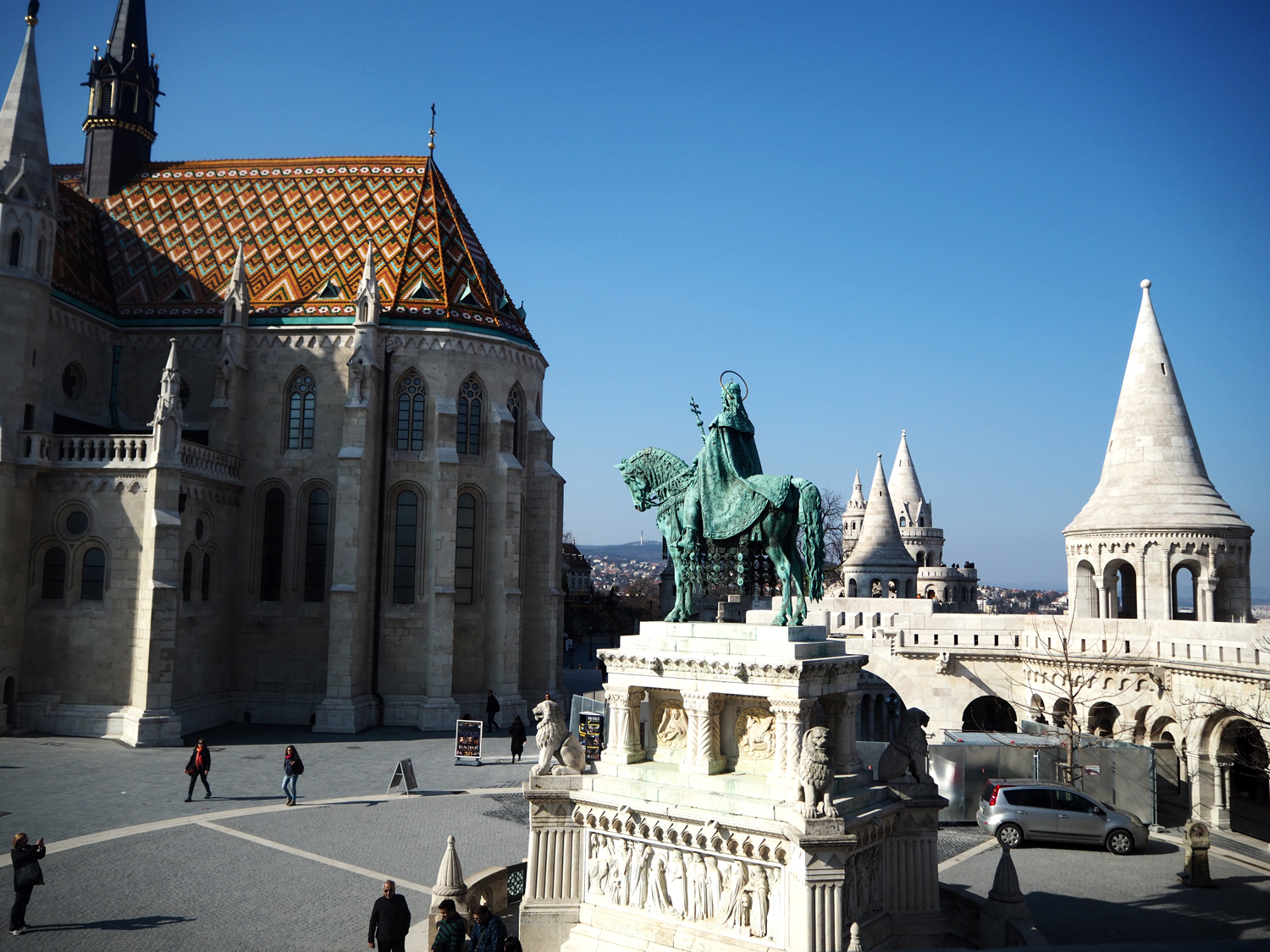 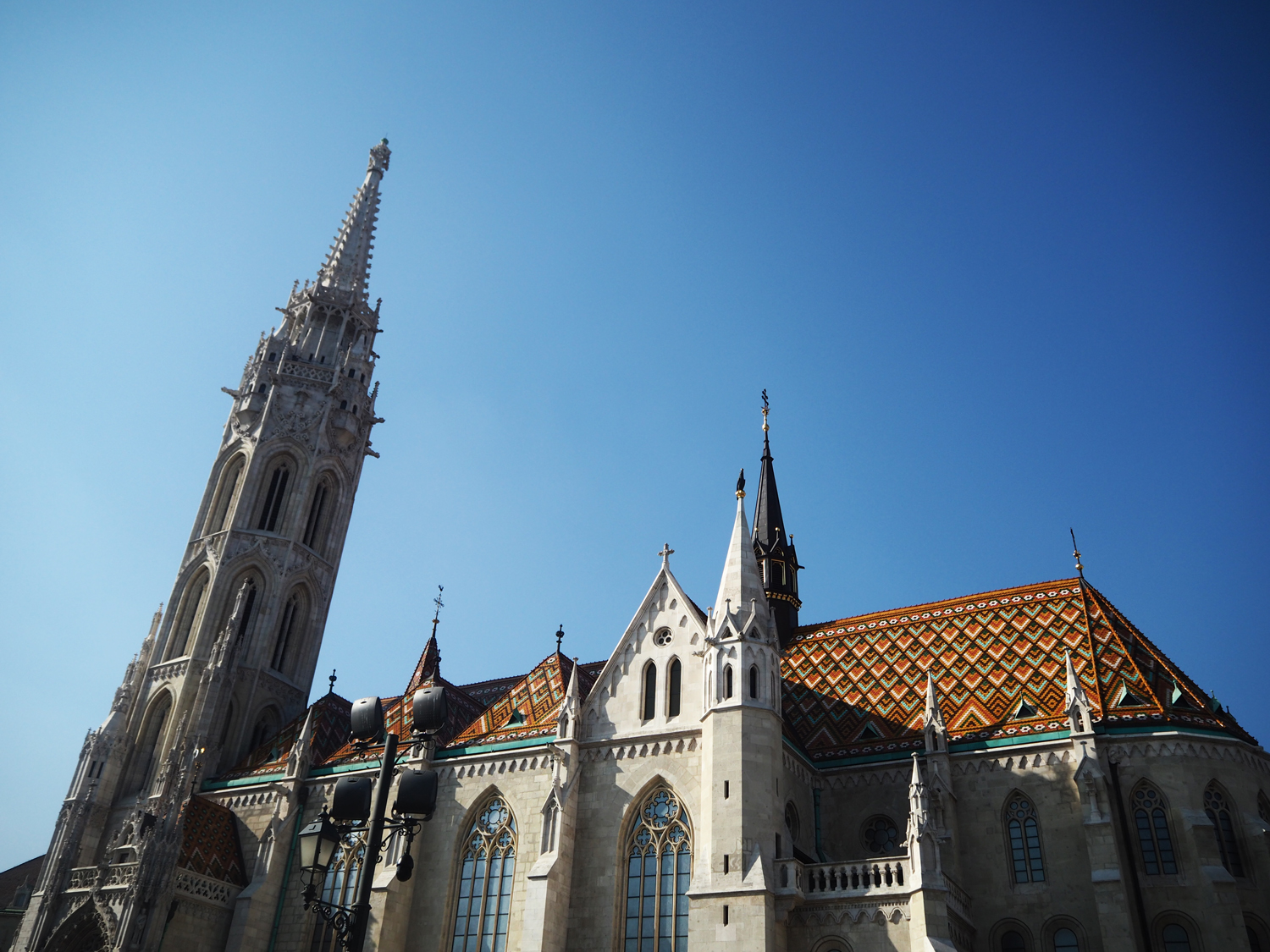 It will be so busy you won’t be able to get any great shots unless you go early! Unfortunately, we went at around lunch time so it was heaving with fellow tourists. It’s one of the most popular spots of the castle districts for its panoramic view of the city. If you’re keen on photography, go on a day when the sun will be shining to get some gorgeous shots of high contrasting shadows. Like we failed to…

For a Posh Lunch and Cake, try The New York Cafe 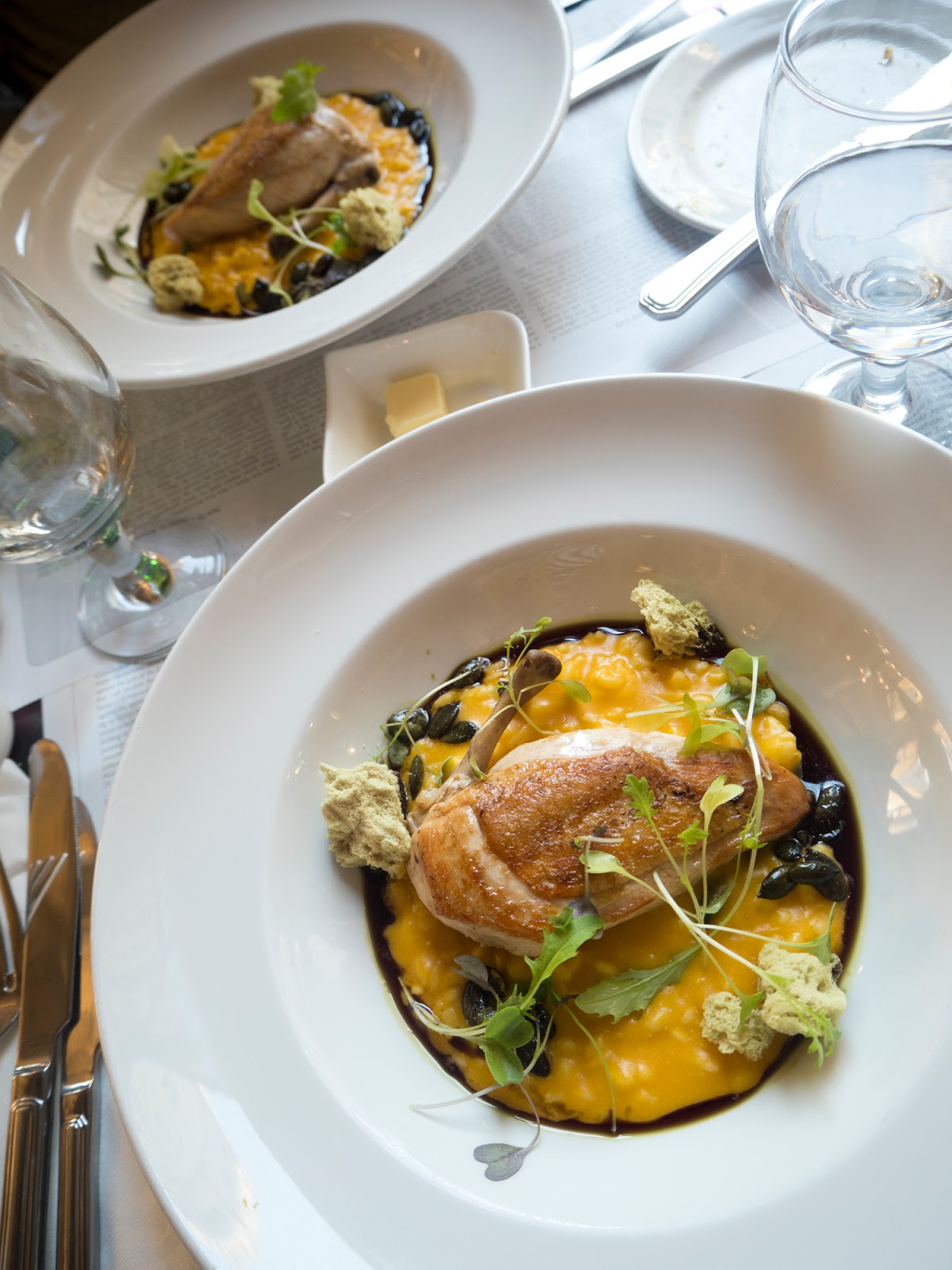 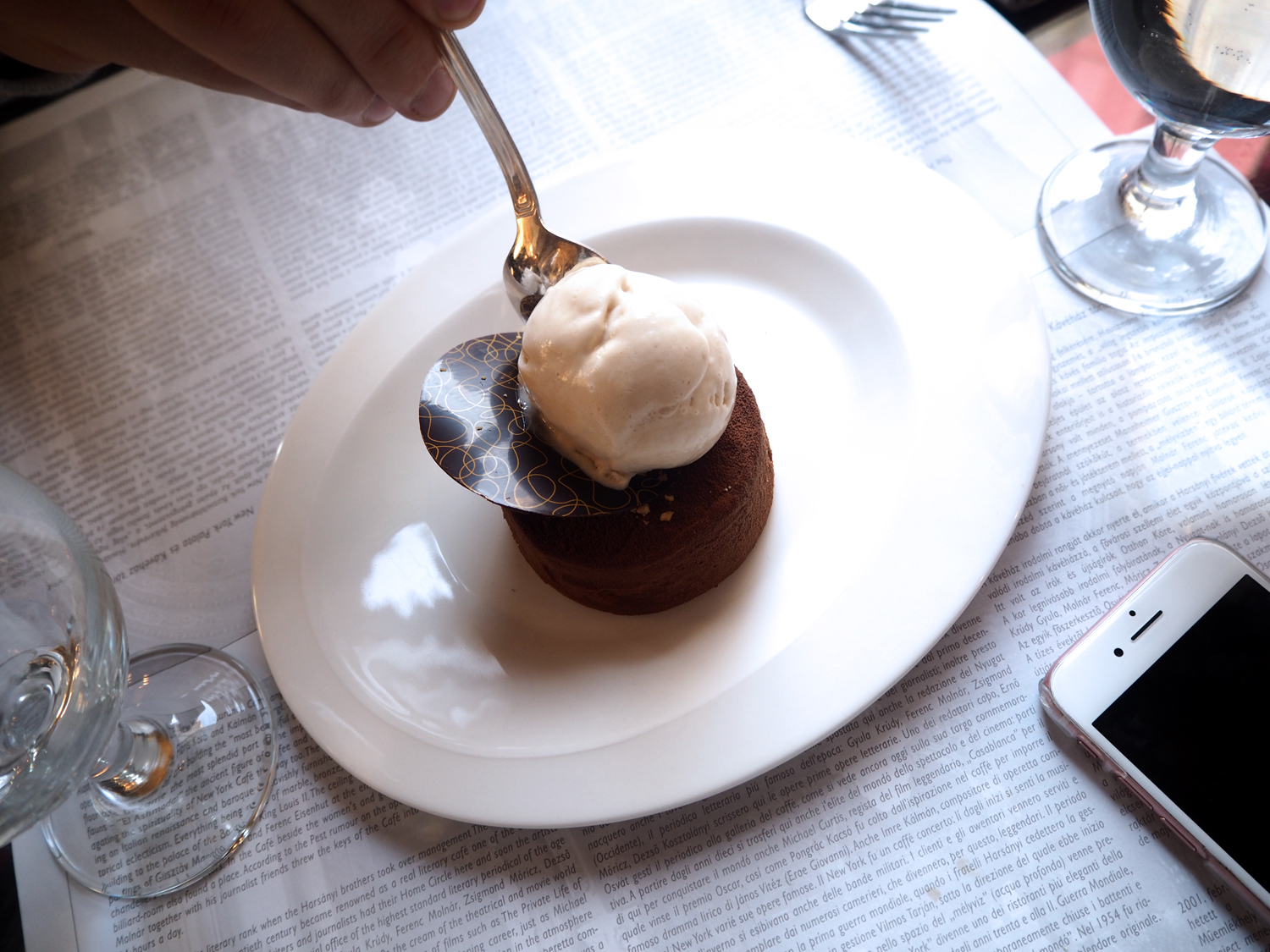 Despite being famed for its cakes, we head to the New York Cafe having got straight off the plane, so a Victoria Sponge simply wasn’t going to cut it. We both ate the Chicken Supreme – a deliciously rich risotto dish which has us asking “why have I never tried risotto like this before?” followed by a peanut ganache cake with 2 spoons, naturally. The allure of this place is the stunning, grand architecture. It’s like eating inside a faberge egg, all gilded and can I say twinkly again? Whilst we ate, an orchestra came on to play classical music. Ooh la la indeed. 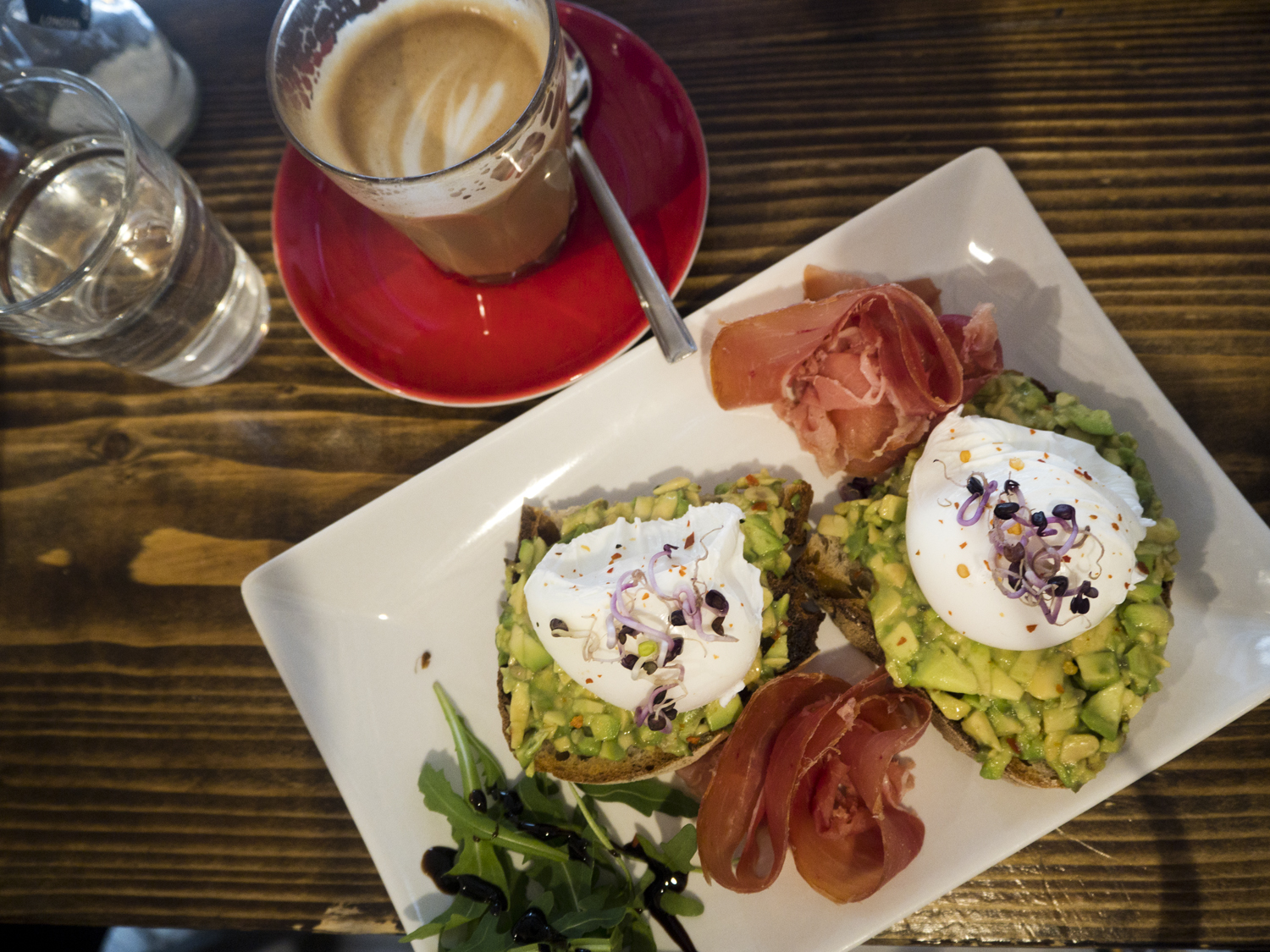 I mean, you can take the girl out of London and all that. I really, really wanted to go to Szimply for the most beautiful fresh and healthy brunch because from what I’ve seen on Instagram, it is THE place to go. But it was closed for a national holiday on our last morning so I had to find elsewhere for an avo and good coffee fix. I’d eaten one too many croissants and other pastry cakey delights, so some green smushed onto toast with incredible coffee was much needed from the London Coffee Society.

I know, it’s almost as shameful as that time I went to Rome and all I ate was McDonalds.

It’s a small place with few seats upstairs, but realistically it’s one of the best avocado on toast brunches that I’ve had. And I’ve had a lot.

And to give you a little more of a taster of the city, take a peruse through these remaining images. 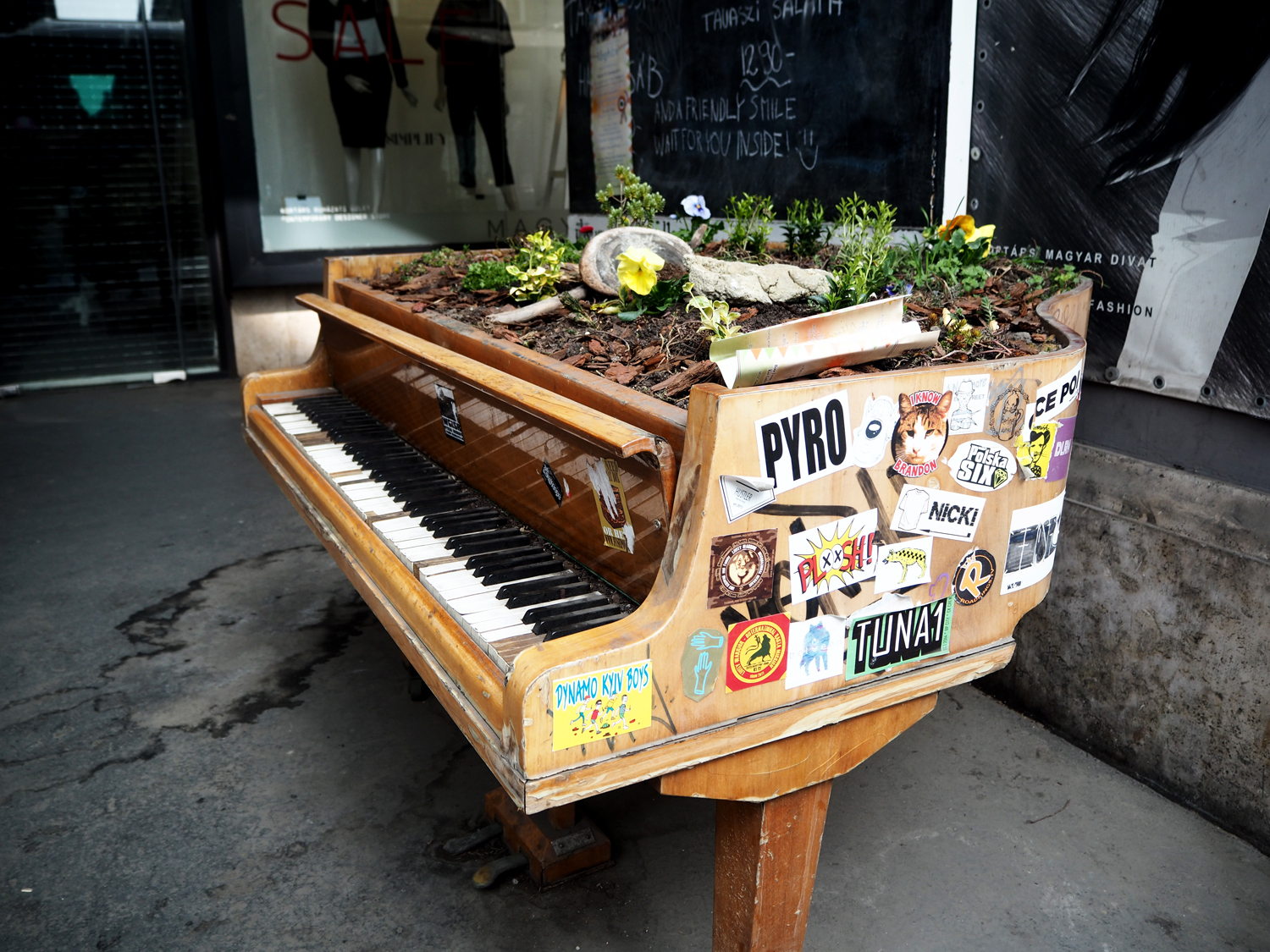 Just some pianos in the street. And flowers. 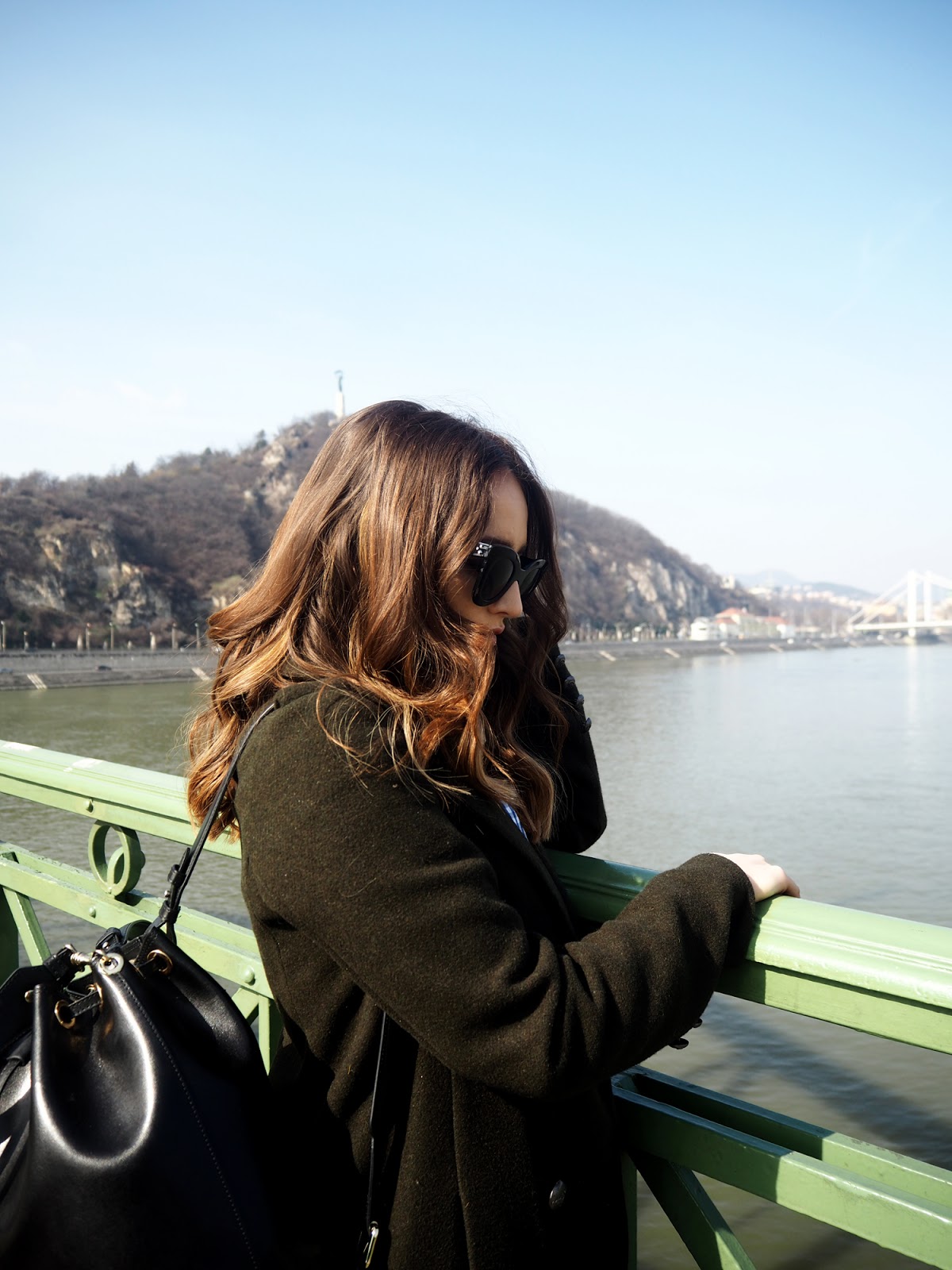 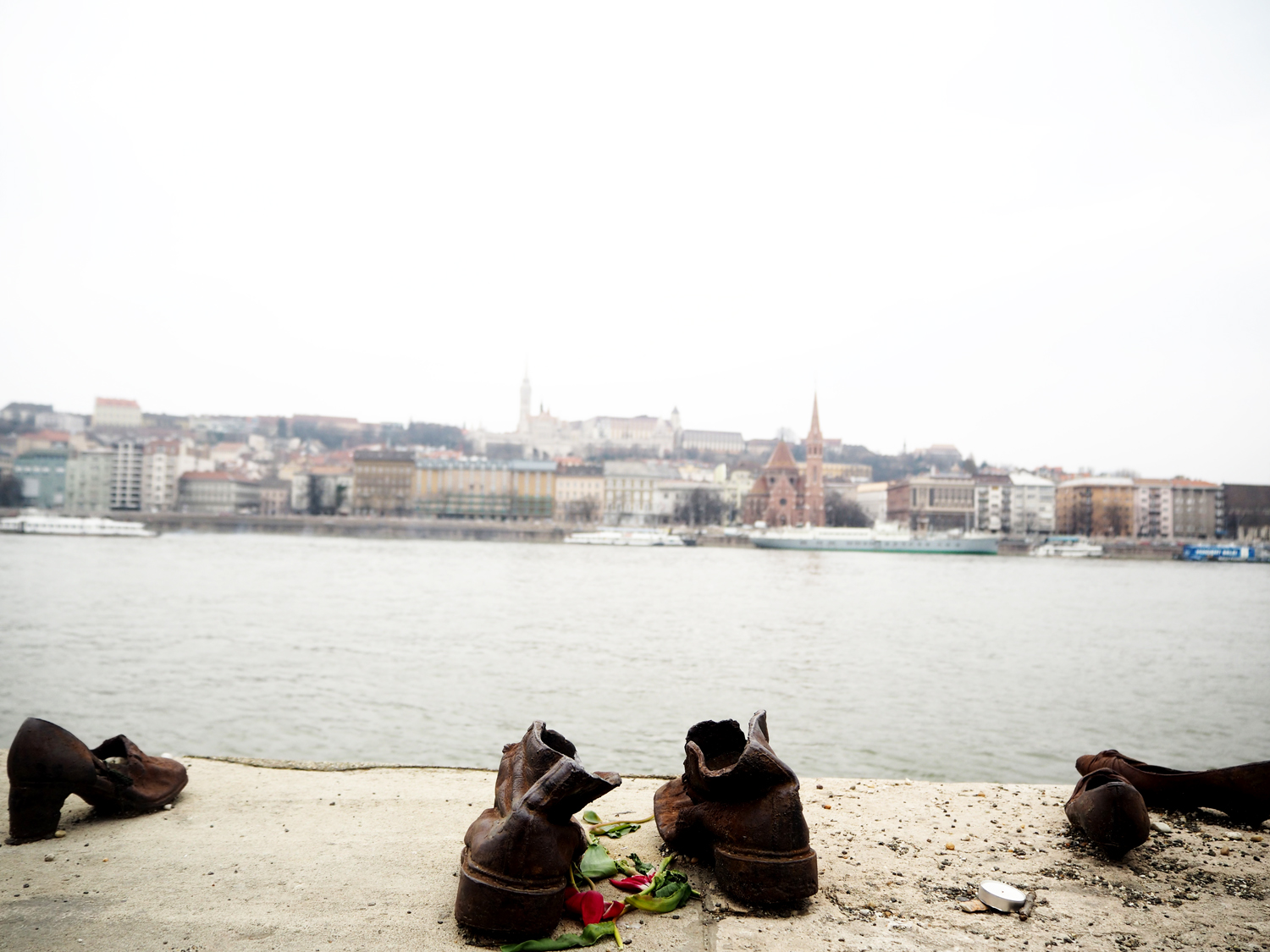 Shoes on the Danube 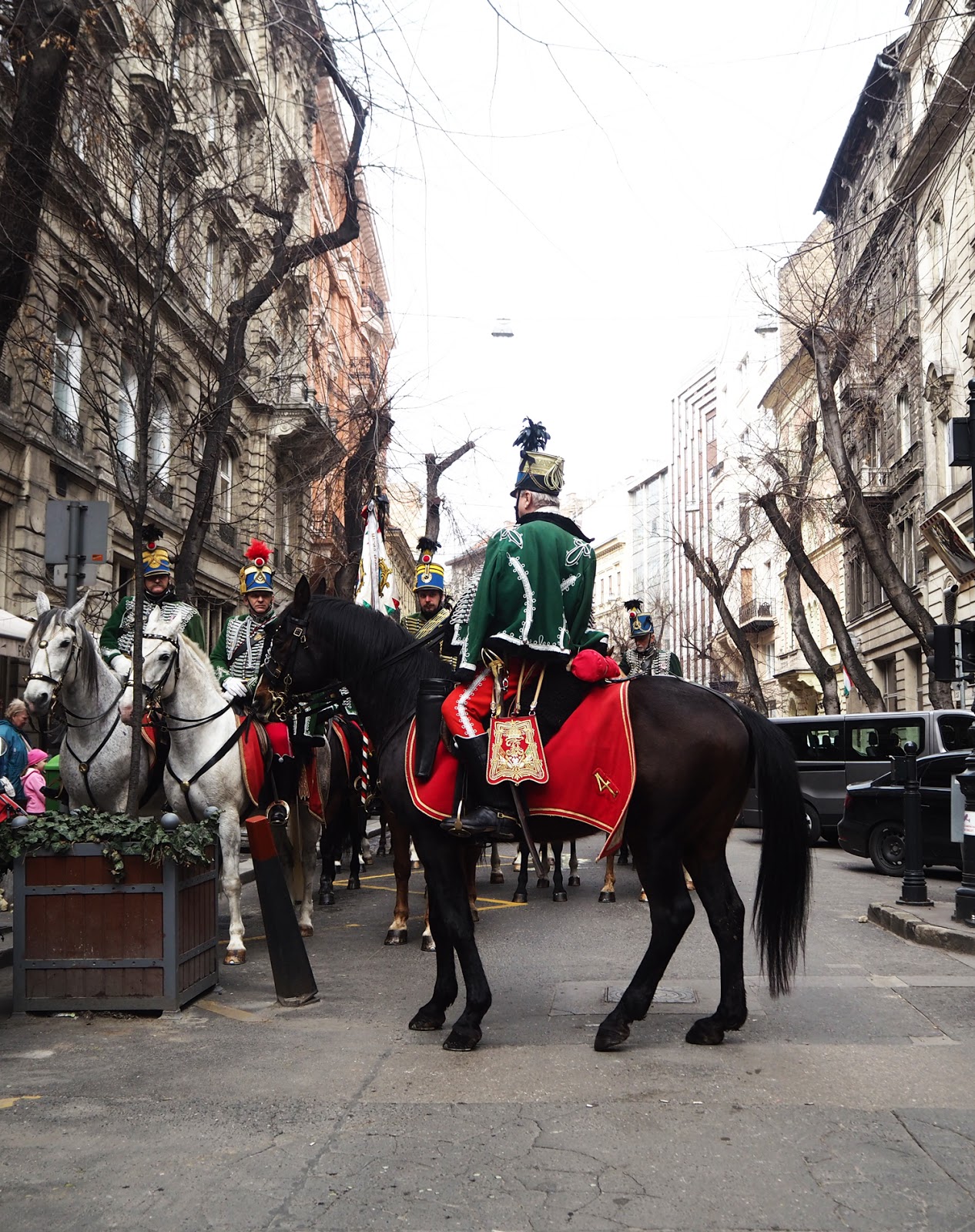 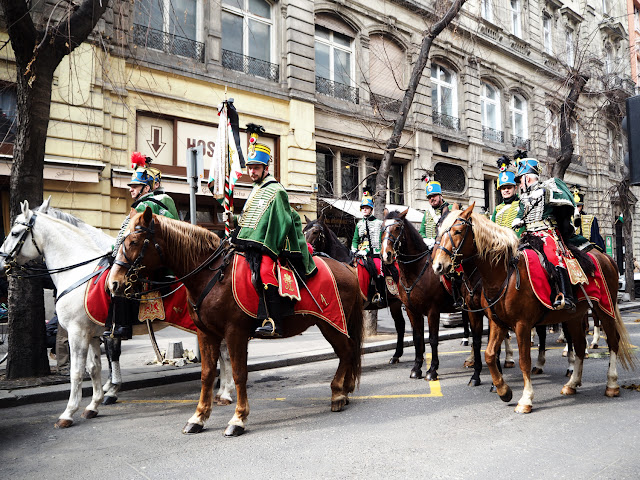 It was the Hungarian National Day on the 15th March 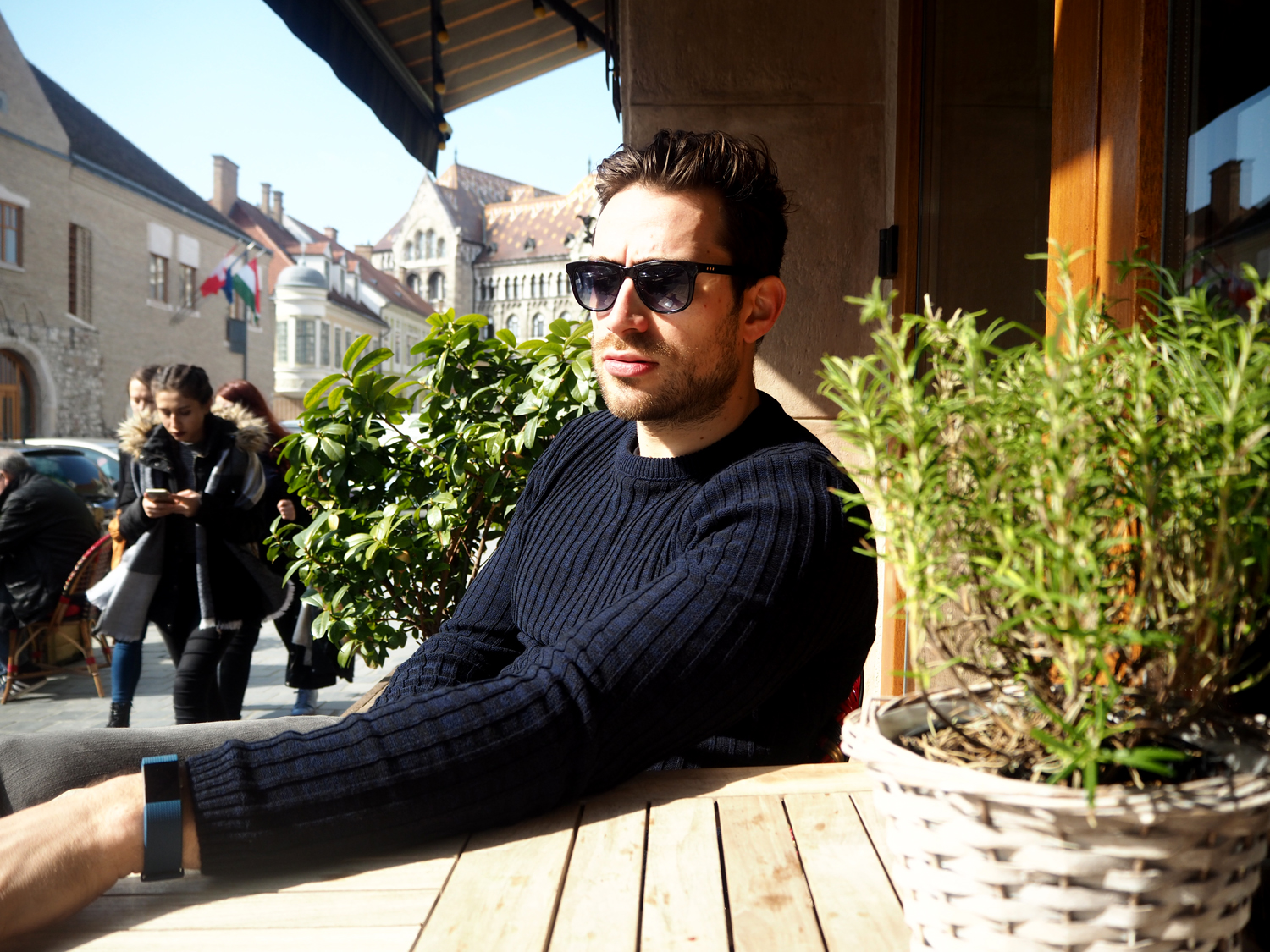 He hadn’t eaten. Can you tell? 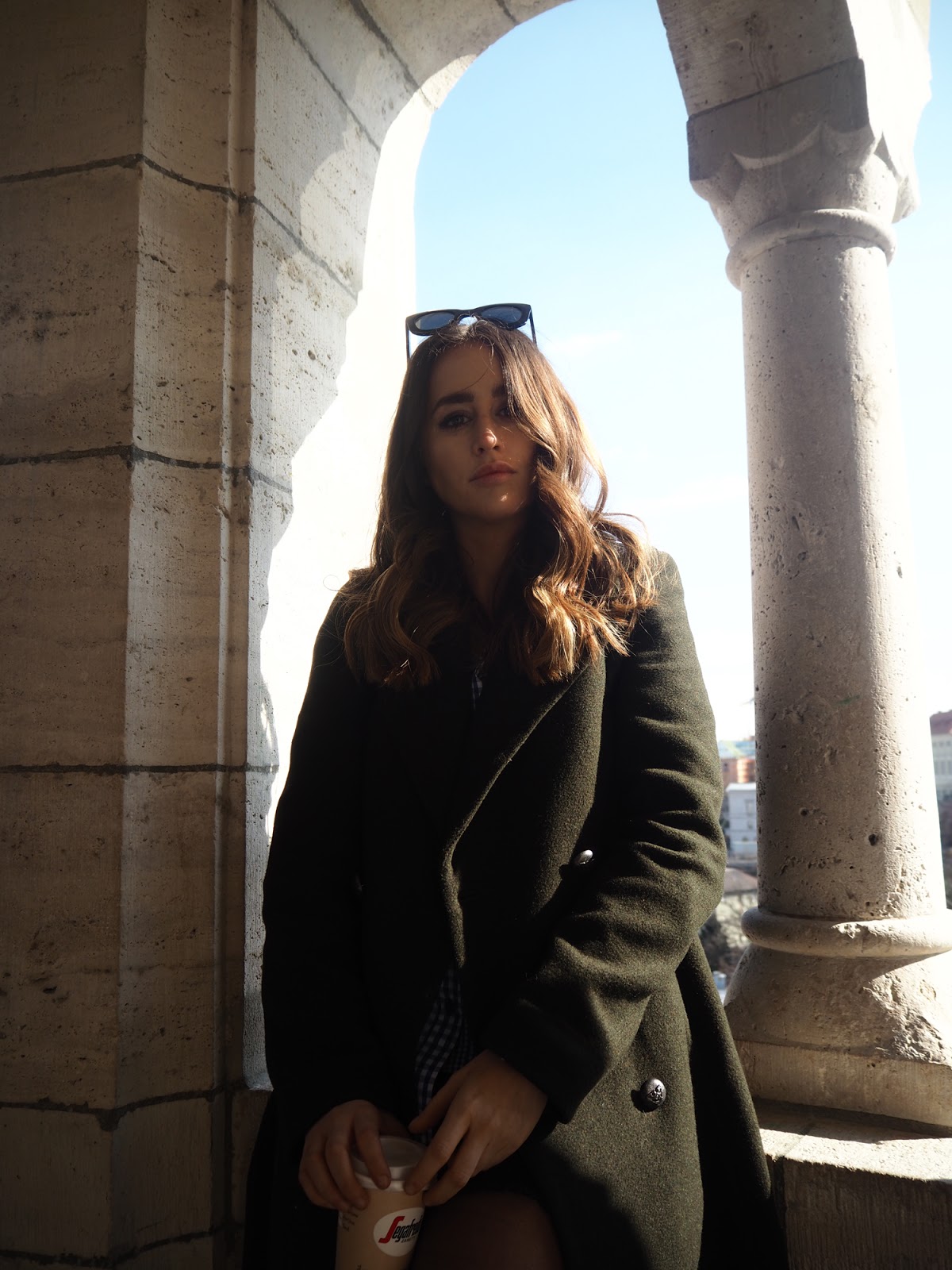 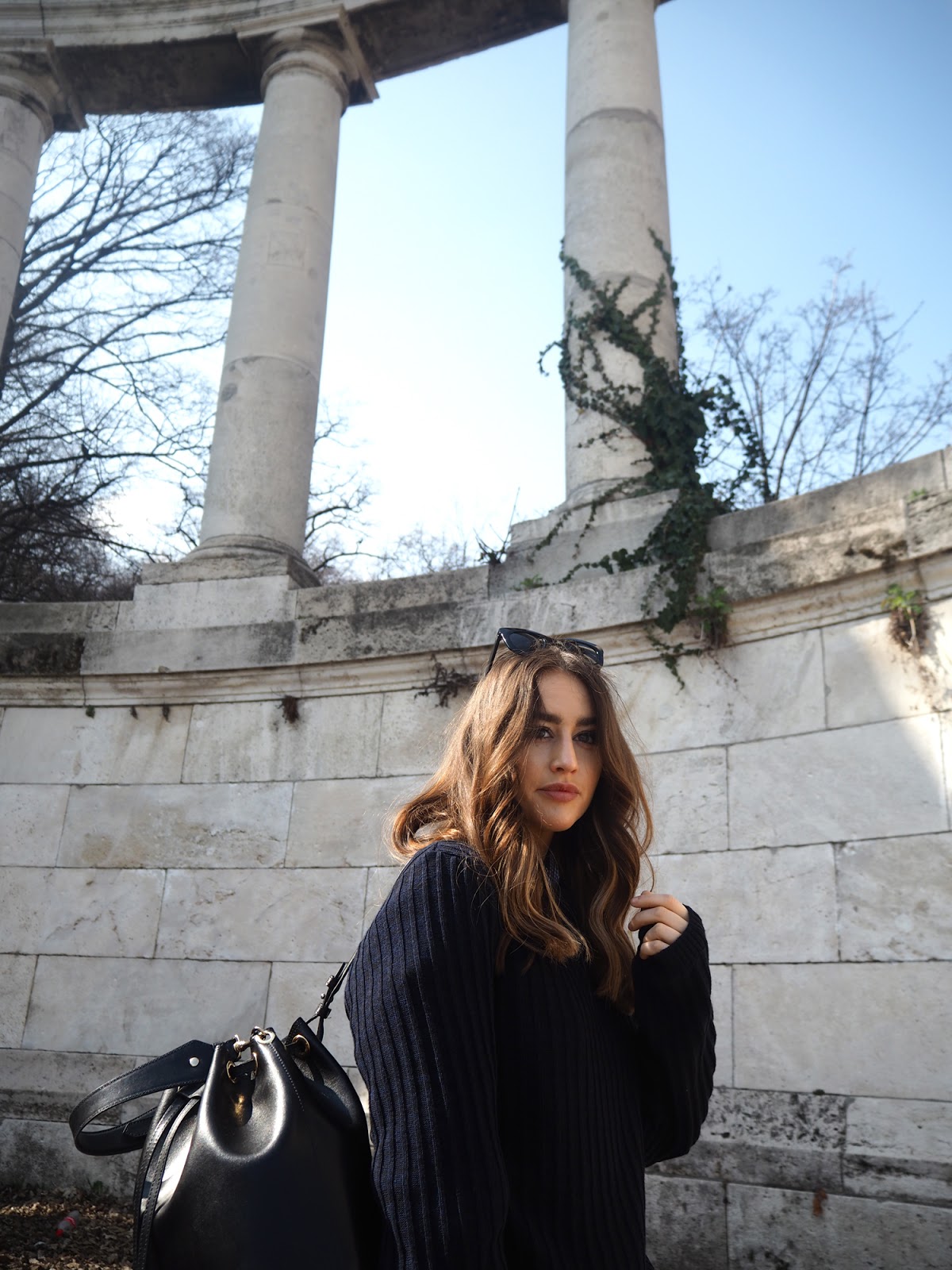 A few weeks ago when I was in Tokyo, someone replied to my Instagram stories asking if I was going to do a blog post…

It would seem wrong to do a stylish travel guide to Marrakesh and not do a post that’s actually about style. But seeing as that post… 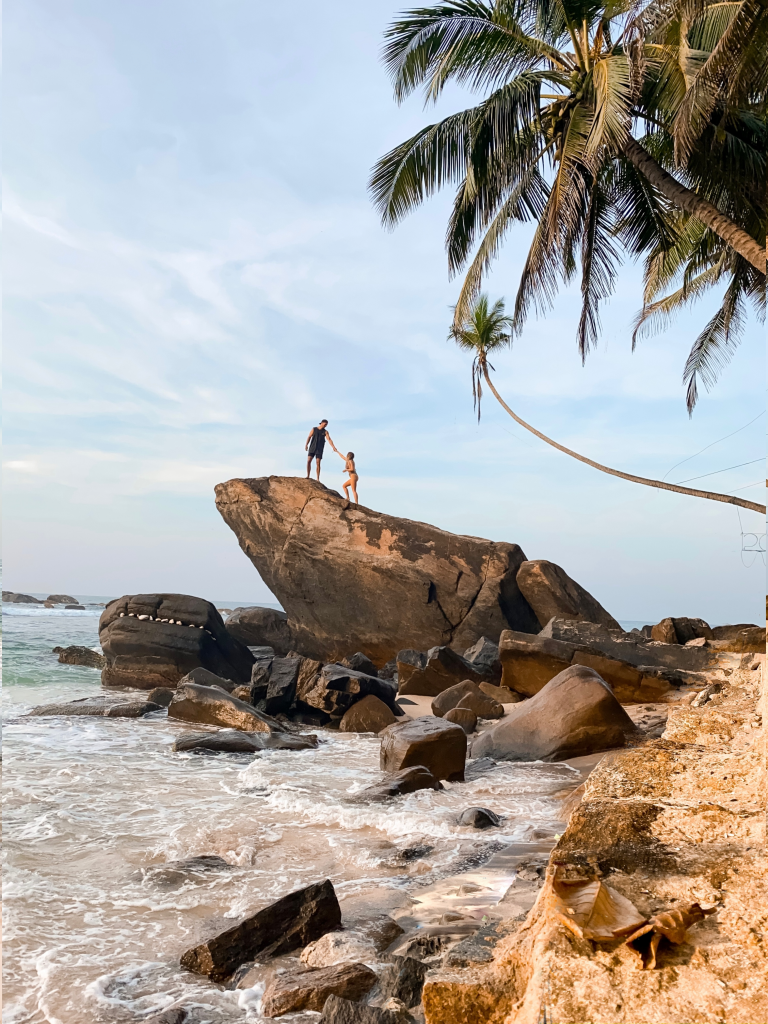 After travelling to places around the world that I’ve heard people describe as paradise – Thailand, Bali, Cambodia –  and being left a little disappointed…

Oh holidays. Tropical climes, coconuts, white sandy beaches, and countless photo opportunities to rake in the likes and followers on Instagram (we all think it,…

Put your hands up if you’re in this position: it’s April, the sun is starting to shine more and more which means summer is on…

I left my heart in Marrakesh… Is it just me or does it seem that e.v.e.r.y.b.o.d.y with an Instagram account has been to Marrakesh recently?…