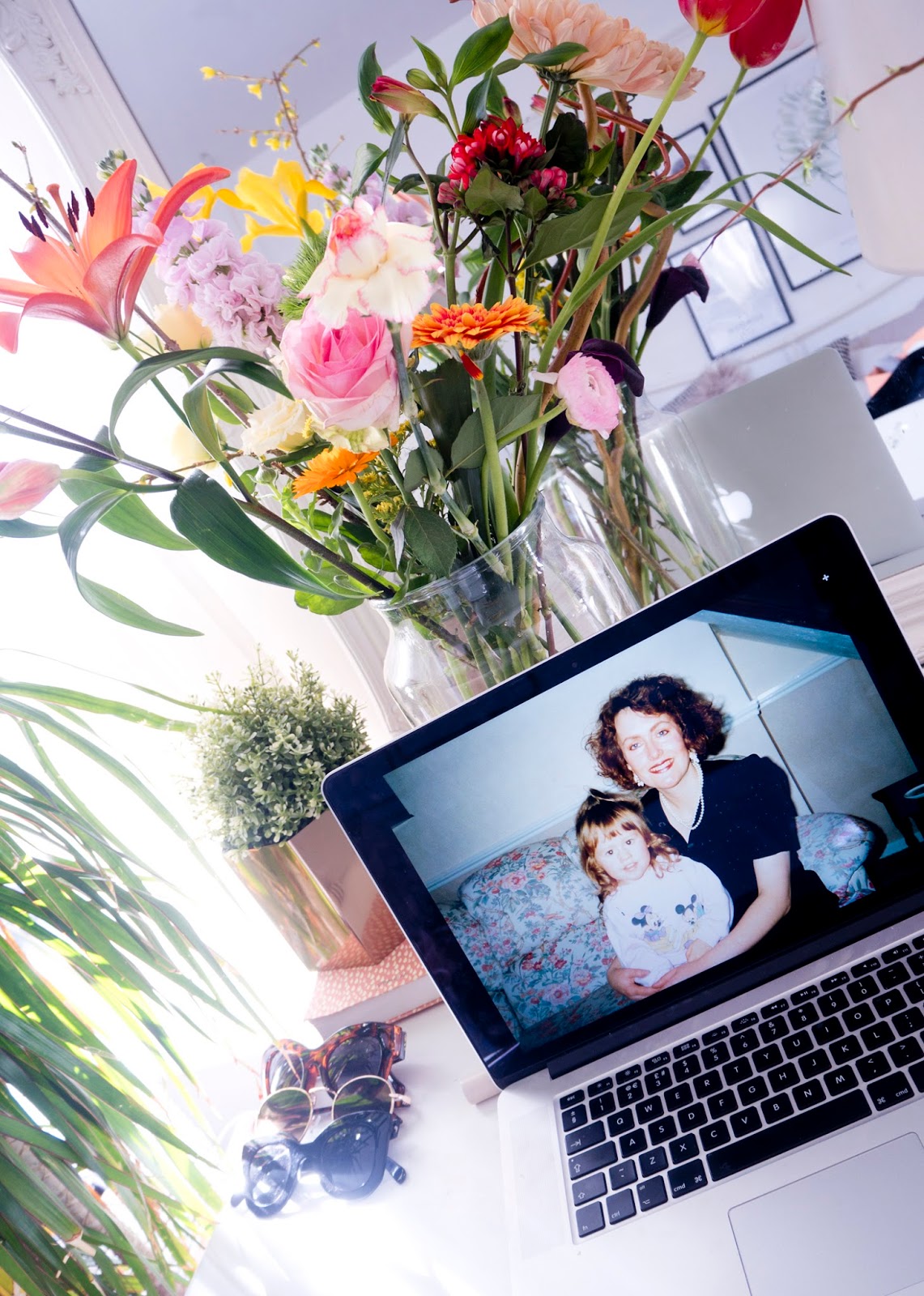 My Mum is my best friend. Laugh if you will, but she is. When the shit hits the fan, she’s the first person I turn to. I tell her *almost* everything – from my bad dates, to drama in my friends lives, and I even sent her a topless photograph of my boyfriend (her work colleagues asked, apparently…) when we first started dating which he then awkwardly found out about when I had the Whatsapp conversation open on screen around him. We joke and we laugh and we can call each other a bitch sometimes without meaning no harm or taking no offence. When I go back to visit her she’ll have bought half of the items I’ve featured on my YouTube hauls and she’ll frequently text me “what necklace/ jumper/ shoes are you wearing in your Instagram stories? Can you send me the link?”.

When I was interviewed for a feature in a university project, the girl interviewing me mentioned how I frequently mention my mum in my posts. I’d never even noticed until she picked it out but it’s true. So I figured, this Mother’s Day, I’d do a post about all of the life lessons she’s taught me, because she’s the most incredible and inspiring woman and despite how much I battled against it during my teenage years, mothers do know best. That, and I’ve been too busy to buy her an present and hoping to pass this blog post off as one instead (does this count?? – probably not because I’ve published these embarrassing photos) 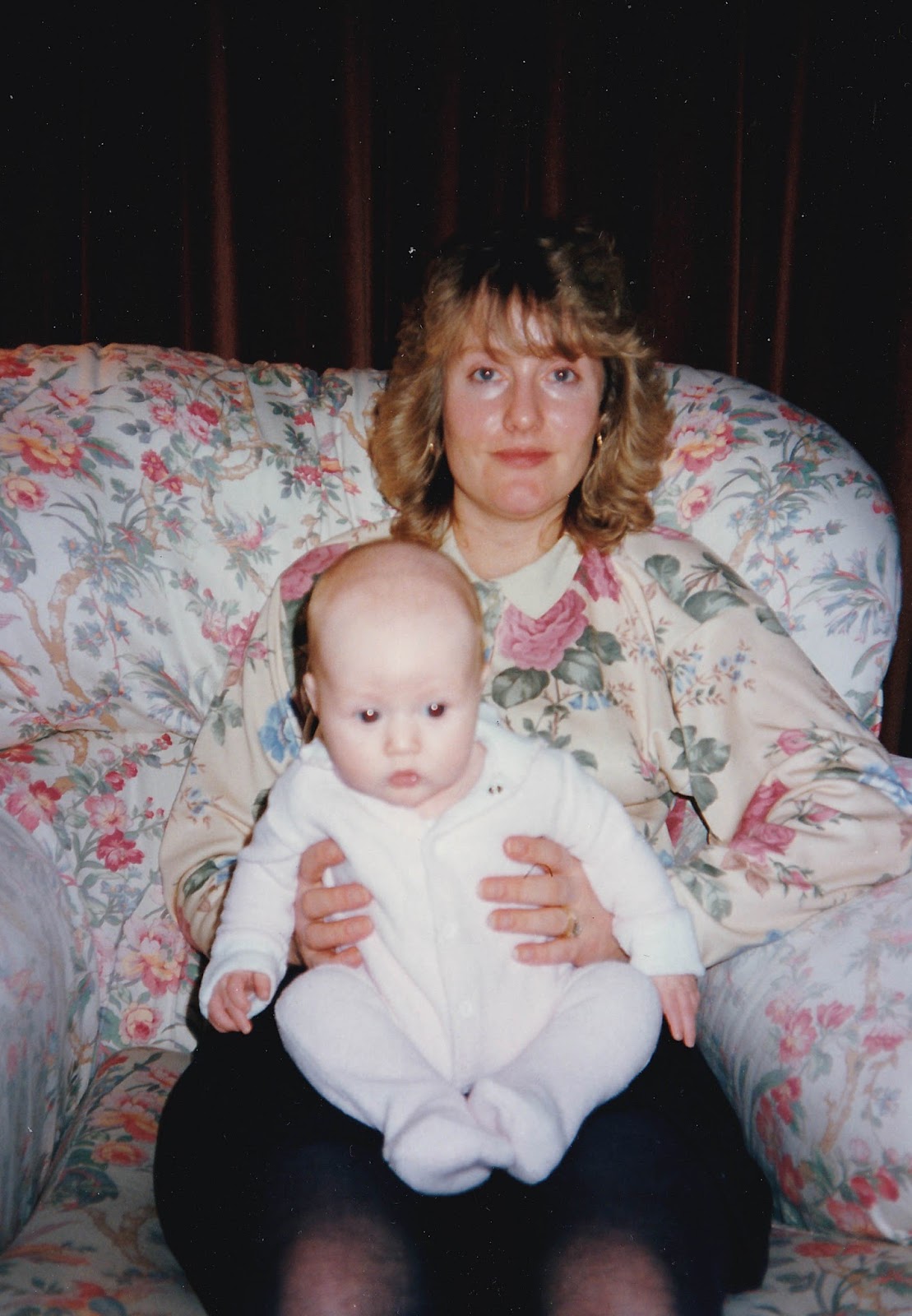 1. Don’t be afraid to tell someone your feelings

In basically every single relationship I’ve had – from full-blown BF/GF situ’s, bad first dates, and all the flimsy crap in between – I’ve always spoke to my mum about it all. The one reoccurring theme (which I mentioned in my life and love lessons of 2016 post!) is dealing with fuckboys and being stuck in that awkward ‘casual’ limbo stage of a relationship, where you’ve caught feelings but don’t want to have ‘the talk’ in fear of being rejected and having a guy say “yeah yeah, we’re just having a bit of fun aren’t we?”

The truth is, sometimes you don’t even care whether they want to commit or not, you just want to know where you stand. I have honestly been in this situation more times than I can count, and my Mum’s advice was always just “say how you feel” because there’s nothing really to lose. Of course I rarely took this advice, drifting along playing it oh-so-cool whilst inside I was always primed and ready to word vomit “ARE YOU SEEING ANYONE ELSE?????” every time he got a Whatsapp notification.

But she’s right. There is nothing to lose by asking. Who’s the bigger loser: the one who says “look I really like you / where is this going?” and get’s shut down and yes, potentially hurt, orrrrrrrrrrrrrr the one who lets a guy string them along when they really have no intention of a relationship, and ends up going batshit crazy over it after having a few drinks 6 months down the line of just being ‘casual’???

And it totally changed the game in relationships for me. It was the equivalent of having laser removal for the word MUG that was tattooed on my forehead.

2. Compromise is a couple word

I hate compromising. I like getting my own way. And I usually think I’m right. Jesus, who would want to be my boyfriend? I have somehow tricked one poor man into being mine, currently, and whilst 99% of the time is rainbows and butterflies, it’s compromise that moves us along. I think my mum certainly got her moneys worth of listens out of the Maroon 5 CD I bought her for mothers day back in 2003 because she’s always told me how compromise is a couple word.

Being single last year was a lot of fun because I felt so independent and free. I could do what I want. But when you’re in a relationship you can’t be as selfish and you have to considers others wants and needs and yes, that can take some adjusting to.

So unfortunately that means coming to terms with the fact that when I eventually move in with my boyfriend I won’t be able to have an entirely pink velvet sofa and chairs set.

When you start writing about your life online, you never know who’s going to read it. Opening up opens yourself up to judgement. It’ll happen. Sometimes it becomes hard to draw the line between what I should and should not share, but my mum has told me to never feel pressured to share everything. Just because you open up about some things doesn’t mean you need to disclose everything. You are in charge of who sees what and you don’t owe anyone anything. *insert sassy hair flick emoji* 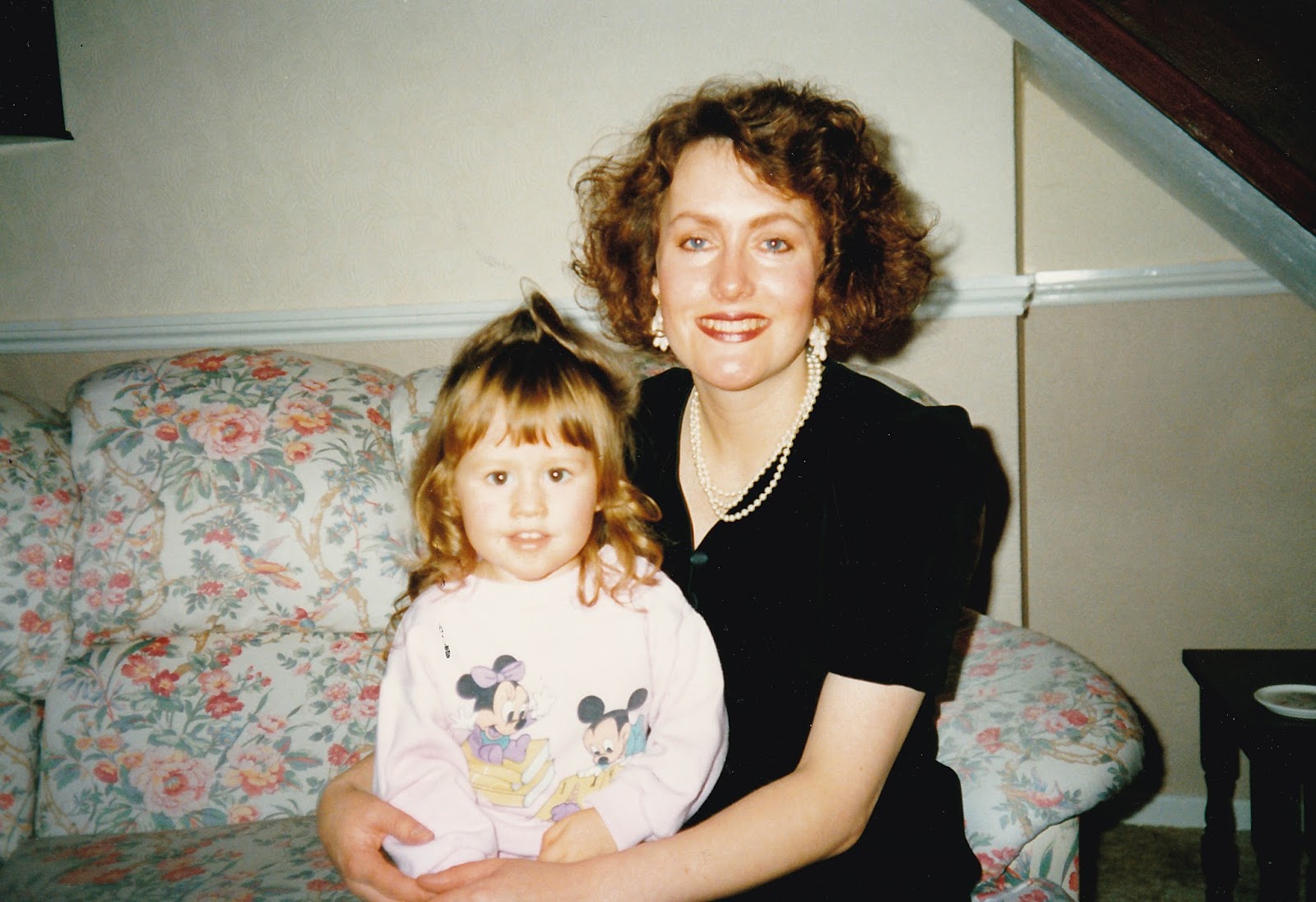 4. Don’t run and hide from your problems, it only makes things worse

When shit goes down, I tend to run from a situation. Often I end up back at my parents house over some huge drama. Other times, it’s as small as shying away from a situation I just don’t want to deal with it.

Either way, my mum has always said that running and hiding will never solve anything, it usually makes the situation worse and totally blows it out of proportion. I’ve received shitty text messages, only to turn my phone off for hours on end and try hide from the situation, to turn it back on to wayyyyy more shit on the other end because people couldn’t reach me. Dealing with the problem when you can is just part of being an adult. Yay…

Plus, it stops you dwelling over things, getting all extra nervous and anxious whereas if you just get it over and done with, you can move on quicker. Like ripping off a plaster!

Do you want to know one of the best breakup anthems? Hailee Steinfeld Love Myself. Honestly, it’s so feel-good post breakup (espesh if you were the dumper, not the dumped). Putting yourself first is something my mum has always championed, oddly, considering she literally puts her kids first before anything else. But hey. And after a break up last year, I did exactly what she told me to and it felt so good. I felt totally carefree, responsible for my own happiness, and in control. It’s about being selfish in a way that’s good for yourself and doesn’t fuck around others, and from doing so I went through a total period of growth where I became so independent and actually really learnt to love myself, realising what’s best for me and truly knowing my worth.

“You come into this world alone and you go out of this world alone” is a quote she always (quite morbidly) tells me. But all it really means is that you need to put yourself first because you only have this one life, and you only get to be this one person. 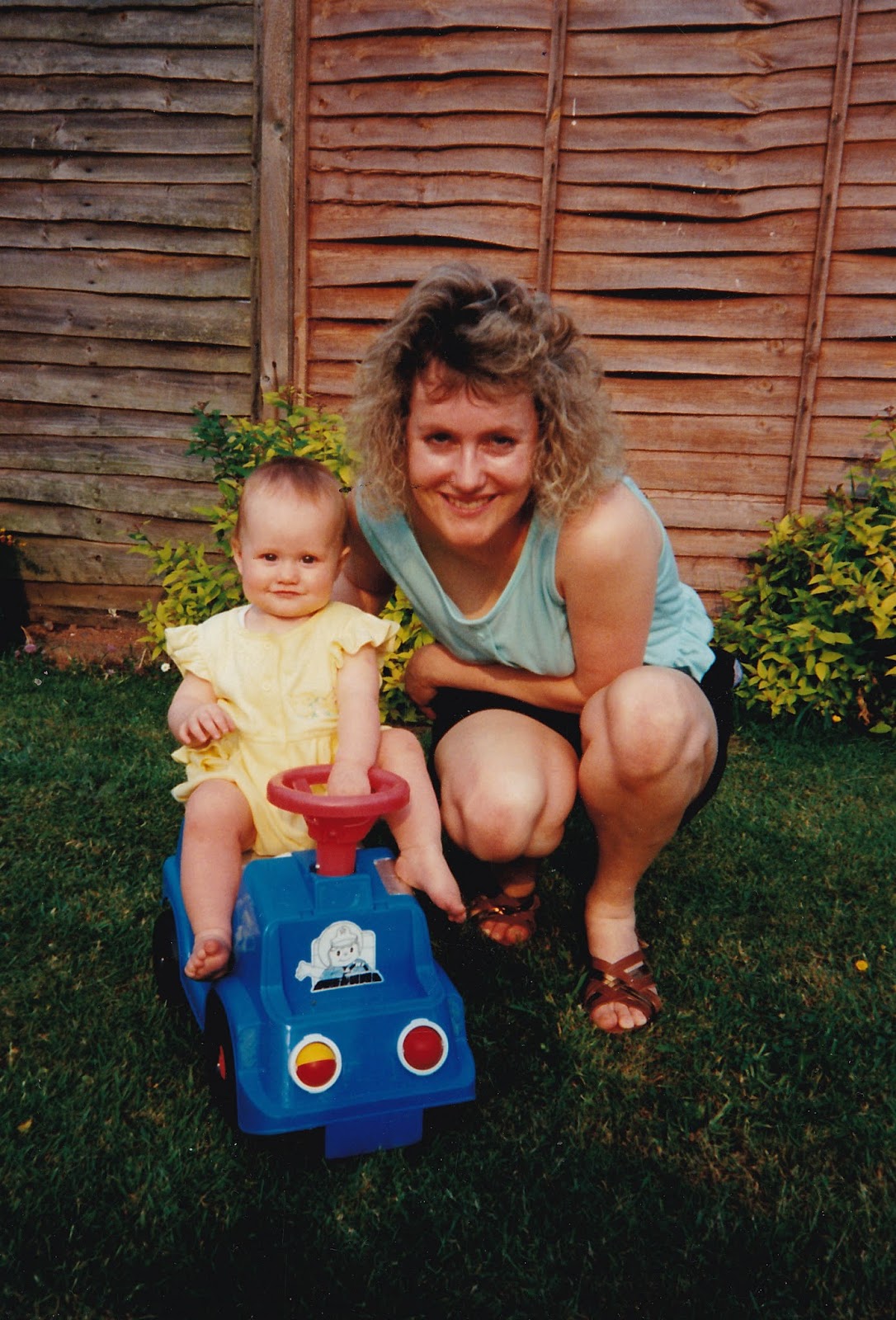 This literally applies to so so so many things – but it really stood out for me when I was stressing about not producing enough blog work. It was right before I left my job and I was so stressed I couldn’t work out whether to just take a break or power through and get a blog post done. My mum instantly said: just take a break – you’ll be more angry at yourself for producing and posting poor work than if you take a couple days off and come back to it with a fresh mind.

I’m lucky to have had minimal shit flung my way by people that read my blog, but it doesn’t mean I haven’t had any. But her advice, when people have been a bit nasty, has always been: ignore them. Don’t add fuel to the fire, because often that’s what they want.

8. Treat others how you want to be treated

I’m pretty sure Jesus might have said something like this too? Do unto others as you would have them do unto you. My family aren’t religious, but my mum is basically Jesus, and this is something she has always said to me when I’ve told her stories and she thought I was being a little unreasonable. It’s a great one to live by as it basically stops you from being a dick.

Sorry for the embarrassing photos xx