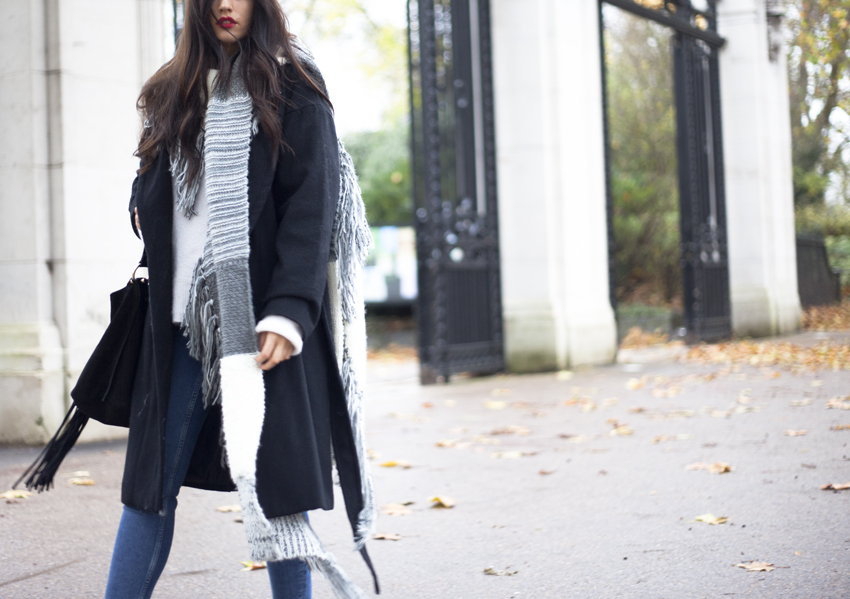 Ah, London Fashion Week, that bi-annual event where all of the coolest, most stylish human beings congregate to get the latest need-to-know of what’s hot and what’s most definitely not. Whether it’s buyers for luxury department stores, editors of magazines, superstar bloggers, or peacocks just attending to get their picture snapped by some maj publication, the LFW crowd certainly drops Soho’s coolness barometer a few degrees for those few days twice a year. And that means one thing: be on your best (aka, least embarrassing) behaviour. When you’re a small-time fashion writer/blogger like myself, you’re a small fish swimming in a big, big pond of sartorially inclined sharks, and nobody wants to mess up, do something stupid, and utterly embarrass themselves in front of these sharks. At best, they’ll laugh at your fashion fail. At worst, they’ll be interviewing you for a job someday and remember you as that idiot that did something utterly idiotic. Unfortunately – as I’ve come to learn over the past few years – when you’re trying extra hard to not look like a fool, you often end up doing something that makes you look even more foolish (plus, being around people you think are far slicker than yourself only heightens the feelings of awkwardness) So here’s a run down of my top 5 fashion week faux pas, in all of their embarrassing glory.

1. Forgetting to de-tag my new jumper

We rarely get the opportunity to be our most stylish selves in our regular 9-5 jobs. For many, fashion week gives an opportunity to dress up. A few years back when LFW was at Somerset House, I went and purchased lots of new jazzy items. In all of the excitement it seemed that I forgot to take off the tags of my new oversized navy jumper.

A photographer approached me
“Excuse me…” they said.
Oh another person wants to take my photograph. Cool. Sure. Whatever.
“Yes?” I said
“You’ve left the tag on your jumper” they replied.
I died. And not even in the fashion sense of the statement. I genuinely died. Of shame. Embarrassment. At least they had the decency to come up and tell me rather than snapping a candid shot of me blissfully unaware that I was donning my Topshop Boutique clothing tag like a necklace then selling it onto the Daily Mail for a LOL let’s laugh at the funny fashion people article.

2. Wearing
Shoes I can’t walk in… then falling over.


3. Pronouncing
a designers name totally wrong in a video interview

The opening credits for Sex and the City are highly known for one reason: the bus driving by the puddle and drenching Carrie Bradshaw. Well, whilst it may seem to be the only kind of thing that happens in a TV show or set-up YouTube prank videos, I can testify that it most certainly can and does happen in real life. Harking way back to my first ever fashion week once again, I was rushing out of my house in my perfectly planned day 5 outfit when having walked all but 250 metres from my house, a van drove by at speed through a puddle stemming from a blocked drain, subsequently soaking me from neck down. I was wearing faux fur. Faux. Mongolian. Fur.

Previous Post: « Can We Please Just Stop With The Humblebragging (finally)?
Next Post: 6 Ways To Be A Better Blog Writer »