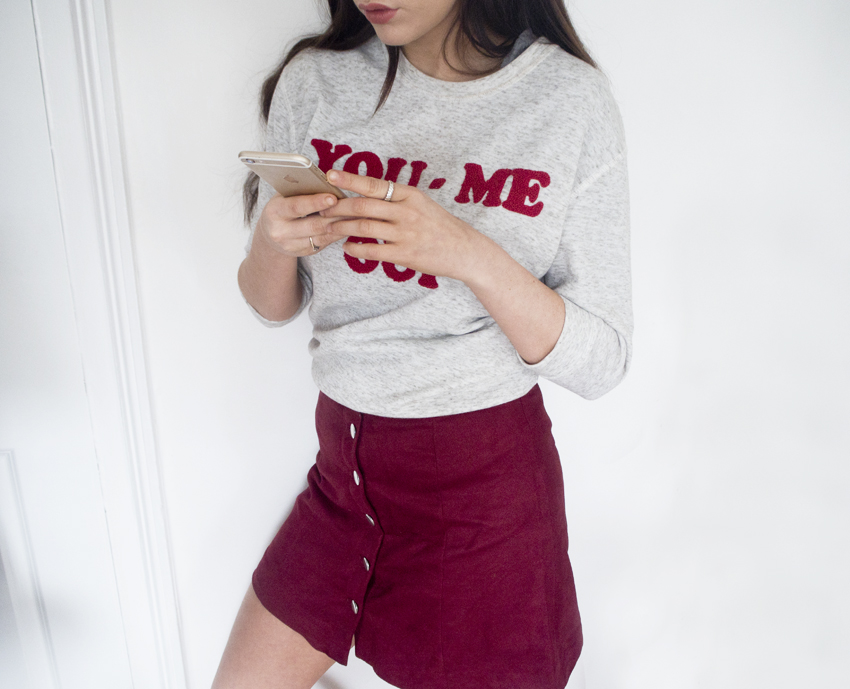 Instagram – everyone’s obsessed with it. Who doesn’t like pimping themselves out to look like the uber glossy version? Our snapchat stories might show off a no makeup selfie once in a while (mostly because we meant to send it to our snapchat bff and accidentally sent it to our story instead) but our instagram-selves are us at our sexiest, coolest, and most #likeable. With its ever-increasing popularity, it now feels that if you don’t have an Instagram profile, well, you may as well not exist (sorry, but even my mother has an account.) But despite there being a billion users on there, we still find ourselves checking in on the same people. Social media stalking. Whilst stalk is a little bit of a harsh term (it’s not like your following someone in the next cubicle intently listening in whilst they wee) it’s just the easier and strangely most socially acceptable way to describe it. There’s varying degrees, whether it’s a simple “I wonder what my secondary school BF is up to now…” whilst getting the night bus home one evening, to fully combing through someone’s social profiles to develop an entire back story of their life and general judgements about their personality. I have friends that are such shameless internet detectives they can find almost everything about someone in around 5 minutes flat. Their job history, dating history, and their old myspace profile they thought was hidden but really isn’t – you name it, they can find it. It’s almost a shame that their talents are wasted on social stalking – the MET should be snapping them up as investigative officers! After discussing the hitlist of everyones most stalked at dinner with friends this weekend, here’s the top 7 people we’re all guilty of Insta-stalking. No need to feel bad, we all do it. It’s just about finding the right balance between a little bit creepy and total cyber criminal…

I’m a big believer in what you don’t know can’t hurt you, so avoiding insta-stalking exes is high on the agenda, and checking his profile is only going to result in something along the lines of oh dear god he’s now got a kitten why did I break up with him maybe I should just text him?? Oh wait I deleted his number! Maybe I can remember it off by heart – 07898 is it a 7? I’ll just try a 7…

Or it could bring back awful memories of that weird twitch he got when he was mad. Or how much you hated that shit tattoo on his arse that he got during a lads holiday. His obsession with reality TV. Either way, when you had such a big bond and they formed such a large part of your life, it’s actually quite weird that they so often become zero part of it. Dipping into their Instagram account every now and again feels like a totally non-offensive way of seeing how they are doing without sending a text that’s sure to enrage their new girlfriend. Which leads me to…

Let’s face it, who hasn’t at least once checked out the girl that took over from you after you moved on from a relationship? And then compare yourself. Then make up conclusions about what she’s like as a person. “Ew she’s wearing fake Louboutin’s! So she clearly must have chlamydia!” It’s fine, it happens. And it doesn’t matter whether your relationship ended on good terms or bad terms, there’s always a deep sense of intrigue into who came after you and whether they upgraded or downgraded… You might be happy in your own relationship, but something about prying into theirs is so damn enjoyable…

So you like this new guy and you want to know more about him and his past before getting in to deep with someone who could well be a serial killer (you just don’t know, do you!?) Whether you’re 86 weeks deep into an Insta-stalk of the person you went on three dates with, or checking through your latest Tinder match’s tagged photos to see when he was last snapped in a picture with a female, before you’re aware of it, you know this guy’s ex’s name, where she works, her favourite perfume, that her best friend is called Sarah, she played the clarinet until she was 13 and that she’s lactose intolerant. In fact, you know way more about her than you do about the guy you like… And of course, when he eventually talks about his ex, you’ll act surprised as if he’s revealing some big mystery that you certainly know nothing about… obvs.

4. That girl you used to be best friends with in school and now for some reason you hate each other…

You used to be BFF’s. You had each other in your MSN names before your secondary school boyfriends (oh the MSN name hierarchy) and then you went to different colleges or she got into a relationship and stopped spending time with you… and then things just got weird. You drifted apart. You stopped talking. And then time passed and instead of simply ignoring each other when you’d see each other out and about, you now give each other weird sly bitchy looks. It’s weird.

You knew of this person because they were one of the cool kids at school. But then you all left and nobody heard from them again. Then they cropped up on social media, as elusive as ever. They post pictures on exotic beaches, backstage at gigs in giant stadiums, cityscapes, exclusive galleries, plane tickets, and is that a selfie with Taylor Swift???? I hear she’s dating the lead singer of that really cool band. I hear she became muse to a rich aristocratic Parisian artist. Their insta-bio? It says nothing. What do they even do for a job? Whatever it is, it makes my 9-5 desk-based job feel like a torturous run through the inner circle of hell. It’s like the Margo Roth Speigelman of your world. Of course, they only post every two weeks, so you can never keep full tabs on what they’re doing. It’s a mystery. It’s addictive.

6. The one that got away

It may have been at a house party, whilst ordering a coffee, or getting a kebab at 3:45am on Saturday morning three years ago in March, but you and this person shared a moment. Whatever that moment was or is, I’ll let you be the boss of that one. But it happened. And you still like to check in on their profile thinking of what their grid of pictures could have looked like if you got together like you know you were so clearly destined to do.

She looks like you, but a million times better. Like the really cool person, you don’t particularly know what she does, but she Instagram’s so good. Her body, her face, her hair, everything is just so hot that it makes it totally okay that every single picture on her profile is either a selfie or mirror selfie (yep, she’s that hot). She makes you feel bad about yourself because you are you and not her, and still you love her.

A few weeks ago I booked a last minute holiday to Spain with my mum. Sure, it wasn’t anything super cool like Barbados but I…

Coffee cup on reclaimed wood desk. Sitting in bed with a magazine. The legs on wooden floor next to a cute handbag. Avocado on toast….

Having a job that relies almost solely on social media can actually be exhausting. It’s like a relentlessly hungry pet that needs feeding, or else…

The races – it’s not all horsing around don’t you know? It’s an opportunity to get dressed up, sip some champagne, and if you’re the…