It’s often said that we are our own harshest critic. The new Dove France campaign highlights exactly how brutal our inner critic can be. By now I’m sure you’ve heard of their #OneBeautifulThought campaign. If you haven’t, here’s the round up: in the ad, some women are asked to write down all of the crappy things they think about themselves on a daily basis, then they were then invited back to a coffee shop where they ‘accidentally overheard’ two women (who were actually actresses) having a conversation where they said to each other some of the horrible things these women had written down about themselves. Unsurprisingly, the women who overheard this were horrified to see these two actresses saying such bitchy things to each other so in such a blase manner over coffee. The advert ends by asking: “When was the last beautiful thought you had about yourself?”

Naturally, as a bit of a cynic, I find myself feeling slightly sceptical about this advert seeing as the women in the ad are so naturally beautiful in their individual ways. I can’t help but think that Dove France might have taken a slightly patronising route once again in their advertising. But then perhaps another point this advert highlights is that no matter how beautiful we might see someone as, all women have insecurities and worry about their perceived imperfections? This new Dove campaign got me thinking about my own love/hate relationship with beauty and body image, so since waking up this morning I decided to write down every shitty thought I had about myself today and share it here on the internet with you guys. As a comparative balance, I also wrote down any “beautiful thought” that I had about myself today.

“Your feet are so small they look like pigs trotters”

“I swear you’ve gained weight on your armpits. Didn’t even know that was possible”

“Your forehead is so big it’s like a tombstone. Think how pretty you’d look if it was smaller”

“Your hairline looks like a balding 50 year old man’s”

“Your thighs are like big fleshy chicken drumsticks from KFC”

“When did your face get so fat around your mouth?”

“You’re too ugly to do vlogs. Nobody would want to watch you”

“You’d be more successful if you were 10lbs lighter”

“Your head is the shape of a giant round egg”

“Your eyes are really set back in your head”

Plus I thought “You’re so fat/ugly” about four more times.

And here’s the positive:

“You have nice cheekbones”

“Good job on the eye makeup”

Just like the women in the advert, when reading these personal insults back out loud I laughed in shock. Am I really that bad? It almost seems laughable that my brain criticises myself so strongly and frequently everyday. Would I actually expect anyone to say these things to me IRL? No. Would I ever say these things to anybody else? Never, because I’d never want to hurt someone with such cruel words. So why are we saying these things to ourselves on a daily basis?

The truth is, we don’t see the good in ourselves that others might. But when I’m with my friends I only ever focus on the things about them that I find beautiful, because they are the only things I can see. Their flaws are invisible to me (unless they are seriously hungover with last night’s makeup on and kebab debris around their mouths). What’s so shocking is how much we mentally bully ourselves over our appearances and that it’s become so ingrained within our daily routine of doing our makeup, looking in the mirror, walking down the street that it’s difficult to escape. Our perception of beauty is so warped by magazines and instagram and everything else that’s around us that we are constantly internally criticising ourselves for not being perfect.

Next time you mentally berate yourself, just think about what you’re really saying. Remember that we all have these thoughts, but it’s probably only you that sees such a deep level of imperfection. Cynicism aside, one of the last questions the Dove campaign poses is something you really should ask yourself next time you’re mind is screaming “You’re so fat!” at your reflection: “If it’s not acceptable to say to someone else, why say it to ourselves?” 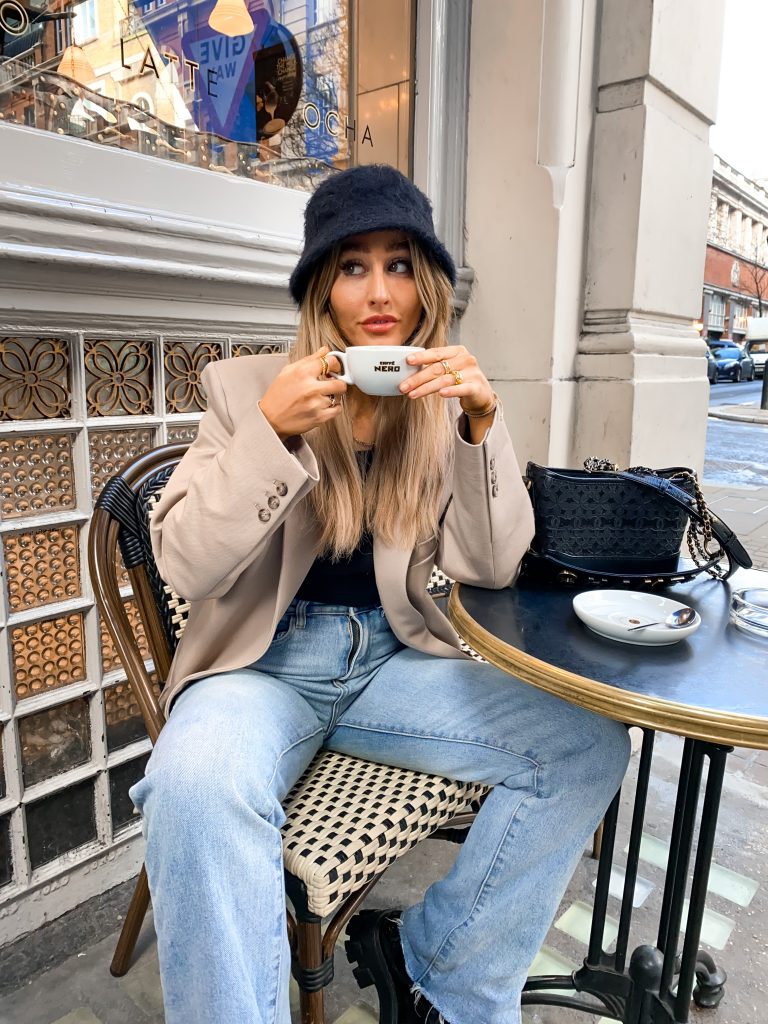 A guy I went on a date with asked me what music I liked. I panicked. Not because the chat was that awful that we…

If you’ve been following me on Instagram lately, you’ll know all too well from my stories that I’ve been having to wear my glasses for…

It’s Sunday which means one thing and one thing only: I’m back with another roundup of 3 little things that have happened or I’ve been…