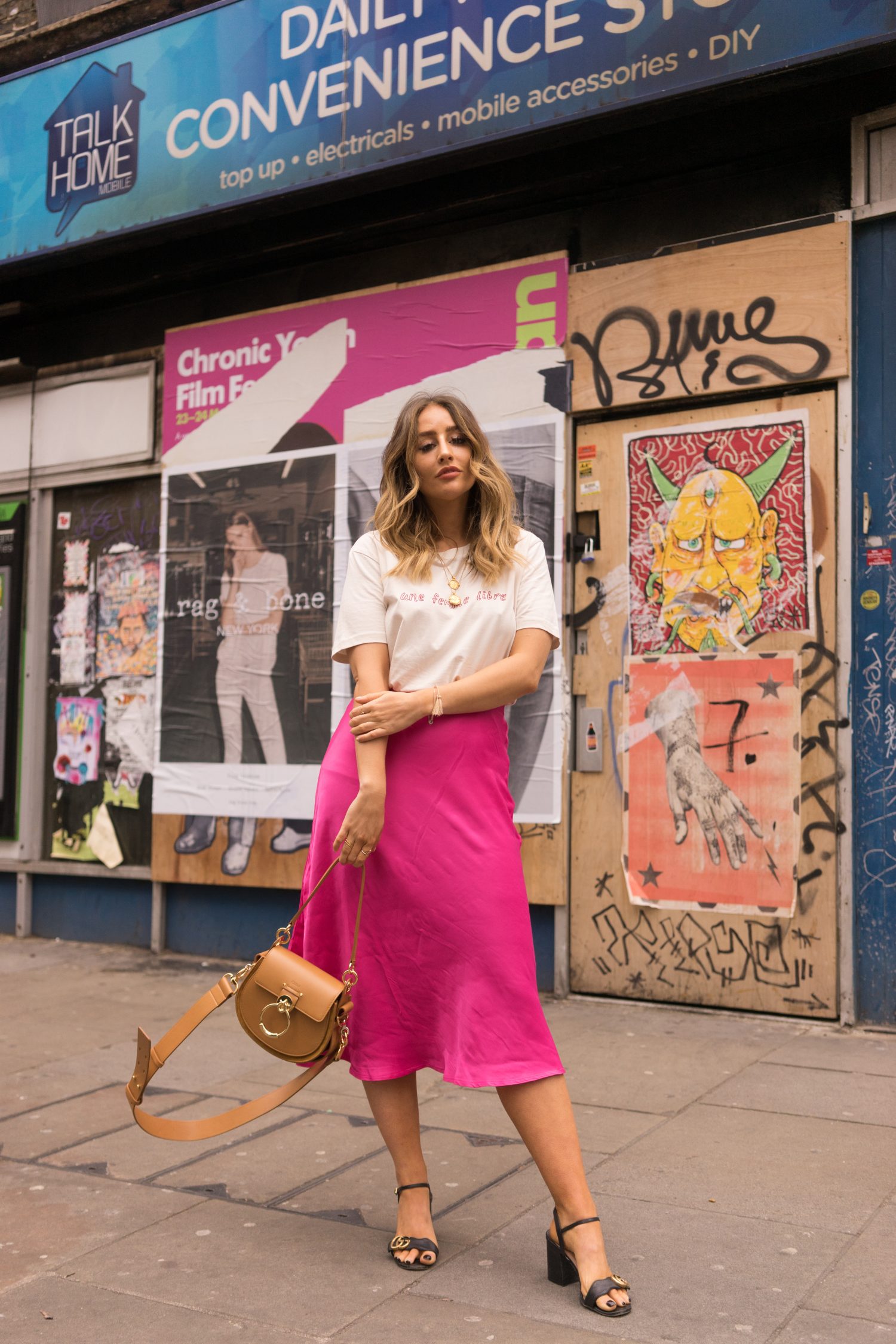 It’s safe to say I have a very liberal friendship group. As soon as we’ve had a few cocktails (or to be honest, even a coffee…) the conversation always turns to sex. Who we’re sleeping with. So and so’s new position discovery. Sex toy recommendations du jour! Vegan lube. Choking – hot or not? (and consent is IMPORTANT here!) But still, no matter how liberal we all may be, half of them go silent, turn their noses up with an “ugh nah”, and simply won’t get involved in a discussion on period sex.

I don’t want to judge anyone for not wanting to do something they’re uncomfortable doing – whether you identify as male or female. And the truth is many people ARE uncomfortable with period sex. A recent (and very eye-opening) survey by Bodyform discovered that embarrassment, worries about the mess and even fears that it’s more likely to lead to pregnancy or STIs lead to people abstaining from sex when one partner is on their period.

It may seem sad, but perhaps not totally surprising, that more than one in four surveyed even go as far as to say it’s ‘disgusting’. It’s hard to take cues from past sexual experiences to know what’s “right or wrong” (soz, spoiler alert: no such thing), as they’re so varied and so many people have such different views. I’ve bled during sex on quite a few occasions (if this happens to you, always get checked out – it could be a cervical issue or an STI – for me I have a “sensitive cervix” lol ok but it gives me something to keep an eye on) and on occasions that it has happened, I’ve had reactions from men such as “wtf you’ve ruined my sheets. You need to get to the clinic” (yep, Asshole) to “shit babe are you ok? Did I hurt you?” (Awww cute but nah don’t flatter yourself…) and a personal favourite “oh no!! Sainsbury’s is just downstairs, should I go get you some tampons?” (A hero amongst fuckboys) – so it really is no wonder that we have such mixed feelings about actual period sex when we’ve had such conflicting reactions to a little bit of surprise bleeding.

Another thing I found super interesting, although probably not surprising once again based on conversations with my female friends, is that men are happier to have sex during a woman’s period than women are. And that too makes sense to me. I think a lot of men just don’t care (or, at lest from my experiences…( because they’re still physically getting something from it. Whereas as women, so many of us worry what men think and how that will make us feel. It’s how we’re conditioned to be. Another anti-shock and no-surprise here was when Bodyform’s survey said that out of women between the ages of 18-24, 70% admitted they’d cancelled dates because they got their periods. Periods are only a cockblock if you make them into one my friends.

It can be an awkward topic to discuss. I’ll admit, even still now I dread having to have the “oh I can’t, I’m on my period” convo when things start to get a little steamy with someone. It’s a mood killer. And you never know how someone will react. I ended it with a guy who will forever be known as “period guy” as his reaction was “ughhh omg that’s so annoying. It would have been nice if you told me that before you came over” – yes, really. A 33 year old man did say that. But at least I was honest – whereas 43% of people surveyed who said they’d lied about the told their partners that they were too tired.

Like any good writer, I googled “period sex” to see what the hot topics of conversation were saying. And the top related results are as follows.

We’re conditioned to think periods are “gross” and “wrong” from the moment we’re told to hide our period products from everyone – men especially – in the cupboards and special toiletries bags. Ahhhh brb just going to the toilet *slides tampon up shirt sleeve, lest anyone knows I have a functioning set of ovaries doing their monthly thing*. It’s seen as this secretive thing that women do once a month – there’s a weird sense of “othering” around a woman who’s on her period, rather than just treating her as, well, a woman. My school experience of sex education involved splitting up the boys and girls. Guys got taught about wet dreams, boners and wanking (erm, fun) and we got taught about bleeding.

Still today there’s just so much conscious and subconscious messaging that comes from both men and women that your period disgusting and dirty, when in reality, it is literally a natural thing – let alone when we throw sex into the equation. It happens once a month for most women between a certain age, so why do we still get so stuffy over it?

It seems odd for me that people have sexual kinks, some people like being choked, role play, but when it comes to blood people starts acting like children again. I have friends whose boyfriends will happily have anal but won’t go near them when they’re on their period – which to me blows my mind that they think that blood is dirtier than the hole we literally rid ourselves of body waste from. Honestly. I. Don’t. Get. It. Body fluids are exchanged regularly between partners. So much weird stuff happens during sex if you REALLY think about it – but still we’re so caught up on periods.

And period sex can be incredible – it’s a pain reliever for cramps and hello endorphins making you feel all good afterwards too! Sensations can be heightened. IDK about you but I tend to be hornier in general (is it because I want what society has conditioned me to think I can’t have?! Or is it just hormones?) and actually engaging in period sex with a partner can make you feel a bit closer to them – like another level of intimacy. Can we have a communal “awwww” all together pls?

It’s important that we do what makes US feel comfortable. As part of Bodyform’s survey, they interviewed people with different views on period sex and it’s well worth a watch if you’re a little unsure on where you stand with it all. If abstaining from sex for the week of your period make you feel good then that’s cool. If you wanna bang during it, also cool –so long as your needs are met and communicated and respected. I have friends who are firmly team no-period sex. But for me – and the majority of partners I’ve been with *praise be* – we’re strongly team “I literally don’t care”. AKA, team period sex. And at the end of the day, I’m in a long distance relationship with a man that lives in Australia. When we only get to see each other every 4 weeks for 2 weeks at a time, there’s no way I’m skipping a week of not having sex just because of a bit of blood. I’ll respect any opinion that isn’t “it’s disgusting” – but in truth, any man who has a no fucks attitude towards it is a winner in my eyes. It’s definitely a “you do you hun!” situation – but it would help if we all spoke about it more to strip down the shame and stigma that comes from periods AND sex (two things women are so ready vilified for for various reasons) So long as you know the reasons you choose are to do with you and not pressure from society, or judgement from a partner, then you’re good sis.

This post was originally published on the 14th June, 2016, but is being reposted in light of the recent findings of a study by the…

Topshop Top | Choies Skirt * | ASOS Jacket | Zara Bag (old) | Zara Shoes  Phoebe Philo is a goddess. Not only has she…

Hands up if you have a bit of a bad habit of sticking to wearing jeans and jumpers in the winter? Yes, I’m right there…