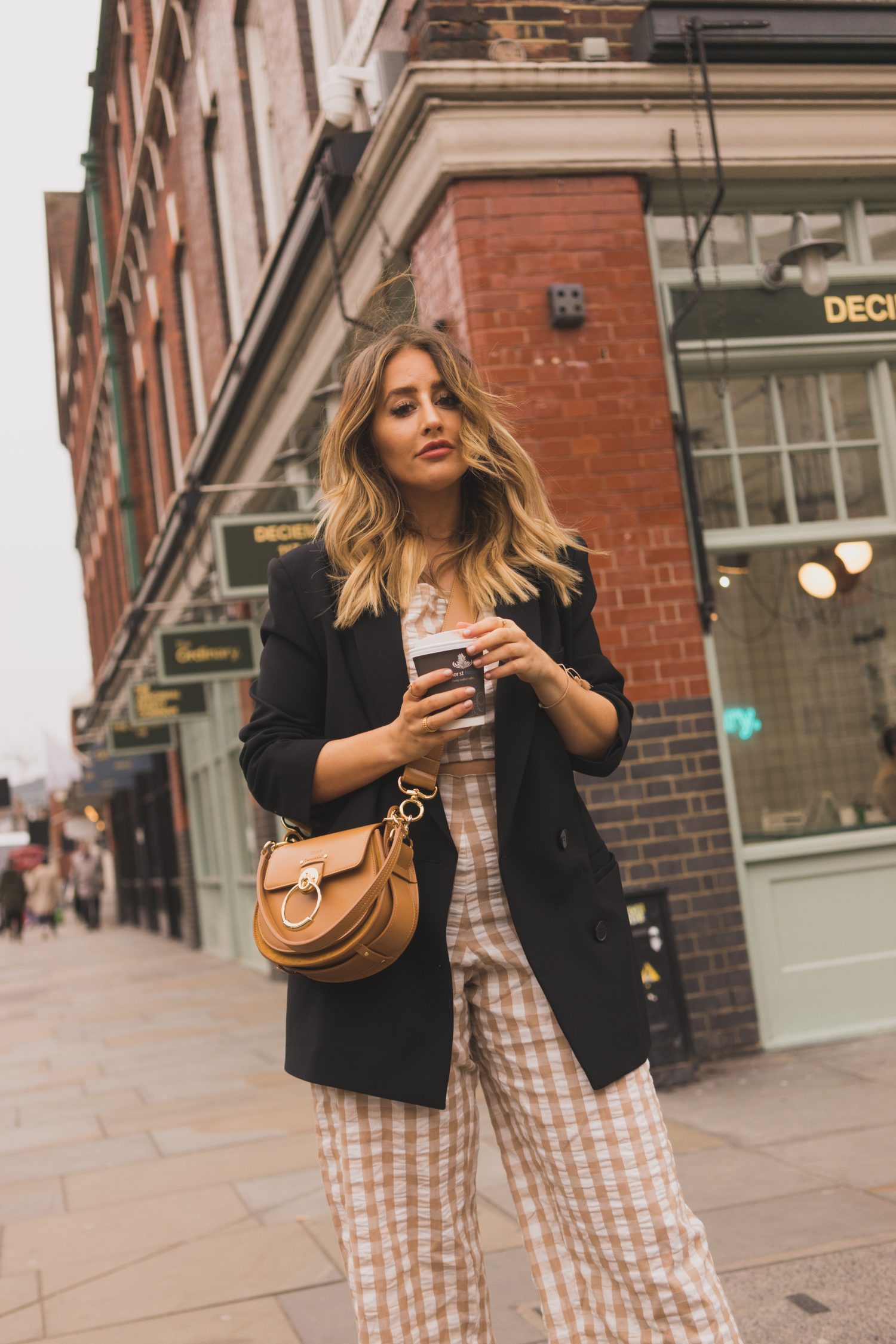 I think it’s safe to say when you hit your mid-late twenties you’ve dealt with enough car crashes in relationships and have had to grow a hardened protective layer. Like scar tissue. Or a turtle with a shell that you can hide within when you can sense a fuckboy on the horizon. Case in point, a conversation between me and my friend had. 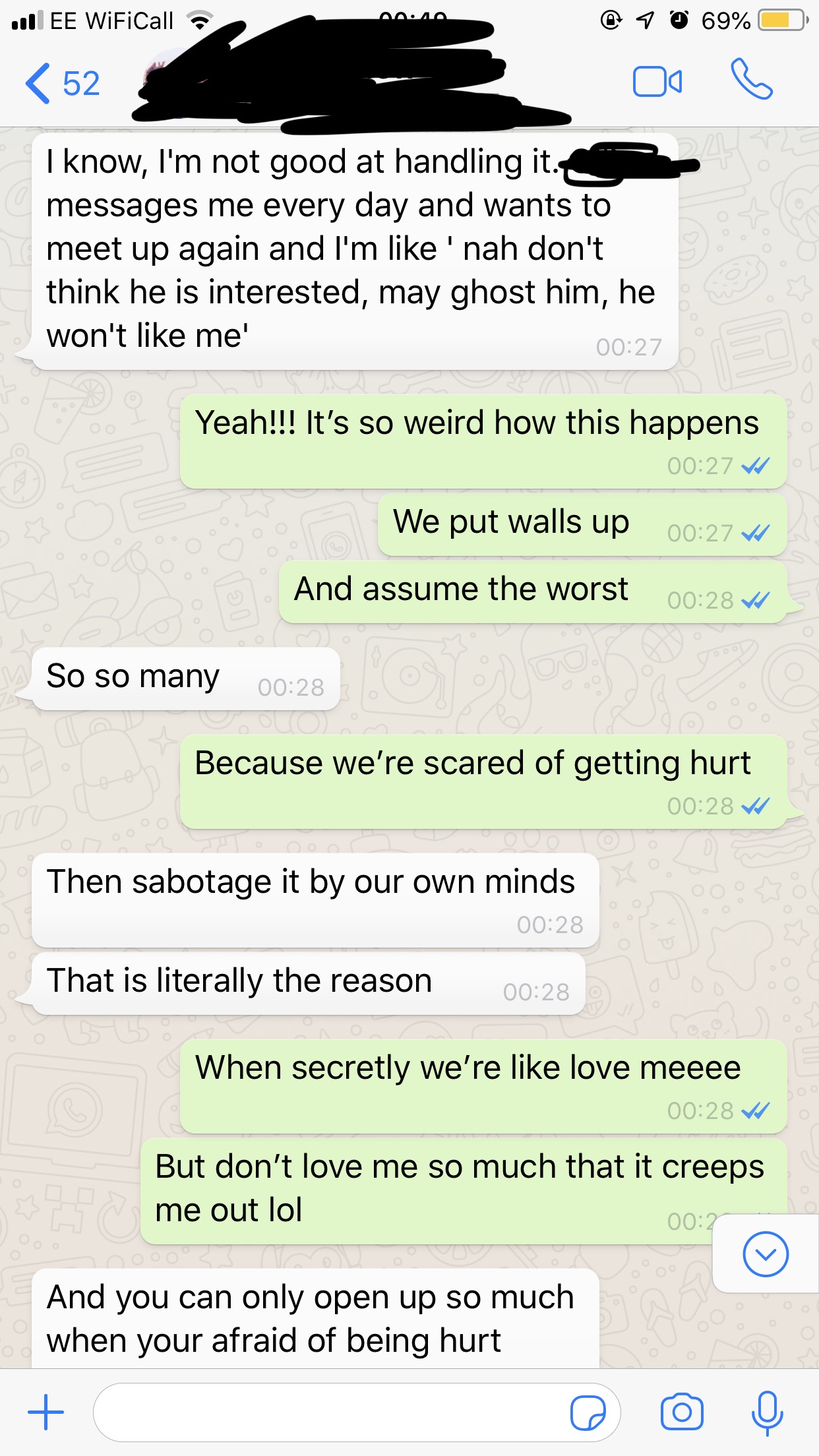 We are all fucked, apparently.

I thought I was good at this. I thought I was great at dealing with my emotions. But I’m here, looking at my whole twenties trying to work out how and why I’ve become so shut off. My emotional walls are higher than The Wall (GoT reference – sorry). As someone who preaches how it’s best to be open and honest and to wear your heart on your sleeve lest you fall in the trap of becoming a “cool girl”, I feel like I’m being somewhat hypocritical by locking my own heart away behind a thousand doors with keys that all got lost on a night out along with my bank card and favourite Charlotte Tilbury lipstick.

I think the problem is this. You’re single. You’re emotionally independent. And you think you’re fine. Because you are fine. But as soon as you start dating, you realise the scars that still exist. Sure, it’s easy enough to block off your emotions post-breakup after curing your pain with a bit of #thankunext, and yes, you may have got over that fuckboy with a surprising haste, but you never know when those little things that really got to you during the relationship will come back to haunt you and fuck with your present. New flames may say things that might trigger old thoughts, bad feelings, and certain emotions, and as a coping mechanism you put your guard up. I’ve developed a bad habit of cutting people off. And it’s not because I don’t like them: it’s actually the opposite – it’s because I like them, and I’m scared of being hurt. Instead of risking making myself vulnerable to others, I’ll just cut them off as soon as I feel any form of insecurity. Abort mission. Save yourself. If someone has a one way ticket to dying alone with 9 cats, this, my friends, is it. 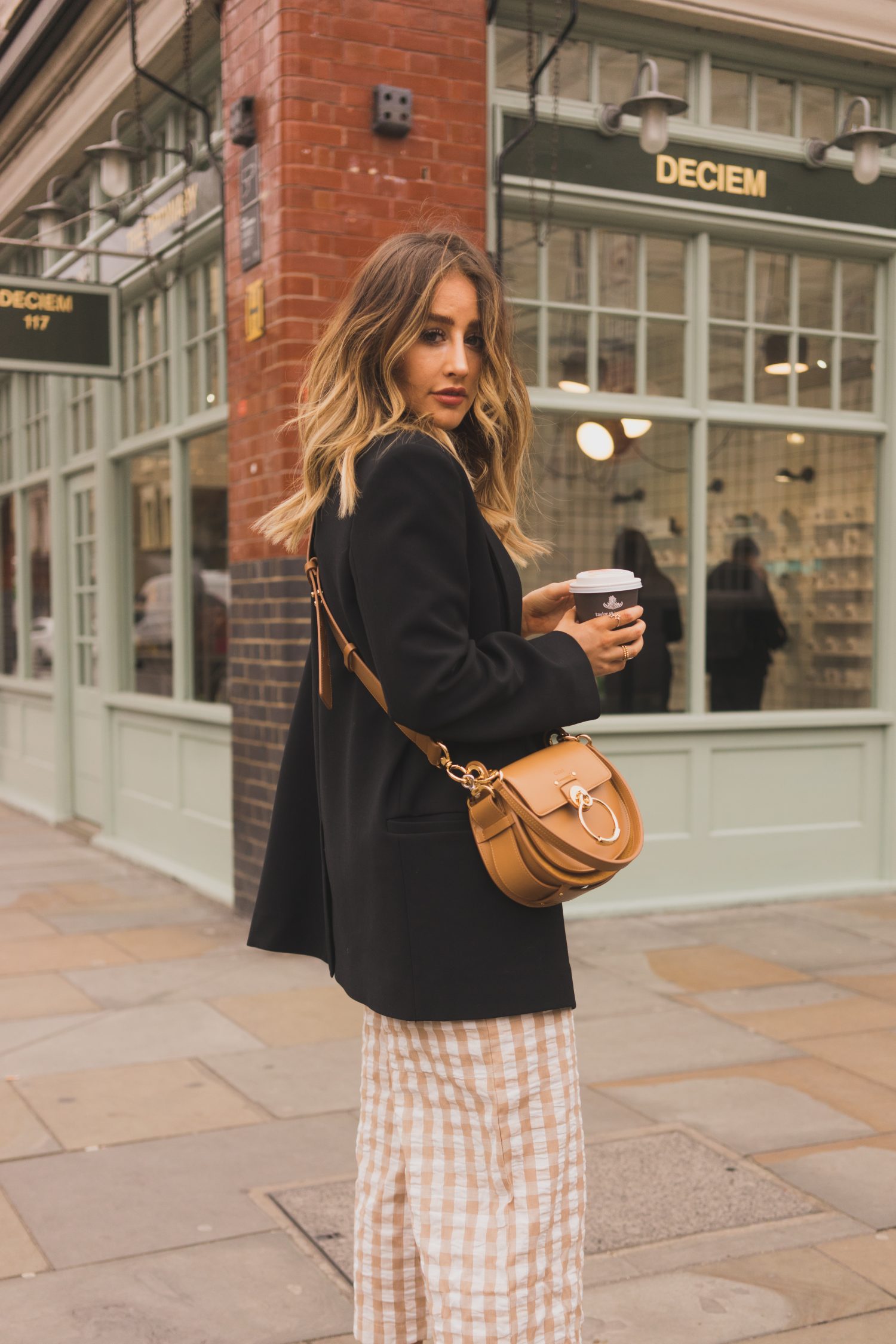 Few things are quite as exciting as those feelings you get when you meet someone that you literally fancy the pants off. They’re fit. They’re funny. And they’re not total creeps like the rest of the disappointments that came through your dating apps. Fucking winner. No? Oh no. But then you’re in danger zone. Because if you catch feelings, you could get hurt. A lot of it comes down to control. When I like someone, I overanalyse everything, basing it on my experiences with people from the past, and in a desperate attempt not to end up feeling like I have done before, I try to take control of the situation. How? I cut them off. I push them away. Or the old me would just ghost them. Because something knocks my stability – maybe they didn’t text back or maybe their messages lack conversation and I’ll think they’ve lost interest. But if I leave the situation, if I don’t text back, and if I cut things off then at least it’s my choice. Not theirs. I have control. I’m protecting myself from getting hurt.

I worry about everything. That they don’t like me. That I don’t like them either but them not liking me is making me want them more?? That I don’t want a relationship but I’ve caught feelings, so where does that really leave me? I want to be adored, but I don’t want to let my guard down and let someone in. I want someone to care about me but I’m scared of the commitment. Are you still following? Because I sure as fuck am not. Who would want to date me? I’m so indecisive! But also, I am a firm believer if you have all of these questions and doubts, that they’re probably not the right person for you anyway.

Then I realise that a lot of my behaviour isn’t me reacting to the situation, but it’s my past fears and hurt coming back to bite me. I tried to pinpoint how and why I felt like this, and I think perhaps it’s in part due to the sudden breakup I went through some time ago. My ex went from saying “you’re the love of my life and I want to spend the rest of my life with you” to “let’s just leave it it’s not working” in three days. Talk about a headfuck. And whilst I fixed myself back together from that breakup with relative haste, I can’t act like it hasn’t affected the way I have (or have not) opened myself up to new relationships since.

Another big trigger was when I went to go and visit a guy on the other side of the world for a week and he was so cold towards me I felt like he was actually repulsed by me. Another headfuck. So now, I suppose, I’ve been conditioned to think that people can leave so suddenly, and have such a quick change of heart, so you have to keep everyone at arms length and never let your walls down. AND I’ve wrongly learnt to be hyper-aware of cues that they don’t physically fancy me, overanalysing the whole situation. 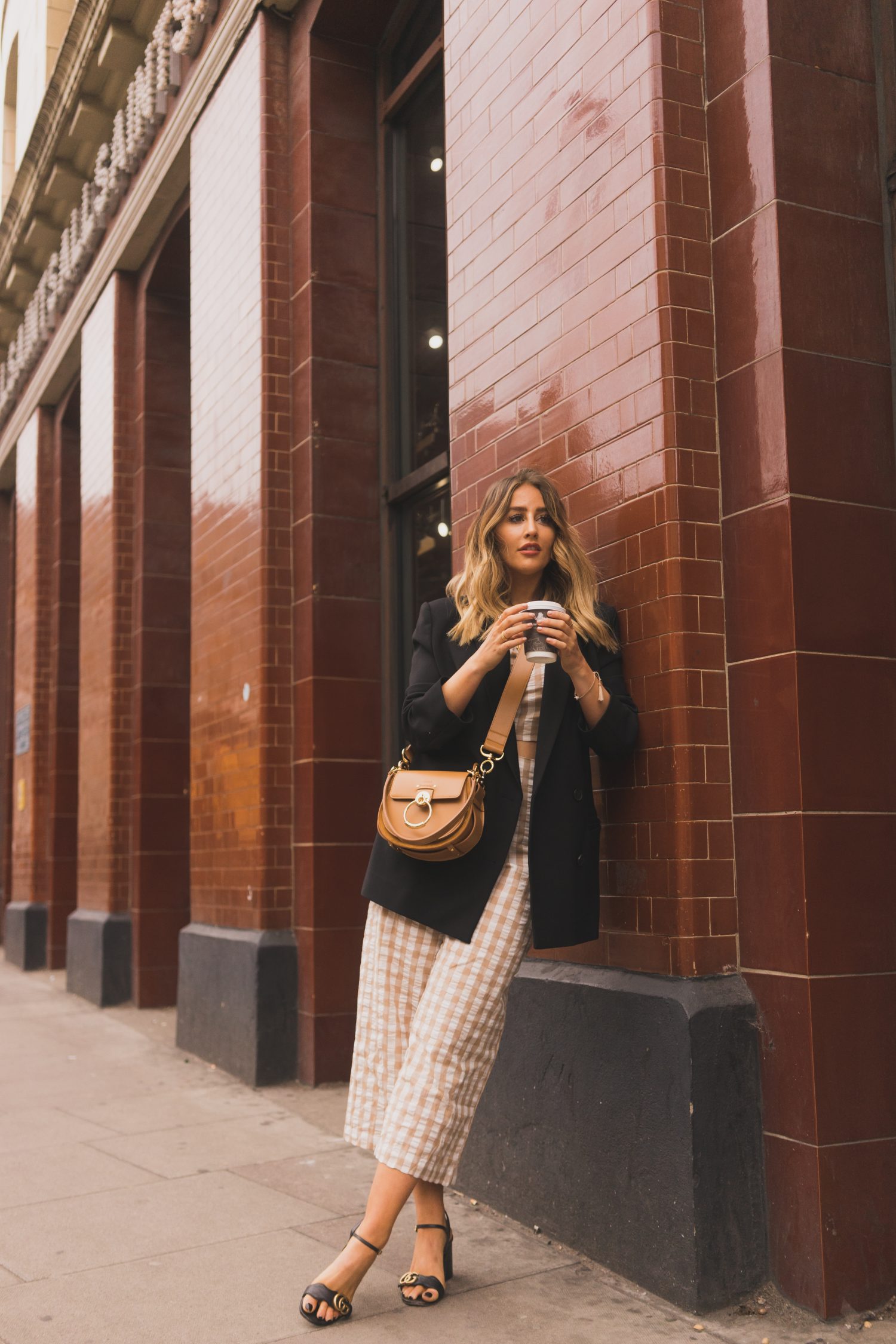 Everyone says I have high standards – which yes, can totally be a good thing – but what if they are so high they are unattainable? That they don’t even really exist? And well, perhaps the only reason they exist is actually only for yourself, so that you can keep them so very high that it keeps others out of your perfect world where you have control over everything? Your standards become an impenetrable wall to keep anybody else out.

I’m not sure when my walls will come down. But I’m going to quote you Beyonce right now and I warn you, her lyrics will absolutely not flow with my own writing style but well, she has a point: “remember those walls I built? Well baby they tumbling down. They didn’t even put up a fight. they didn’t even make a sound” – perhaps I am a bit of a romantic at heart when I think that maybe, just maybe, it’s because I haven’t met the right person yet to make me feel secure enough, and like in Halo, my walls will come down and I won’t even give a fuck. Or maybe it’s because I’m still working on a few issues of my own. But how can you work on them if you don’t put things into practice? Either way, I’m still here like a little turtle, ready to go back into my shell.

I know what you’re thinking. Bacon gives you cancer, right? It’s been all over the headlines, but despite all of the health warnings, I’m not…

Without wanting to sound too sentimental about fashion and appearances, I find that creating an outfit sometimes seems a little bit like putting together the…

Tropical prints are showing no sign of backing down in my wardrobe, with the latest pacific printed addition appearing in the form of these floaty…

It’s day 4 of Cyber Week and we have a big one – ASOS. They’ve been doing 20% discounts every day this week for two…