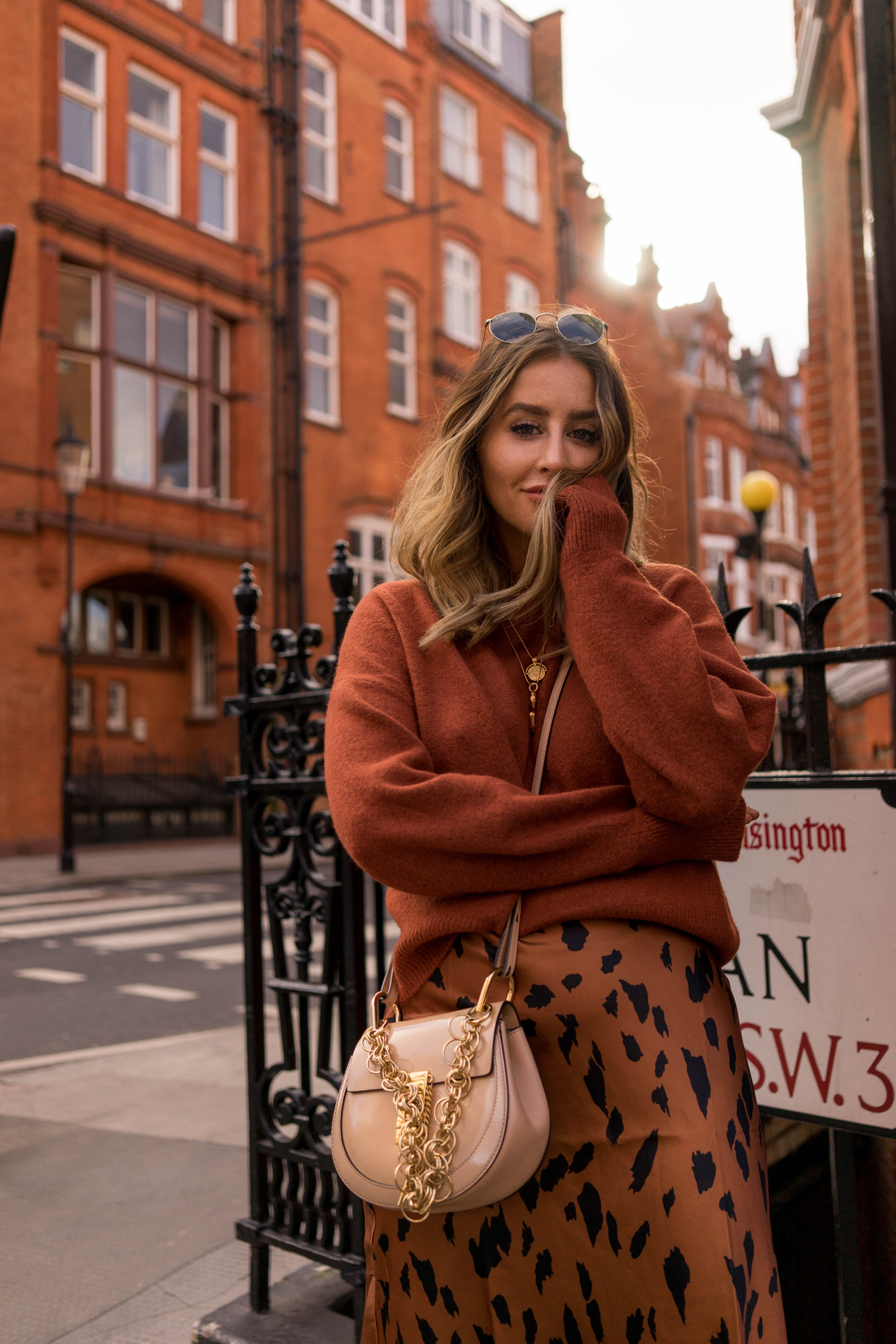 I was asked dating advice during a Q&A on Instagram lately. Not a totally unusual thing (although it probably should be seeing as my dating life resembles a dry barren desert) They said that they wanted to “have high standards” like me, and that they were really bad at spotting red flags. I actually felt like, wow hun, that’s amazing that you think that I take zero shit from no guy, ever! But the truth is it’s taken me years, and many mistakes, to get to this point. I’ve kissed many frogs, toads, and trolls along the way. I’ve been a doormat. I’ve ignored so many red flags in my past I could have fashioned a whole runway collection out of them titled “Gaslighting”. But you learn from your mistakes. And that’s why I’m here now, very single, but taking no shit from people because well, I’ve been there, done that, got the t-shirt (part of my red flag collection obv) and I learnt a lot during my time at a university where Lad Culture and gaslighting behaviour prevailed, even if I’ve only just realised it in the past year or so.

But I want to talk about these things and make it a conversation topic so that it hopefully won’t take some of you as long as it did for me to realise my worth and to understand what is completely unacceptable behaviour, because when you have strong feelings for somebody, the lines between right and wrong can start to appear very blurred indeed.

Several years ago I was in a relationship with someone who spoke to me awfully all. of. the. time. He was never affectionate (unless he wanted sex) He would be really grabby and aggressive when drunk – pulling me towards him by the neck of my top – and then would pass it off as lust. In fact, him grabbing my clothes and pulling me towards him on a night out was about as affectionate as it got (and that was only something he’d do if he got annoyed at me talking to his friends for too long.) He spoke down to me. He made me question my sanity whenever I’d call him out on his shitty behaviour, making me feel like I deserved him to treat me that way, and that it was an acceptable level of behaviour to expect. And when he drank he would call me “bitch” – like he was Chris Brown and I was some random hoe in one of the shitty songs he sings.

“Hey bitch! Come here bitch!” – it was normal, but I hated it, and protested every time. At an afterparty at my house he called me bitch again in front of everyone and I remember desperately asking him “please, please don’t call me bitch. It’s so disrespectful” and his response was “fucking hell you can’t take no banter can you. It’s a JOKE!”. In hindsight, I see it was all a vile symptom of Lad Culture that was habitual at the university I went to. 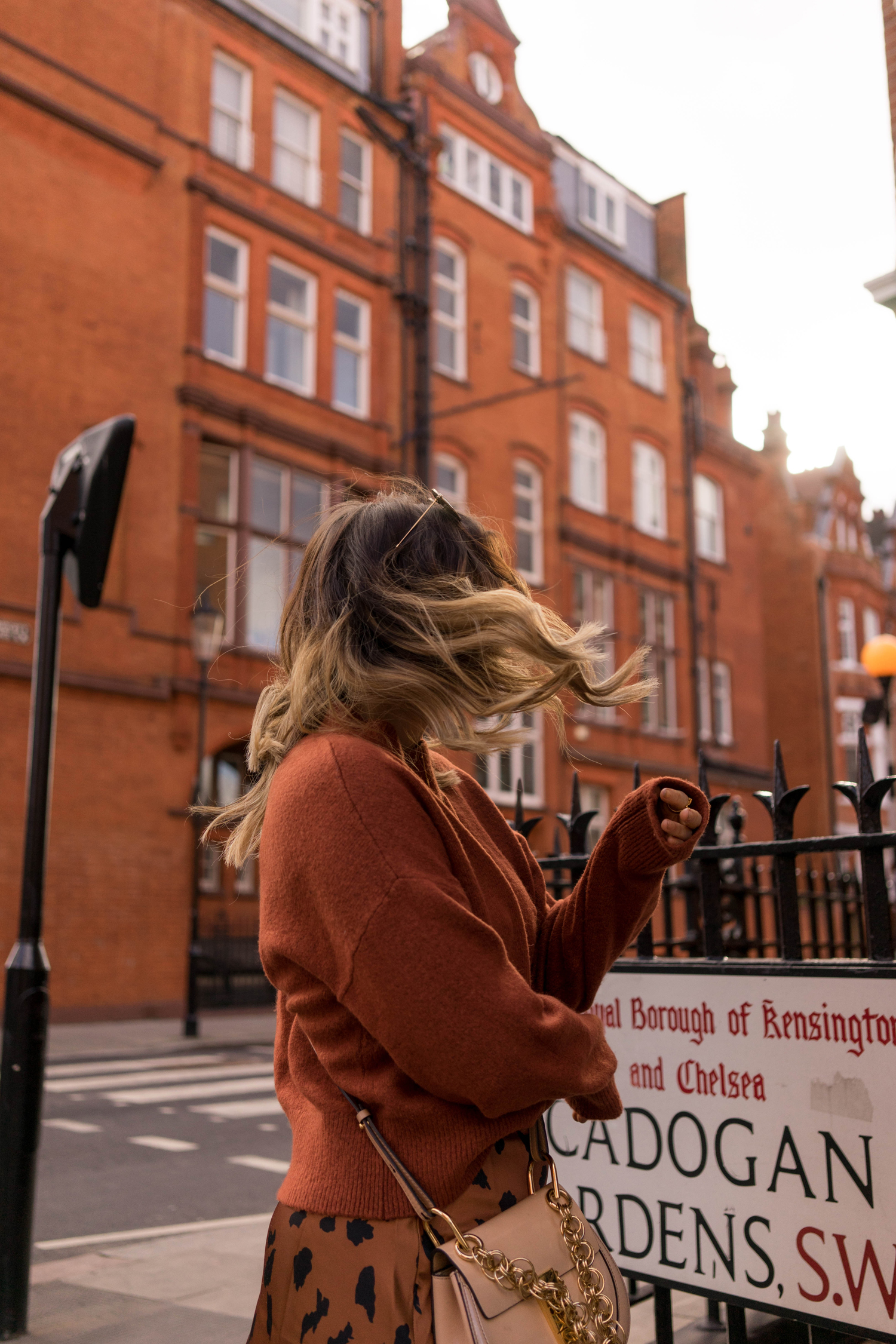 Another example was my last night out at uni. It was a big one. What better way to celebrate the end of an era than to have a friend tell me that my boyfriend had tried to get her number when he was drunk!  Wait, what?

Yeah, I was humiliated. And I was pissed. So I confronted him in the VIP area of the club (where all of the good drama occurs)  and he denied it all, calling me a “fucking stupid psycho jealous bitch” – and he stormed off and wouldn’t answer his calls. So obviously, I went home and cried until my fake lashes slid onto my cheeks because I was so gutted I had let a total arsehole ruin my last ever night out at university. I’m still considering invoicing him for the amount of eyelure lashes that I went through during our relationship because that was one hell of a strain on my student loan.

But that night it doesn’t stop there, no. I lived in one of those houses where the afterparty always happened and people were always being let in at all hours, so even though I went home and locked my bedroom door, it wasn’t long until he showed up banging on my door “oi let me in”

I made no noise under my duvet – I didn’t want him to think I was there.

He somehow got in despite the door being locked (cheap uni houses though, am I surprised?) demanded what my problem was, said I was pathetic (I heard that a lot), said I was being a crazy psycho (and that one), and then kept trying to repeatedly take my clothes off and have sex with me. I nearly submitted to it because even though I was so fucking hurt by the way he had been, I was so low I desperately wanted some form of affection from him. I was confused and hurt – how could he treat me so badly? I needed some sign he cared that even his vile physical touch felt like something. It still felt so wrong, so I repeatedly asked him to leave. He wouldn’t. I told him he had to stay on the floor, and he did, until I woke up to him trying to stick his boner in my back whilst I was asleep. Total pig. 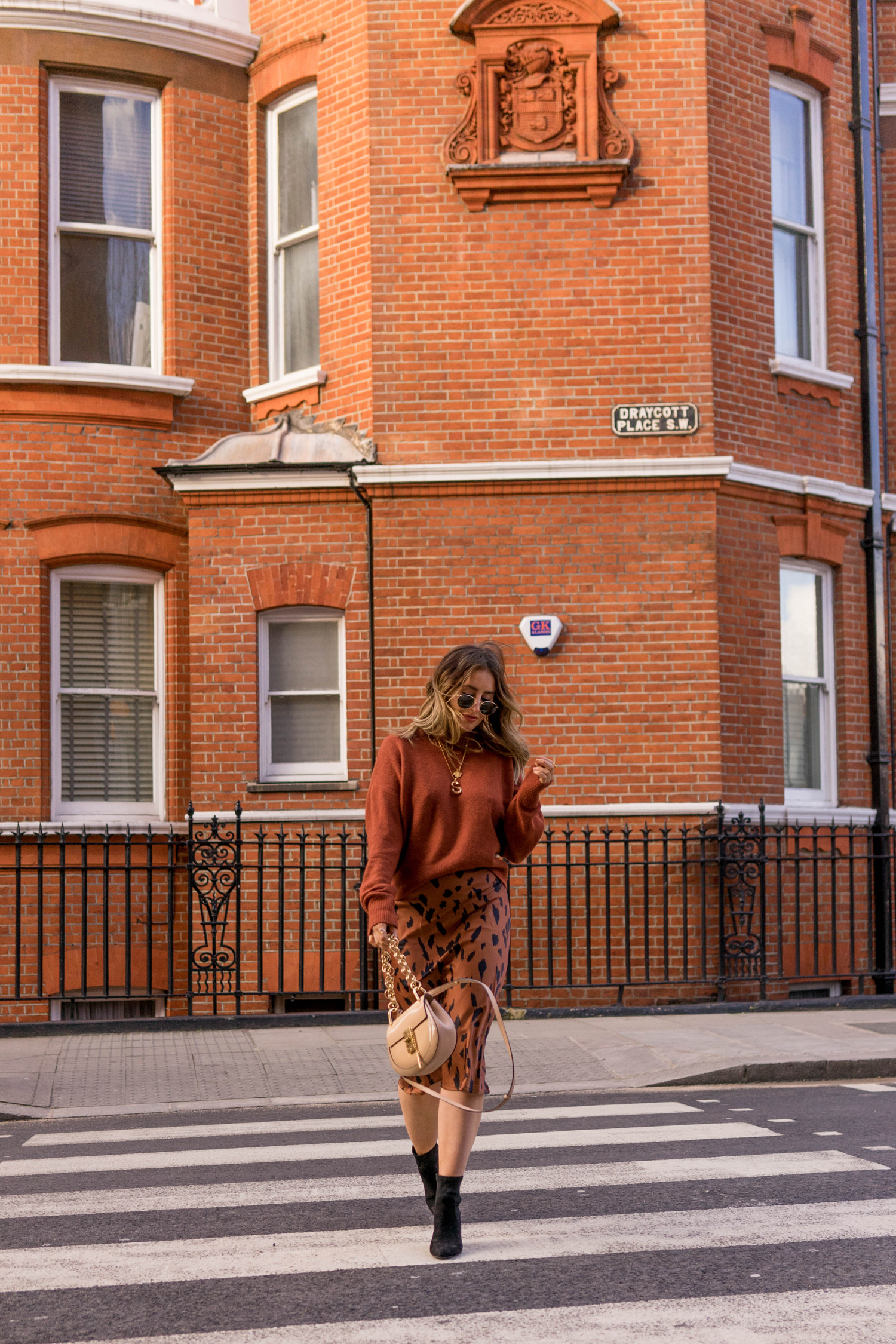 Possibly one of the most memorable cases was at a dinner at GBK. If anyone could ruin a burger date for me, it was him. Sitting there, mid-convo about whatever had been going on at uni that day, he has his hand around his glass of water and says deadpan, staring me in the eyes, “I want to smash this fucking glass over your fucking face”. No, seriously, he said that. It’s bad enough being interrupted mid-sentence, but to be interrupted by THAT. It takes the biscuit. Well, burger. A mix of emotions poured over me like boiling water, but it was a meld shame and confusion that burnt me the most. Why would he ruin a nice dinner by saying something like that? Is he actually joking, or does he want to actually do that to me? If it’s a joke, why would that ever be funny? What did I do to deserve that? Do I deserve this? I literally don’t know to this day. It still makes no sense to me.

I got up to leave and started crying, and after he followed me, he called me “too fucking sensitive” and pathetic (again) for my reaction and causing a scene, and my inability to find his “joke” funny. Because you know, women are meant to sit and laugh at men’s jokes! Even if they’re not funny and are actually really scary and threatening!

And you know what, I was actually really fucking scared.

I knew none of it was right, but so regularly he made me feel like this was normal. It’s like he made me feel so worthless that even if I was right to be mad at him and we’d argue about it, I would be the one trying to make peace because I was scared to lose him. I know some of you reading this will have been there, and I know others will be seeing things perhaps clearly for the first time: that the way you are being treated by your significant other isn’t normal or ok. I’ve been told by people that it’s a perfect example of gaslighting. But this kind of behaviour didn’t have a name like that back then. Or at least, nobody spoke out about it openly like we do now. Like I’m doing now after all of this time. 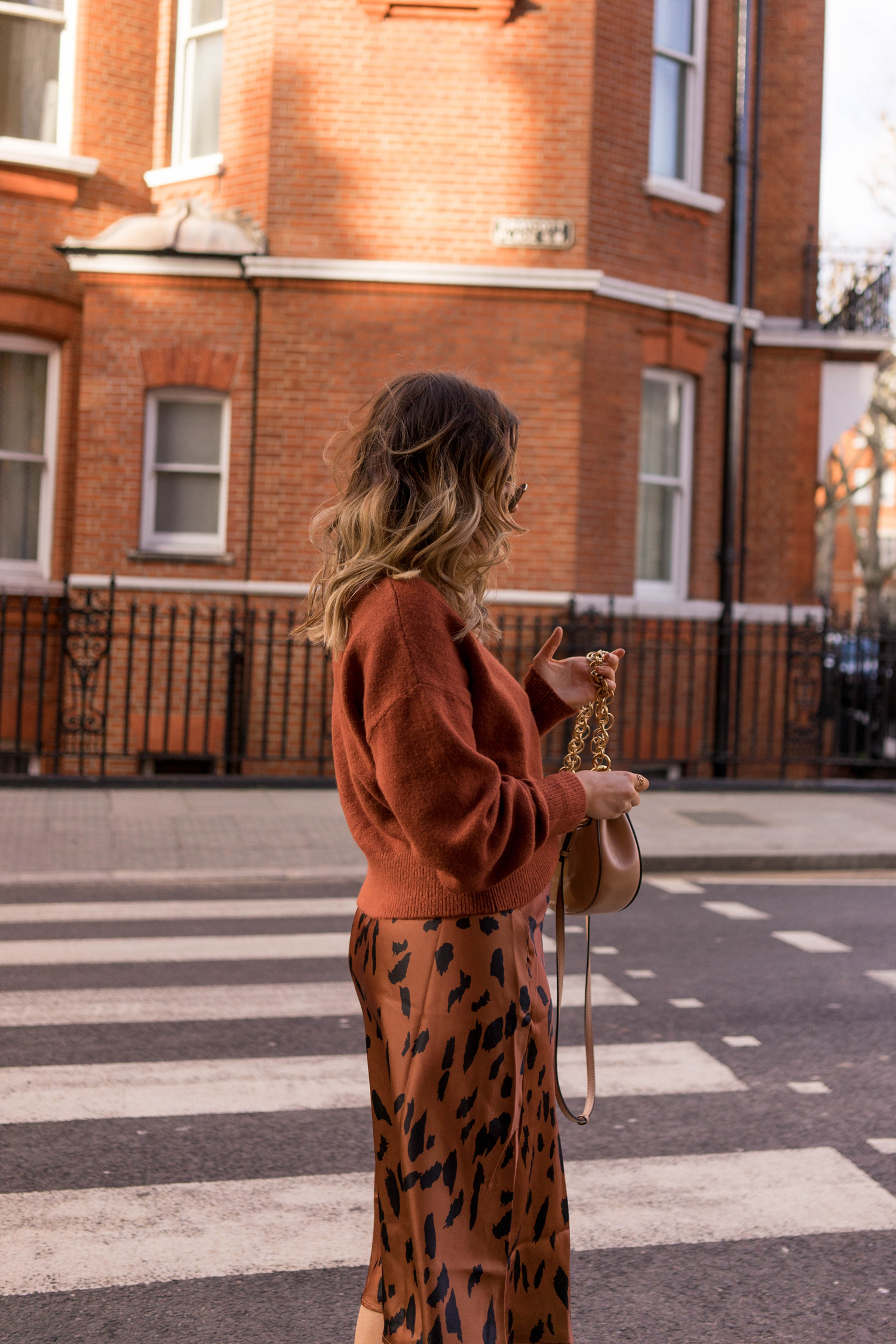 Relationships are never easy. You have rough times. People are not perfect. But there’s a line between banter and having a laugh, and then saying things that are actually hurtful and disguising it as a “joke” – this is why it gives me a migraine every time I see a man on a dating app who’s written that they get on best with women that “don’t take themselves too seriously” and can “take a joke” because it reminds me of him and how he made me feel. And how unfunny I was for not laughing at the fact he wanted to smash a glass over my face. Like, omg LOLs. I am SO boring!

It’s taken me six years to really look and see this for what it truly is. Six years of emotion I buried because it was so normalised at the time. And even now, I’m re-reading and considering not posting because I feel like he made my feelings so invalid, I am STILL questioning whether I am just being “too sensitive” – this shit stays with you, and I suppose writing this has been a healing process.

You might think that someone would have stepped in and said and done something, and my friends definitely did. But I’d always go crawling back there and they’d catch me being dropped off by him late at night. I was very insecure back then, and he played on that. Plus, we all know we have to learn from our own mistakes. And as much as I loved the three years I spent at university, the culture there was actually very toxic. Lad culture reigned supreme, and it meant that sexual harassment, and in some cases, even assault, were laughed off not only by the guys but also by us girls. In light of the #MeToo movement and people speaking out more openly, especially when it comes to the topic of consent, my friends and I have realised the severity of some of the things that happened back then that to us just seemed “normal” because that kind of culture normalised it all. I’d never advocate anyone staying in relationships like this. Ever. It’s one of the reasons why I’m writing this post now! But if I can take a positive, it’s experiences like these that have made me learn what kind of behaviour I will never accept from anyone again. It’s pushed my standards higher because I know I deserve better. That’s why after six years (and the extra months that this post has been sitting in my drafts for) I finally felt like I should publish this, in hope that it may help others to identify toxicity and red flags, and #dumphim, block his number, or do what I did, throw a bowl of fake vomit over his car in the middle of the night.