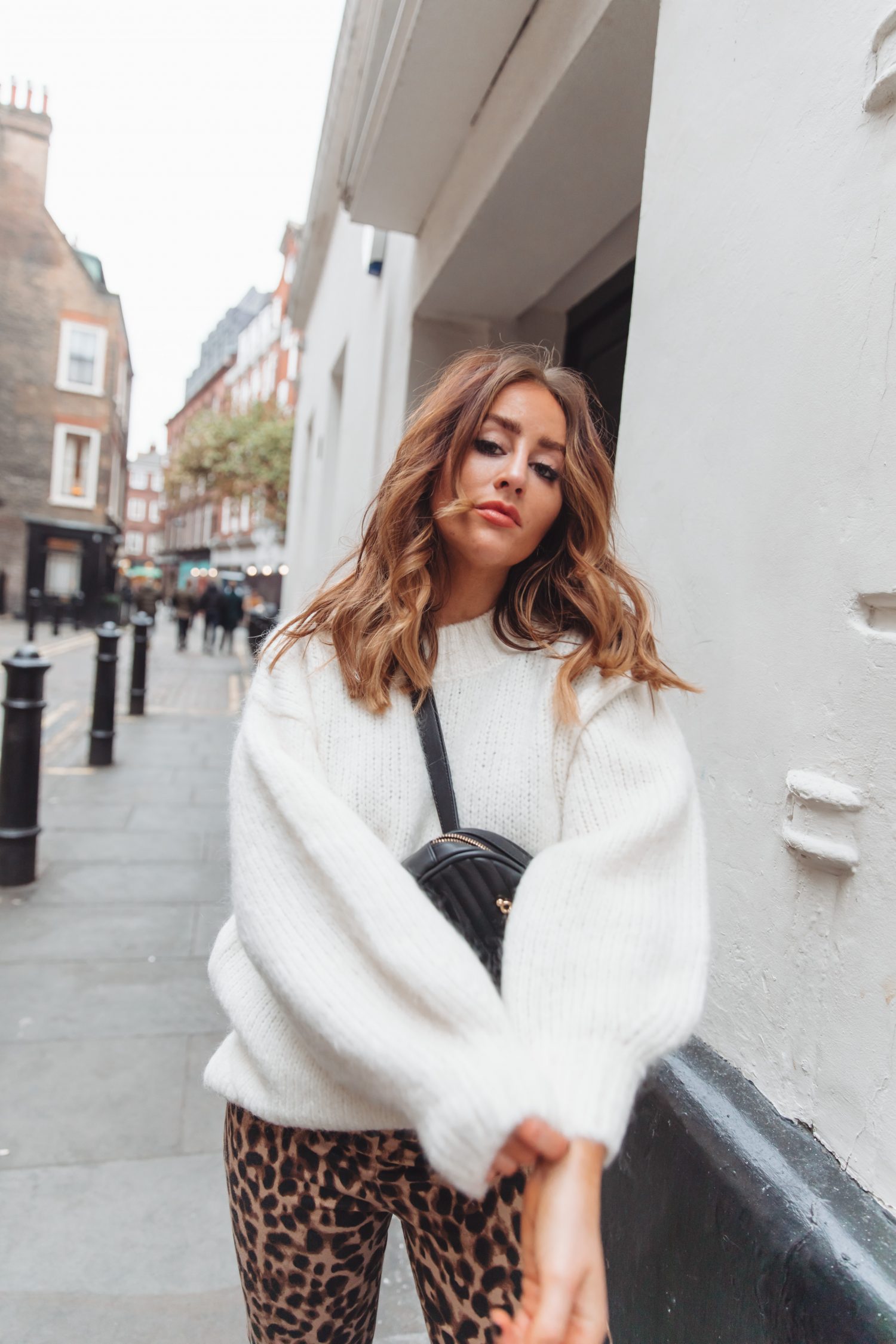 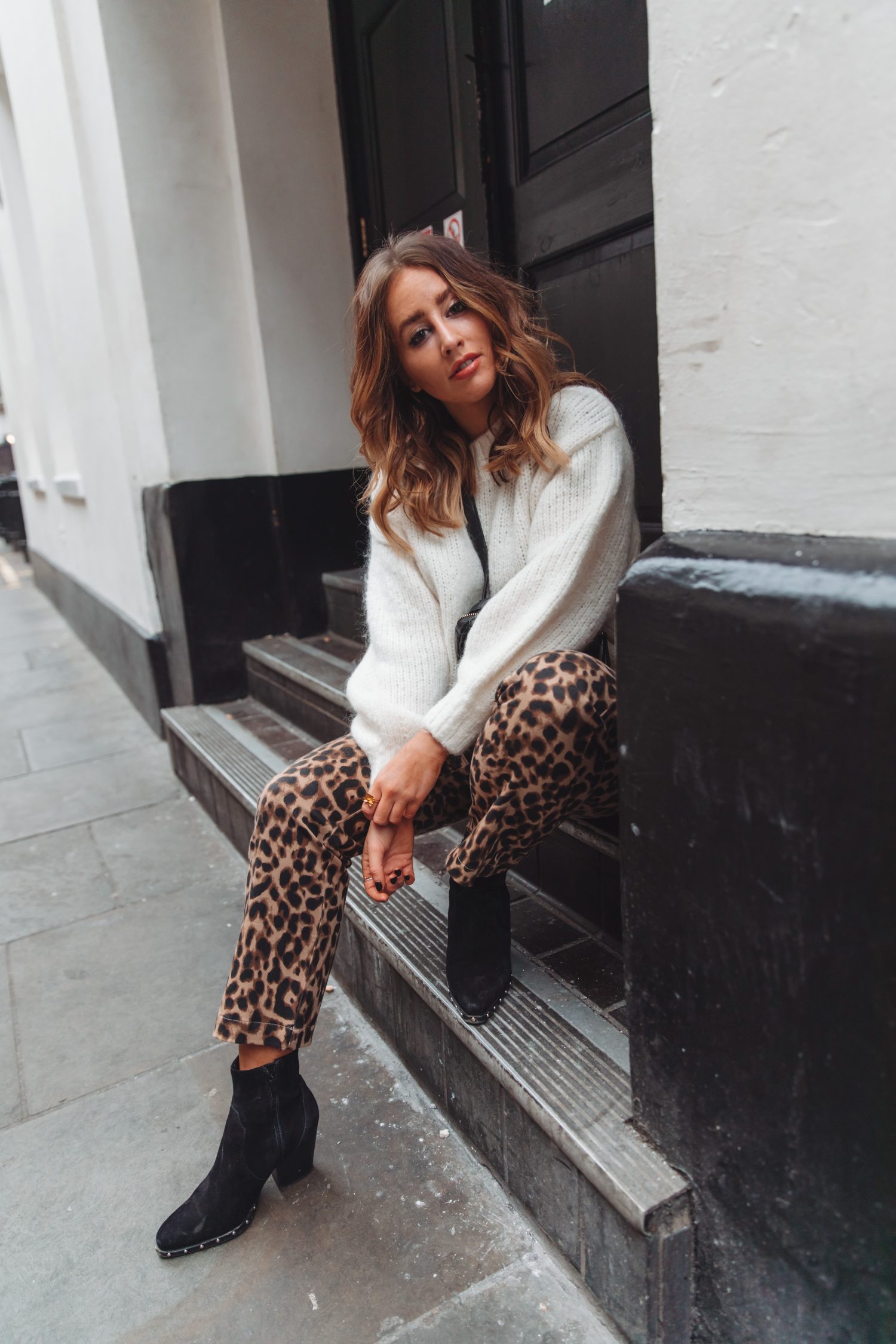 It’s weekly catchup time! This week is all about a great debate I had waging in my IG stories which left people relatively torn: is it worse to be left on read, or left UNread?? I know which side I err on, so keep reading to find out what I think about it all from both sides. Trolls 2.0 – I thought the worst trolls thrived exclusively on YouTube as opposed to platforms like Instagram. I guess it’s easier to hate on someone there perhaps? But with the huge increase of girls I know throwing out these IGTV styling videos, I was super surprised to see troll comments breeding there too. Ew.

Is it worse to be left on read or left unread? 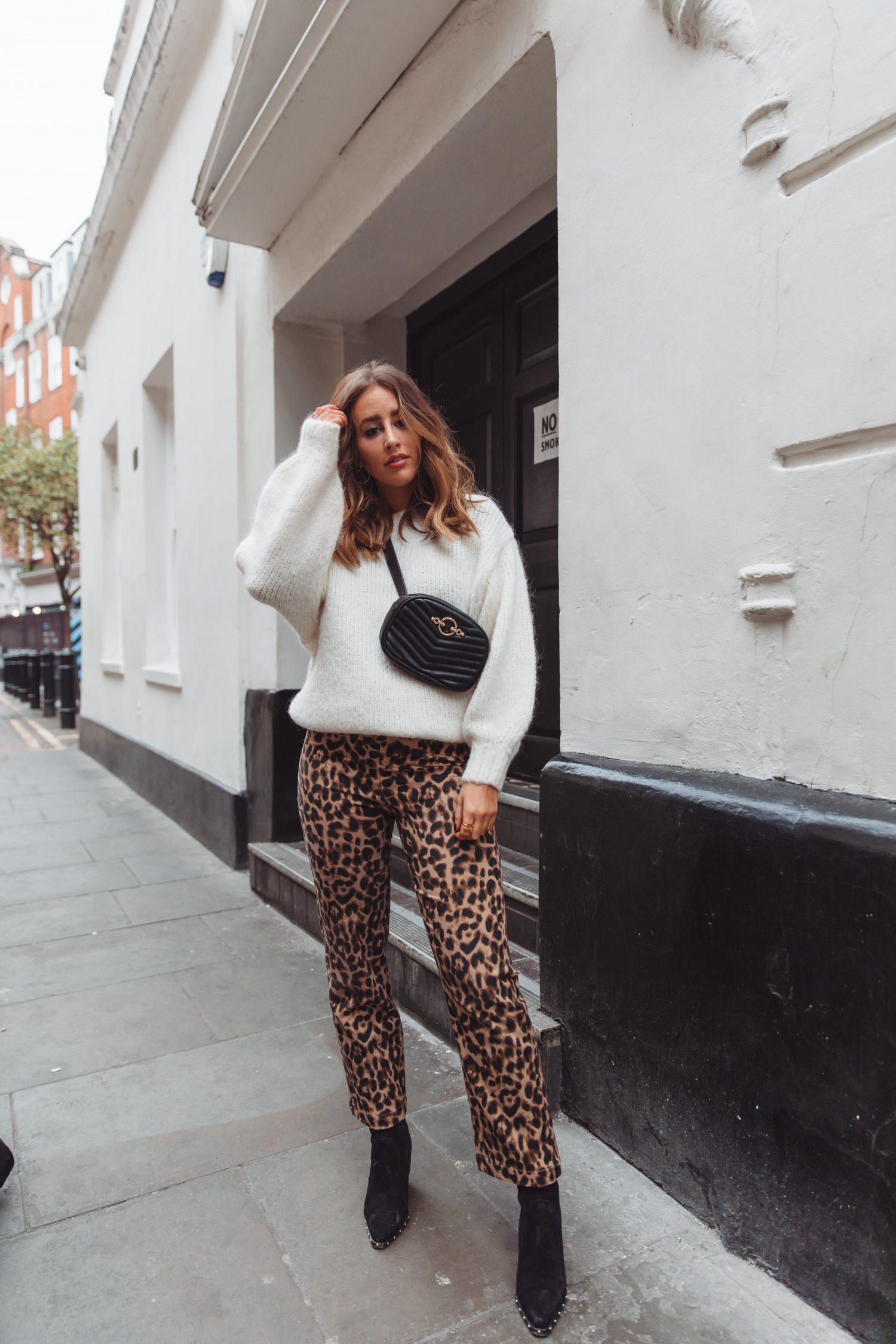 Dating in the digital age is tough for many reasons. One of them being the fact that most messaging apps allows you to see when the person you’ve messaged has read it, thus leading to a war raging in our minds of “are they ignoring me?” or “are they just busy?” – depending on how insecure you are. Just to define terms quickly, to be left “on read” means that someone has read the message, you get the blue double tick to prove it, and they just haven’t replied. To be left unread is when someone just doesn’t even bother to open your message at all. Grey tick galore. Sure, they can see the message in their notifications and probably read it there, but they just don’t open it. So what IS worse? I took to IG polls to quiz everyone on it because that always seems like the best method to get a data sample (although my audience is 81% female so these results are perhaps totally not representative…) and 58% said it’s worse to be left on read, and 42% said it’s worse to be left unread.

For clarity, let’s discuss this through a dating/ relationship lens because if my friends leave me on read/ unread, I have no qualms in quadruple texting them again and again until they see my message. I know they love me. I know our friendship will not be over by their lack of quick responses. I also know that I am that person that 95% of the time texts back immediately and not everyone is like me.

I totally see both perspectives. Opening your message and not replying, basically ever, makes it blatantly obvious they are simply not interested and dgaf. They just don’t want to reply. It’s become a pop-culture phenomenon and even Cardi B raps in I Do: “leave his texts on read, leave his balls on blue” – and Urban Dictionary describes it as the highest level of disrespect a person can receive. And people in my DM’s argued that if they don’t open your message and read it, they could just be looking for a conversation starter or simply be busy. So surely it’s worse to be left on read? That blue double tick of doom cutting through you like a knife?

It’s true being left on read is a bitch, but personally, I think it’s worse being left on unread for this very simple reason: if someone opens your message, at least they want to read it. For me, to say someone is just too “busy” to open and read your message or may be thinking of a conversation starter is just wishful thinking to make yourself feel better about the harsh truth that they just don’t care enough about what you’ve said to even read your message. And I say this from personal experience – I currently have 39 unopened messages in my Whatsapp inbox spanning the space of 18 months and just under half are from guys I’ve matched with on dating apps (and not met) and then just got bored/ disinterested and never opened their messages. Because I simply didn’t care enough to open them. I know I complained about disposable dating culture in my blog post the other week, and I’m fully aware that I am part of the problem. But like I said in my ghosting post, I’m working on it. Please forgive me.

Of course Whatsapp allows you to turn read receipts off, and take of your timestamp so it won’t show people when you were last online, and your friends and lovers can only see when you are online at that very moment. So you never really know if they’ve even opened your message or not. But you can still see them online, so you know they know your message is there. But you just never know if they’re choosing to ignore you because they want to, or because they don’t have time to reply, or maybe they forgot, or IDK?!?!?

Either way, whether you’re team on read or unread, the message is the same. It’s still shitty. You still feel like shit. And the truth is, they’re probably just not that into you. I’m busy. I’m a very busy person but I’m also on my phone a lot (and to be honest, so is everyone else) and I’m a firm believer that no matter how busy you are, you can always make time to send a message to say “sorry I’ve been busy today I’ll reply properly tomorrow!” – and looking at my past, I’ve only ever used the “Soz, busy” excuse for people that I’m just not that into. If someone is really interested, they’re going to want to keep YOU interested. Whether it’s read or unread, in my eyes, if it takes 24 hours or more for someone to get back to you, and it happens regularly, they’re not that into you. I know some people can be shit texters – I get that, but if you need more than that from someone then that’s cool. You just need to know your boundaries.

What do you think? I know most people disagree with me as I’m in the 42% here, but I’d still love to know your thoughts!

From now on communication via Carrier Pigeon only. 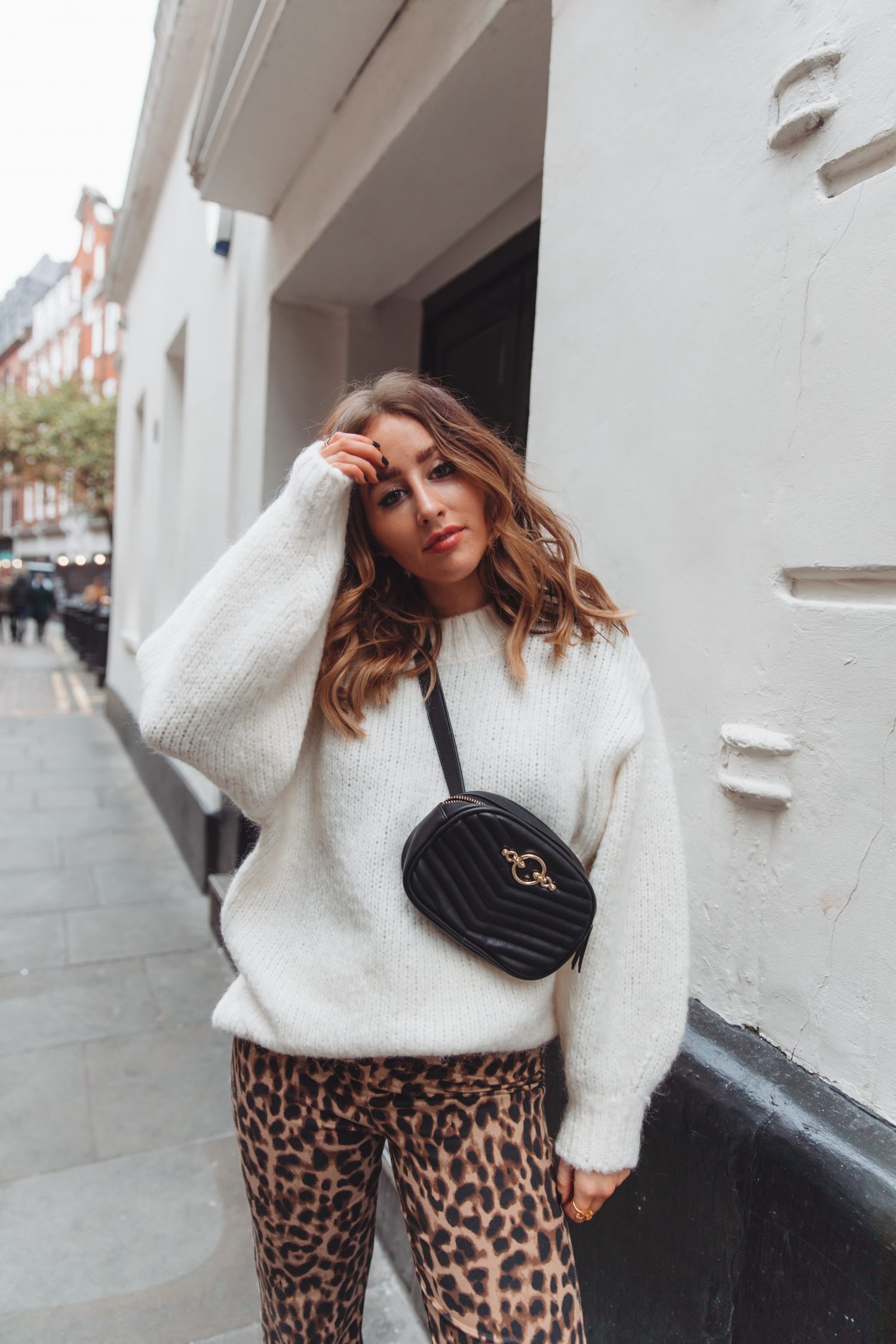 It’s a well known fact of life that the worst trolls online reside in the comments on YouTube videos. From the downright nasty (I remember being told that I’m “definitely not a size 8” because my legs were twice the size of someone’s friend who was a size 10 – lol) to the piss-taking negs (people who make pointlessly mean jokes) and to the weird backward compliments that are actually just unnecessary comments (e.g. when people say, I really love you BUT *insert unnecessary commentary on something negative*) people just seem to have less of a filter on this platform compared to any other. My theory is it’s easier to get annoyed or dislike someone in video format than it is in a photograph. It’s easier to hate on a video because you feel you see more of that person than a simple still image.

What I wasn’t expecting was to see a rise on troll comments on Instagram. With IGTV finally starting to take off more, I’m watching my friends online getting hit by these needlessly nasty or pathetic comments on their styling videos. But whereas nasty comments and dm’s come in at a lot smaller scale for most people than they would on YouTube, it seems that these videos have just enticed the trolls onto another platform. It’s weird and disheartening. I’ve been on the receiving end of comments before and I’ve got way better at brushing them off, laughing at them, and not taking it personally but it is still hard. We’re expected to “kill them with kindness” or not reply in order to not “feed” the trolls because “IT IS WHAT THEY WANT!!” But quite frankly, seeing people on IG kill their trolls with kind comments like “thanks so much lovely for your time commenting. I hope you have a wonderful day!” actually makes me cringe. I’d rather ignore a troll than respond with something so saccharine. I actually admire those who stand up for themselves and clap back way more than respond false kindness and positivity. Who cares if the troll wants a reaction? You have every right to react.

We’re told to develop a thick skin and to expect online abuse and negativity because we are “putting ourselves out there”. The comparison I’m about to give may seem like a little bit of a reach to some, but hear me out: it feels like this is the same victim-blaming response that women have received for years when it comes to things like sexual assault and cat-calling. For years, those who experienced it have been told and taught how to deal with it and avoid it. “Oh well you were wearing a short skirt so what do you expect?” “You were drunk, so you should have expected something like that may happen” – and when people use the excuse of “well I guess you’re putting yourself out there online so I guess you should just expect it?” – it just really echoes all of those excuses people have made in the past and once again puts all of the blame and onus on the victim, and the responsibility in their hands to “deal with it” rather than tackling the route of the problem: the trolls and the perpetrators of abuse. Who is in the wrong here? Why are the creators the ones who have to change themselves, when in reality, these comments really deeply affect people? It seems once more nobody is tackling the root of the problem here.

I understand that online abuse and trolling is something more of a modern phenomenon and would be way harder to prosecute than physical acts like sexual/ physical abuse. But attitudes do change over the year, and I just hope that the increase in online hate, abuse, and trolls, and the attitudes towards it all will change for the better too.

Anyway, that post got really deep. Here’s some fluffy pretty things that I’ve been loving this week. 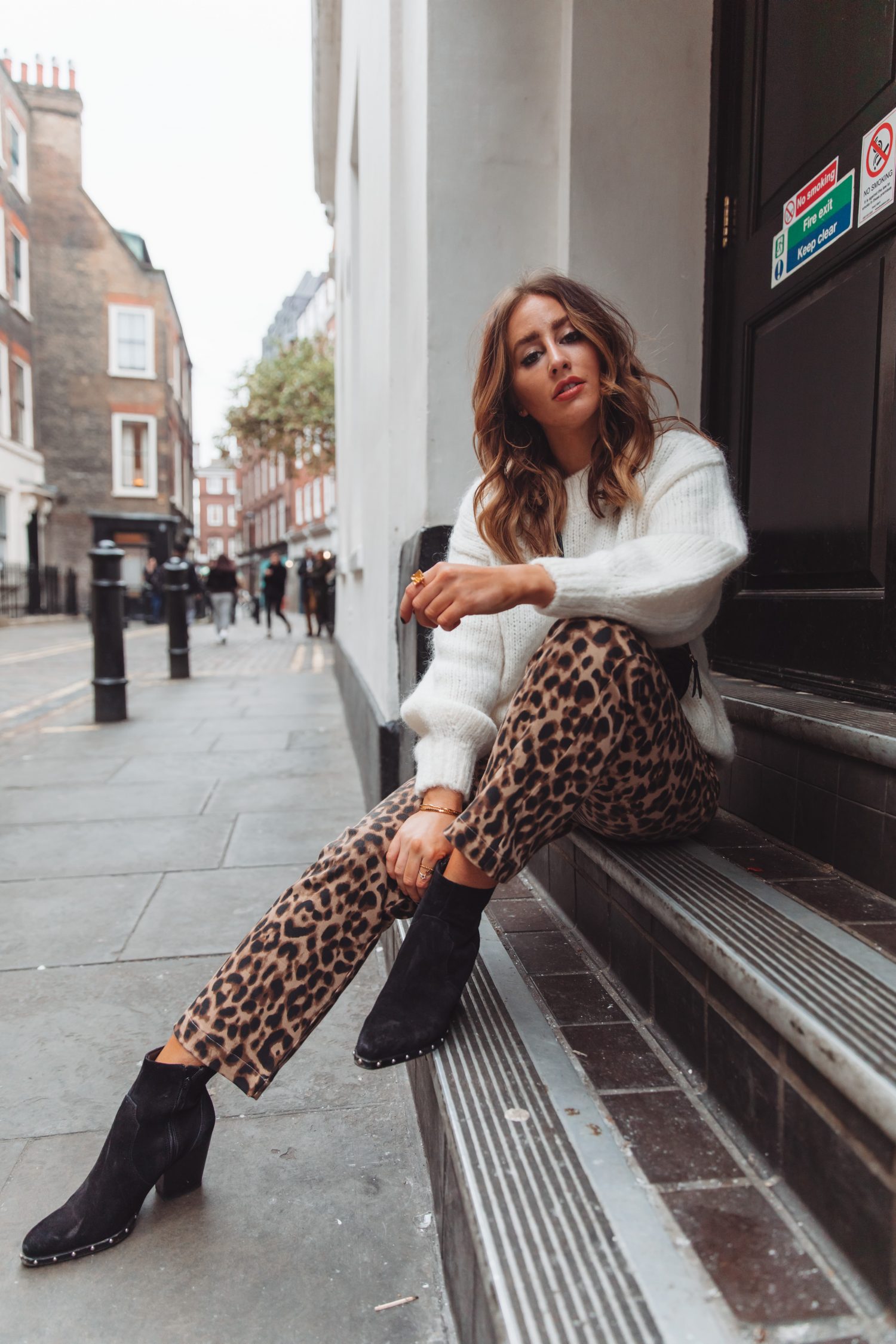 It’s Sunday which means one thing and one thing only: I’m back with another roundup of 3 little things that have happened or I’ve been…

It’s just a casual Sunday afternoon and I’m scrolling through Instagram. What does my explore feed look like? Well, there’s a flat lay with a…

Happy Sunday lovely people! I spent last weekend at my parents place in the midlands, and as much as I love seeing them, I find…