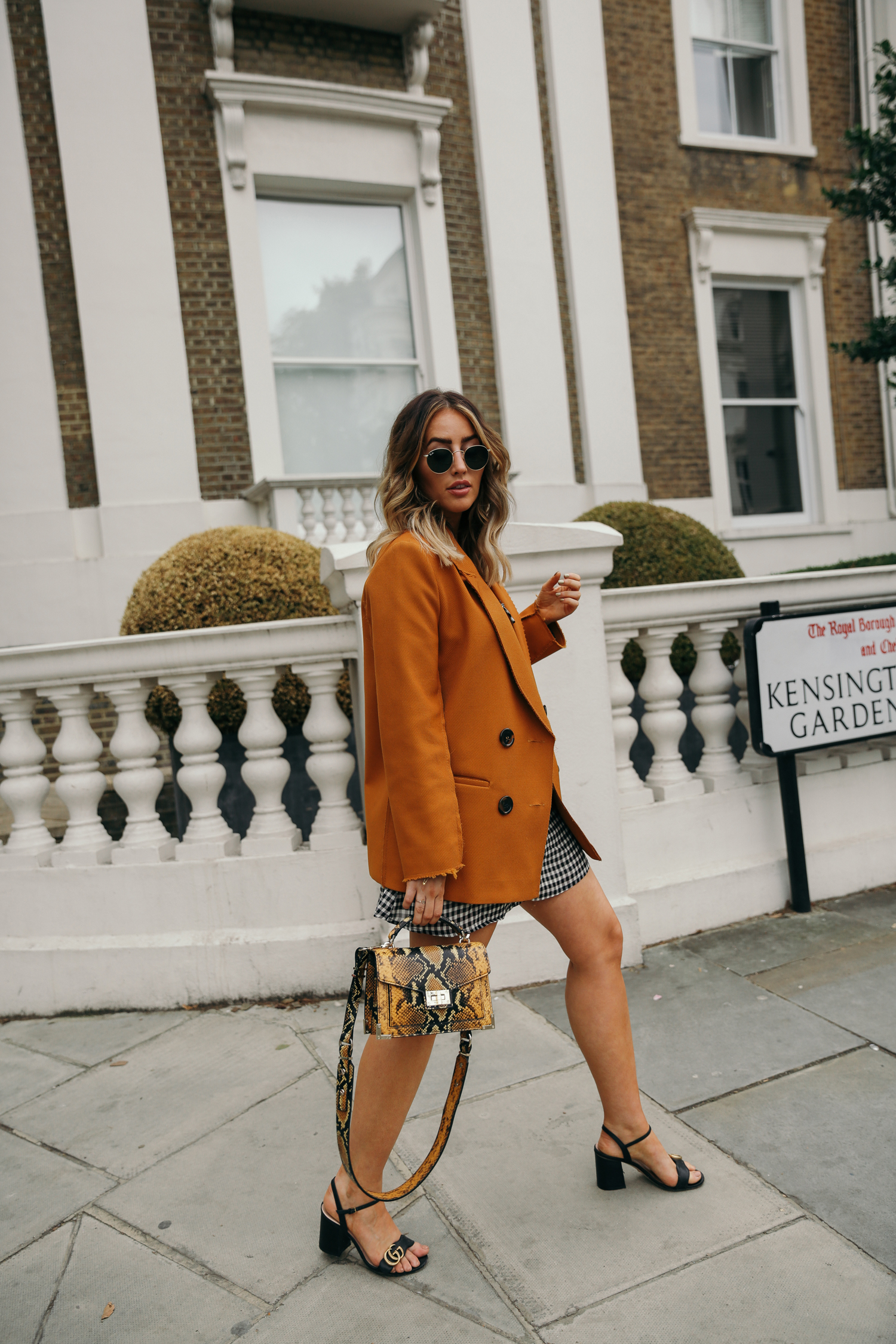 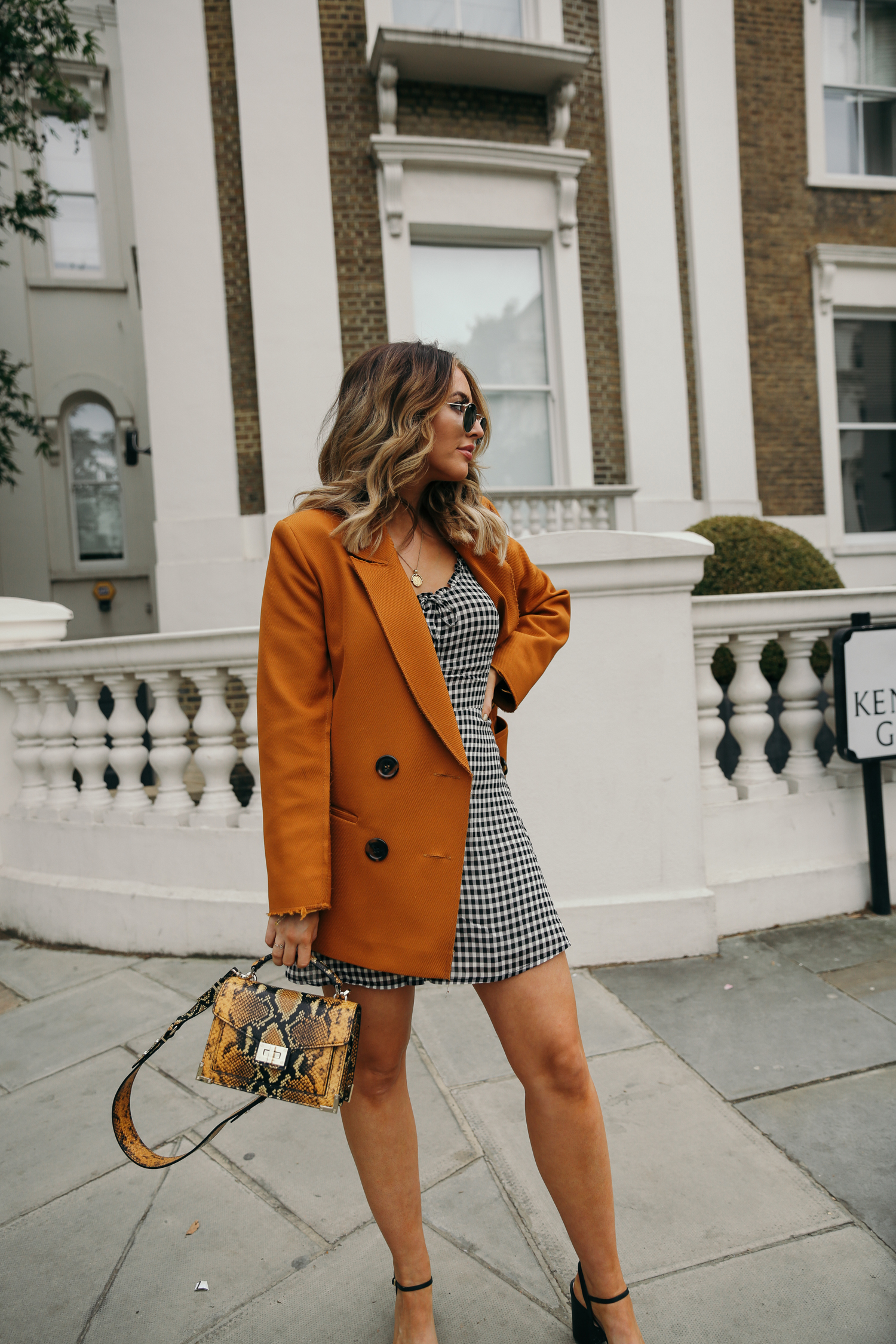 Sorry I haven’t done one of these weekly update posts in a while! I had plenty of things to write about, but no photos and a serious lack of time. But here we are, with a dispatch on wtf has been going on IRL this week. So for the w/c 10th September, I bring to you my musings on catcalling or as some men still like to call it: complimenting (lol srsly), standing up for yourself (especially as a business owner/ individual person lady thing) and why I’m so fucking glad summer is over and done with (words I’d never think I’d say). This post is actually a lot about strength and resilience. Learning your power and understanding it. Finding strength after all you’ve known for some time is weakness. And in some ways I hope you guys may be able to get some strength and hope from some of this.

It’s Not A Compliment 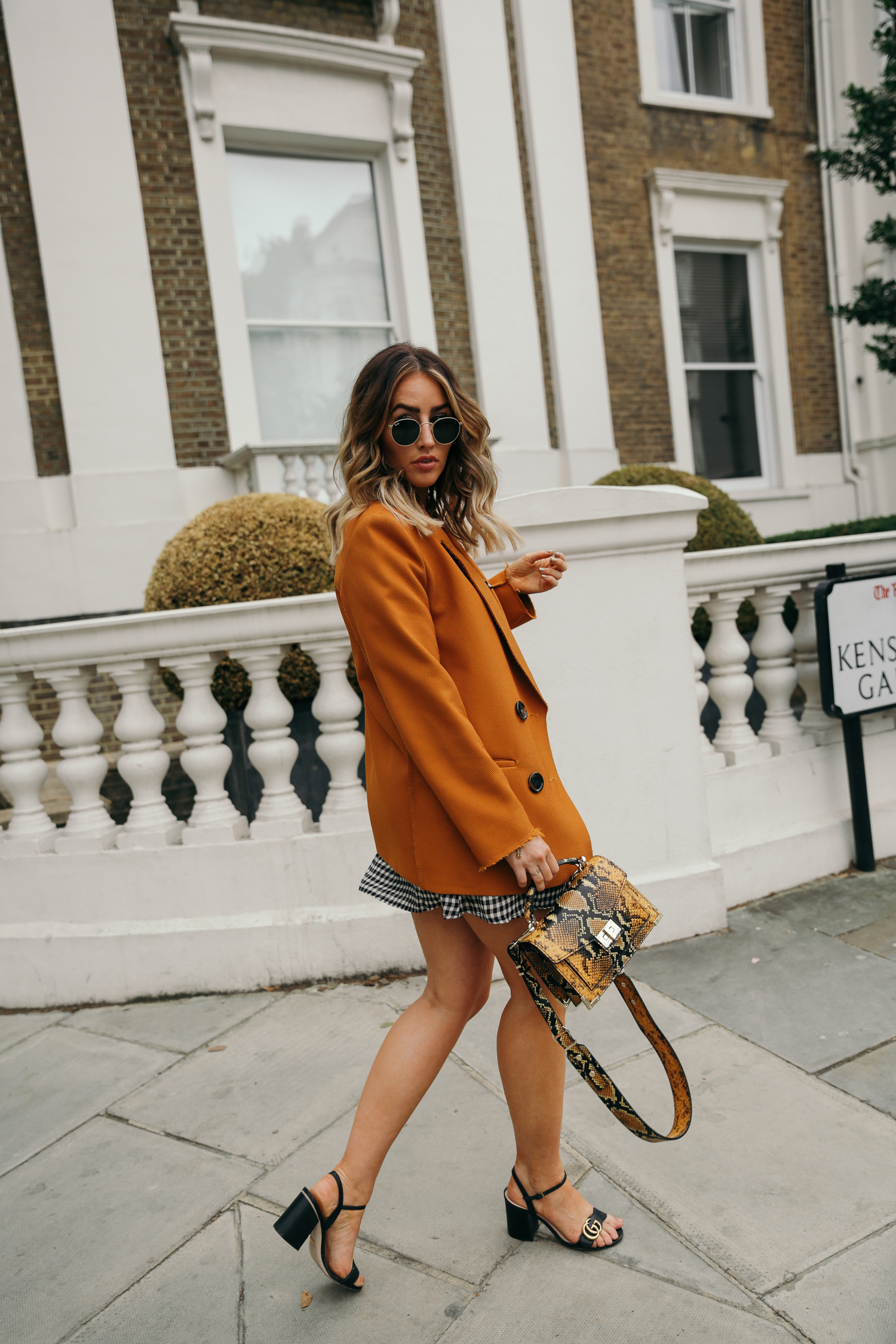 Earlier in the week I was walking down Sloane Street, a very beautiful street that connects Chelsea and Knightsbridge, lined with multimillion pound apartments and designer shops, and apparently, complete fucking perverts. I was post-kobox and heading to an appointment, and I heard them before I saw them: a chorus of “oi! oi! alriiiight!!!” and then, breaking into song “there she goes just walking down the street!” being bellowed down at me from the scaffolding taking part on one of the boujie buildings of Sloane Street. Surely you would think someone working in such area would have enough sensibility to shut their mouths? Nope. My reaction was “whatever, I’m filming this” so I got out my phone and recorded the thing and if you missed the instagram story that I posted, picture 5 floors with men craning their necks off each floor to look down and shout “compliments” about how I apparently look.

It’s something women are all too familiar with, and it’s something I talk very very openly about: because no matter what they say, having something yelled at you (ahem, catcalling) it’s not a fucking compliment. It’s embarrassing. It’s awkward. And it can actually be really damn intimidating. If you want to pay a compliment why yell it off the street? After posting it to my stories, many people replied saying “as if these idiots think this is the way to get a woman!” or “as if you were going to be interested if they act like that”! – but that’s the point – they’re not interested in you. They’re not interested in getting your number, or taking you out on a date, or COMPLIMENTING you (as so many people would say “just take it as a compliment” – erm how about you take my Gucci trainer up your arse as a compliment Susan?) they’re interested in LOLs, bantz with the ladz, and making you feel uncomfortable for fun. It’s a power trip. Challenge me on this and I will fight you. Stick up for them and say it’s a compliment and I will feel sorry for you – you clearly don’t have a strong self esteem if that’s what makes you feel good.

Not that I feel I should have to clarify what I was wearing as it is NEVER ANYTHING TO DO WITH WHAT YOU WEAR – I feel that this time round it actually proves my point. I was in gym leggings, a baggy jumper, and a cap worn low enough that anyone slightly higher than my 5’3 height would definitely not be able to see my face. So if a man several feet up in the air was to yell at me “OH YOU’RE GORGEOUS AINT YA! OIOI!” – It most certainly would never be a compliment because he can’t even see my fucking face!!!! He’s just shouting because he sees a lone woman and it’ll make his sad day a little more interesting and of course, he’s sitting on a tower of scaffolding totally unreachable by us!

Anyway, my point is, and I know you guys know, it’s not a compliment, and it never will be. If you have any suggestions how we can somehow implement any form of change bloody well hmu because  I WANNA HEAR!

Standing Up For Yourself As A Woman And In Business 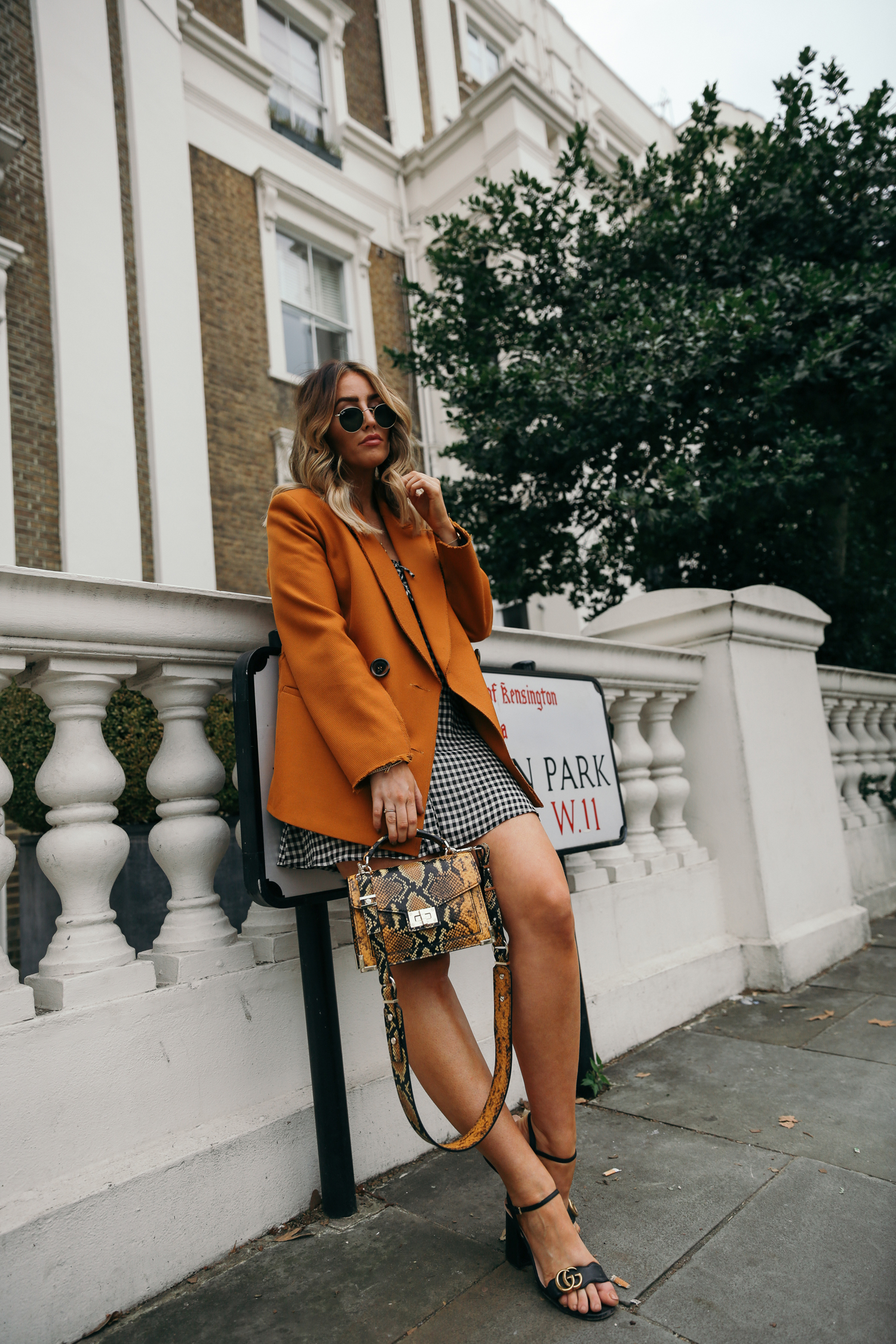 I really hate the term calling someone a pussy. It’s super American and kind of mean and also obviously the word is connected to a vagina and I dunno about you but I think vaginas are pretty cool?? Anyway, I’d say that sometimes, and jesus, I hate saying this for so many reasons, I’ve definitely been a bit of a pussy in the past. NEVER WILL I EVER SAY THOSE WORDS AGAIN.

I have never been a confrontational person. I’ve grown up being a people-pleaser that always puts others happiness and comfort before my own because I just want people to like me. What is that a recipe for? Being a total pushover. But a fact in life is sometimes you will piss people off, and like I’ve said before, you can’t please everyone. So why worry about it when you can just deal with it and get over it?

It’s an issue that arises a lot with my job. Being an influencer, your job is literally yourself. Your person. And when your personal brand is this friendly, nice (hopefully), approachable kind of girl (I mean, this is what I hope I’m seen as?!) it can often be hard to put your foot down and come down hard when people try and take advantage. I worry about coming across like a diva for getting frustrated at brands delivering me a brief and a 3 day deadline for shooting and posting, when the reality is that’s not an acceptable way for a brand to treat you. I’m used to being flexible, and I don’t want to disappoint people so I would rarely push back. But it’s started to happen so frequently that I’m losing my mind about constantly moving plans to accommodate the demands of brands. Influencer jobs are usually called collaborations, but they can sometimes begin to feel more like dictatorships. Ok perhaps that’s a little dramatic! But when you get dropped with an email demanding you create a certain kind of image with 2 days notice, it can often be impossible. We have multiple jobs on the go, plans, and actual lives to live with personal issues happening. So I’ve learnt to push back more. I don’t care if it makes me seem difficult, I think it comes a lot down to respect and understanding. I love my job and one of the best parts is getting creative or having fun doing ad campaigns for brands, but it can be so difficult to create your best work in situations like that. Yes, it happens, and yes we take on work with short deadlines sometimes because often we can, but it is easy to be taken advantage of. Why should they treat you any different to any other form of contractor?

Say, Steve the plumber has a job coming up and they’ve suddenly turned around and said “ok Steve you need this done on Friday” but Steve is fully booked until Friday and can’t get the tools in, what does Steve do?! He pushes back and says you can’t throw a deadline when from nowhere but I can get it done by X date. I definitely think people can try take advantage of our good and friendly natures, especially when most of us work solo and have no management to fight our corners.

There’s way more to this – there’s this whole ingrained idea that women are brought up to be quiet, calm nurturers. We’re taught not to make demands or it’ll be seen as “bossy” – to instead be compliant, sweet, and passive. (Sorry can I see a link with how we’re often told to react when people catcall us? Hmmm…) That we can’t be in charge and ask for more without coming across as too strong, bolshy or bitchy. But fuck that. How much impact have these entrenched and invisible gender biases had on us over time?

Don’t be afraid of pushing back too: you can be firm AND friendly – it doesn’t make you difficult. 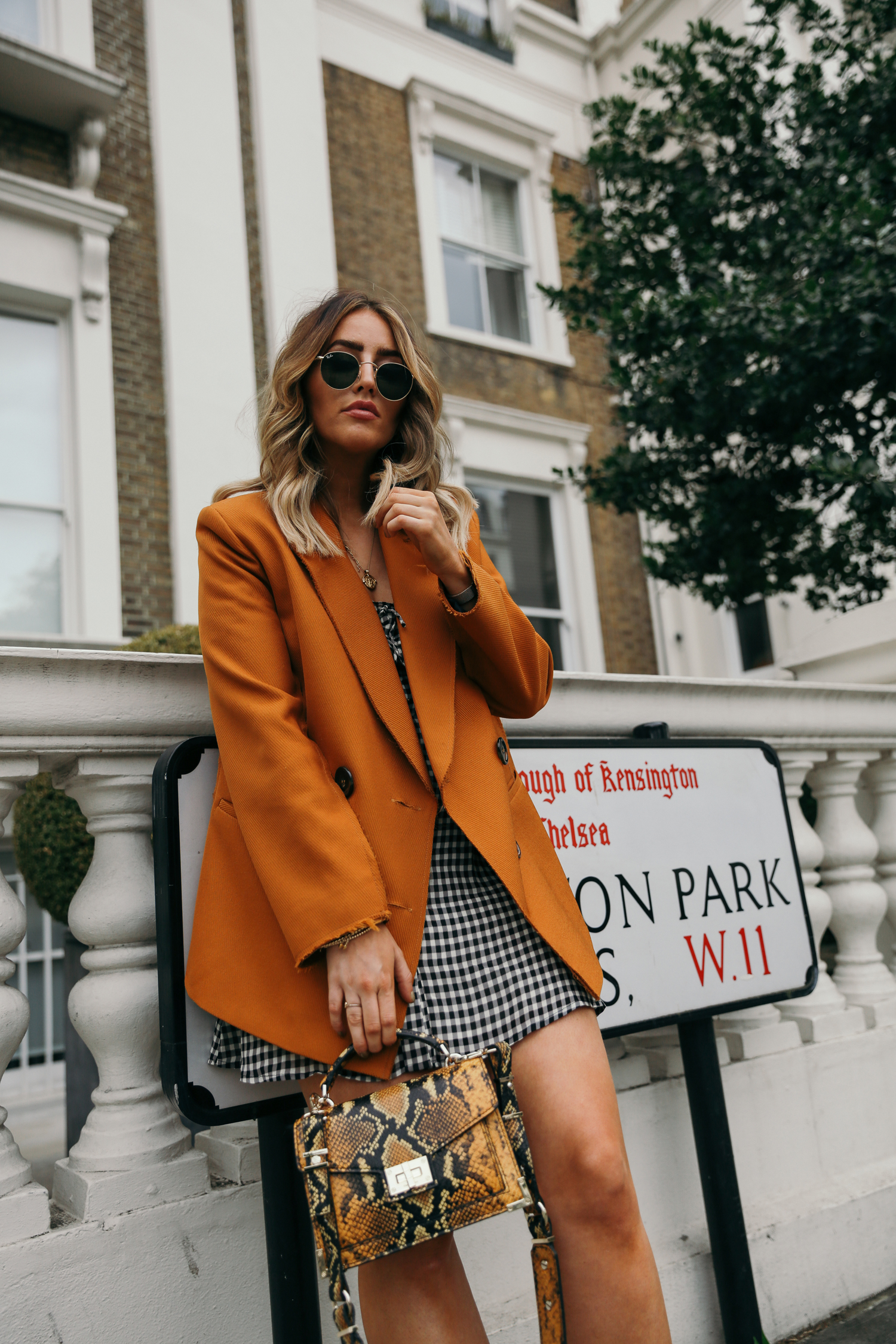 These are words I never thought I’d say because I love summer. Last year was the best one of my life, and I went into this one thinking “yes, this is THE year!” – well you know what? It really really wasn’t. My mental health was in absolute tatters. I went through weeks of what felt like depression – zero motivation to move, get up out of bed, do any work, make myself look presentable, talk in front of a camera, or write. I didn’t really want to live. I didn’t want to die either, I just wanted to sleep until I could wake up feeling normal again. Not even the promised endorphins of exercise could save me – I fought back unexplainable tears in Kobox classes and left feeling emotionally as well as physically drained. I had times where anxiety overwhelmed me where I couldn’t bear to refresh my emails or I’d put my phone on Do Not Disturb because I was just so worried about receiving any form of message. I almost had panic attacks whilst shooting content on the street because not even god knows why. I was a mess. I just didn’t feel like me. Couple that with the pressure that I put on myself to be perfect or the best at everything, and my summer failing to live up to the epic one I had last year left me feeling even worse.

But do you know what? September felt like a little bit of a salvation for me. It was my birthday – and as much as I hate birthdays (the pressure and panic to put on a good fun birthday for everyone else to enjoy usually strips the day of any joy for myself – lol) this year I just felt ready for it. It was the back to school vibe that you get at the start of September. No I hadn’t gone to WH Smiths to get myself some pretty new swirly stationary, but I felt like a fresh start was on the horizon. I’d spent summer in write-off mode, and had been working through my issues, and I actually felt ready to kickstart back into it. Campaigns were coming through fast and my favourite contracts were renewed and I begin to feel excited and in control. So even though I haven’t been posting as much on here, I’ve really been here. And I got back on YouTube too!

Saying goodbye to the summer usually feels like a loss for me – it’s a loss of carefree nights and wild stories, fun and excitement. I start the new season feeling sad and regretful. But this time it’s different. Yes, summer may have been a struggle, but I started September with more strength than I’ve felt in a long time. 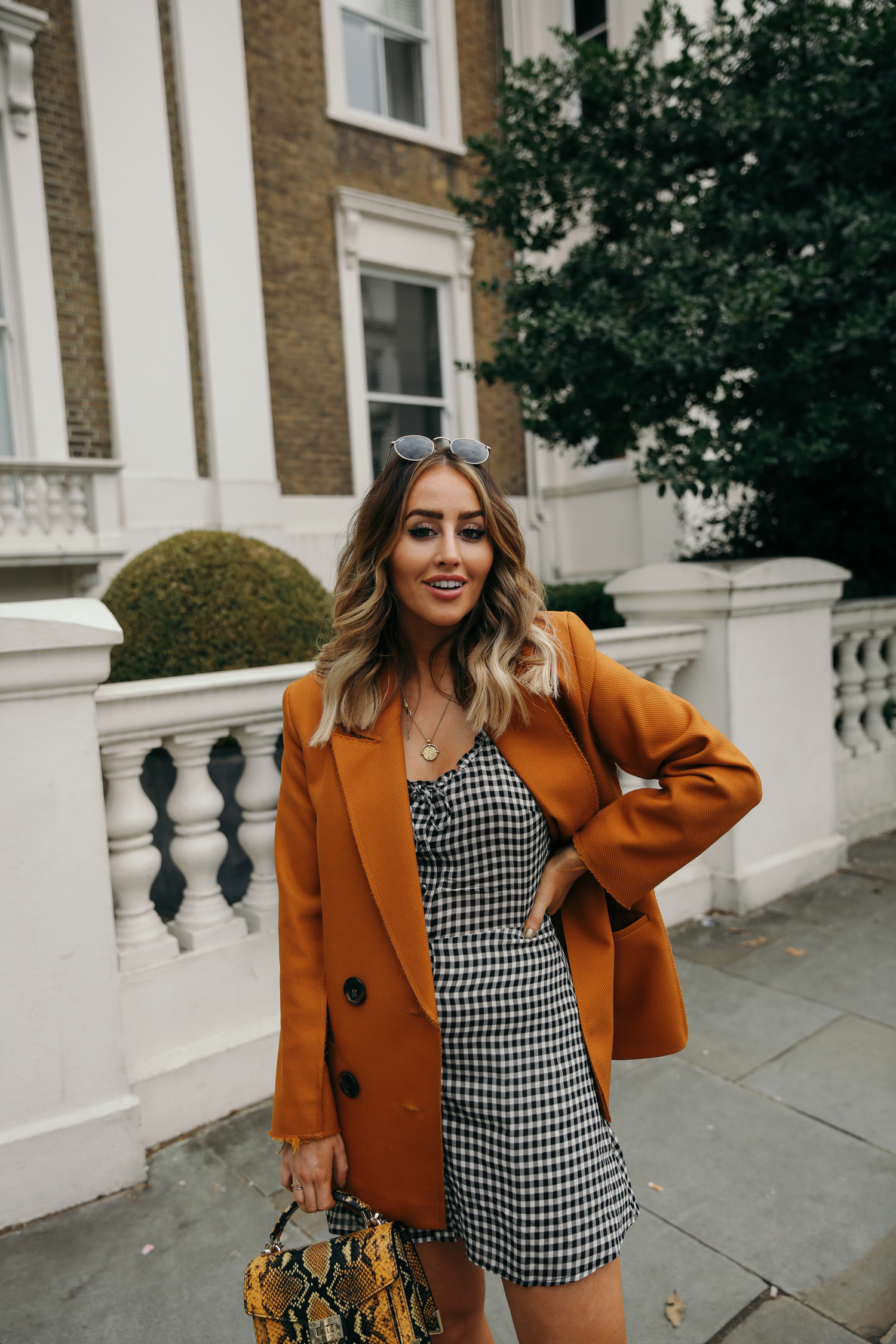 Previous Post: « Trash Tabloids, Lip Fillers (again) and Taking Control of My Anxiety
Next Post: Instagram vs Reality, and Believing in Yourself Even When Those Above You Don’t »