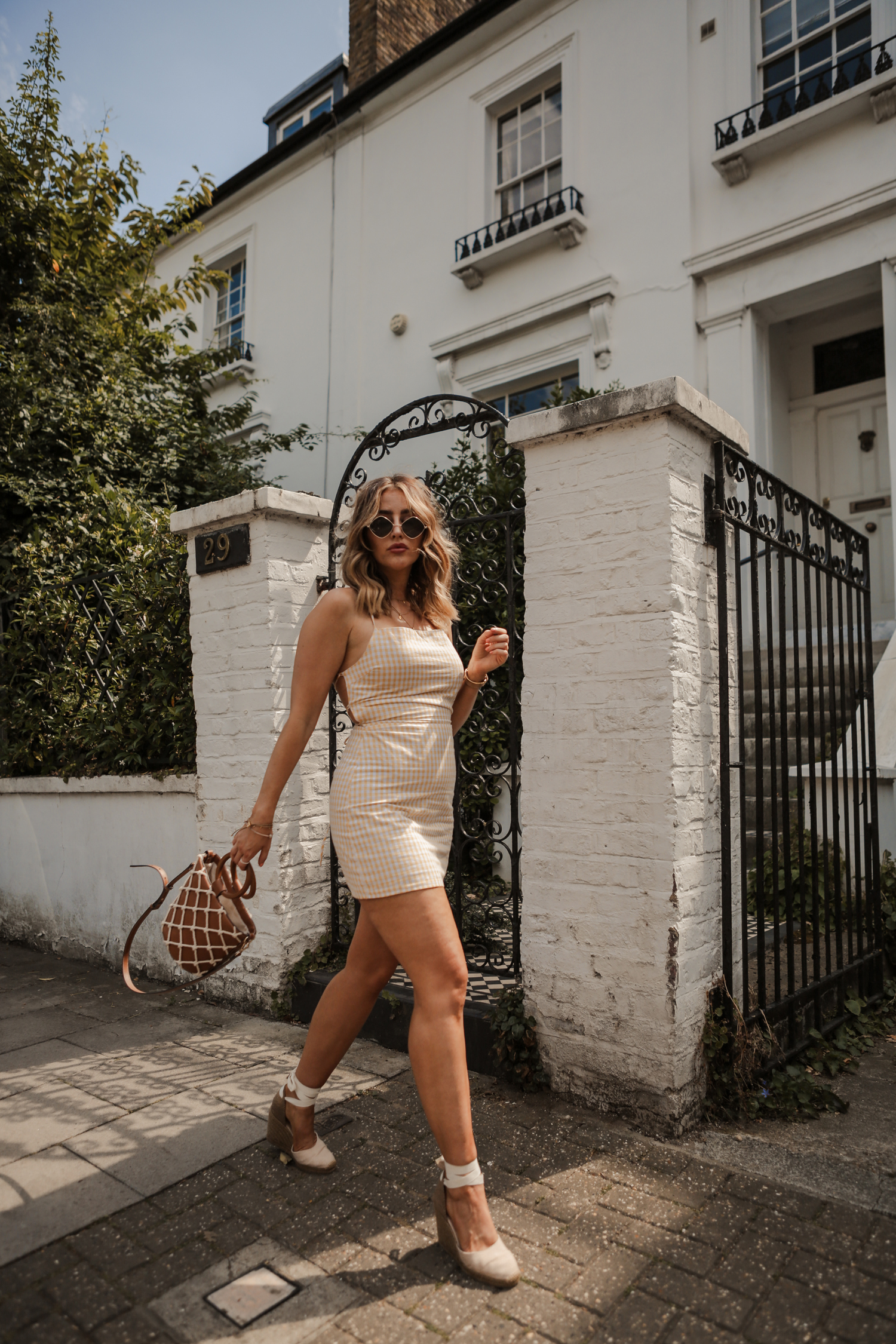 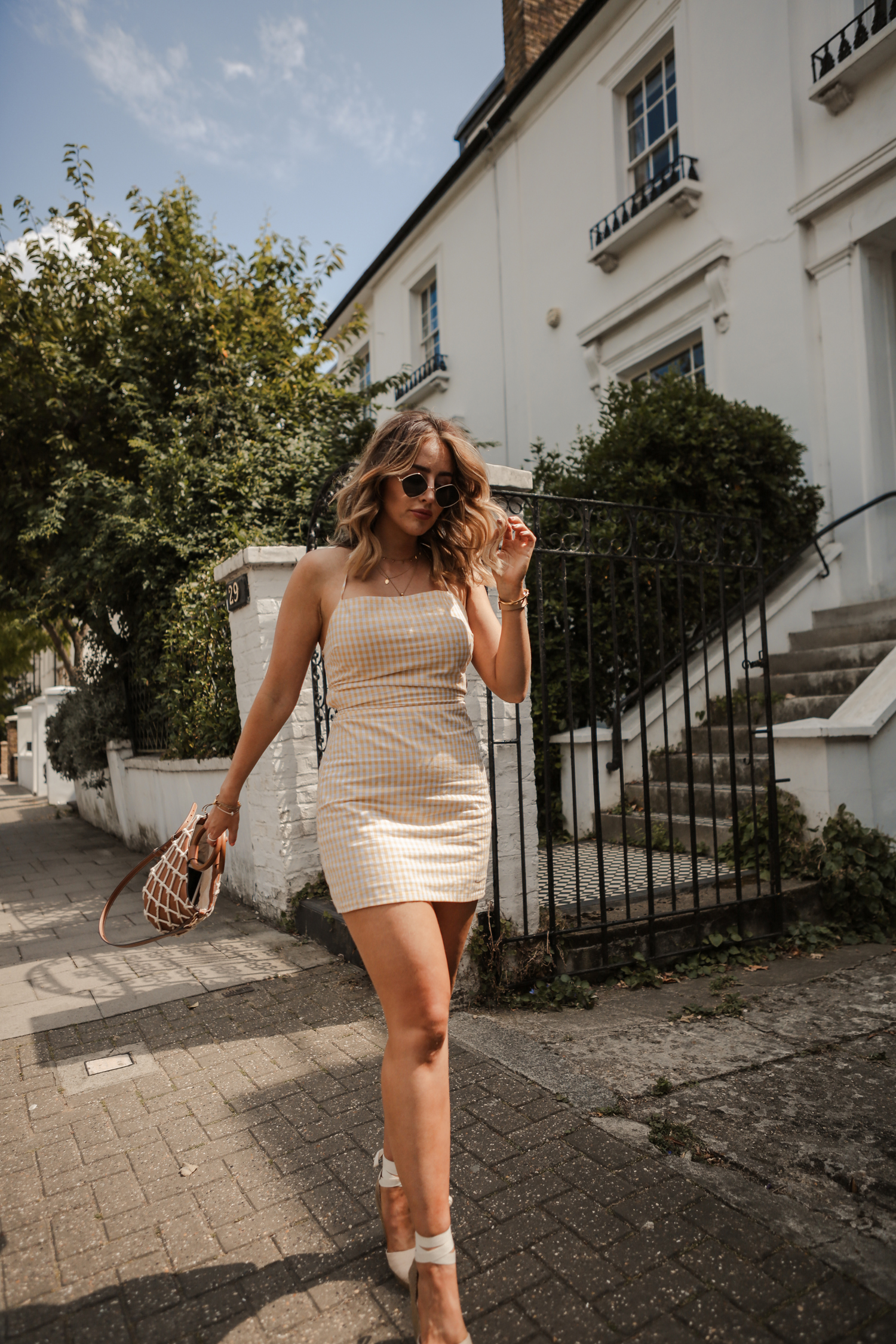 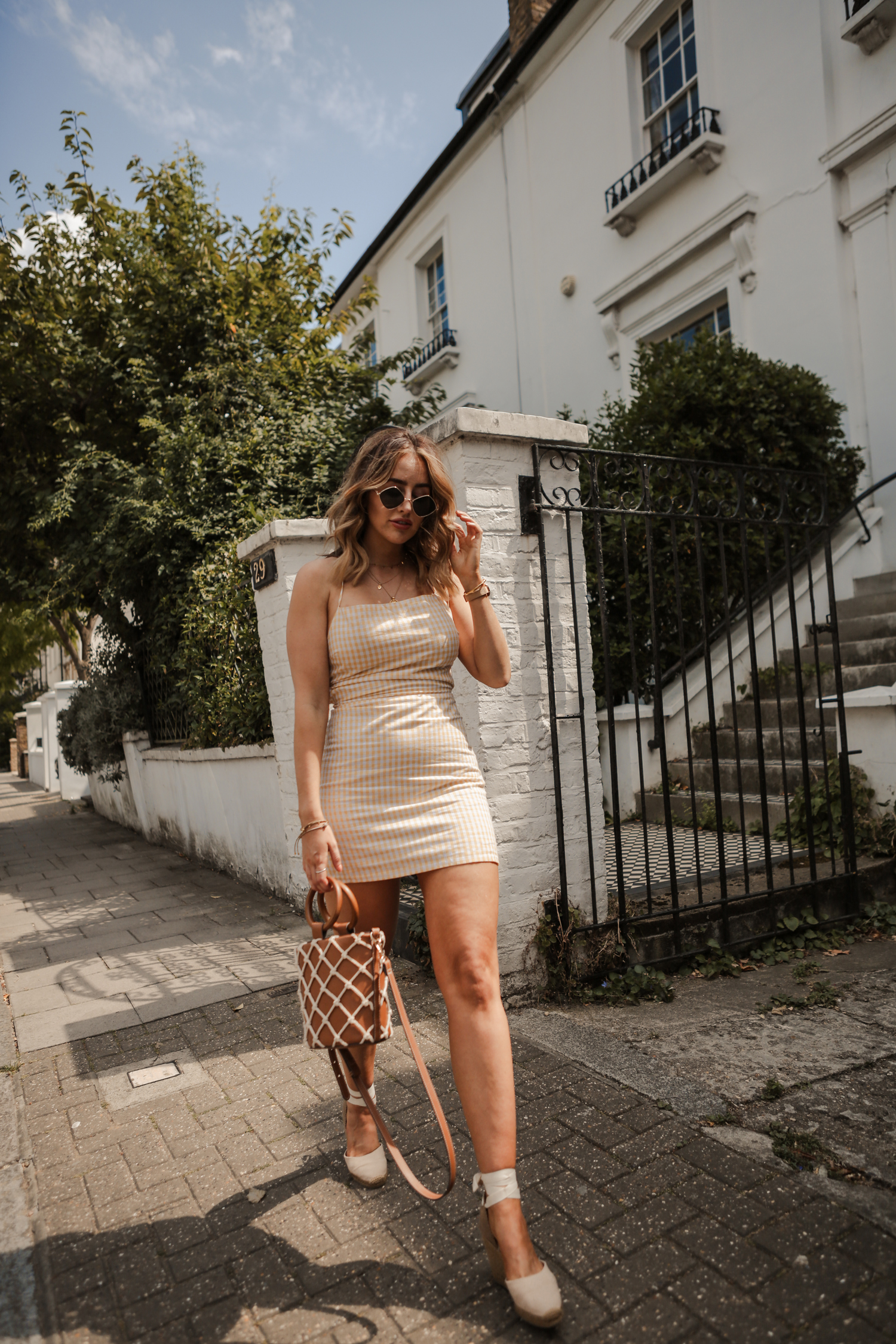 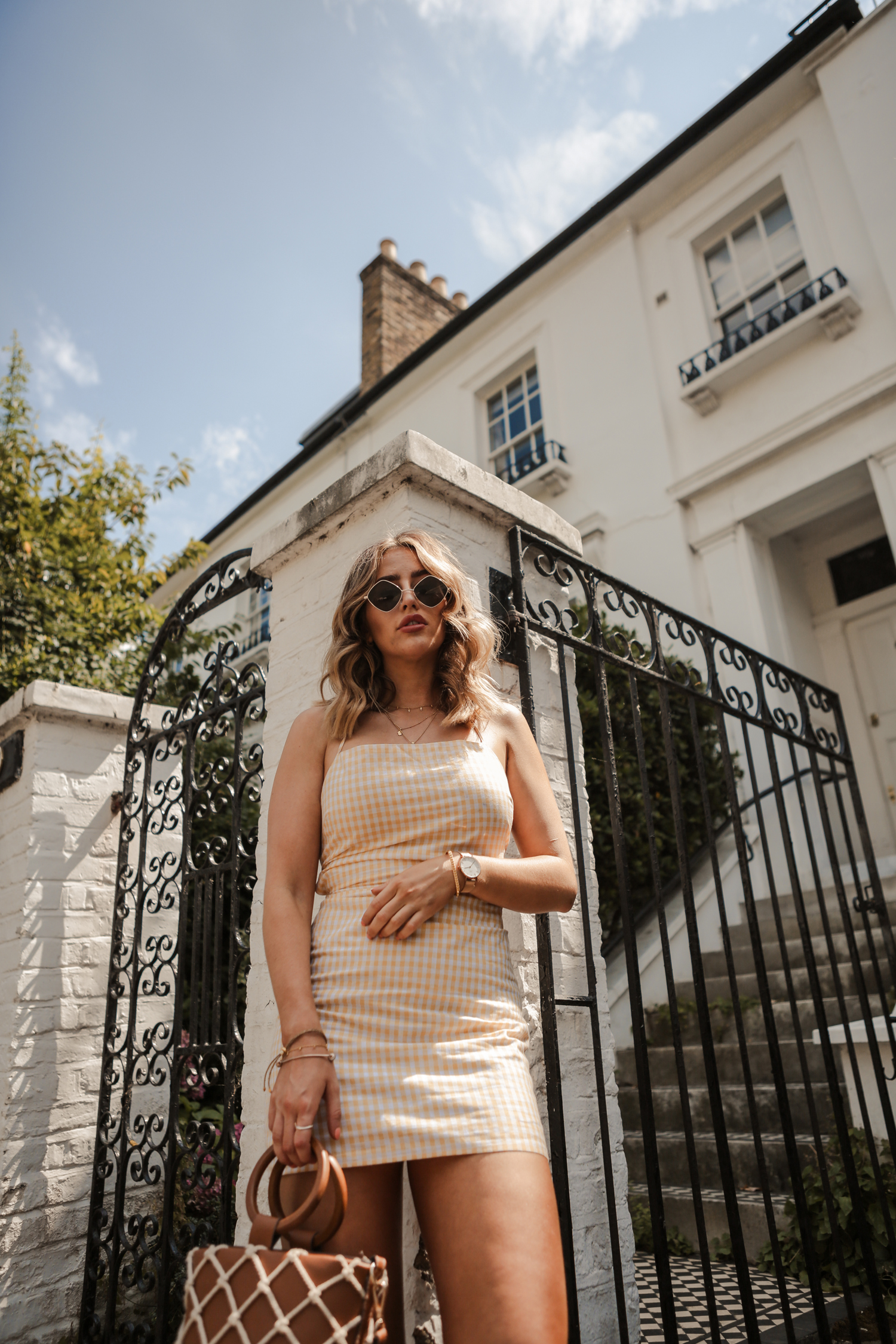 Today’s Sunday set up for this weekly round up: it’s 6:45am at the time of writing, I only got to sleep a few hours ago (that’ll be the effect of the espresso martinis) and I’m eating my reheated katsu curry bowl and gyoza’s that I ordered at 1:30am last night (as if it’s even a thing to order that at that time! What a time to be ALIVE!) And today is the day that mercury is FINALLY out of retrograde! I’m a Virgo, and my ruling planet is mercury, so I did some research that those signs whose ruling planet is mercury are likely to be affected by the retrograde more. I know astrology is a little ridiculous but it’s nice to believe in something sometimes. Sure, I may find it hard to believe that a long-haired man fed thousands with only a few fish and a couple of slices of Hovis, but planetary alignments affecting my personality and my destiny? Yeah I mean, sounds convincing enough! This week has been a little bit about regaining emotional control over my life, so the three little things from this week are: tabloids are trash, I got my lips back, and getting my life back on track.

Hey Mail Online – I’m talking about you. Everyone knows it’s a shitrag of a paper. Everyone knows that the website – especially the Showbiz and Femail section – are swarming with putrid ~jOuRNaLiSM~ which 9 times out of 10 objectifies women and/or shames them. So I was surprised to see that my photos were taken from Instagram and put on an article called “Snap and Send Back!” – an article about a study where experts found that people are increasingly buying clothes to take photos of on social media, then sending them back. To make it clear, they didn’t make accusations at bloggers – the study did in fact say that the highest culprits for doing this were people age 35-44 and more so men than women, and that it was to keep up with people like myself and the others featured in the images. But the use of my photos – taken without my permission – and published alongside that topic instantly creates an association with involving myself in that behaviour.

It pissed me off. I haven’t worked hard creating a level of authenticity and a personal brand based on being relatively honest to be framed in a shitty light. Also, the funny thing about it was the photos in question were of me wearing an outfit I’d worn 3 times that week, where I’d even mentioned that in the caption! And Alex from The Frugality was also pictured in the article – Alex being a blogger who champions re-wearing favourite pieces and doesn’t spend the hours and £££ peddling fast fashion to her audience. Perhaps their journalists should do their research better?

One strongly worded email to someone in the editorial team, and they removed my photos. Apparently as I put my photos on Instagram they have every right to use them, and, of course, they denied that any suggestion or association could be made between myself and “snapping and sending back” through use of the photos, but they removed them as a “gesture of goodwill.”

If you needed another reason to boycott the Daily Mail, I rest my case kids. 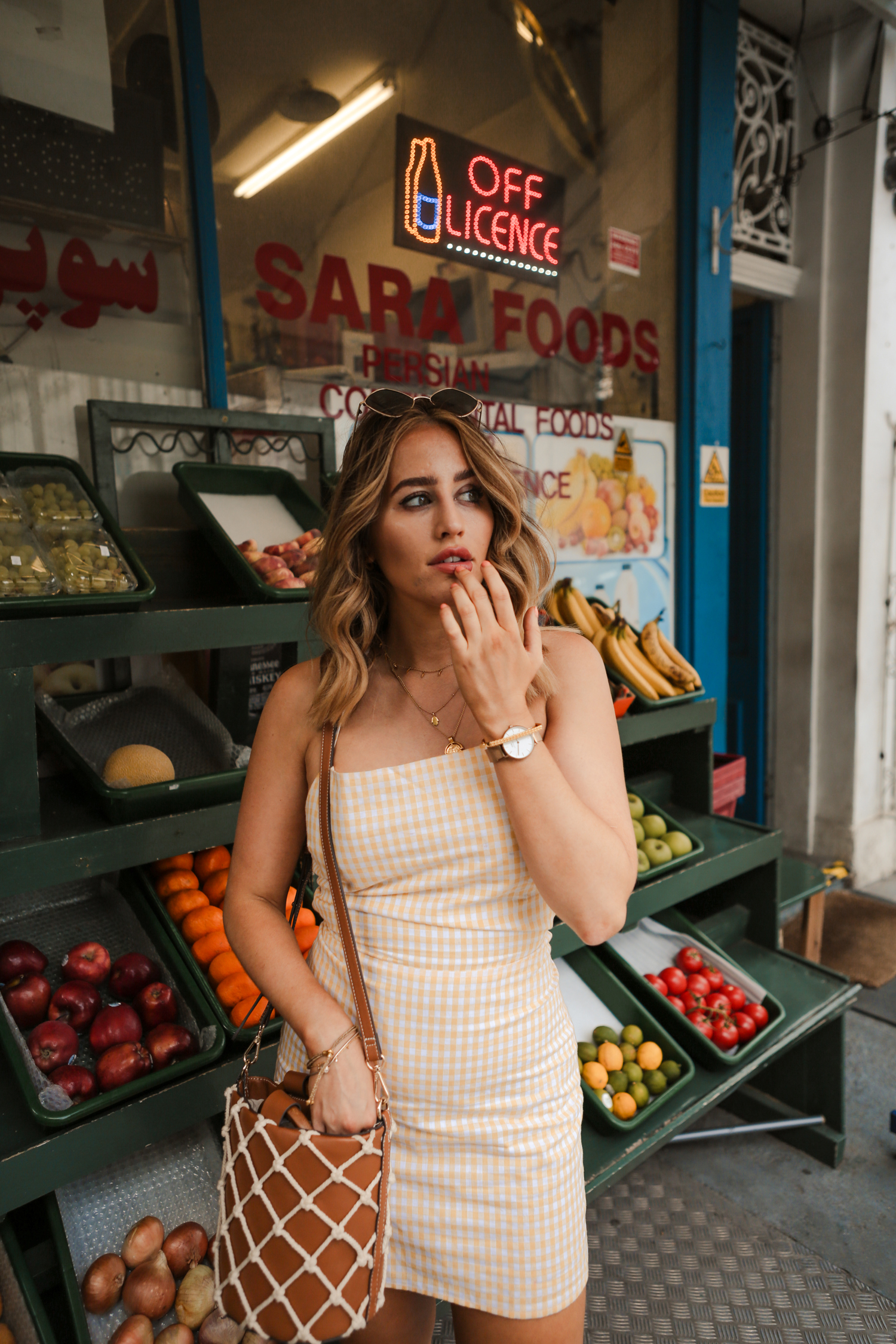 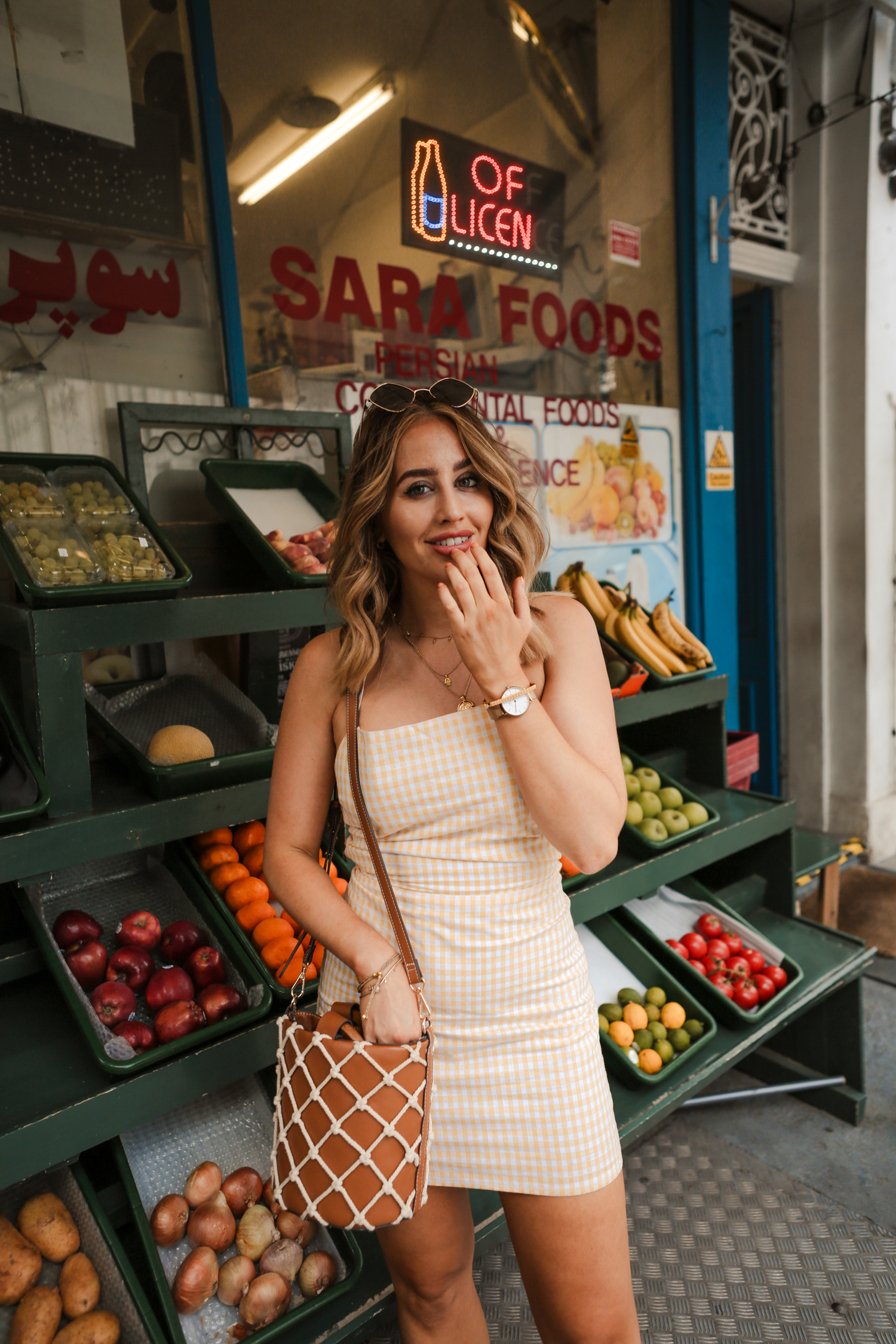 I got my lips back!

(NB: These photos were taken around 3 weeks ago before I got rid of them…)

Okay so honestly, the past two weeks without lip fillers were eye-opening. I’m still planning on writing a ~wordy~ insightful post on the whole thing and the emotional trauma that came with facing my god damn insecurities head on for 2 weeks so I don’t want to go overboard on the subject. But on Wednesday I went back to see Dr Esho (you may have heard of him – he’s like, the best in business!) to get a little more filler in my lip.

I realised how overboard I had gone with the filler – especially at looking back at photos. It may sound strange but it gets so difficult to really see yourself for you sometimes, and when you’re in such a looks-based industry it’s all too easy to lose yourself in trying to make improvements. The reality is you end up making things worse. So I went back, had 0.5ml to mostly shape and plump my very sad and deflated top lip and just enhance my own shape, rather than change anything, and a little bit in the bottom. I’m going back to get the final 0.5ml put in in 10 days or so, but I am honestly so much happier. Happier than I was before I got them dissolved and my lips looked ridic, and happier than I was after they were dissolved and I felt naked and vulnerable and invisible.

So once again I just want to stress if you’re considering any enhancements: think about it. And think some more. Are you the kind of person who obsesses over making changes? Because if so it could be a downward spiral for you that you may be better off staying away from.

And ultimately do what makes you happy! I was inundated with messages post-dissolving with people telling me not to go back and get any more but I was like noooope. It’s my life, my body, and my choice, and I’m going to do what makes me feel my absolute best – and you should too! (Whatever that may be) 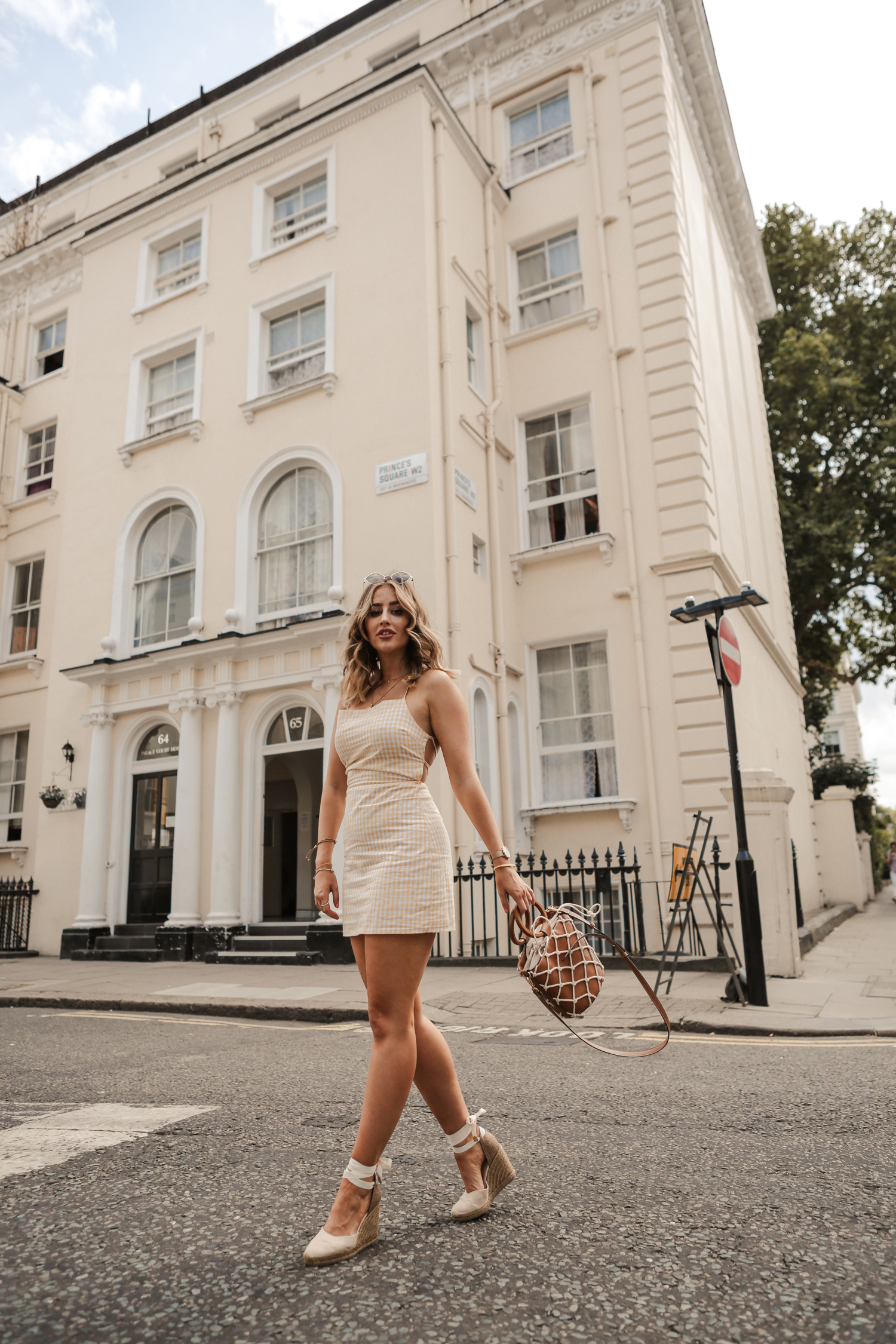 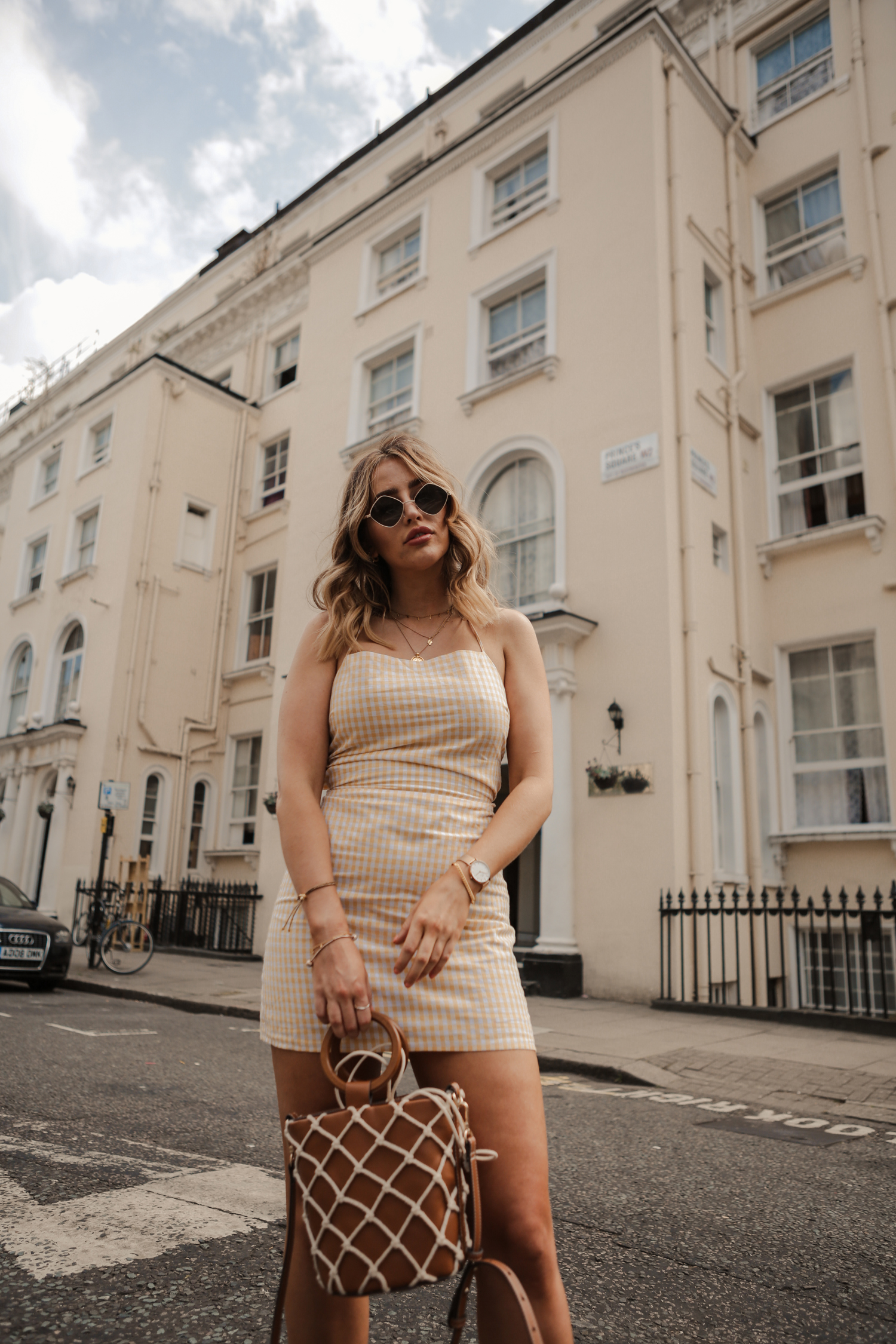 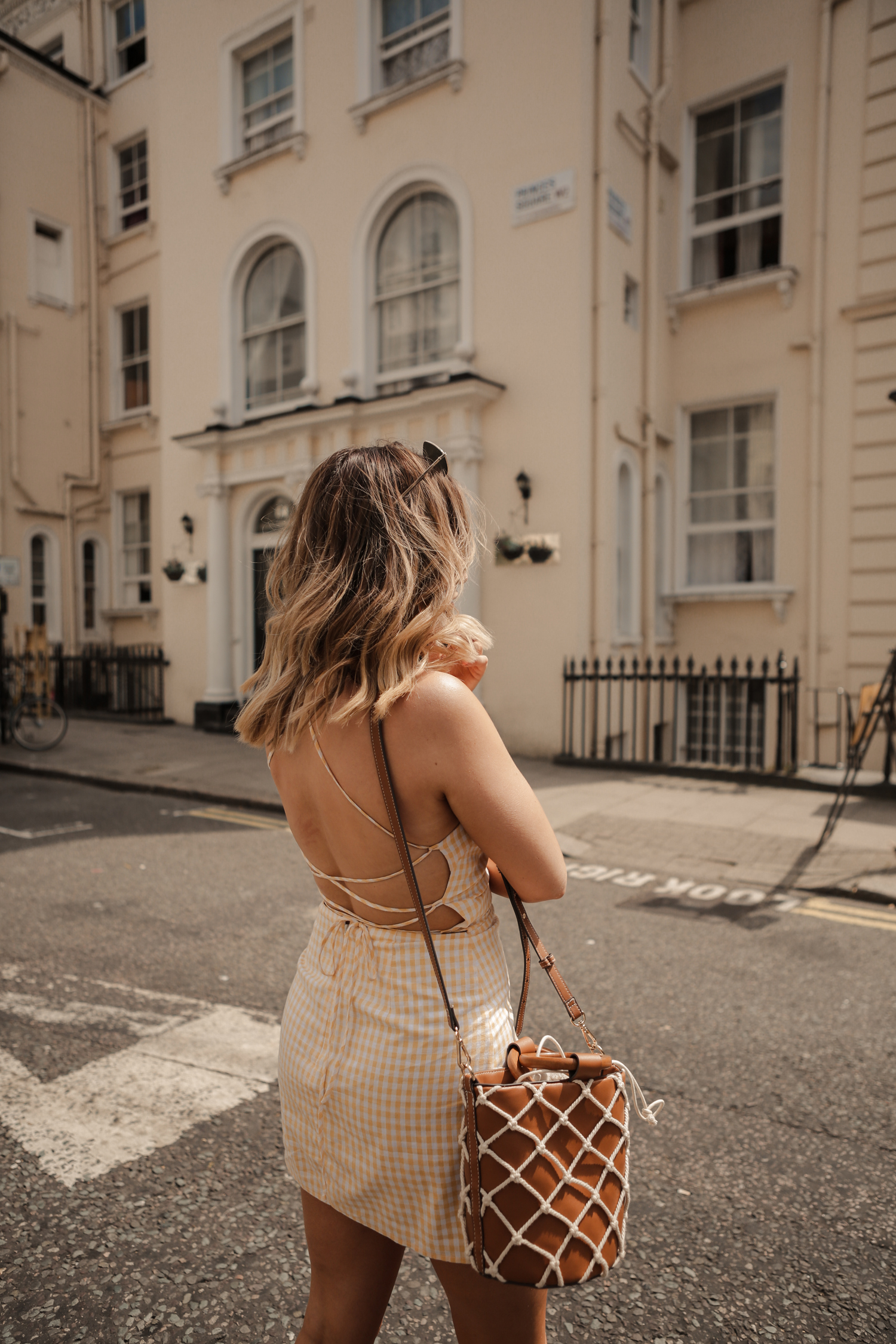 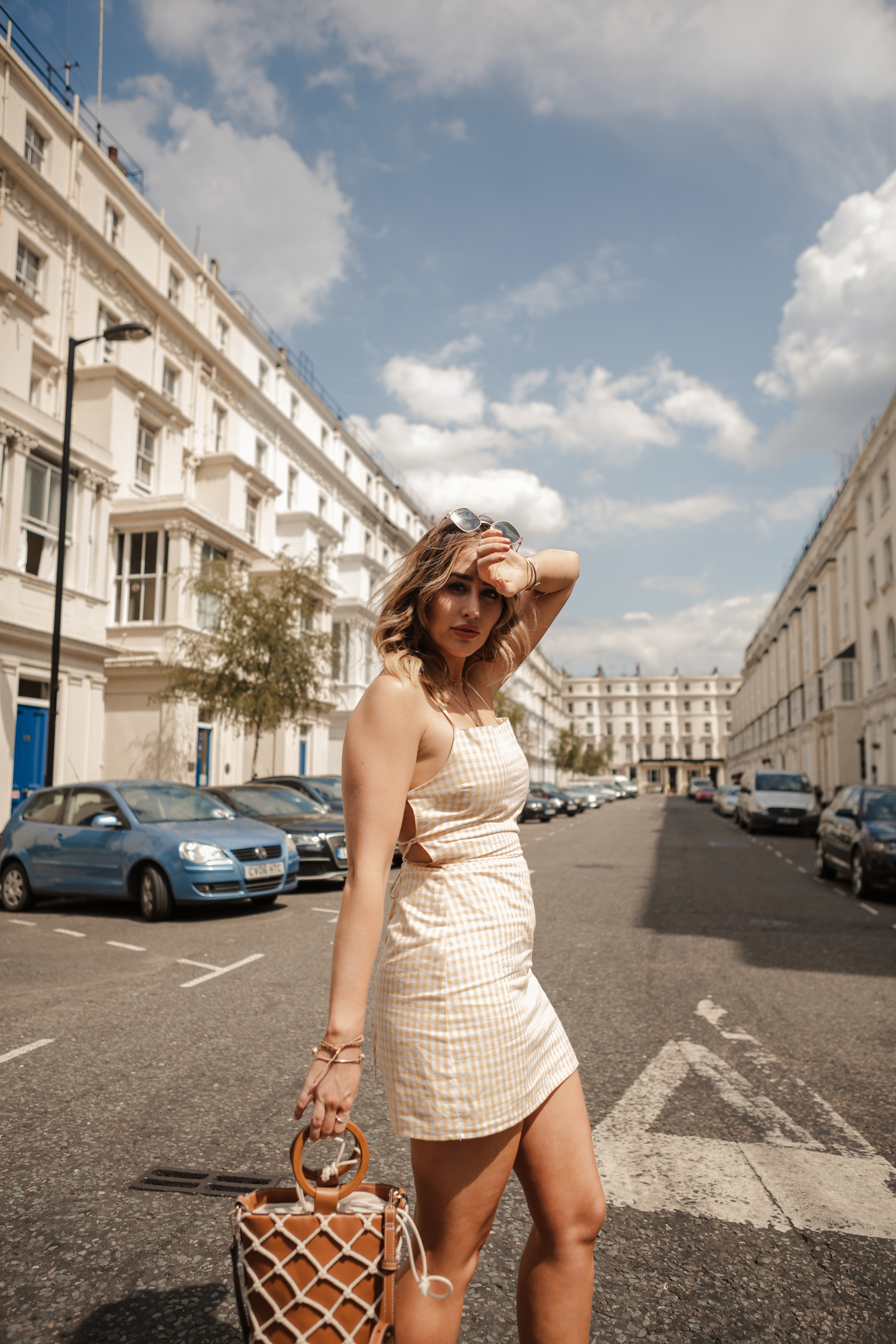 Trying To Cope With Anxiety and get my life back on track.

If you hadn’t guessed from last weeks post, I’ve felt in a mental and emotionally dark place lately. Not completely dark – I’m not in a room with no lights on. It’s been more like a room where the lights are super dim so it’s hard to see who else is in there. And maybe that I’ve lost my glasses so things are a little bit blurry or something. But this week I wanted to get things back on track – yet I didn’t have any idea how. Despite starting Monday with a total PMA, when I sat down for coffee with Gemma I was overwhelmed with a wave of panic, completely at random, like I keep getting recently, and I had to exhale really deeply all of a sudden to calm myself. Even Gemma was like “wait what just happened?” and I was like “I just had an overhwhelming feeling of anxiety and I just sort of needed to breathe it all out?!”

Perfectionism, my issue with never ever feeling like I’m doing good enough, imposter syndrome, my sad and pathetic desperate want for people to just like me: all of these things have been clashing in my head and making me retreat into a version of myself I don’t really recognise. Throw in my self-esteem and self-confidence being low without my lips, it’s been a total fucking disaster.

When yourself and your life essentially is your job, it becomes very difficult to not take criticism and comments personally. When you’re an influencer everyone is constantly judging you. Sure, everyone is always making judgements on everyone but when you’re putting your life out there to a larger audience, the capacity to be judged totally snowballs. For a while I switched off that part of me that was aware of judgement, and shared my life anyway, but recently I’ve been hyper-aware and hyper worried about the judgements people may make of me online.

I give away a lot of myself online – not everything, but a lot – and as much as I love the honesty, I do think it can be a bit damaging at times. Where do you draw the line between personal and personal brand? One of the biggest things people say when they reach out to me about what I do is how honest they think I am – so I can’t exactly stop being truthful about me and my life. But I’ve realised I have to create a sense of emotional detachment from what I do. It might not be about holding back less information about my life, just be some form of mental practice that I put in so when I do get criticism or a nasty comment, I just throw it away rather than obsessing over it and seeing it as a complete personal attack that derails my whole emotions.

It may sound silly, but coming to this realisation has been enough this week to help me feel like I’ve got a grasp on my own emotions. Slowly I’m beginning to feel a little more in control. It feels like I’m walking around a room where the lights are on brighter than before, and I’m starting to be able to see again.

Dress by Revolve, Bag by Mango, Shoes by Castaner.

YOU ARE NOT A POSITIVITY ROBOT! It’s January and my timeline is packed with more self-help advice than anti-oxidants in this detox tea I’m trying…

Hello 2018! A few days ago someone tweeted “quote this tweet with your top 3 personal accomplishments this year” – and of course I wanted…

Remember when the short, snappy Instagram caption was the thing? It was the “cool girl” equivalent of the social mediasphere. The shorter, wittier, and snappier the caption,…

So you woke up at 6am, went to your spin class, did a few weights, ate salad with a green smoothie, went out for…