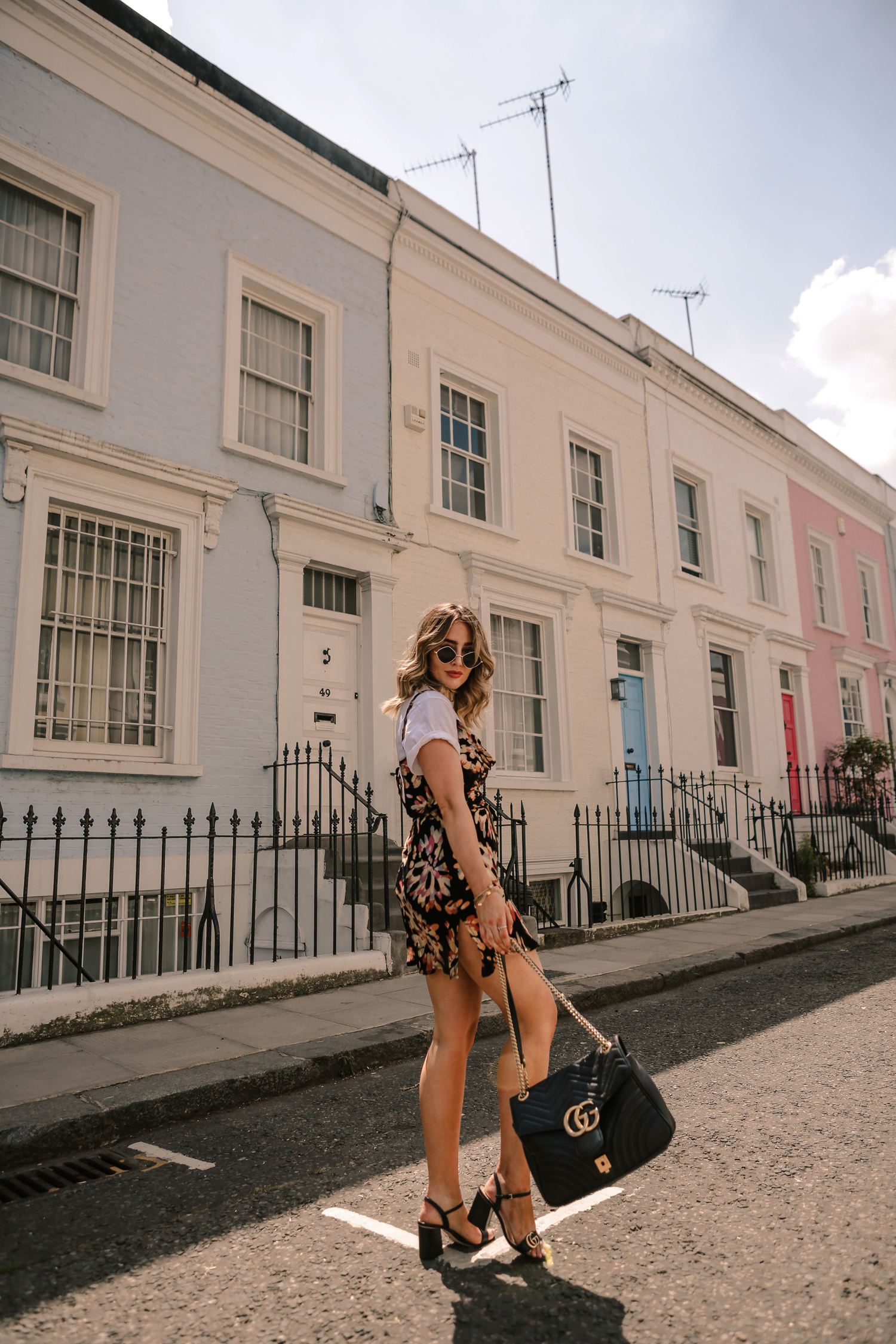 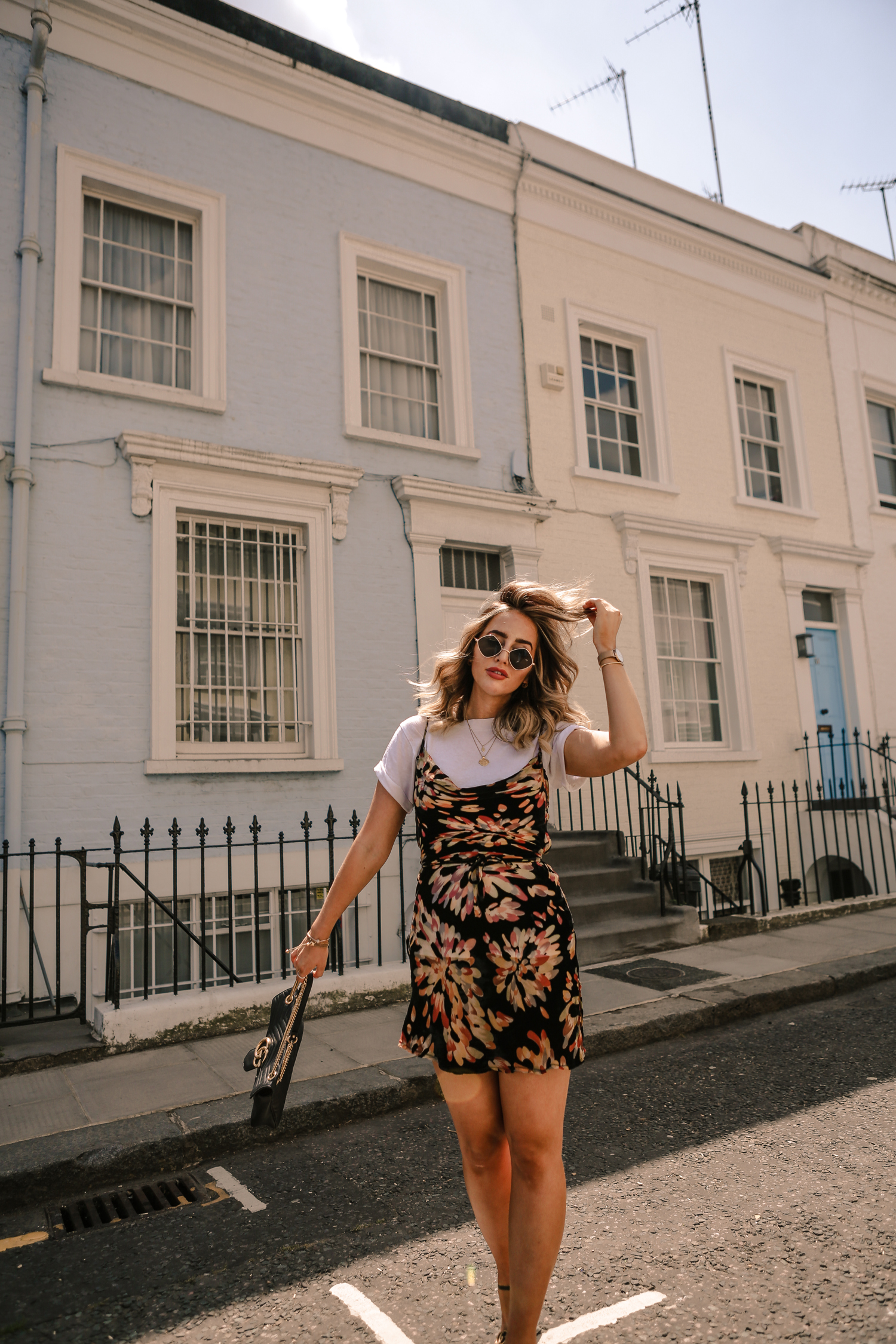 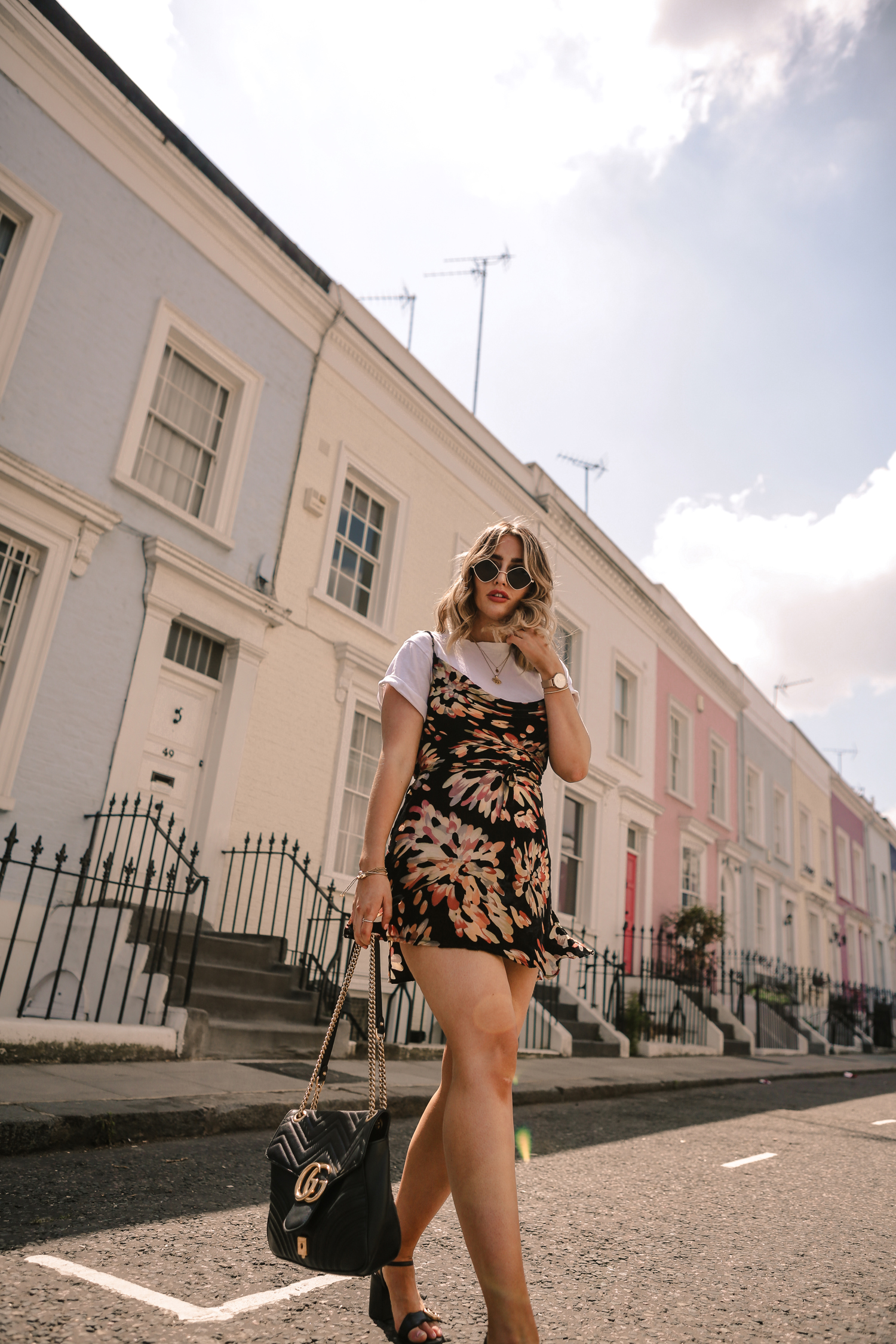 It’s Sunday which means one thing and one thing only: I’m back with another roundup of 3 little things that have happened or I’ve been musing over this week. AKA, my weekly column that I self-publish on my own blog because no big titled publication want me to be their sassy new weekly columnist. Right now, I’m still in bed. The window is wide open, rain pouring down outside, I’m snuggled in a big sweater and I’m starting to maybe understand those people who actually enjoy winter for the weather and not just for the fantastic fashion. Almost. Breakfast is currently en route to me in bed via Uber Eats (ok, it’s a McDonald’s breakfast – none of the nicer places start doing delivery for at least another hour and I am STARVING) – it is safe to say I am living my best life. But this week the three things that have me thinking are this: is shopping my sex? Do I miss my ex or am I just bored? And should I tell my Tinder match’s girlfriend that her boyfriend is a potentially cheating little rat? – and what even constitutes as cheating these days?

Shopping is my Sex 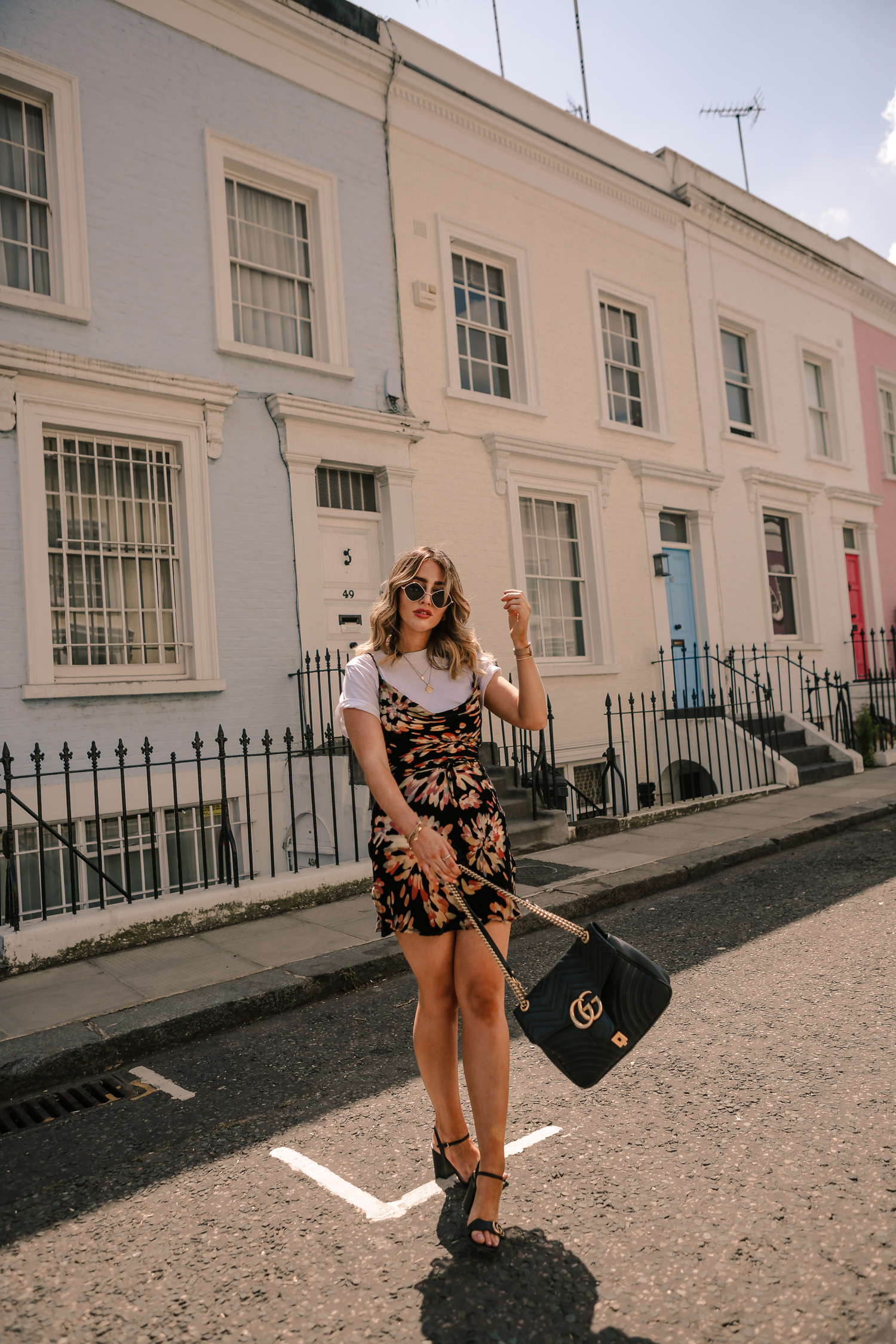 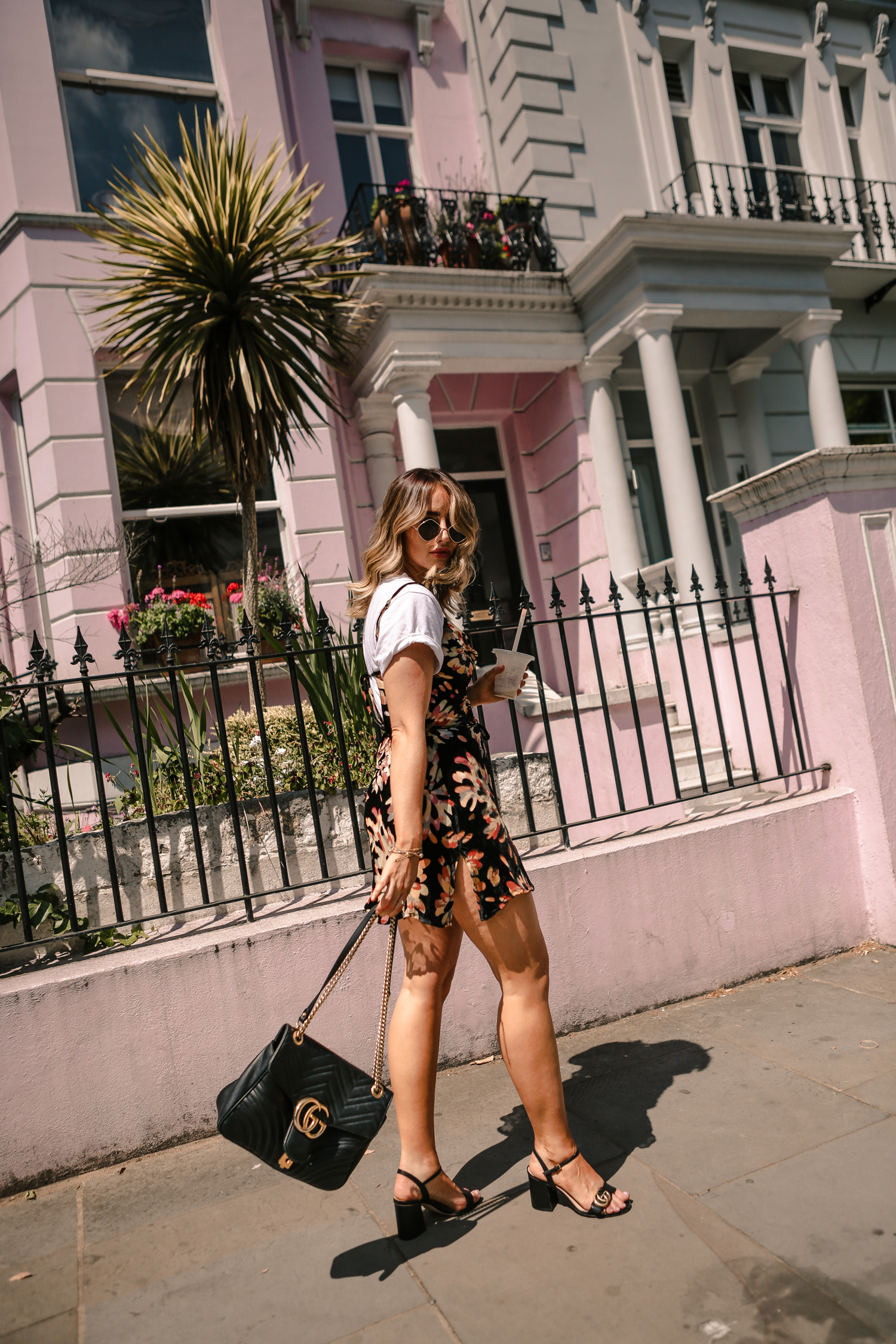 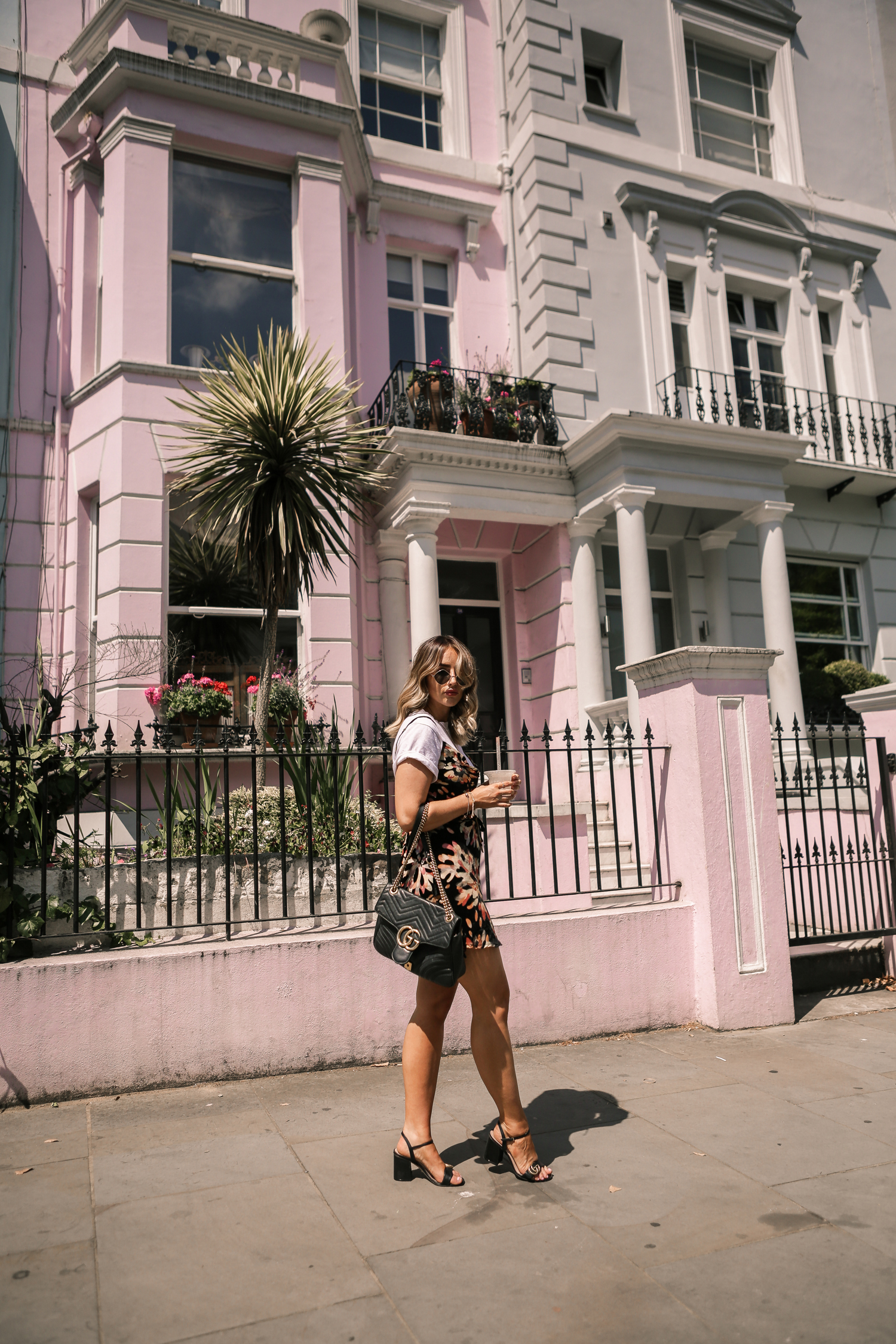 In case you hadn’t realised, I’m very much single. But one thing I’ve realised is that I’m a million times poorer when I’m single. Why? Oh, because I shop so much more.

Scanning through my bank statements whilst trying to not to have either a heart attack, panic attack or aneurism (zenzenzenzen namasteeeee) I noticed a worrying pattern of behaviour – my spending habits dip whenever I’m seeing somebody and they soar whenever I’m single. What on earth could this mean? Am I filling the void in my v with clothes? (Figuratively, not literally, Jesus Christ…)

So I consulted my dear friend Dr. Google (yes, the same Dr Google that’s told me I have an STI, narcolepsy and cancer at least 7 times now- very trustworthy I know) to help diagnose this problem. I came across an article on no other than THE SUN! But it mentioned a study where “inspired shopping” can provide a mental high which is comparable to that you get when having sex. And another study using brain scans and facial tracking technology found evidence of pleasure activation from dopamine in the same region of the brain that drives the desire for sex.

Kind of explains part of it, I suppose? When I’m in a relationship or actively dating, my mind is usually somewhere where clothes are not involved. When I’m single, I turn the attention to the instant gratification of an online order. Instead of texting “what u upto babeeee?” I’m scrolling the ASOS app and thanking the techno gods for apple pay.

I got in last night – not even late – after a boozy brunch and rooftop drinks. I sat there on my sofa in my pants and I almost, almost, text my ex. This is very out of character for me, but I thought back to this conversation I had with my friend the other week and it snapped my brain back into place and I put on the Handmaids Tale to try sort me out – because nothing sorts your desperate drunk little brain out better than a dystopian drama that treats women as property. 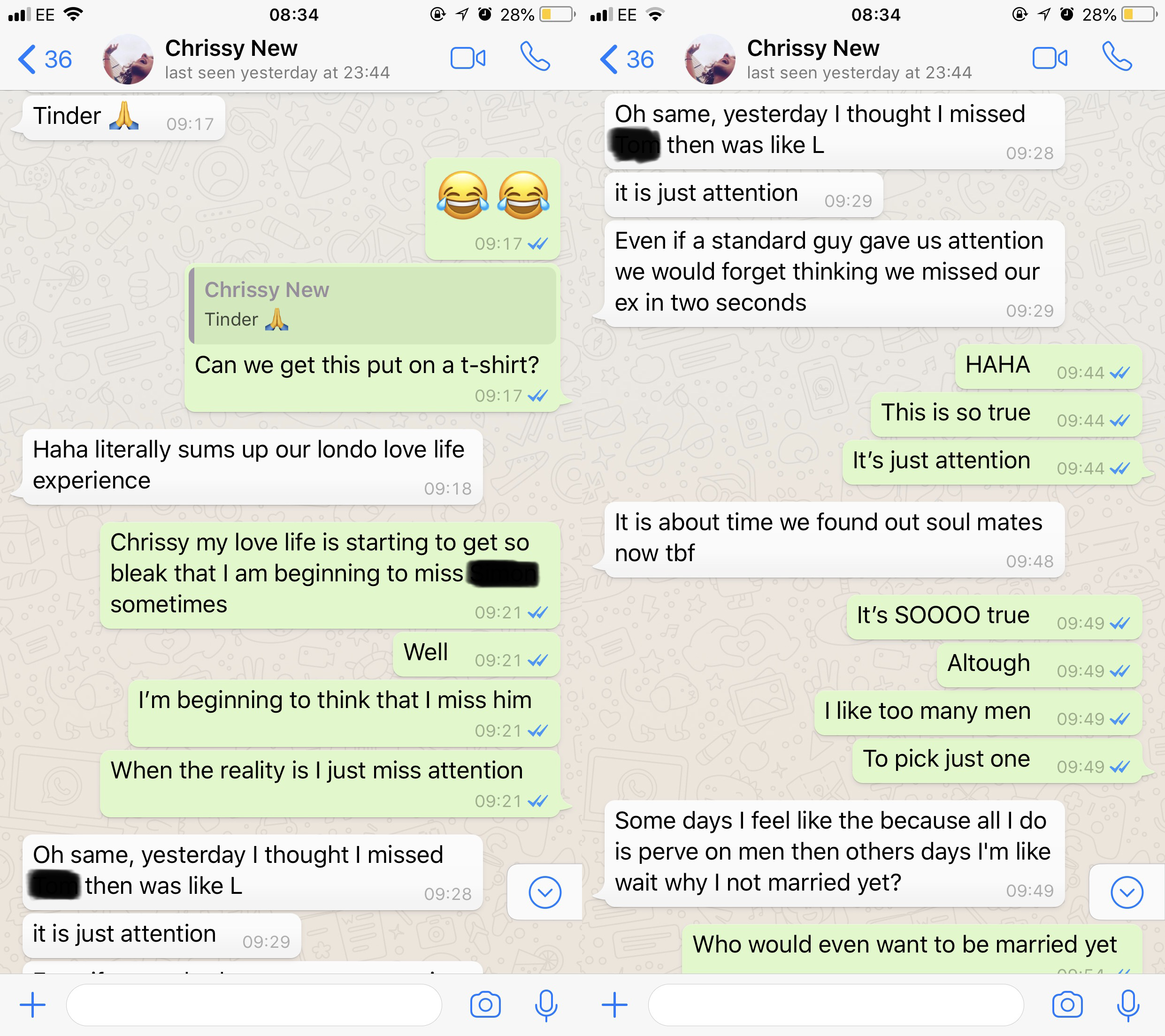 So the answer in short is no, I don’t miss my ex. I just miss attention. But when you’re drunk and you come home alone after flirting with just one boy (who happened to be 2 years younger and took the piss out of my job even though he still lives at home with his parents) all day long, it’s easy to confuse the two.

Wanting attention and enjoying flirting with men shouldn’t be a sin, but it sometimes feels as though it is. There’s still this idea that if that’s what you want, then it means you’re simply desperado for a boyfriend, or that you’re kinda slutty. It conjures images of insecure and/ or desperate women seeking validation. Megan from Love Island. Oh god, is that me????? There does feel something embarrassing and desperate about wanting male attention – and admitting it. It’s all like yes, I want to be a totally independent woman blah blah but also, I kind of want someone to occasionally stroke my hair in bed and order me a deliveroo breakfast in bed. Yes I can do all of these things myself – but stroking your own hair just isn’t the same.

And that’s basically IT.

Does that make me desperate? Does it mean I’m seeking validation? Does it make me needy? I just think it makes me human.

But do I miss my ex? 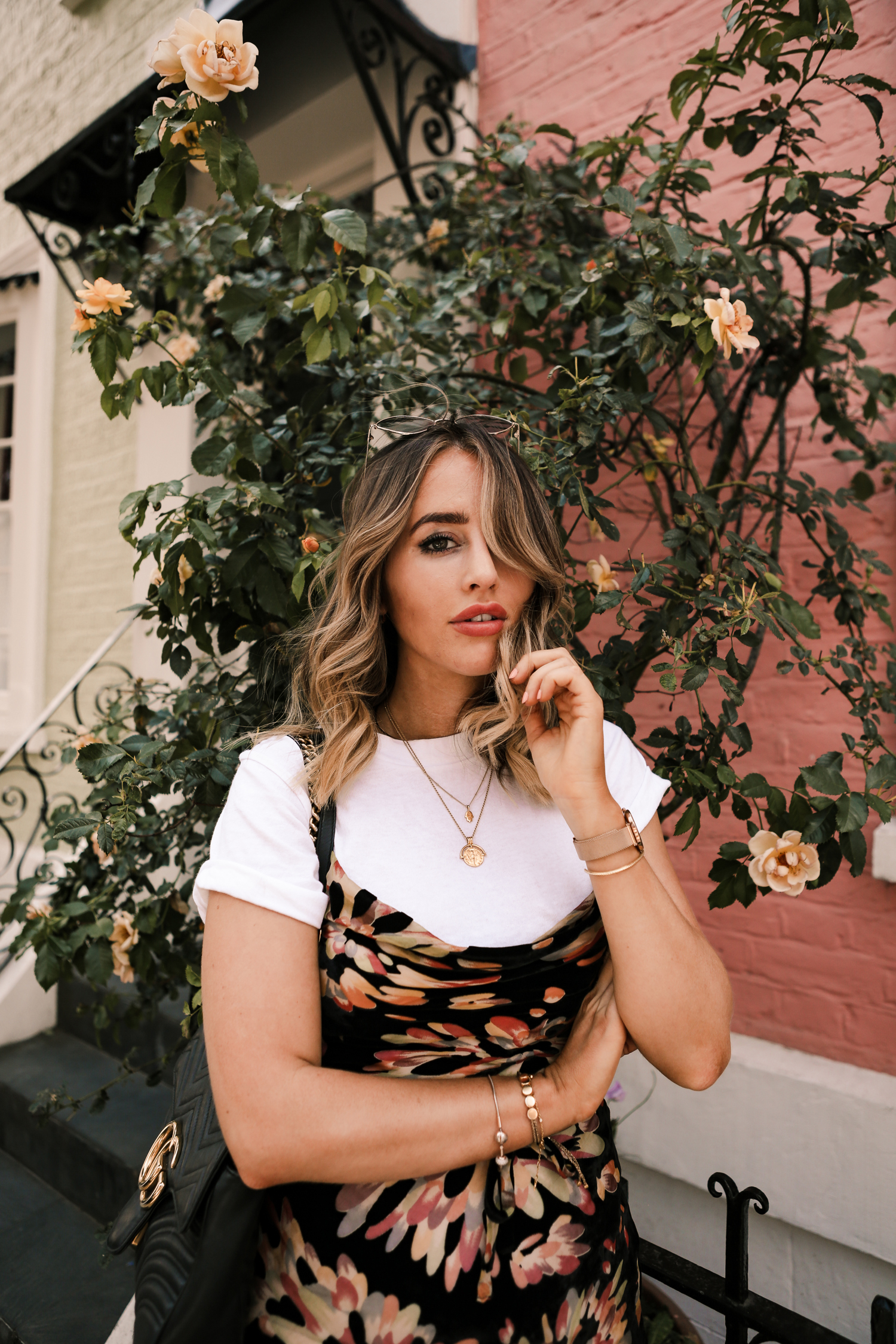 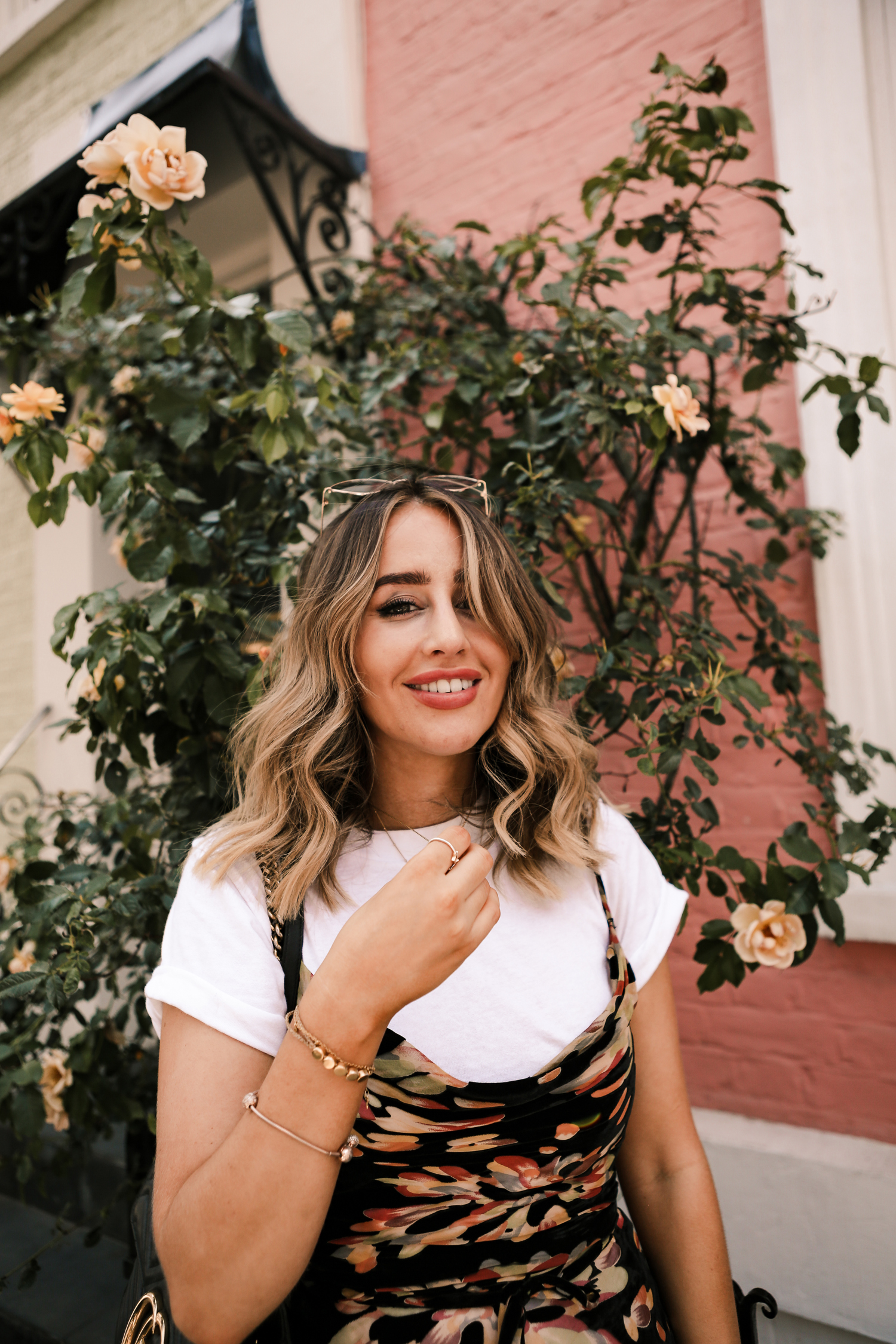 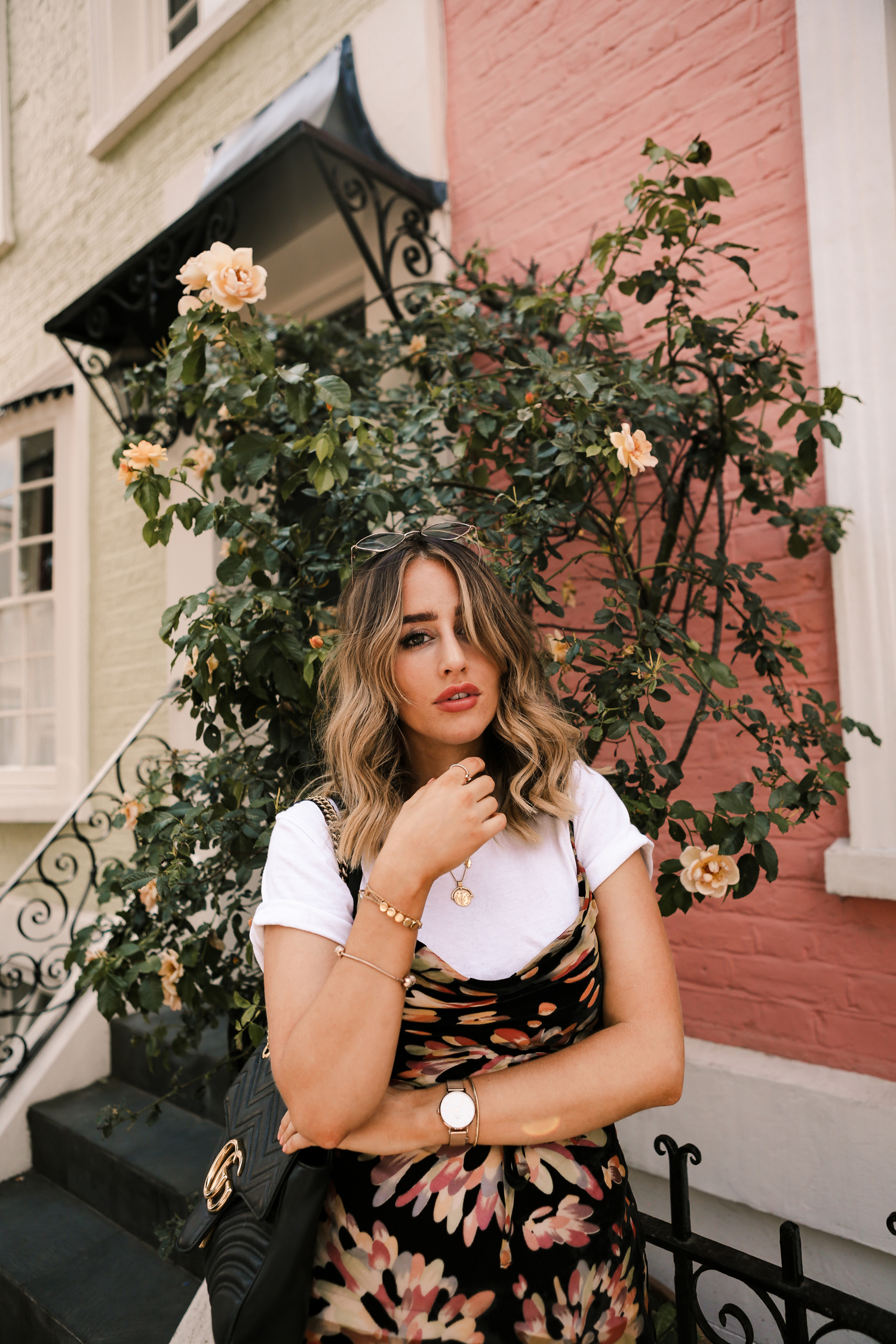 Should I Tell His Girlfriend?

I matched with a guy on Tinder back in June. He was over from the US for a month, living and working in London and had been pretty keen to go for drinks. We followed each other on Instagram and he would slide into my dm’s quite a bit. So, drinks never happened. But after going back to the US, and then on holiday to South America, I noticed all of his instagram stories turned somewhat romantic. Petals on a king size bed overlooking the sea, jacuzzis, candlelit dinners and WAIT IS THAT A LADIES FOOT???? Obviously I’d given his Instagram a full investigation when I first followed him – – isn’t the first thing we do try and find their ex girlfriends? See how long they’ve been broken up for? If she has better hair than you?! There was literally no sign of any girl in his life. But as the days unfolded on his Instagram stories, so did the adorable loving photos of his girlfriend, cute candids and boomerangs of her, and kissing selfies. I mean, he almost sold their romance to me! Almost – had he not been trying to meet up with me during his month in the UK and been sending me selfies from his London hotel bed in the morning (nothing NSFW, of course!)

When I tweeted about this, lots of people said I should tell his girlfriend.

Do I have a moral obligation to tell this random American girl that her boyfriend is a potentially cheating scumbag? He may not have met up with me, but surely there must have been others? Maybe they have an open relationship? What would I even SAY?

Hey babe, just to let you know I matched with your bf on Tinder and he sent me all these pics and asked me out for drinks – nothing happened but thought u should know enjoy the rest of your hols xoxo

I haven’t ever been with a man to later find out he has a girlfriend, but my friends have. A few of them went with what they felt was part of girl code and messaged their girlfriends, only to be met with hostility and denial – apart from one girl who said thank you and that she broke up with her douchebag boyfriend. Others just left it “it’s not my place to tell because I didn’t really do anything wrong”

I operate on a relatively cowardly “what I don’t know can’t hurt me” manifesto when it comes to relationships. So for me it seems a difficult one to navigate – yes, this guy was putting the feelers out about doing the dirty on his gf, but is it really my place to go an interrupt their seemingly happy relationship?

Plus we didn’t even do anything – so he didn’t cheat, as such. But what even is cheating these days? There was an article on The Pool about “micro-cheating” which I loved as it totally legitimised all of the other ways you can hurt and betray a partner without necessarily physically doing anything. If I had a boyfriend and he downloaded Tinder to use whilst working abroad, I’d consider that cheating in part, as it’s going with the intention to cheat, am I right?

But what would YOU do? Would you tell his girlfriend? Have you ever been in a situation like this before? And if you were the one being cheated on (or, in this case, “micro-cheated” on)  – would you want to be told?

Dress from Rat and Boa, jewellery is Missoma and photography by the amazing Bethany Elstone

Black Friday has officially touched down so as promised, here’s the best of the Black Friday fashion sales and all the codes you may need…

Is your face hurting from all of the fake smiling and gift-facing you’ve been doing at those terrible presents your relatives have given you?…

I’m in my twenties. I live in another city – in fact, the bloody capital city of this country. I rent a 2 bed flat…

Life sometimes feels like a perennial treadmill, stuck on 13.5 speed with an incline of 6. Slow your pace down for a second and you… 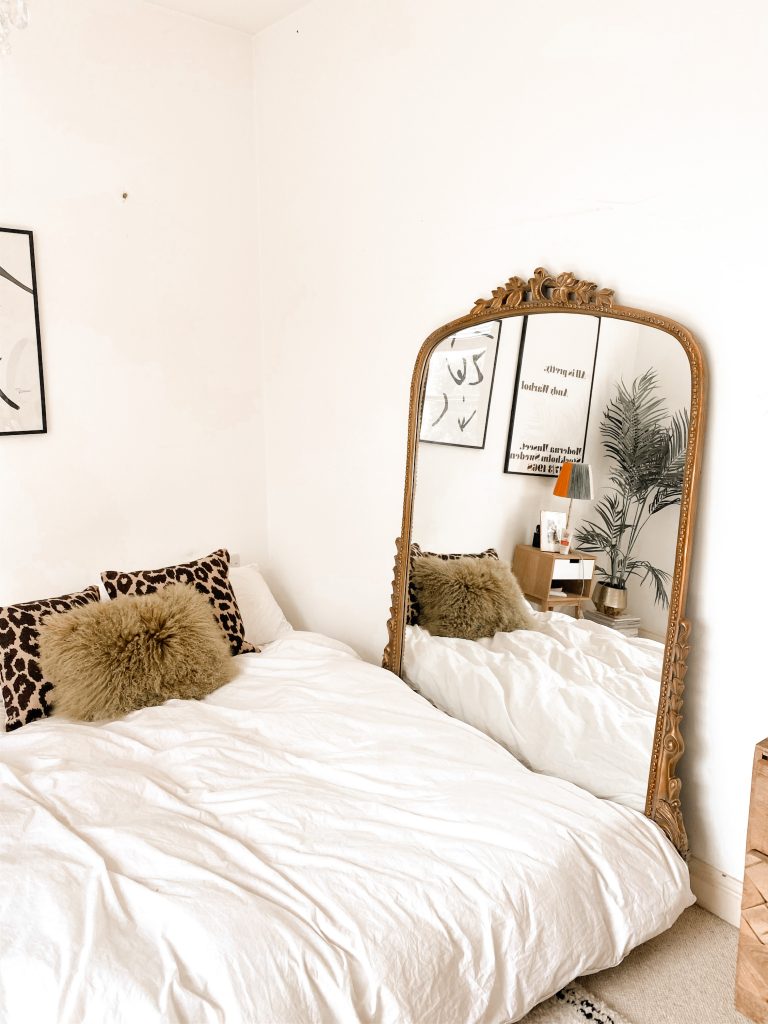 Despite the UK’s government changing their COVID-19 slogan from #StayHome to #StayAlert, I think most of us still plan on spending a lot more time…

I don’t believe in fate or destiny. As Blair Waldorf said “Destiny is for losers. It’s just a stupid excuse to wait for things to…