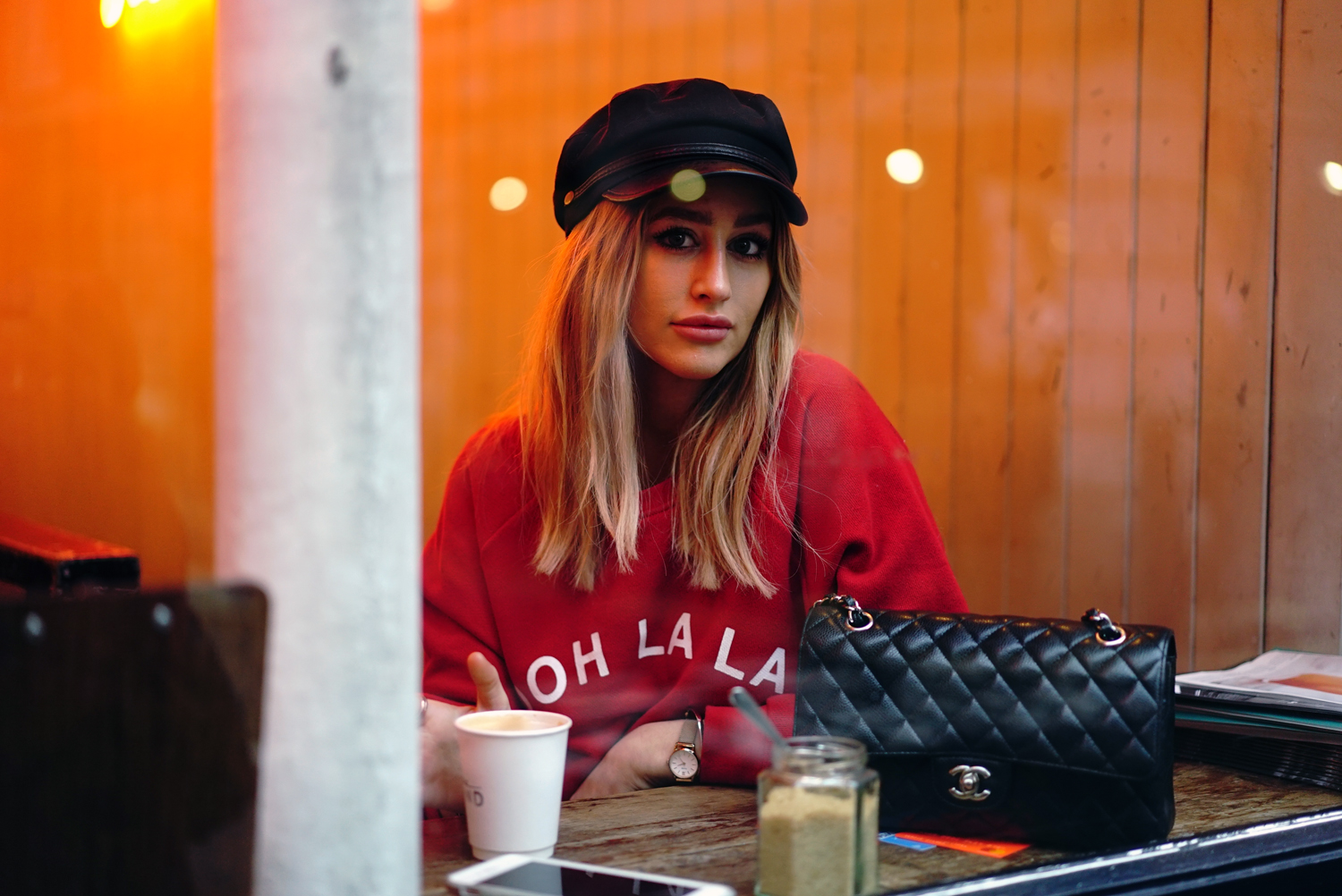 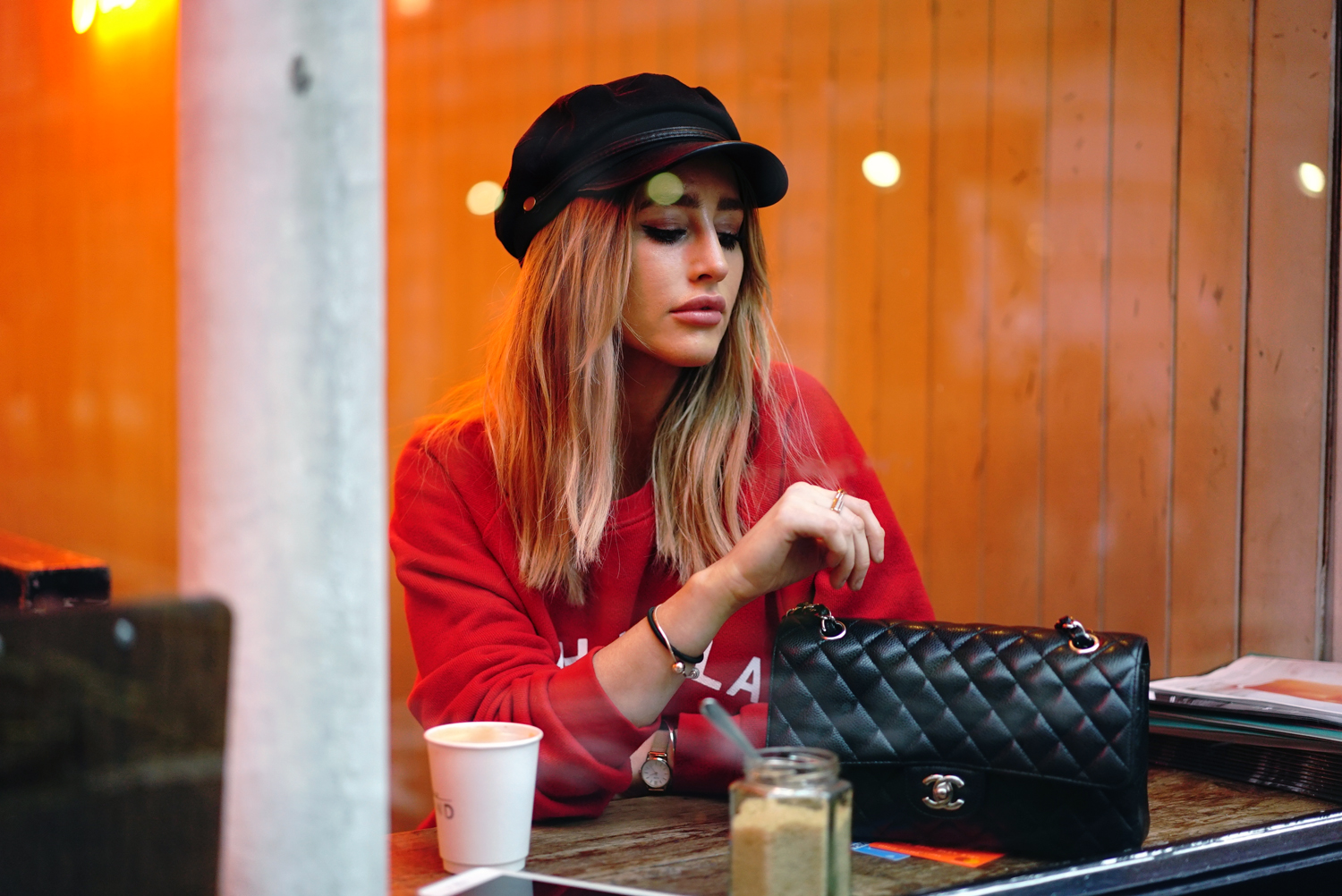 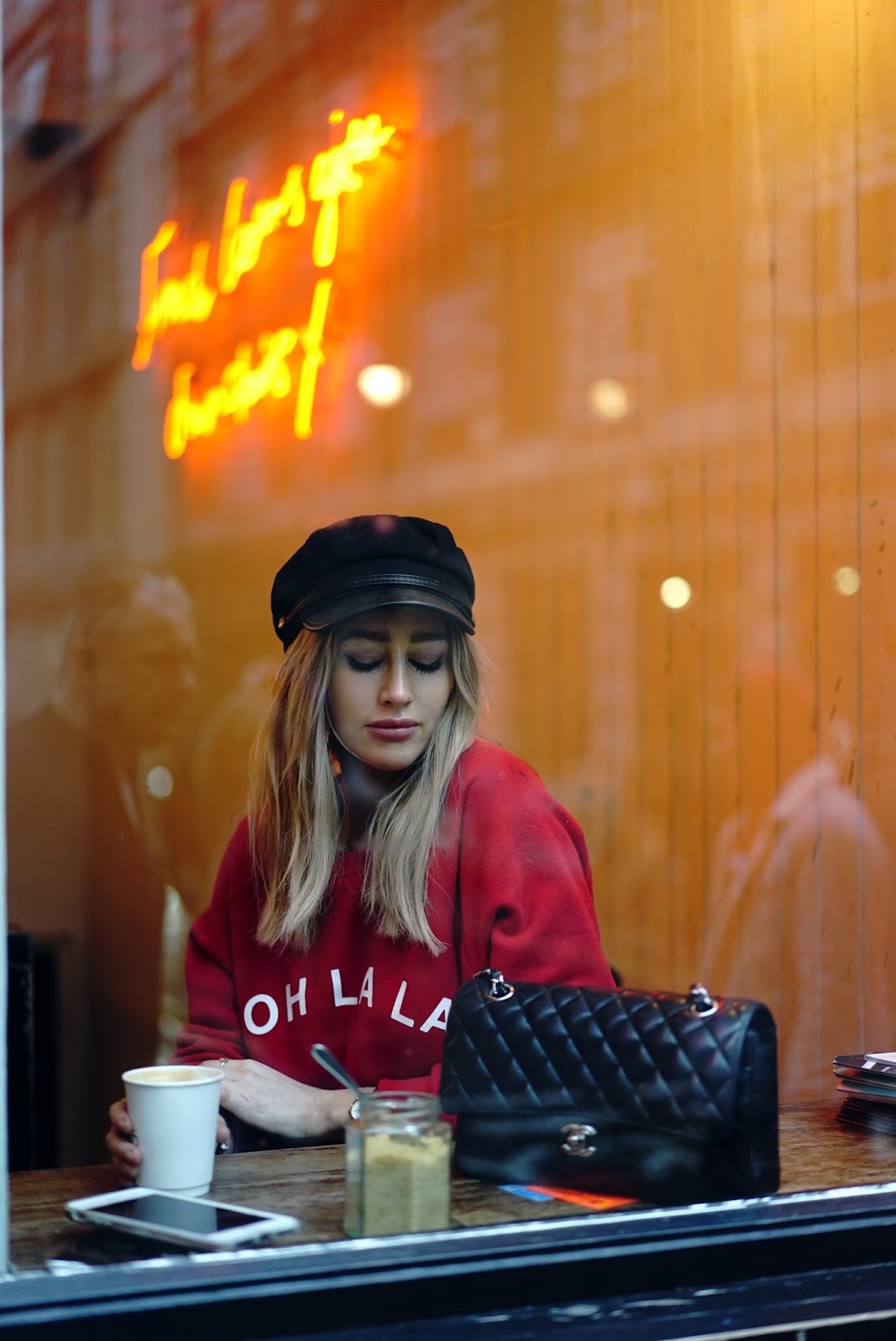 I love the start of a new year and the promise it brings. I hate the kind of people who are so anti it. You know the types – who profusely take the piss out of the “new year new me” types. Well, as we sit in our rooms making lists and goals and something to work towards to make 2018 better than 2017, they can all wallow in the misery that is their average lives and be happy and content with everything continuing to be just so – average. Okay, I’m sort of joking. I’m actually all for you doing you however that may be – and whilst I’m not about that average life, I’m not about the torrent of roasting people get for aspiring to make the best of the new year ahead. Who cares if you fail your no carb diet resolution by the weekend? Who cares if you’ve already failed at saving money by doing a Topshop purchase already? It’s fine! At least you tried.  So I’m here ringing in the new year with some goals and resolutions – large and small – for 2018.

I’d like to say that I’m sorry, first of all. I know I became pretty crap at blogging in the last couple of months of 2017. I began to find it increasingly hard to stay on top of everything – constantly shooting for Instagram and trying with YouTube and finishing campaigns – and in doing all of that, I let my blog slip. It was AMAZING as I got to create so much fun content for brands I love to be posted on my page, and get featured and write a little bit for companies that I absolutely love (hello Farfetch – did you see this article?) It breaks my heart a little as I am first and foremost a writer – it’s what I love. So I’m going to aim to blog at least twice a week, on set days – and this doesn’t include sponsored content. I always try my hardest with sponsored content to keep it real and keep it in line with what I do, but it would be nice to have 2 entirely sponsored-free pieces to post every week, even if it is just small outfit post!

Last year I didn’t go home for around 3-4 months at one point. How awful is that? They only live on a 55 minute train away. I was just so busy busy busy – you all know the story. But I need to make more of an effort as I miss them a lot, so this year I’m going to make it happen.

3. Get obsessed with the gym again – but for my mental health more than anything

So ‘obsessed’ and ‘mental health’ in one sentence usually conjures images of crazed stalkers and Single White Female situations – but this is definitely not like that. I used to be obsessed with the gym – and not for how it made me look but for how it made me feel. I’ll admit that this year, especially towards the end, I’ve really started to actually struggle quite a bit with anxiety. And when I look back at the year, I notice that I started struggling with it more as I started going to the gym less.

I’m going to use that b word again – busy. I just got too busy with work that it fell out of my routine and my 4-times-a-week gym sessions dwindled to one, or sometimes none. And I feel lousy for it. Three years ago, I never used to go to the gym, and I was an absolute nervous wreck, but after getting into fitness I noticed such a positive impact on my mental health that this is something I need to focus on this year for my own wellbeing. 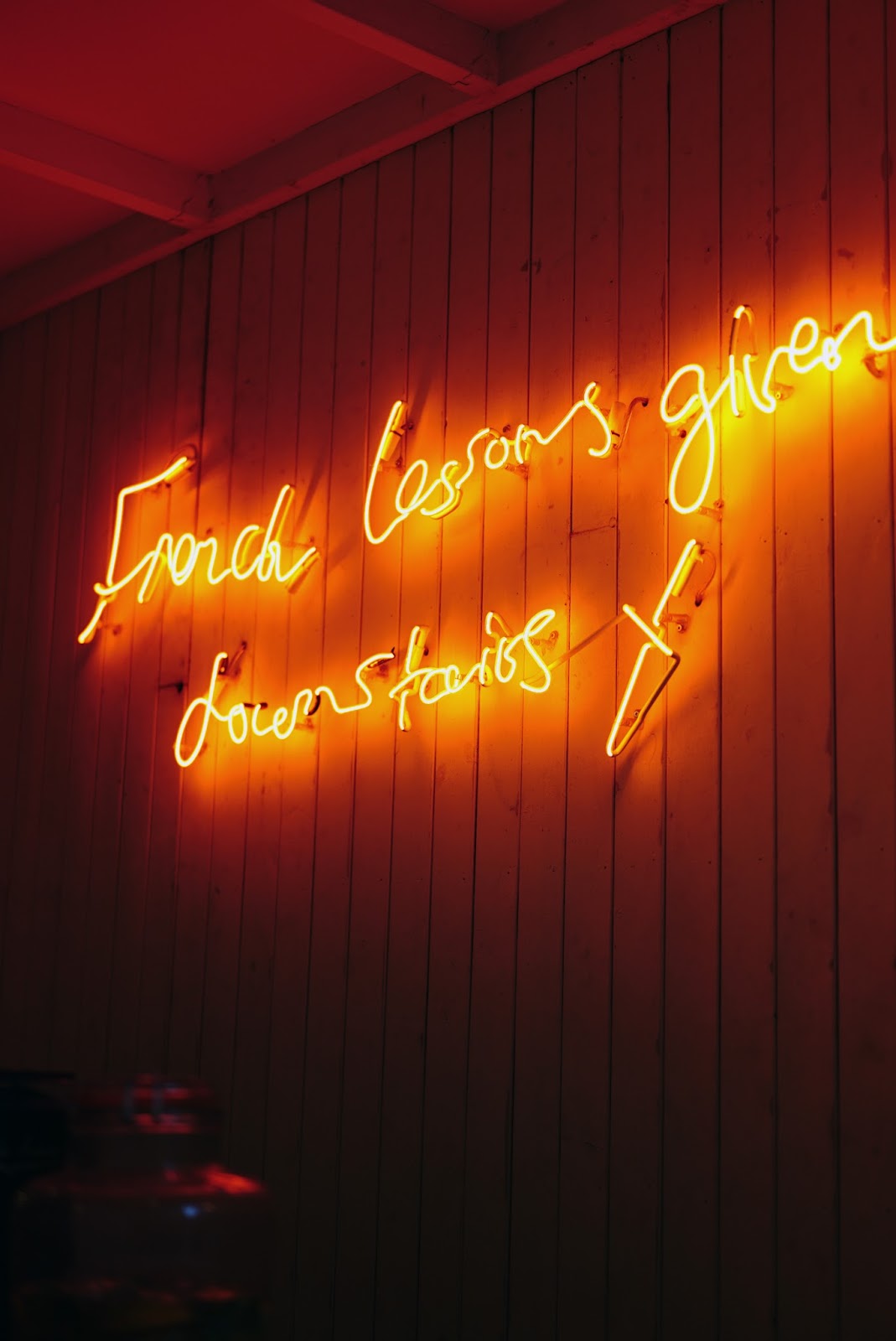 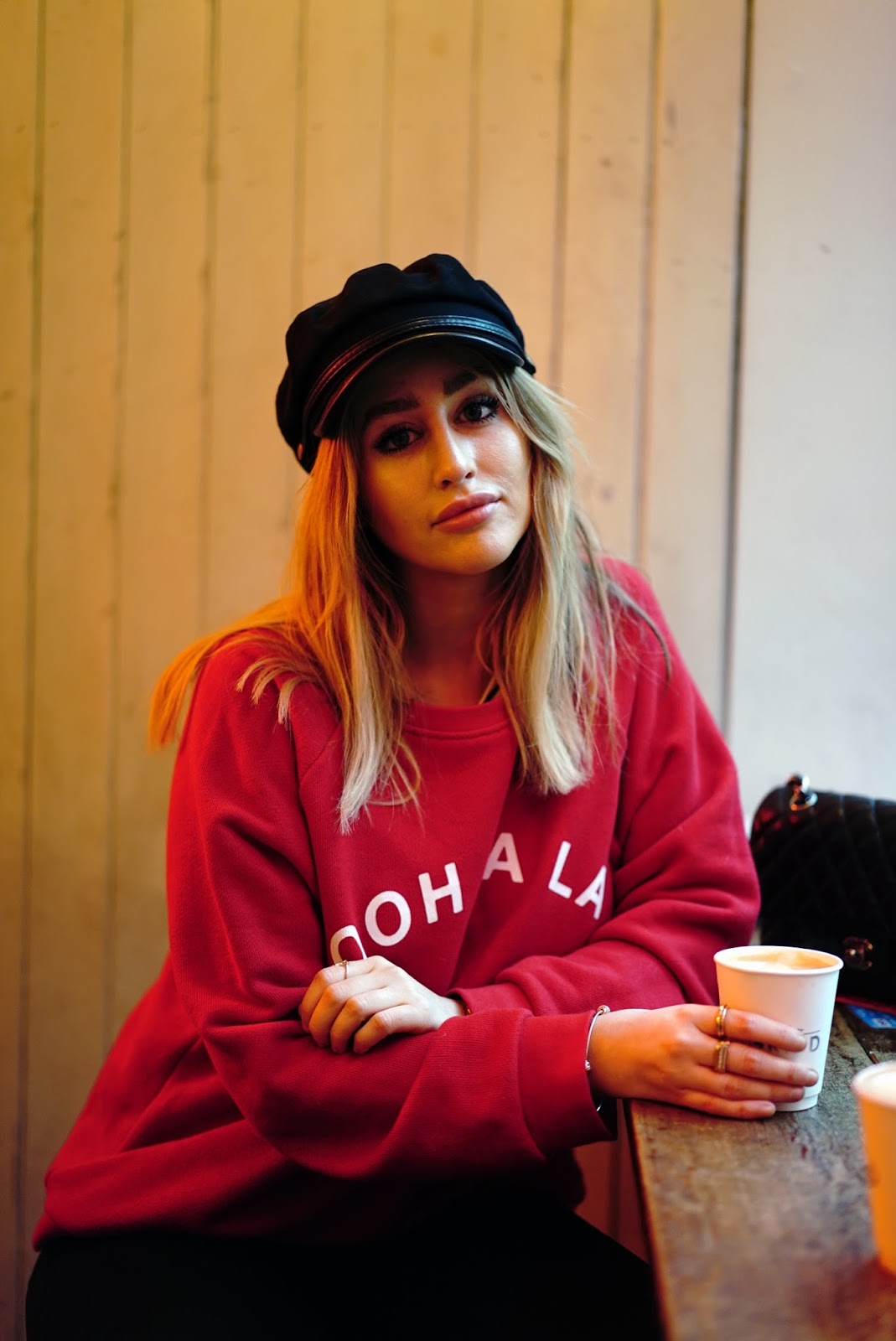 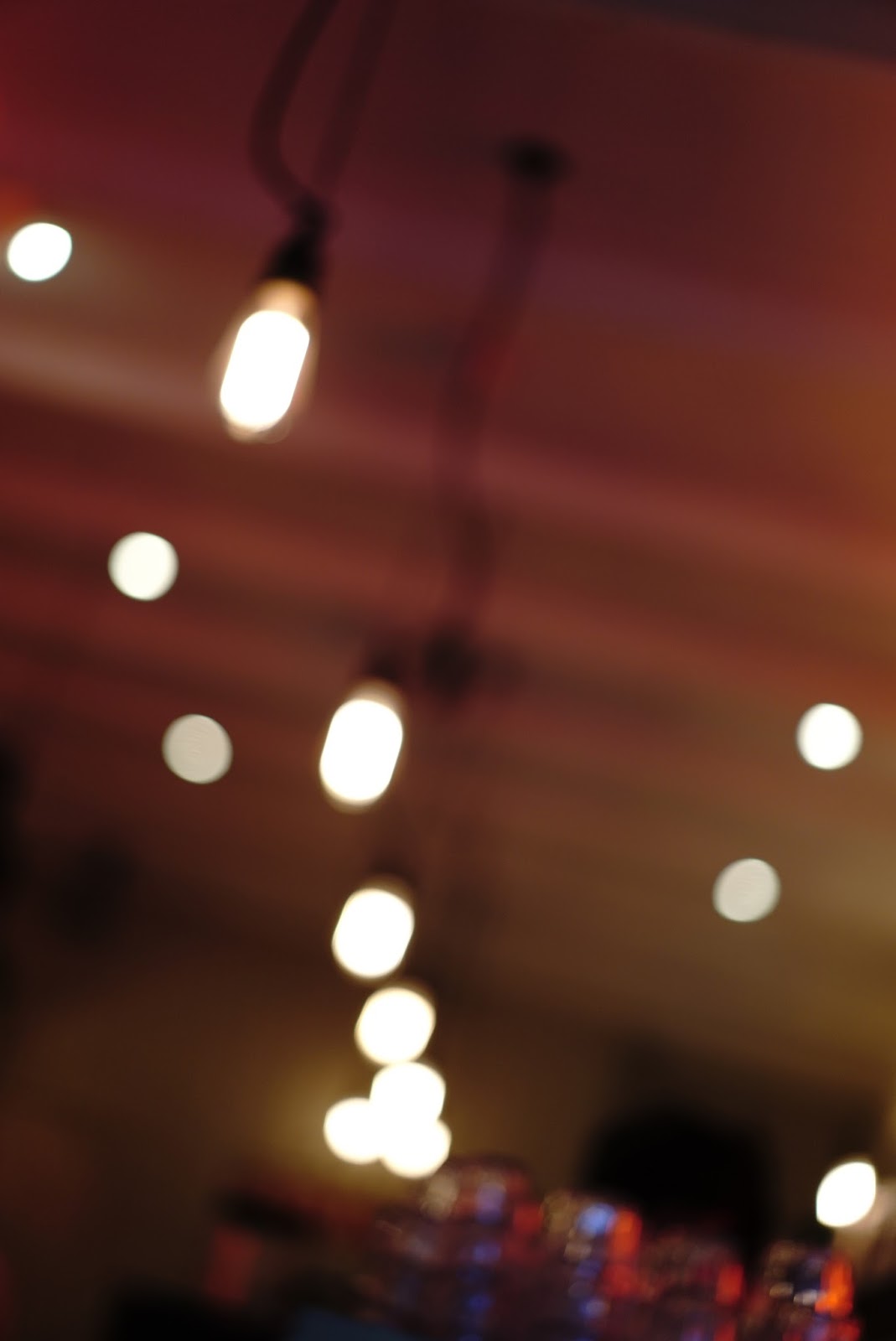 I wrote about struggling to find a work/life balance in blogging, and surprise surprise – I’m still struggling! If there’s one thing people repeatedly said to me last year it was “Soph, you need to take a break girl” – this goes a little bit hand in hand with the anxiety issues, I’m sure. Sitting here right now, feeling all fresh and looking into the beautiful bright 2018 before me, I can’t help but be brought back to the start of December where I felt totally crushed by my work and almost had a breakdown and started crying at an event because I was too stressed. It’s all about self-love now, and learning to cope better.

5. Stop letting my perfectionism get in the way of doing my job

Honestly, perfectionism is a curse. I’m not sure if you remember my blog post on perfectionism, but I’m so obsessed with wanting everything to be perfect that sometimes I won’t even bother doing something because I know it won’t be ‘good enough’. I couldn’t even begin to tell you about the amount of blog posts I went to write but never finished in fear of it not being up to my own stupidly high standards. It can be professionally crippling, so I’m putting a stop to not being good enough and trying to relax my standards. I am good enough. I’m hoping this will manifest in the form of more blog content, as well as more YouTube videos. I need to stop waiting, overthinking and just do it.

Riffing a little bit on point number 5, I’ll find often I’ll have an inspired thought for a blog post or an idea or concept, and I’ll think “amazing! I’ll write that down” – and I write down a proposed title but that’s it. And the inspiration never comes back in the same way. What would have happened if I just carpe diem’d it a little more and just thrashed out the whole post? How much more content would I have posted? I’m claiming it. This starts now!

7. Keep Standing Up For What I Believe In

A few years ago, admittedly,  I was a little bit of a doormat in past relationships or when I’ve been dating people. I’ve stayed quiet and played it cool and not spoken up about things that I thought were unfair. I used to be the type of girl who was so preoccupied with wanting guys to like me that I wouldn’t want to cause a fuss if they were being dicks – you know, it’s cool girl phenomenon. I definitely grew out of that in my early twenties but still found myself in situations where I was tempted to stay quiet in case I come across as a “psycho” instead of standing up for myself. Last year it changed, and I called out everything when I felt it. This year will be no different. It comes down to respect, and self-care.

I’ll continue to talk about sexism, feminism, how the patriarchy affects us to ears that for years have refused to listen because it doesn’t affect them because it’s important. I want change – and I might be only one person, but changes in society and culture comes as much from the small things at the roots, as they do from the big people at the top. 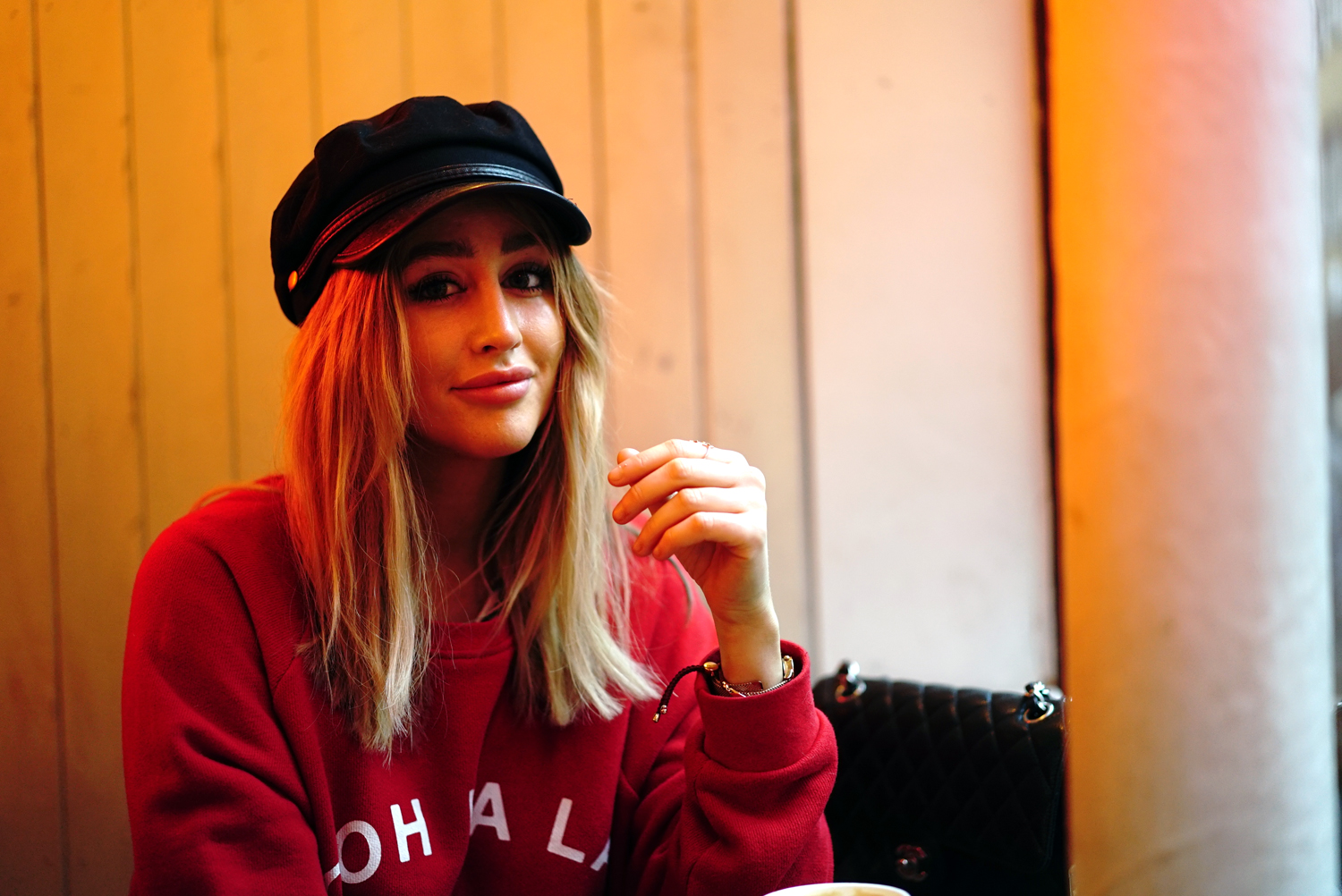 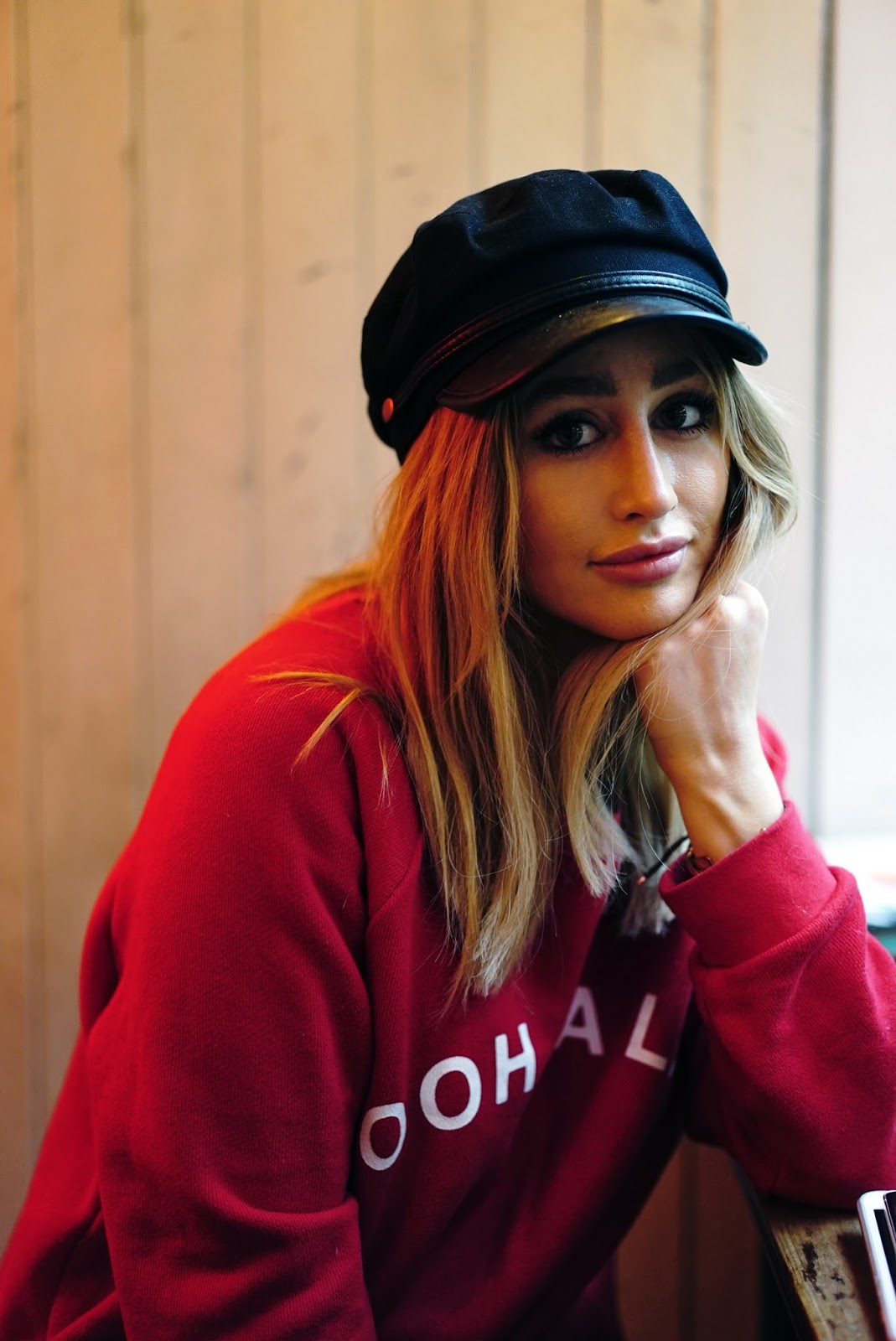 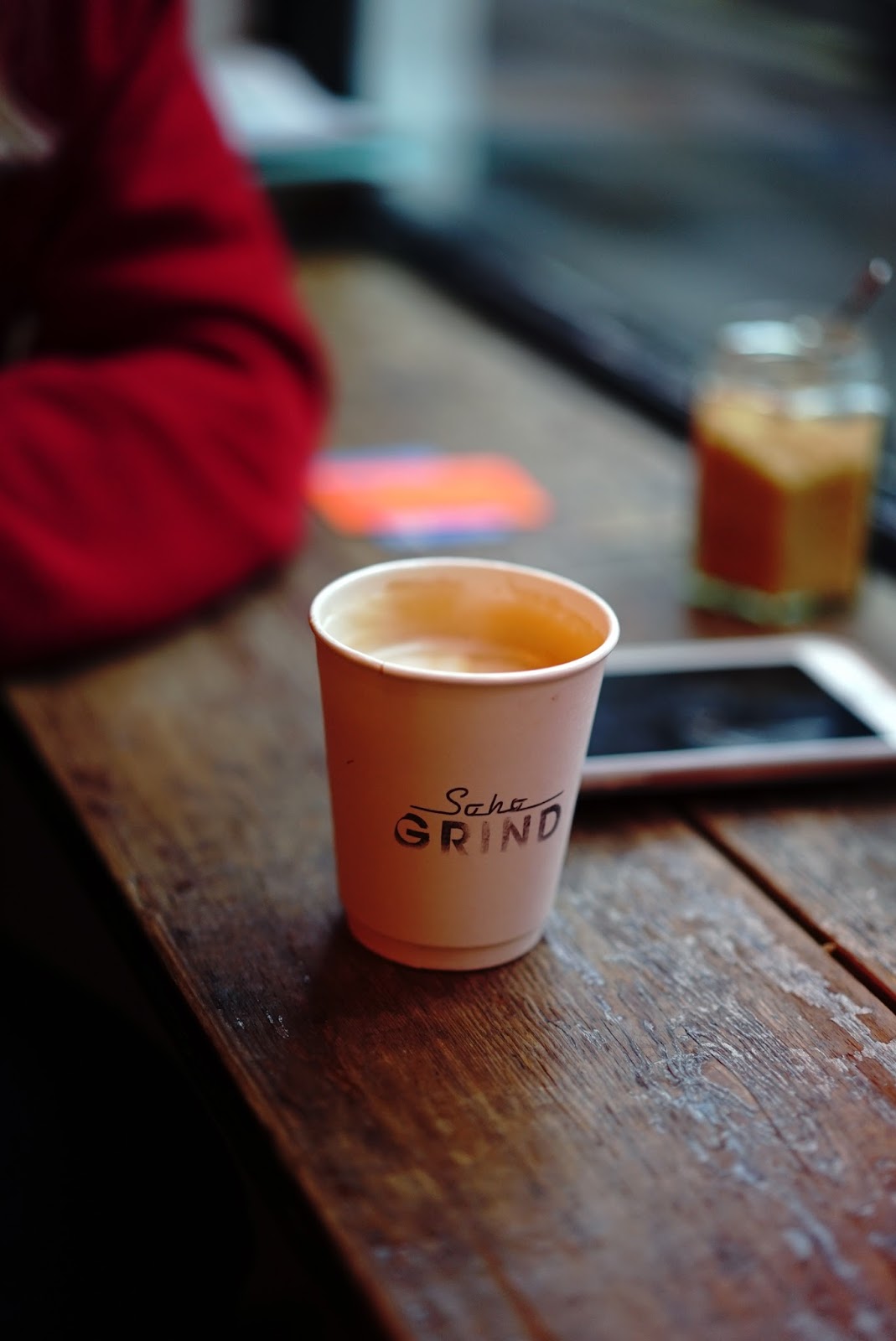 8. Stand Up For Others Too – especially those without platforms and voices

We’re living in a world where people have platforms and they don’t use them enough for good. There are voices out there that are stifled and quite simply not represented in the way they deserve. I want to be able to use whatever platform I have, and wherever it goes, to give voices to others that don’t have that. (Yes, can we have #WorldPeace !?) Whether it’s tweeting support of causes, or writing about other issues, or by not turning a blind eye to injustice because it’s the easy way out. If you need anything to inspire you this year, listen to Oprah’s speech at the Golden Globes. It’s set the tone for the year for me.

It came to my attention around April last year that I’m in a few Whatsapp groups where quite frankly, the subject of choice, 9 times out of 10, is bitching about somebody else. Someone would screenshot something, post it, and write a scathing remark tearing the person down. Then others would chime in and critique and slate. It could have been about someone in blogging or a real life person from another friendship group, and it could be anything from their outfit choices, to their hair, to a TYPO in a tweet for god’s sake, for putting on weight – but it really started to drag me down.

There’s so much negativity already in the world – it’s the last thing I want to be faced with when I pick up my phone to read my messages. I’m not going to say I’m immune to having a bitch about something – because I’m not. If someone is actually horrible or really annoying or does something to offend me then in my opinion, it’s fair game. But pointlessly screenshotting and tearing someone down behind their back for NO reason? What purpose does it serve other than to make you feel better about your own sad life?

All I could think of was the quote in Mean Girls

So I stopped replying. Every time. The root of pointless bitching is more often than not an insecurity or jealousy issue within the person doing the bitching, so I’m going to continue to be a kinder person this year by not only removing myself from situations like this, but calling them out too. There’s way too much negativity in this world already.
10. And lastly, it’s such a cliche, but travel more.

Now first things first, we can’t forget that travel is absolutely and most definitely a luxury. I’ve written, long ago, when I was in my first job after my masters, about how I totally loathe people in their late thirties and forties writing articles on how us twenty-somethings should just QuIt OuR JoBs To gO TrAVeLlIng – just *MAKE* it ~happen~ !! Like it’s that damn easy. Like we’re earning enough to save to afford the most basic hostels after we’ve got our expensive air fare – surprise, we’re not. I’m lucky that I’m in a position now where I can travel – but not at the expense of meaning I can’t save to buy a house but hey guys, that is a whole other rant to get on to because lol that’s not really going to happen soon – and trust me, if you’re feeling frustrated then you will be at this point where you will be able to more easily afford travel too some time in the future.

But I want to travel more – see more things and experience different places. And not to just hideout in a resort all day and night. I want to go out and see the culture and explore! (Then, go back to the resort at night… I have my limits) Oh, and also, importantly, learn some of the language before I go away. I’m tired of feeling ignorant for not learning a few phrases to get by, or hoping the locals will know enough English for us to get along okay. I’m done being that lazy Brit!

So, what are your goals, resolutions, and even better, aspirations for 2018?

Today’s Sunday set up for this weekly round up: it’s 6:45am at the time of writing, I only got to sleep a few hours ago…

Since I had my first dolls house, I’d always dreamt of creating my dream home. Of course it was going to be a castle, my…