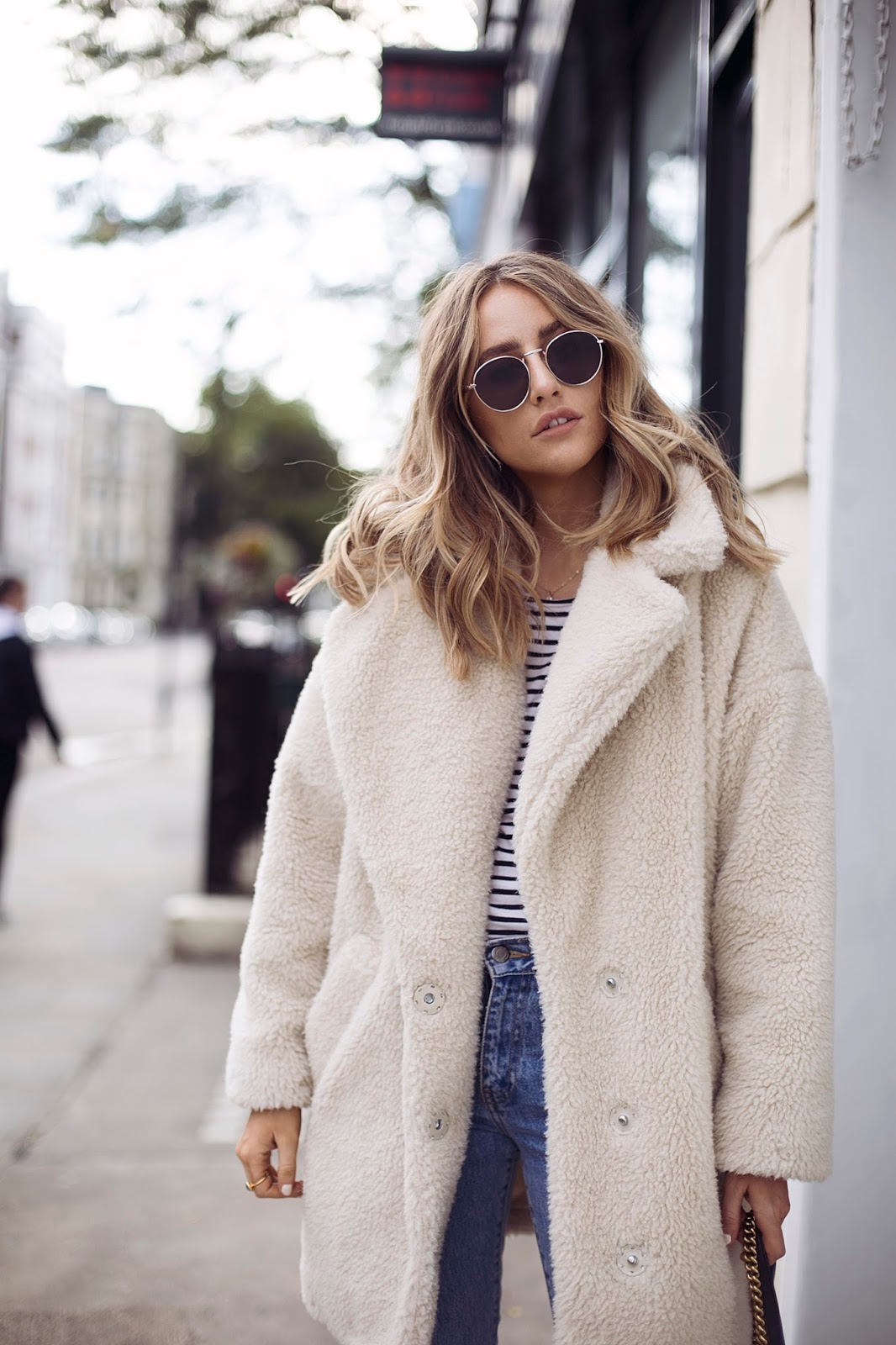 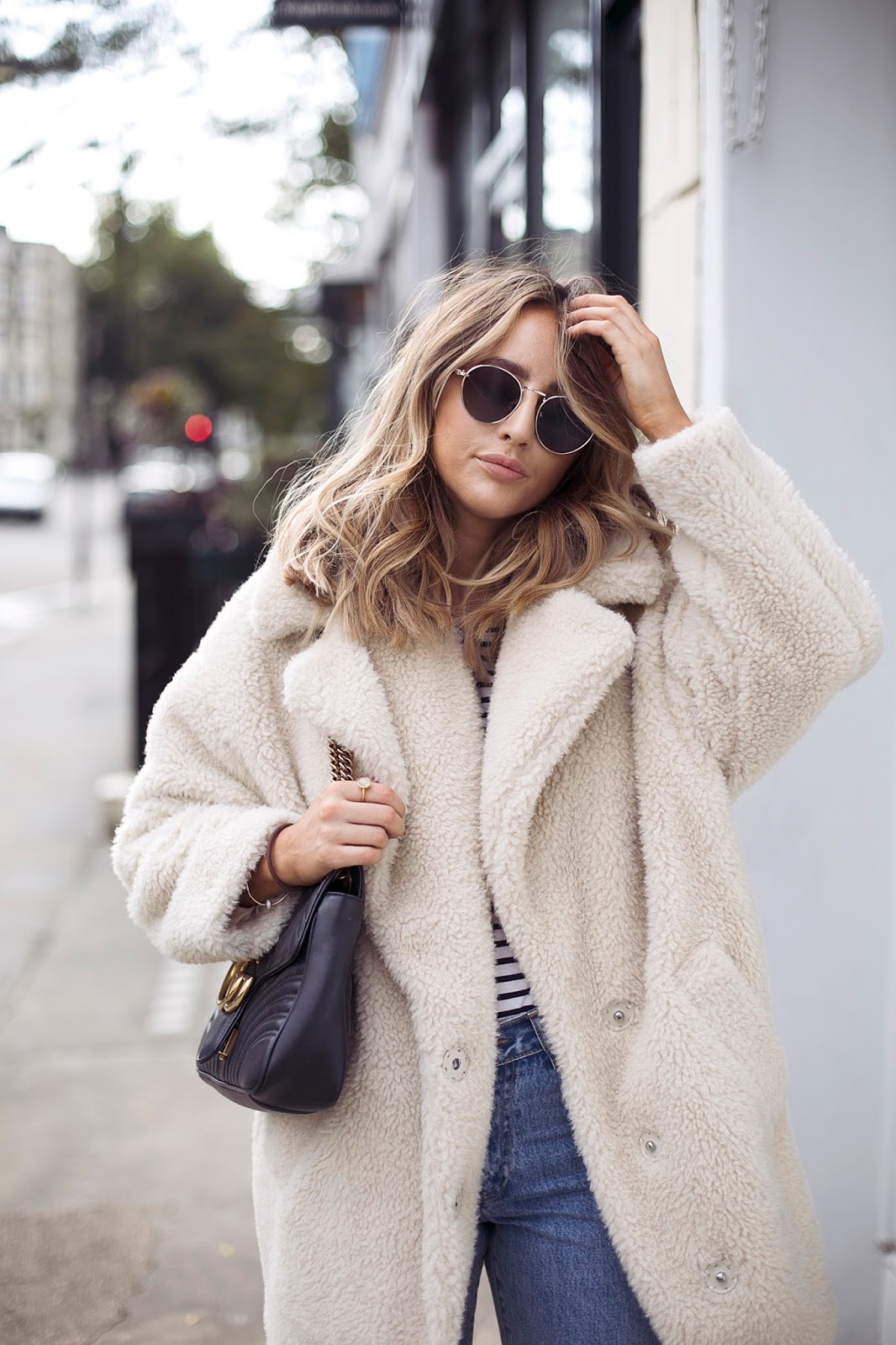 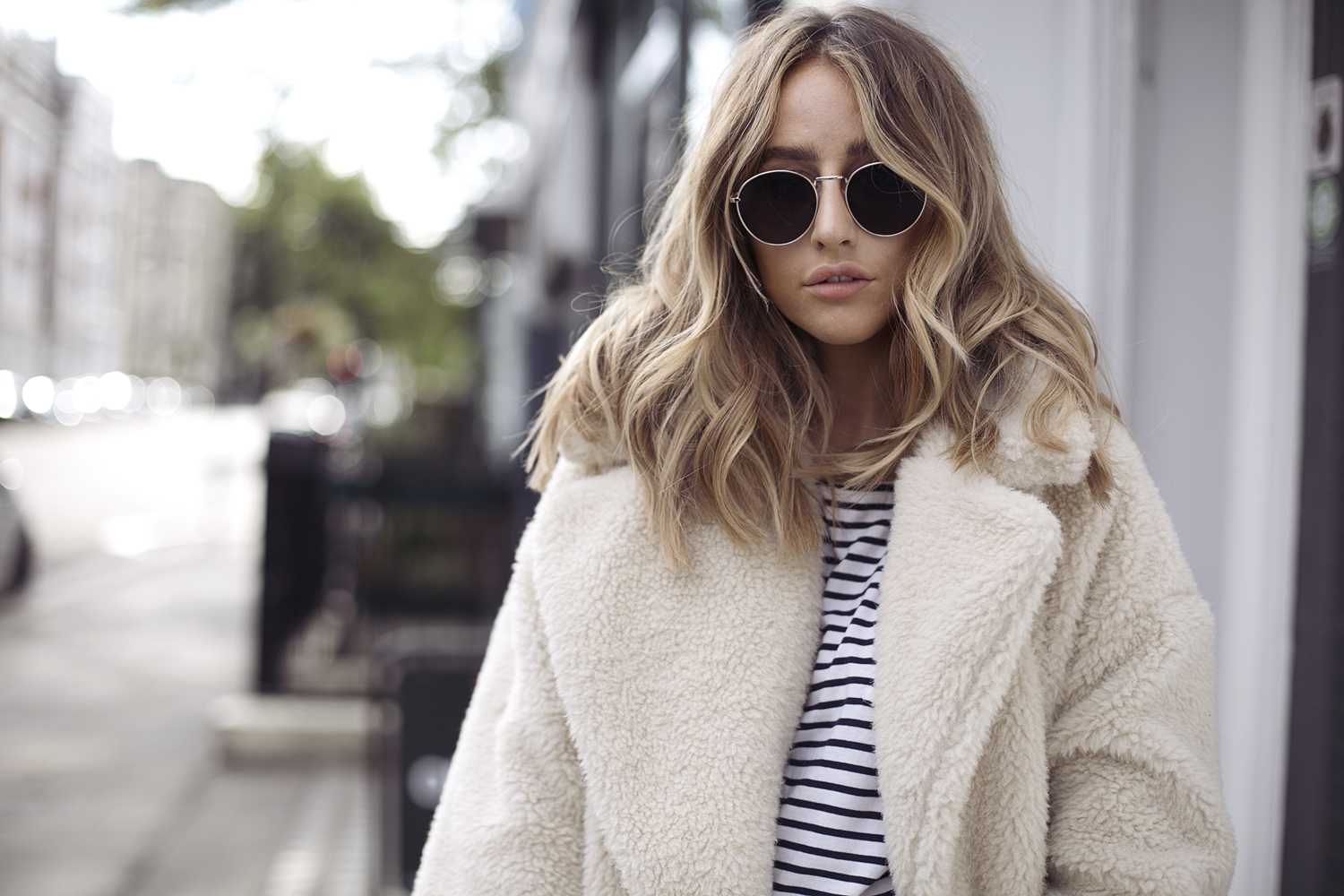 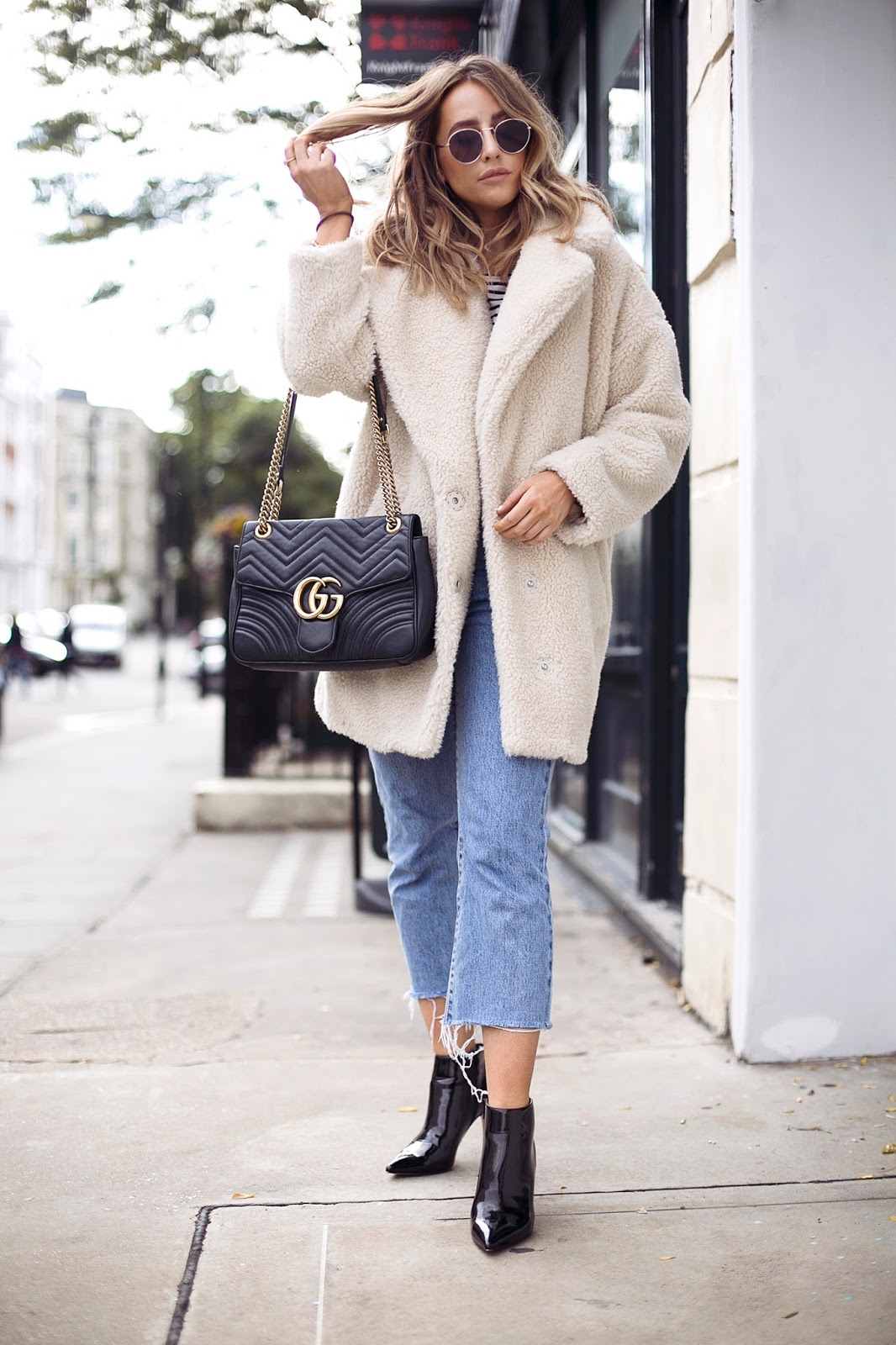 There’s a meme that I have screenshot which will never fail to make me smile.

Me at 25: you know what Sandra? Make that two supreme pizzas.

It’s funny because it’s true and #relatable. Didn’t our 18-year old selves all think we’d completely have our shit together in our twenties? Whereas when we’re actually in our twenties, we’re in that awkward stage of being semi-grown up, having all of these new responsibilities, jobs at work with ‘titles’, paydays and budgets to work out, but all without quite knowing what to do with it and how to act about it all.

What strikes me as odd, in some ways, is that our younger – albeit more clueless – selves embraced the idea of totally self-sufficient adulthood, but right now we seem to have this strange internet culture where we’re simultaneously scared of becoming fully-fledged adults, bemoaning adulting and doing things like paying bills and sorting out credit cards, yet also wanting to be total #GirlBosses that are nailing all things grown-up. We talk about being ‘independent women’ whilst eschewing certain things that bring us that exact independence and autonomy. 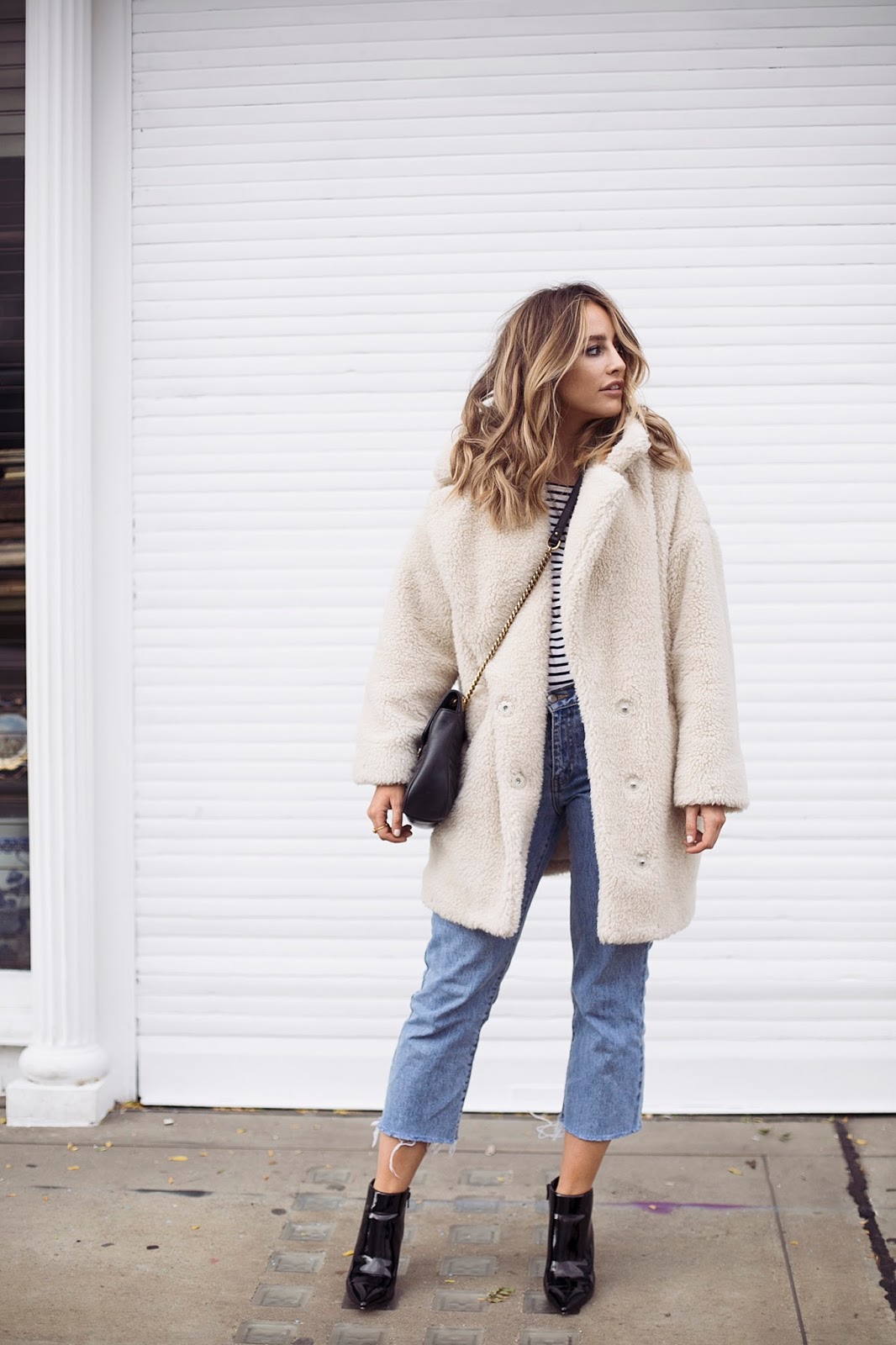 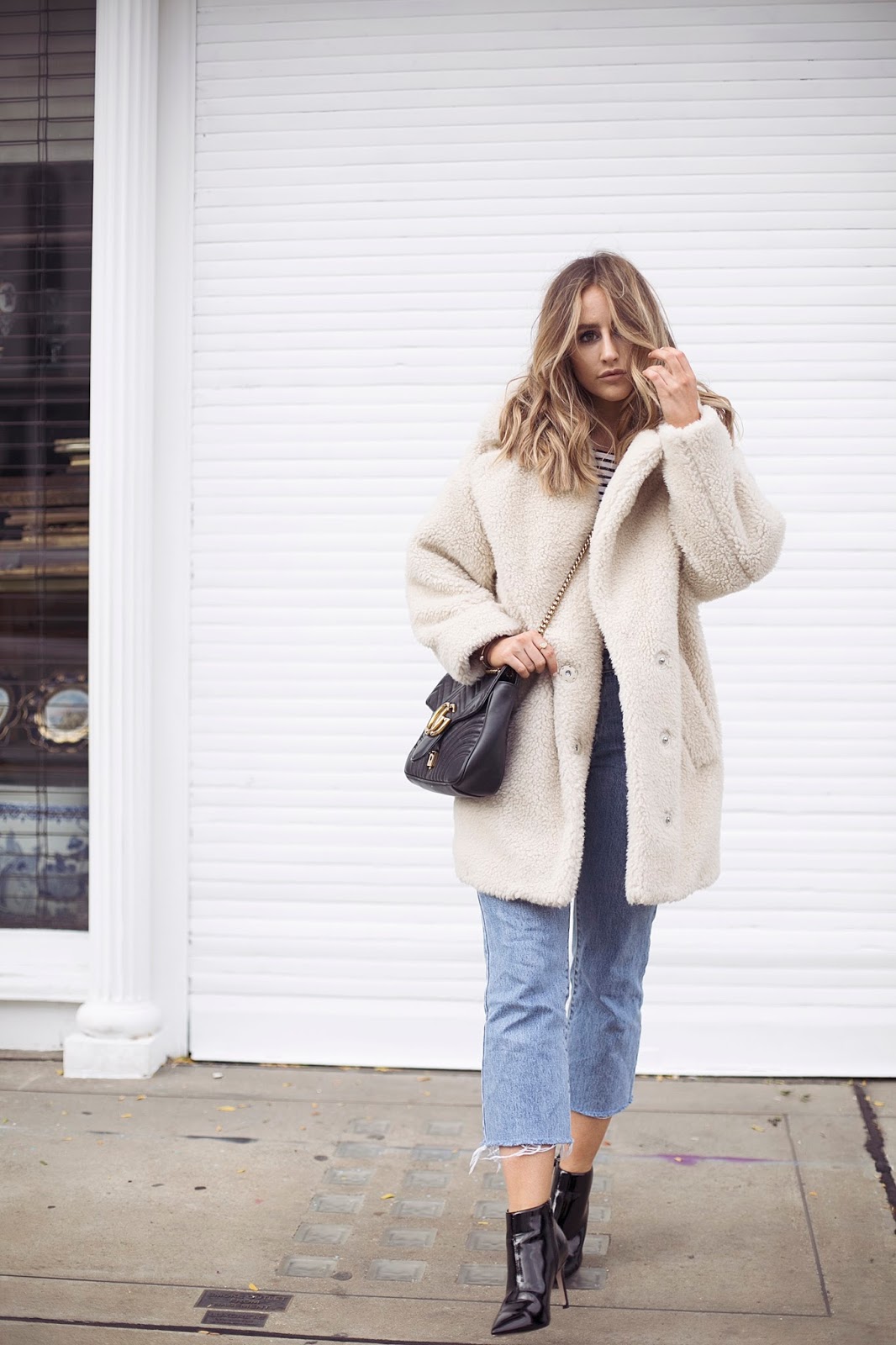 I’ll get real for a moment though. Of course this new-found adult life isn’t all post-work margaritas with your colleagues on payday and a sophisticated cheese and wine night on a Sunday, like pop-culture can so often make it seem. With an uncertain and somewhat terrifying future lying ahead – dismal job prospects and lack of job security, untouchable house prices, global political unrest (not to mention what’s happened on our front door over the past 18 months – Brexit and the general election, and across the pond with urgh, Trump) – much like a Primark end of season sale, I can see reasons why everyone is more than a little sceptical and reluctant to take a step forward into it.

But contrary to all of this, I absolutely love growing up. Since graduating from my first degree and moving to London, every single year my life has got better and better as I’ve become more and more responsible, got more clued up, and got more of my shit together.

Last month I moved into my own flat. By that I mean renting, of course! It is London, after all, and there is no bloody way I could afford to buy around here by myself (and would I even want to in this market? Ok I’ll save the rant on renting vs buying for another blog post…) Nothing feels more empowering than learning to do things for yourself – especially the adult things. I put up several bits of furniture totally solo (despite a few guys offering to help, nah babe I got this!) fixed a window (okay I had one phone call to my dad to help out a little bit), organised my bills, purchased a Dyson hoover, and spent money on actual nice interiors stuff from places other than IKEA. I actually have a DIY drawer! 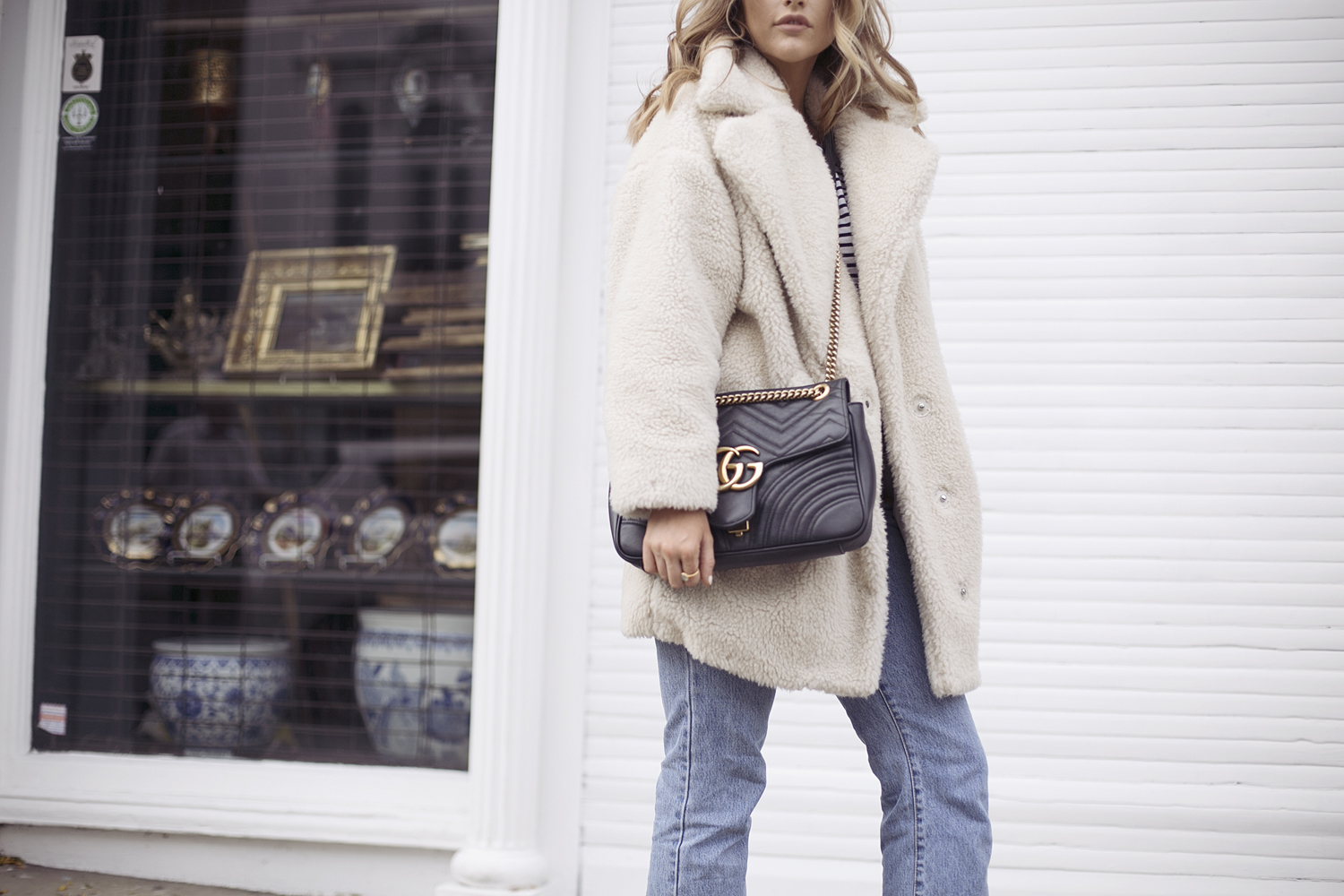 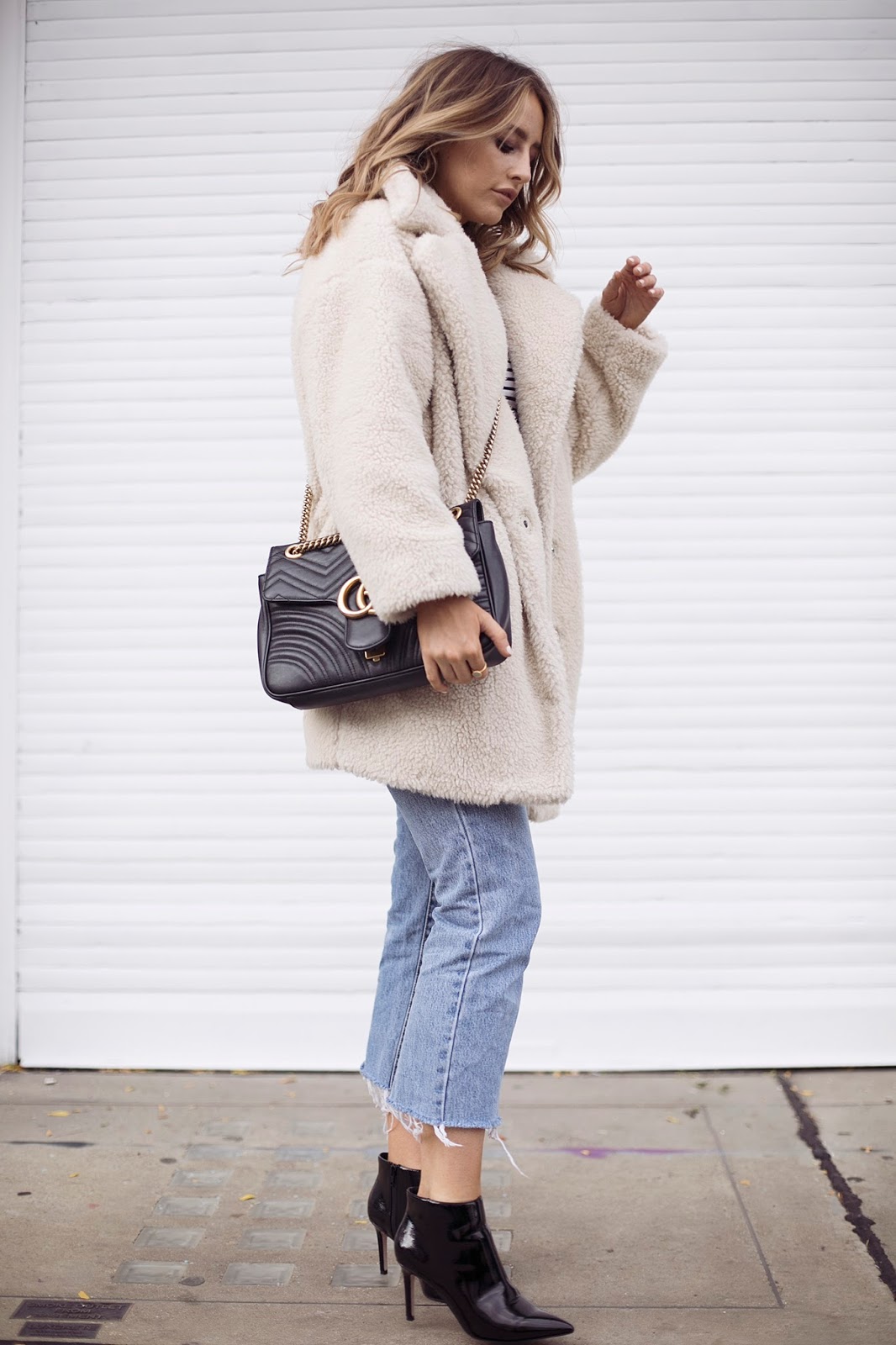 Moving in solo has taught me to do things for myself. I enjoy the new challenges that come my way because they’re so satisfying, and I took great offence when my dad absolutely insisted on coming down to help rewire the television for its new place in the lounge because I wanted to do it all by myself. I saw it as a new challenge, and the fact he had to come down and do it for me made me feel incompetent. All of this stuff feels liberating in the tiniest little way.

Perhaps this love of growing up has something to do with my upbringing. I love my parents, but I was totally over-protected and felt like I missed out on a lot growing up. Being an actual adult now means I can do what I want, when I want, without having to call my parents for help or permission. I couldn’t think of anything worse than clinging onto those younger years, and the dependency that came with it.

It’s not just about loving new-found responsibilities, however. I feel more confident, too. I’ve written before about my experiences being bullied, and how they affected me and my confidence, but as I’ve grown older I’ve become more self-assured. I’ve learnt from the workplace and from building my own business how to stand up for myself and get what I want professionally – yes, I still have so much to learn. My early twenties were a blur where I lacked all clarity and direction. It was like walking with a blindfold on, hoping whatever I was grasping at would take me in the right direction. Now, I feel like I’m there. I feel safe and happy – and the idea of growing and learning more excites me rather than scares, saddens or disillusions me. 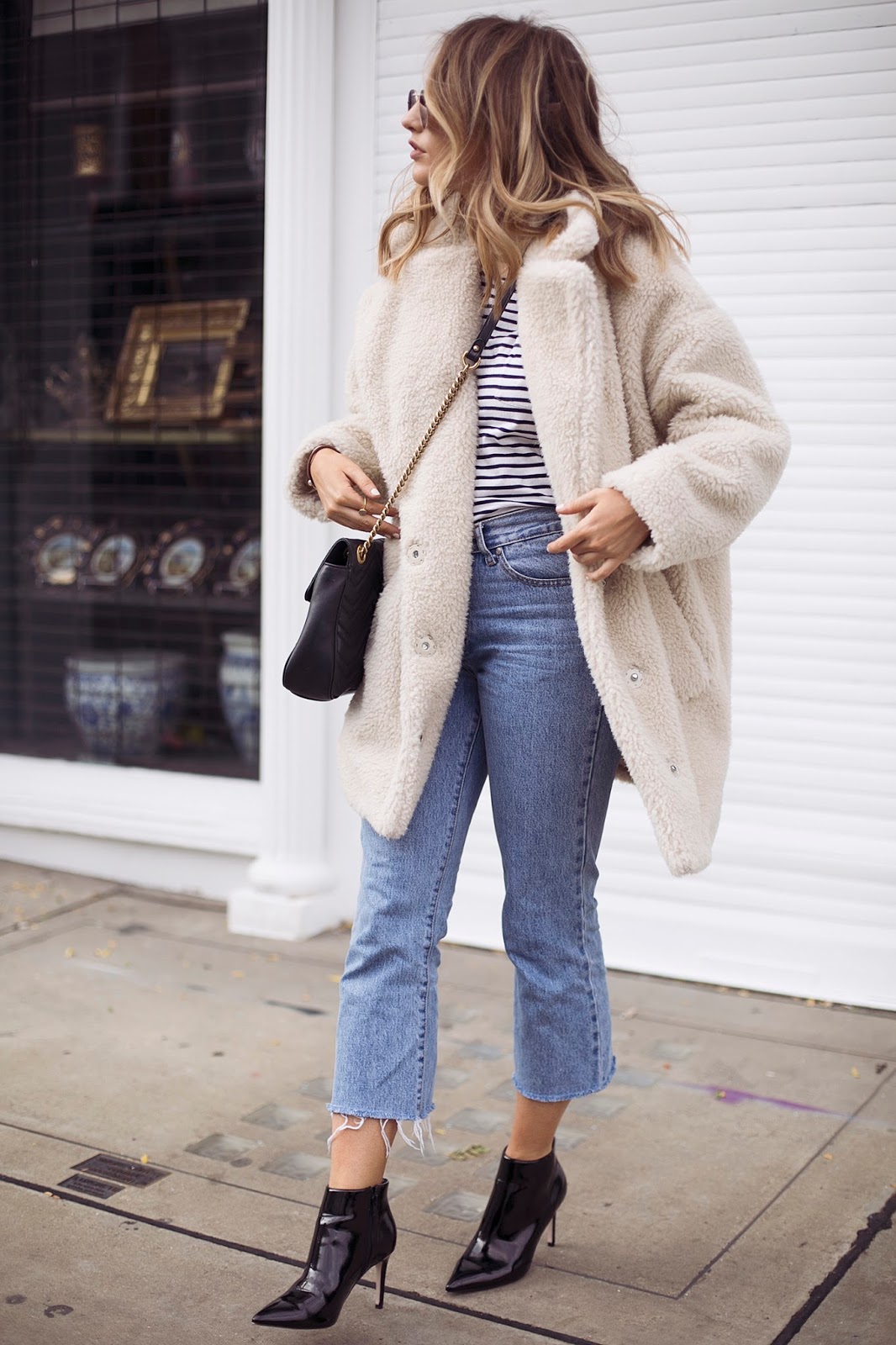 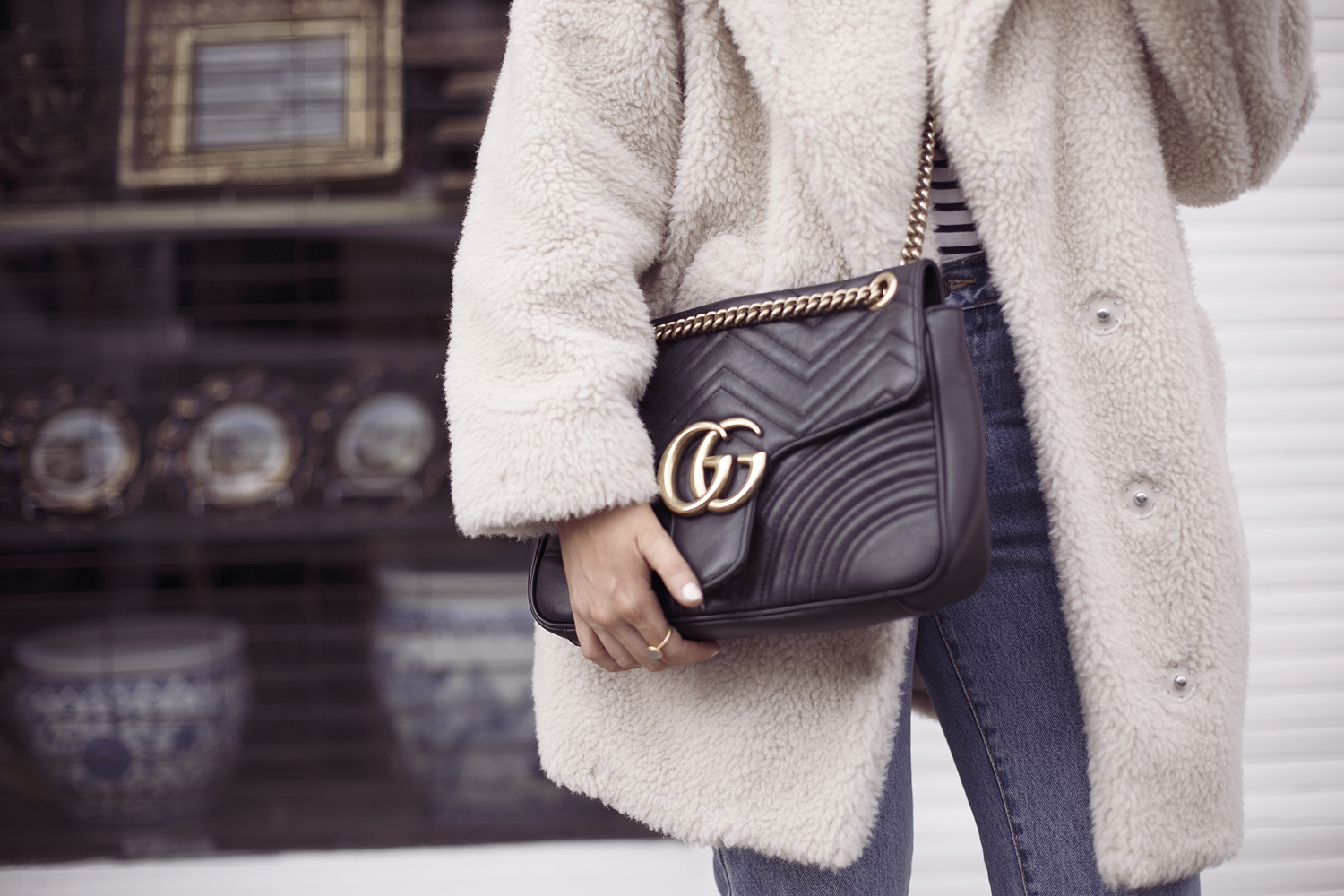 When I had a reunion with my home friends in July, we spent our time talking about how great life is – promotions at work, pay rises, ENGAGEMENTS! Someone actually wants to MARRY one of my friends?! – and it was so amazing to know we’re all doing so well. This conversation replaced the ones we had in our early twenties, talking about struggling to pay rent, our shitty junior roles at work, not knowing where life was taking us. Now look at us. I wouldn’t trade my years now to go back to how I was when I was 22, not for one second. In the past year I’ve even noticed that I refer to myself as an actual woman, rather than a girl, because the word girl just feels so infantilised.

Growing up is about being independent, coming in at 4am and making toast without pissing everyone else off, it’s about not having to answer to anyone else, you can binge-watch that Netflix series and you can assemble flat-pack furniture quicker than you can say 60 Second Makeover, you can pay all of your bills on time and still afford to buy that coat you’ve been lusting after from Topshop since last payday. It’s the liberating feeling of bringing a boy back to your house without your mother questioning his job, salary, and where he went to university. It’s knowing that if there was a zombie apocalypse, you’d probably survive at least 60 minutes into the film adaptation.

Getting older is not about saying goodbye to frivolous times: it doesn’t mean you can’t be silly. If anything, I still feel like I’m 19 a lot of the time, but with all of the extra added benefits of being a grown up – financial security, freedom, and much better eyebrows. There is no line that you cross between being a fun young adult and a boring grown up. It’s all perception – and you can be grown up and still have fun which doesn’t involve libraries or car boot sales and 8pm bedtimes each night. 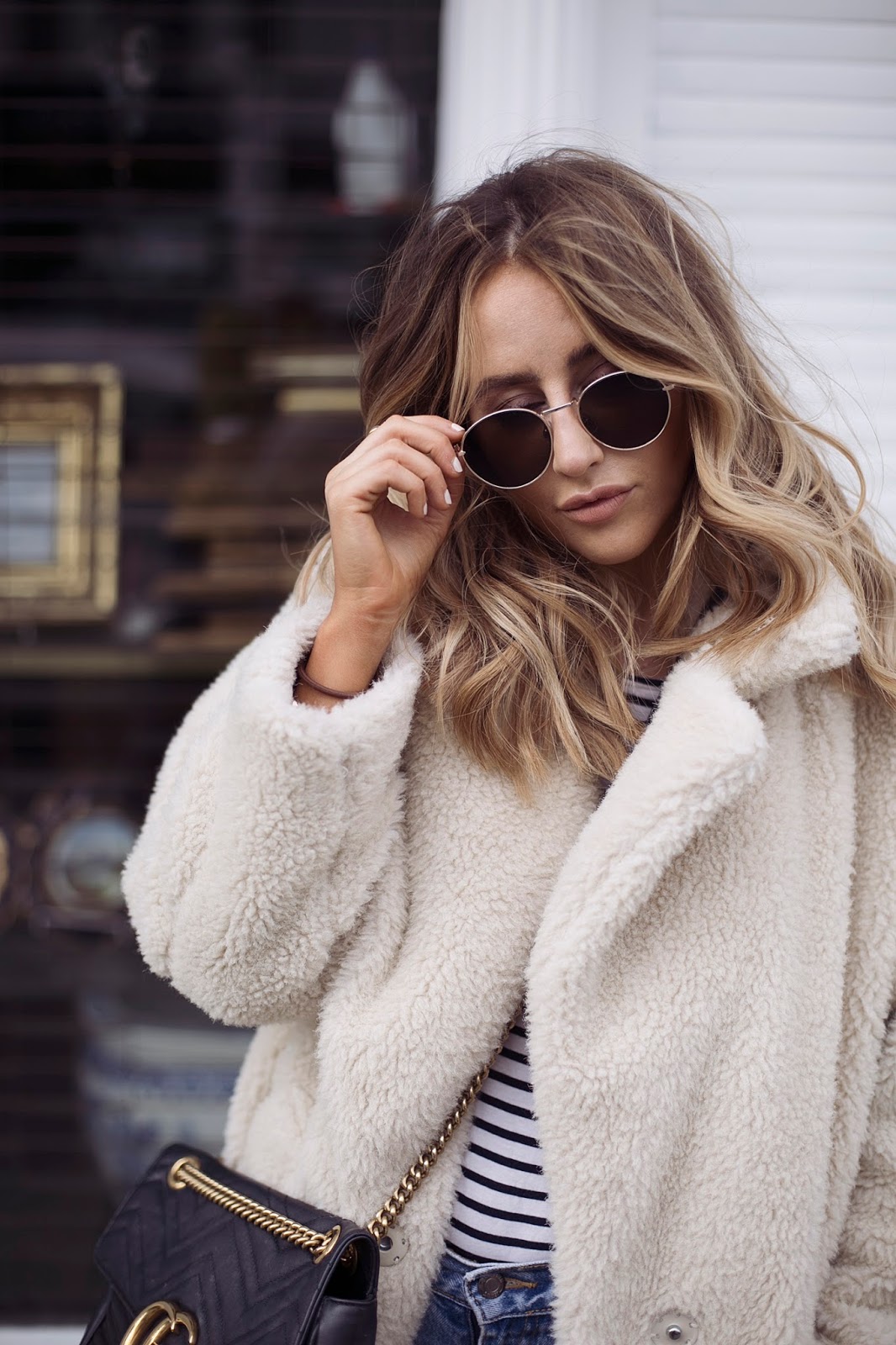 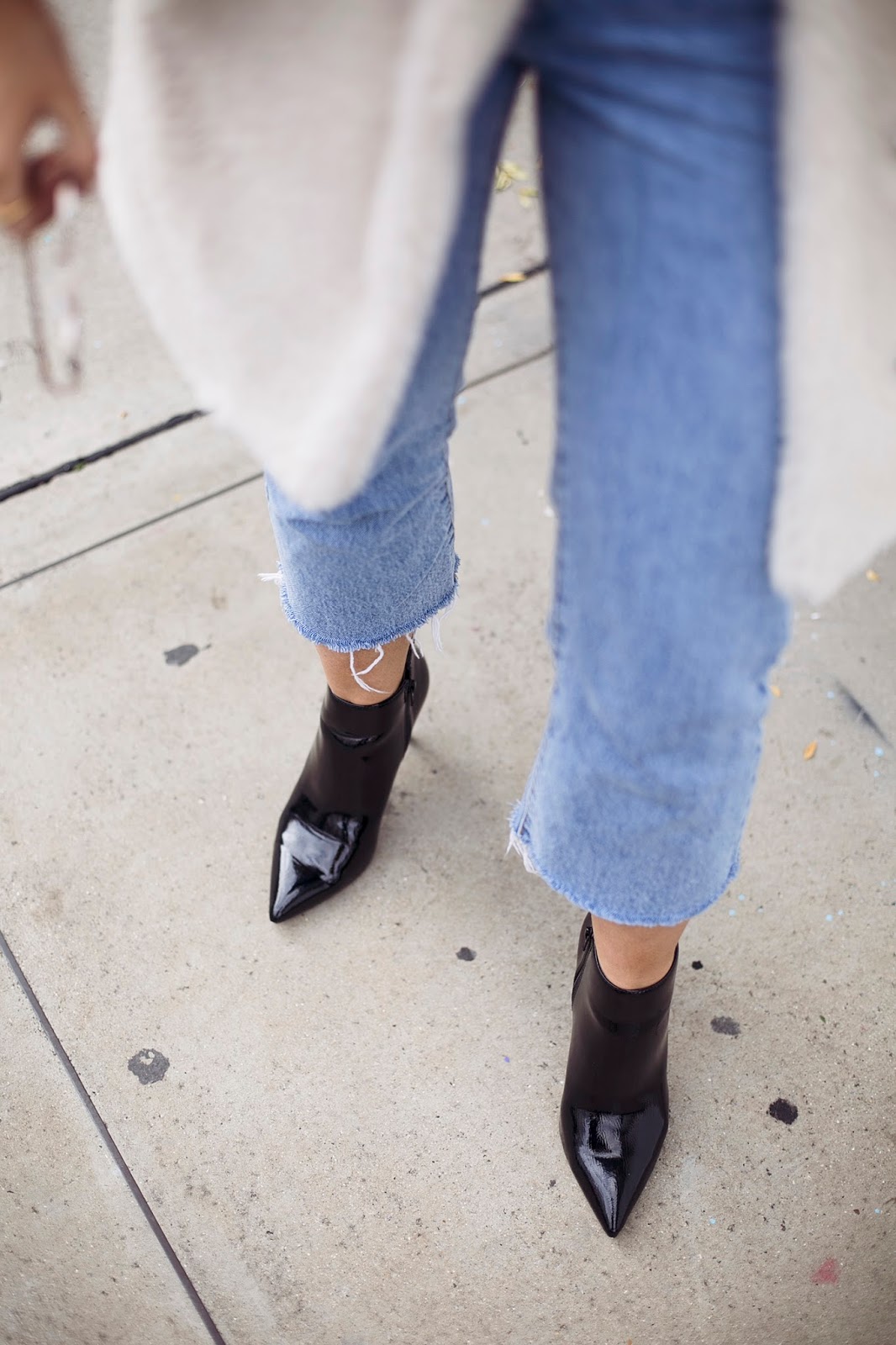 If you needed any proof then this is just about it:
The first weekend I moved into my flat – the weekend before my 26th birthday – all solo and self-sufficient, having essentially moved everything almost by myself. I felt like an actual proper grown up. On the Saturday, I had a crazy night out, woke up and in a hungover state, I accidentally ordered 2 pizzas.

I essentially became both parts of that meme – minus the marriage and the owning the house – but almost. There’s nothing wrong with growing up. Not right now, anyway.

Hello stranger(s). It’s been a hot minute! Well, try months… But I’m back. Again. How many times have I said that before? Countless, probably. But…

(it doesn’t involve egg not lattes, unfortunately)  Festive season is upon us! It’s still not technically December just yet, but, the Christmas lights are all…

Every time someone tells me “you should wear less makeup”, or I see a post telling me to ditch the cosmetics to embrace my “true…

Who, who you ask, is summer Sophie? Why is she different to normal Sophie? Are there other seasonal Sophie’s? And why are we saying goodbye…