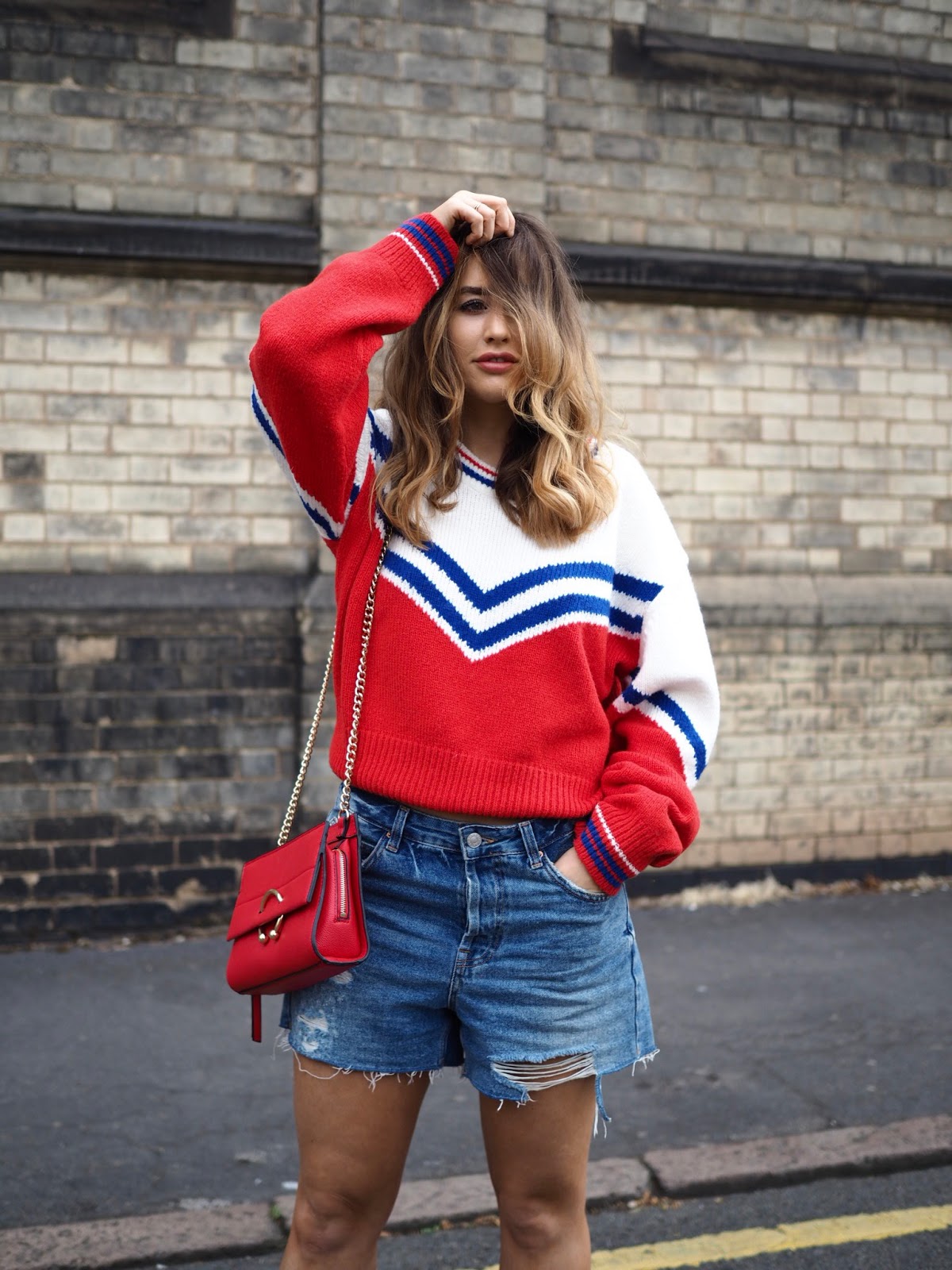 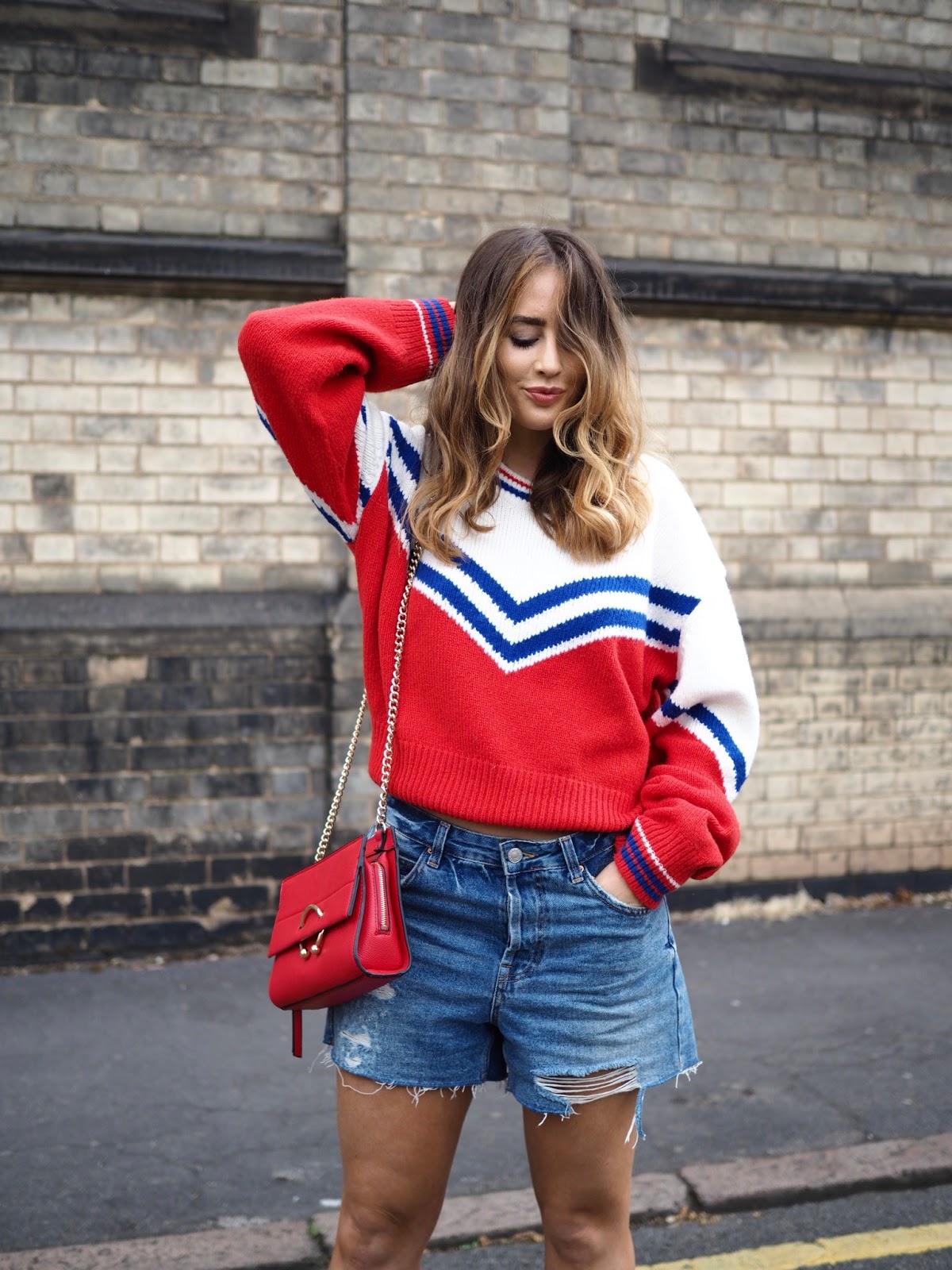 Is it cliche to start this post saying how funny it is that it’s only when things are going so so so perfectly well that it all comes crashing down? Probably – but I don’t care, because it couldn’t be more true. In fact, if there’s one saying that could sum up my twenties, it’s just that. It feels like I’m just living this on repeat, caught in a perennial yo-yo cycle of ups and down, over and over until I guess you hit 30, where I’d like to say it evens out, but if my 30+ pals are anything to go by, I’m not sure this ever happens either.

But truthfully, life has been a total shit fest lately. And no matter how much gloss I put out on here about jewellery and bags and other things that feel utterly pointless in light of the current state of the world, it can’t take away from the fact that the cracks have been starting to show. It feels like I’m having that elusive quarter life crisis, but not via a reawakening from waking up next to a kebab and a missing phone/purse/fave MAC lipstick, but from something else totally different.

You can only pretend that everything is okay for so long before you get a little bit bored of pretending. And by bored of pretending, I mean sitting on the mattress of your floor of your messy bedroom/home office in last night’s clothes drinking a milkshake from last nights takeaway, praying that the sparkly star filter on the Insta story you just uploaded is enough to mask the reality of what your life actually is right now. I’m a firm believer that with many things in life, it helps to fake it until you make it. Apart from orgasms. Trust me girls, don’t ever fake them because it’ll come back and bite you in the ass and not in a sexy way but I will save that lesson for another time. But what happens when you can’t fake it any longer? All of the bullshitting yourself catches up with you and you realise that yeah, things aren’t okay.


So here it is: life has been shit lately. Probably emphasised more by the fact I fell from such a stratospheric height of happiness, and magnified even further because I’m constantly posting about my life like it’s running smoother than well-lubed thighs during a bout of chub rub. I mean, just look at these photos I’ve used to accompany this post! But truth is, I’m not going to upload a photo of me looking sad because well, aesthetics, and this was a very spur of the moment post so gotta dig into the archives and pick something out that I’ve not used on here before. 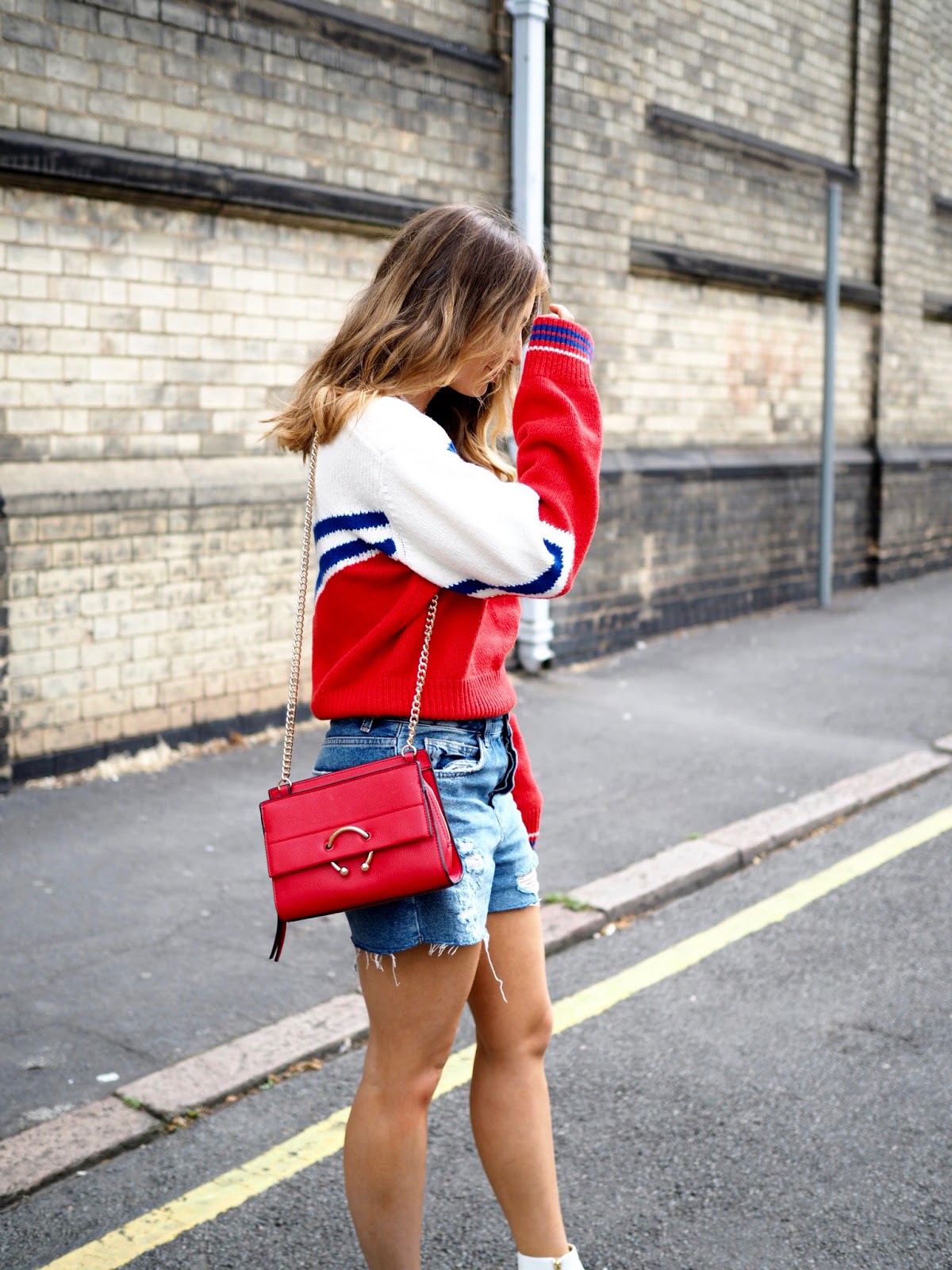 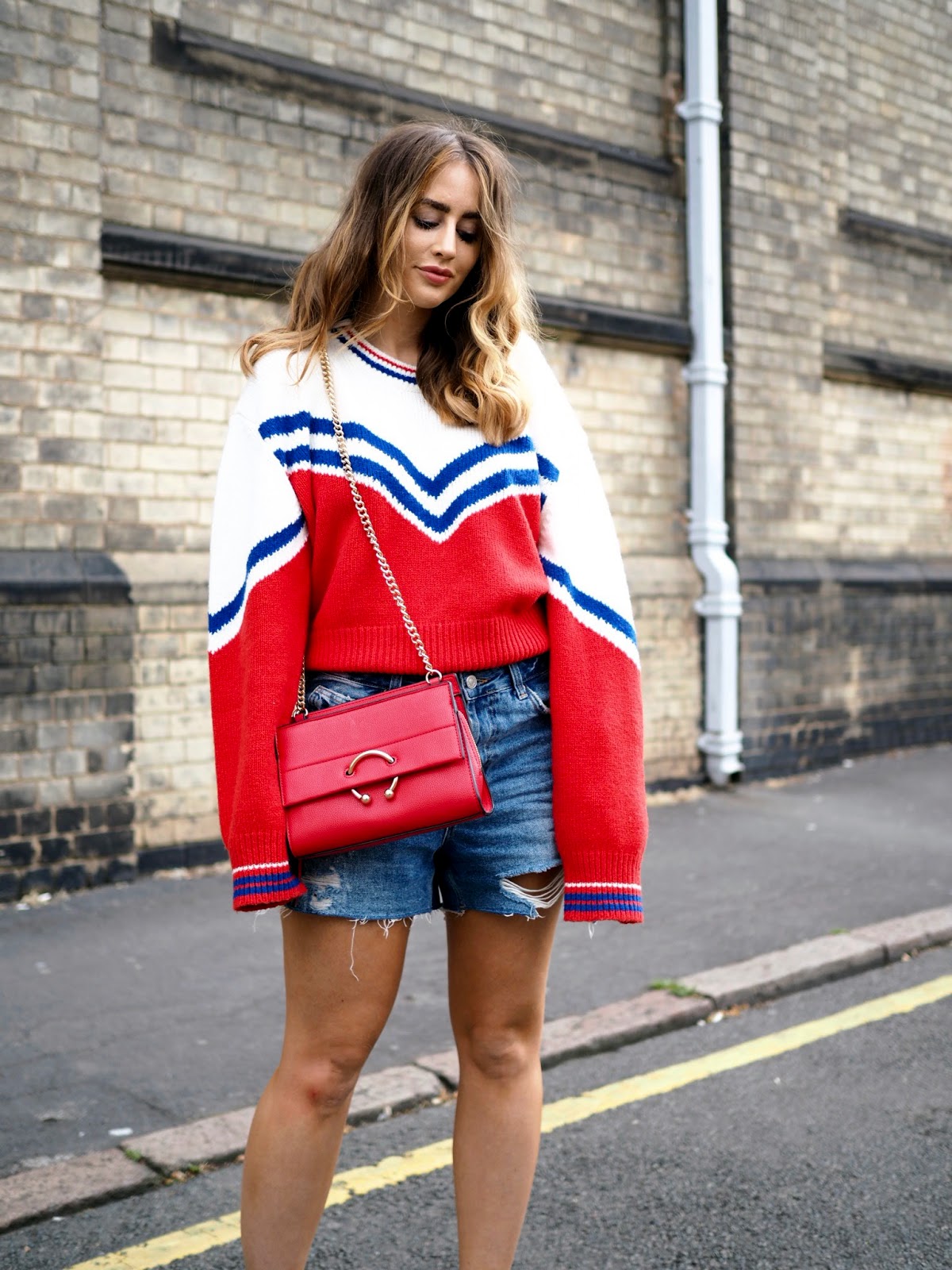 I’m not going to go into much detail on why it’s been so awful, because it’s not my place to say. But problems have unfolded in my personal life – the kind of sad, shitty things that you hear happen to a friend of friend, but PRAY to a god you don’t even believe in and touch wood, just in the hope that it won’t ever happen to you. But then it does. Suddenly everything changes – nothing is the same again because it can’t be. There’s worries in the back of your mind at all times. But then, at the same time, oddly, everything stays the same. Because everyone has to try and be normal and move on and the world keeps on turning, and you have to turn with it.

Yeah, life was pretty sweet a few months back. After taking Fashion Slave full time in February, making more effort with YouTube, I finally felt like I had my shit together for someone in their mid twenties. For the first time I felt like my life had direction and stability (which is odd, considering blogging is a notoriously unstable job.) Rewind 18 months ago and I thought nothing would ever fall into place. I was low, so low, and had the worst self-worth and self-esteem imaginable. I felt like a fucking failure 99.99% of the time. I was your standard overqualified, underpaid millennial, struggling to get a job with any career progression in the industry I’d done two damn degrees to try and help get me there. When I was 15, I was sure that by the time I was 25 I’d be settled down with a boyfriend, a bank full of cash, and a killer career, probably engaged and about to buy my first house with my other half. Whereas when I was 21-24, the reality became crystal clear that the only sure thing in my life is that I most definitely always want to pay £1 extra to go-large on my McDonalds. Duh.

I thought I was years off ever reaching a place I’d like to be in life – if I’d ever get there at all. But somehow I got it all on track – well, more like fell on a different track that worked far more in my favour –  and with a clear idea of exactly what I wanted from the future and exactly the direction I was going in. But then, of course, another curve ball gets thrown so hard it knocks you right back and makes you question everything and realise you might have to replan and reschedule your whole life. And it’s hard. Stability is a fucking hard thing to find in your twenties and when you think you’ve grasped it by the balls it trips you back up shouting HA HA HA ONLY JOKING BYE. And steals your glasses so you can’t see anything clearly. And you’re stuck on the floor thinking what the fuck is happening what do I do how I get up what way do I go.
And so I am on the floor. Having not a clue what to do, which direction to take, or how to get up. And I think we all go through this, at some point. Everything gets so overwhelming you can’t function properly. You forget to eat. You can’t sleep properly because your brain is always switched on (but switched on to what?) Small decisions become impossibly hard to make and you’re contemplating texting your mum to ask what colour underwear you should wear because it’s too much to even process yourself.

It’s as though a hazy window separates you from reality – stopping you from engaging fully with the real world. Eyes become glazed and your spark… well.. it fizzles out. It’s all too easy to neglect yourself. Everything was all stable and you felt truly #blessed, but this gilded path that was once laid before you has now been pulled away, and you’re walking into a pitch black tunnel with no iPhone torch app to help light the way. You have no idea what’s coming, what’ll happen, and it’s a head fuck.

But girl gotta cope. I’m not the type of person to let this stuff defeat me. It’s the summer, after all, and I’m still young. So I’m saying a huge fuck you to the unknown and setting off to deal with it the best way that I can.
Make A Goal
#GOALS #GOALS #GOALS – we all have them. I have a list as long as my arm! But when there’s too many it feels like far too much pressure, and they all become somewhat unattainable. So pick one thing, one attainable thing, and put your focus on that. Whether it’s clearing out your wardrobe, or running a 5 or 10k, or going to a yoga class each week, selling some things on eBay, finishing that book, or even Instagramming/blogging consistently that week. Maybe it’s sleeping better. Or eating more, to get your energy back up. But pick one thing and focus on that, purely, and reprioritise everything else.
See your friends
I’m not going to pretend that working for yourself full time isn’t lonely, because it is. Granted, I’ll meet blogging pals every week, my regular photographers, and PR’s and brands for breakfasts and coffees – so I’m always seeing people – but it’s only really ever catch ups or meet ups with standard conversations with people I don’t actually know very well, rather than quality conversations that you have with your friends that really know you. Pencil some time in the diary to see your friends – no matter how hard that may be. Friends legit are the cheapest therapy you’ll find.

Focus on yourself
To quote my mum, once again, “you come into this world alone, and you go out of this world alone” – so you HAVE to put yourself first. She reminds me of this constantly, and she’s right, of course, and mothers have that annoying habit of always being right. So put yourself first and do what is right for you. And to further back this notion up, I’m going to drop a YOLO on you (thanks, Drake) because you do only live once, and it is your life. Do what’s best for you, and don’t look back.
And remember to focus on the good.
Jeeeesus. I focus on the bad a lot right now, but an easy way to pull me from this slump is to think of the good. And there is so so much of it. So write down a list of all of the positives in your life. If this continuously fails to make you feel any happier though, or worse, if you can’t even bring yourself to put the positives on paper at all, don’t feel afraid to go and ask for professional help or chat to someone.
Previous Post: « It’s The Little Things That Count, with JewelStreet
Next Post: The Expiry Date #ChangeYourDestiny »