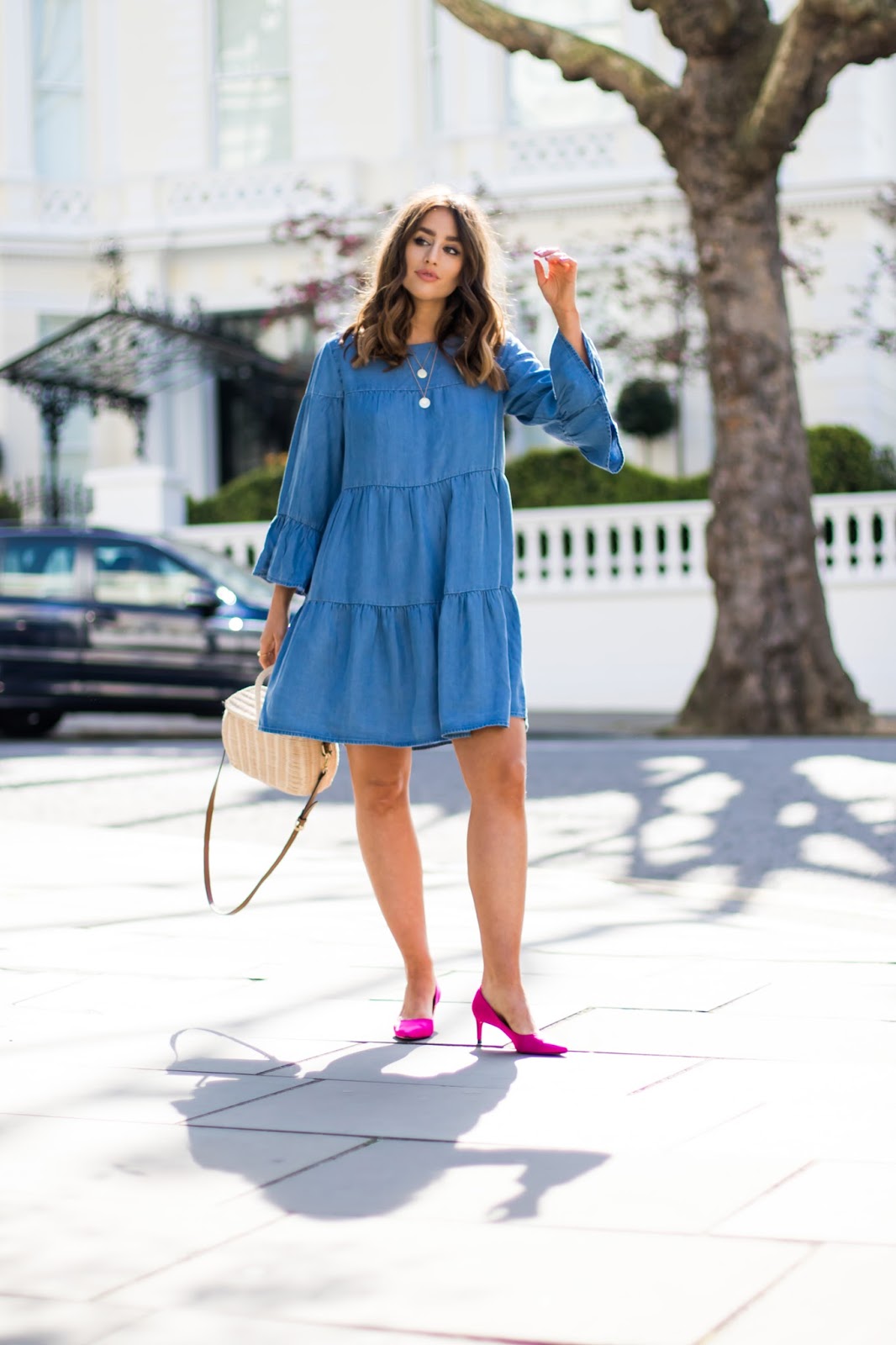 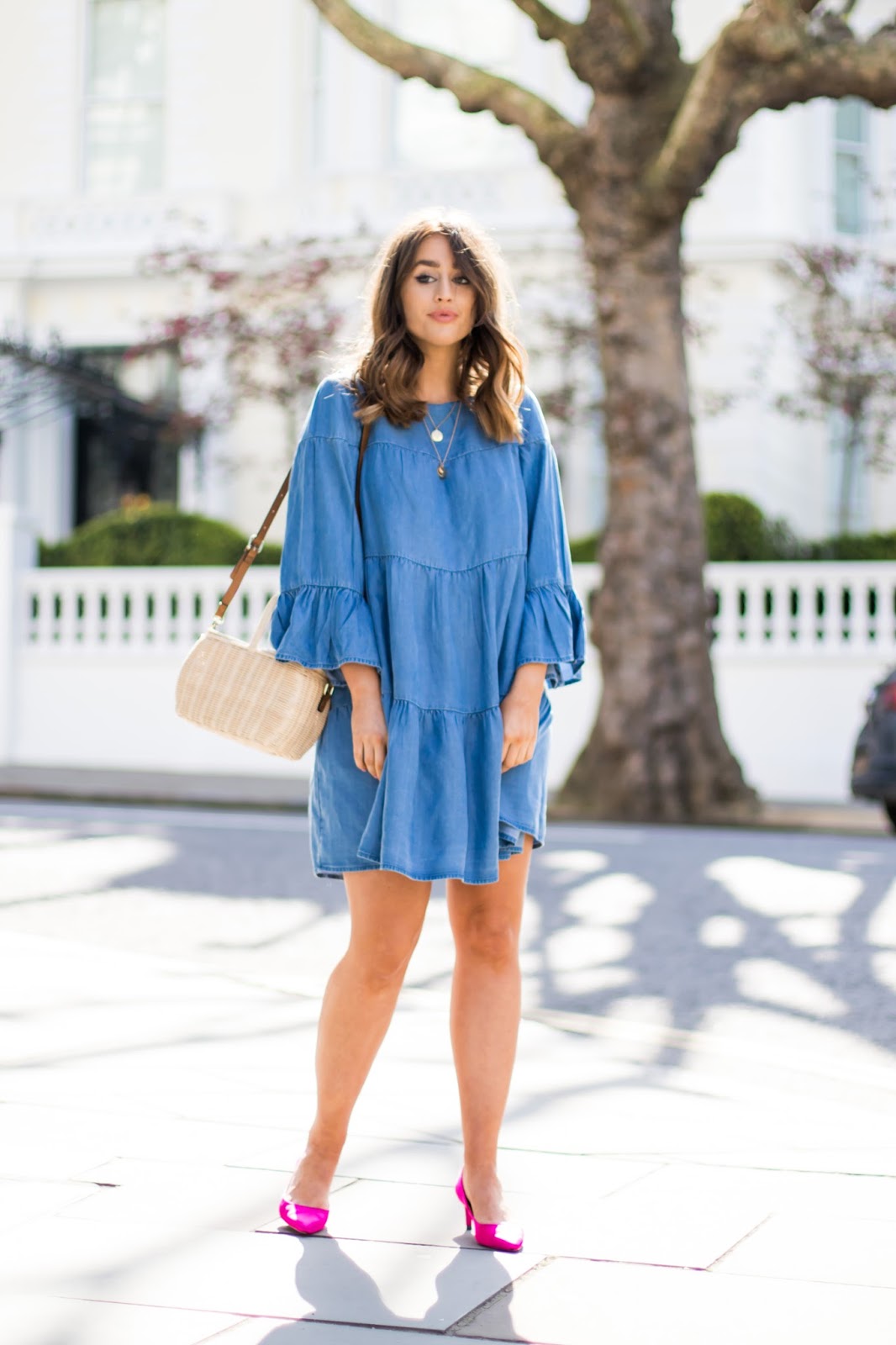 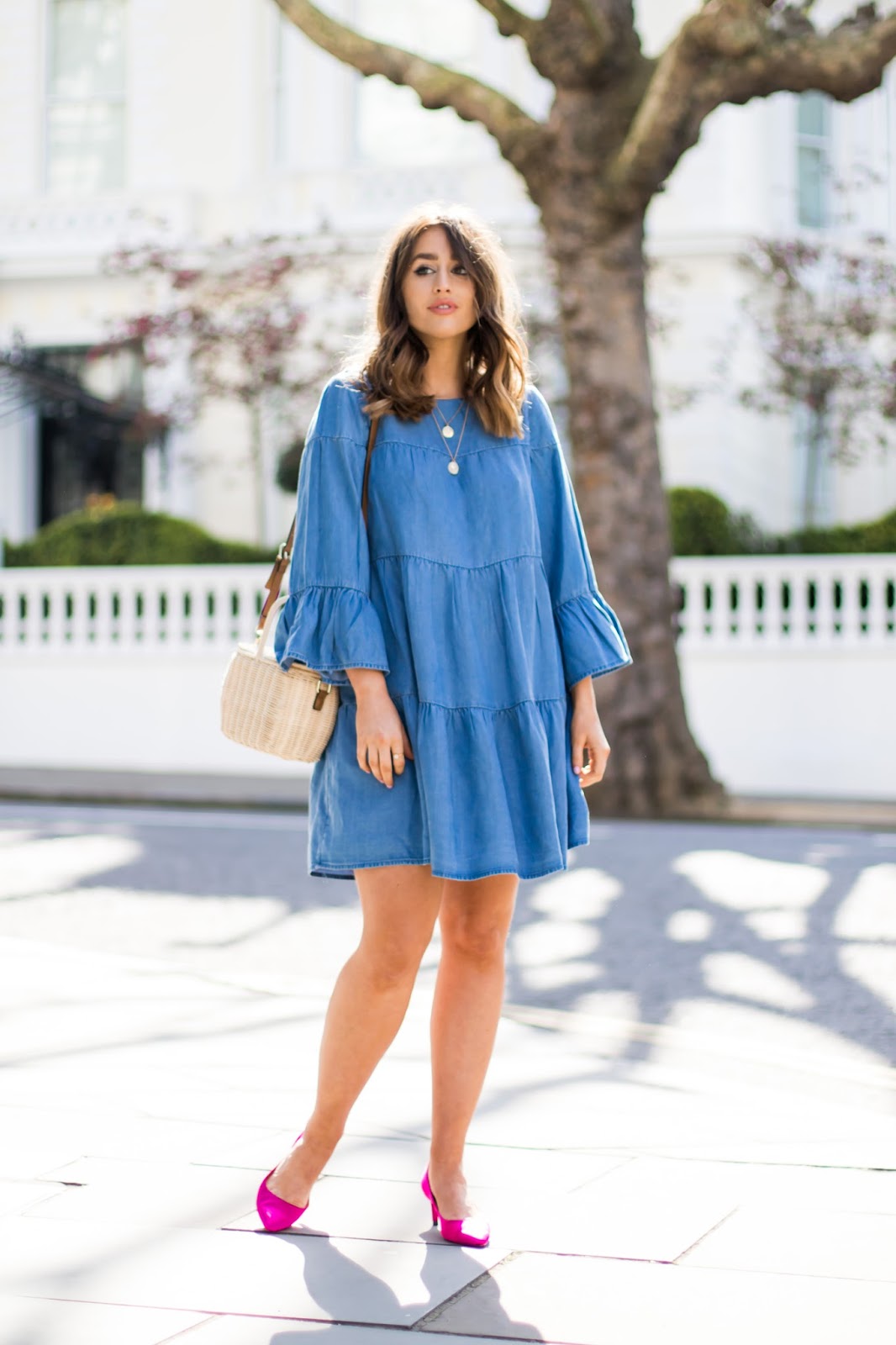 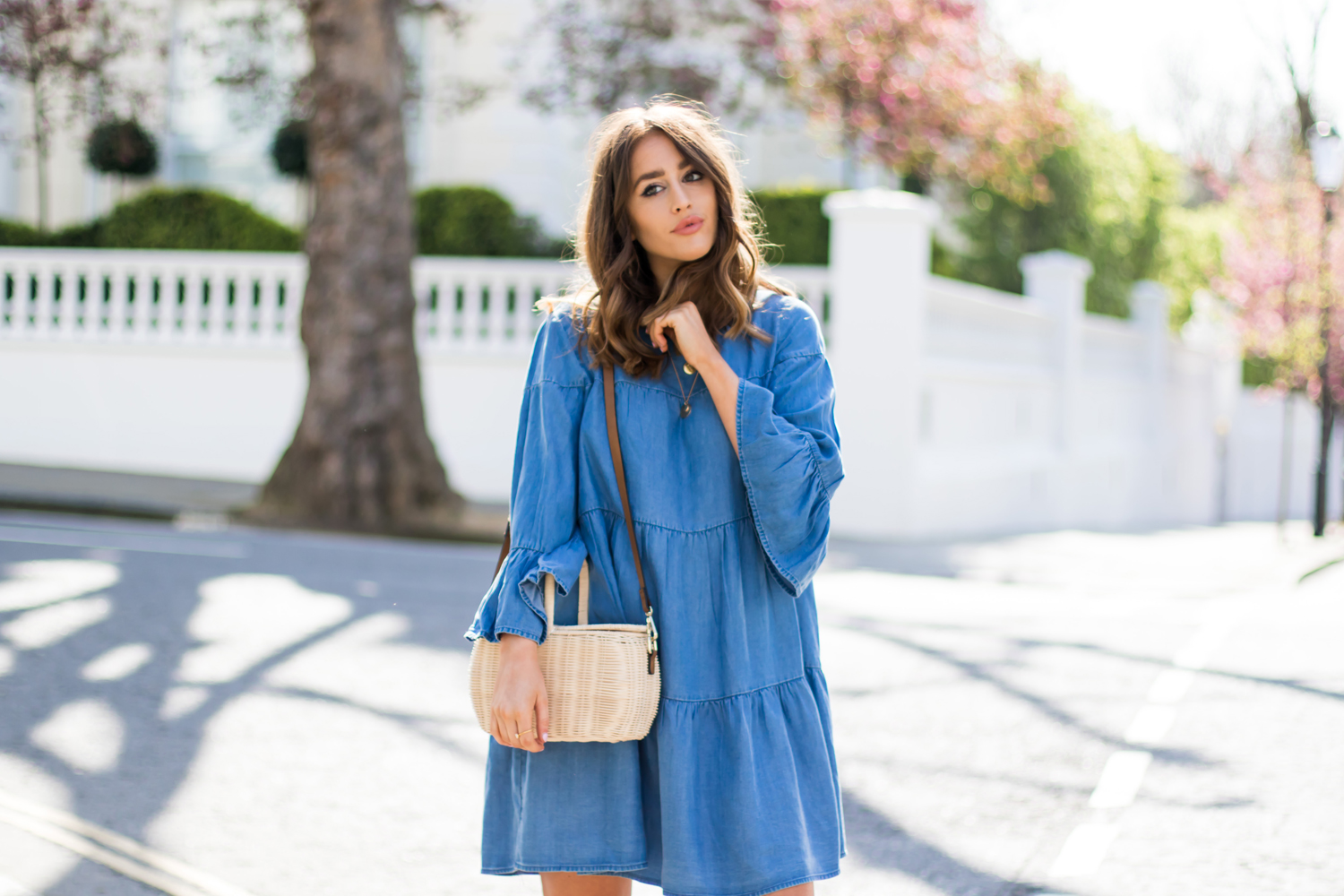 It was my first day of secondary school when I looked in the mirror and thought “that thing on my face isn’t right.” Not only was I going through the awful ordeal that was moving to ‘big’ school, knowing only 2 other kids out of 300+, but I had a couple of weird marks on my face. Diagnosis: Chicken Pox. Damn, why the hell did I not contract it as a child like most normal people? Why did I have to get it as a 12-going-on-13 year old, and have it a million times worse because of it? I had to take two weeks off school to deal with a horrific bout of pocks, so when I eventually went back my face was covered in more holes than a giant wheel of Emmental and I had the self-esteem of a fake, worn-in Ugg boot you found lurking in your wardrobe from 2004.

A kid on the school bus bullied me so extensively that my ‘morning routine’ was very different to the glossy stuff you see on YouTube (think extensive worrying, panic, dragging my feet) . A girl  came over to invite my best friend to her party, looked at me straight in the eye and said “but you’re not invited.” A girl in my form class laughed at me in the queue for dinner, and when I asked her why, she said “because you’re SO ugly.” And honestly, thinking back to that comment all those years ago, it cuts just as much now as it did then. How the hell do you even react to someone saying that you’re so ugly? Especially as a nervous pre-teen, wanting to just blend in, but finding it impossible with around 30 pock holes in your complexion that may as well have just been a sign that said LOSER on it. I just held back the tears and stared at the floor holding my dinner tray. But I wasn’t hungry anymore.

I was shy as fuck, nervous, miserable, with the confidence of a split condom (not that I even knew what one of them was back then, probably). Oh and to throw in all the fresh teen hormones, it was basically catastrophe. When people actually did invite me to parties, I’d sit outside in my mum’s car, struggling to swallow to try and hold back vomit because I was too nervous to go inside. Eventually I’d beg my mum to drive me home – I just couldn’t do it – then feel the burning sense of shame and jealousy when everyone would debrief the gossip in registration the next day.

Fast forward 12 more years and it’s a totally different story. I’m incredibly confident, happy, I can go to parties or events totally by myself, and I’m far more likely to be sick after the party than before, if you know what I mean… and I actually post about my life on the internet for a living, rather than shy away back home and only read about others. I’ll start conversations with strangers at parties – even pre-prosecco. You have to have a certain level of confidence for that. And if we’ve ever met IRL, you’ll probably know that I’m a ridiculously chirpy, friendly, and chatty individual. 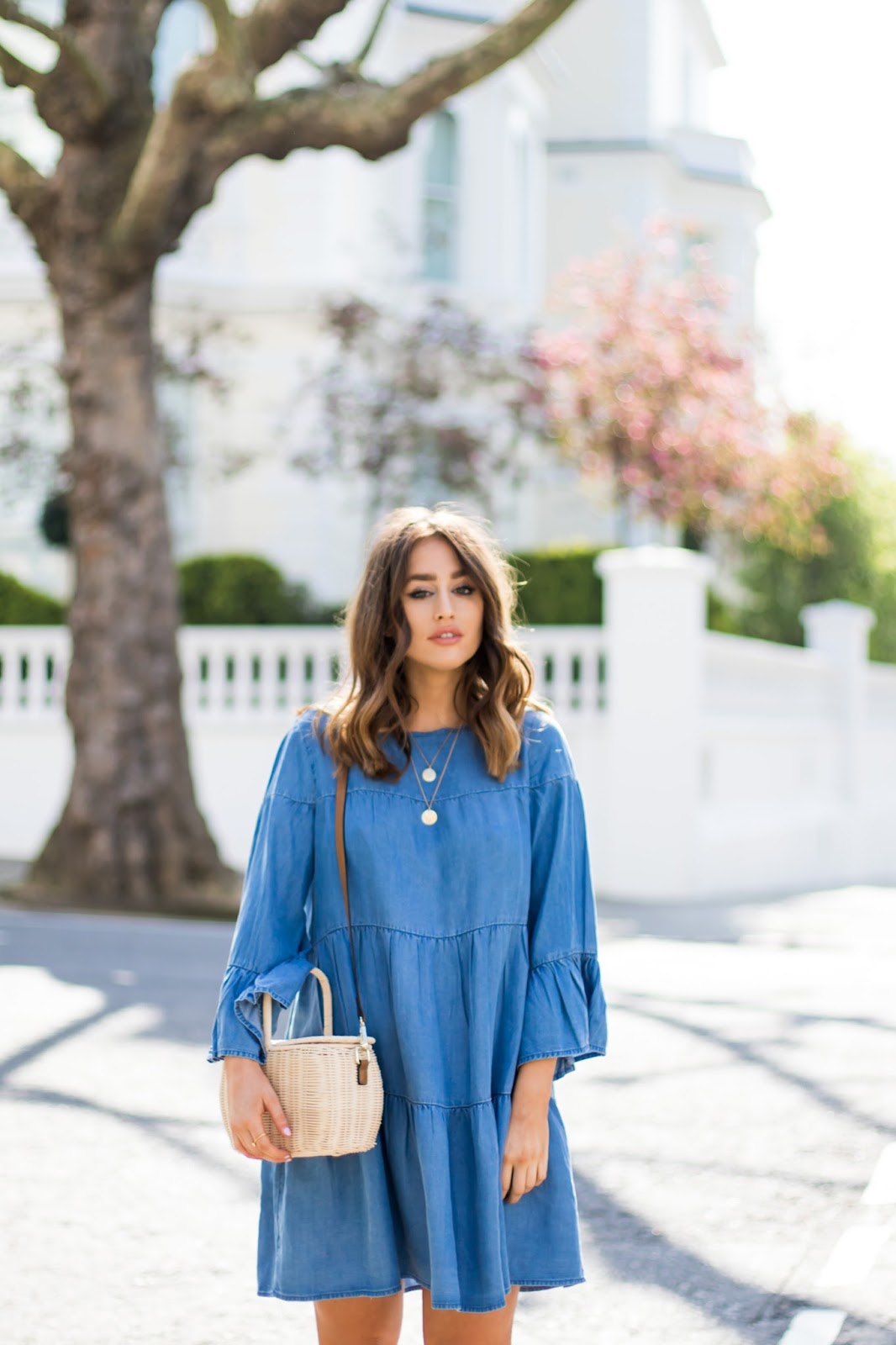 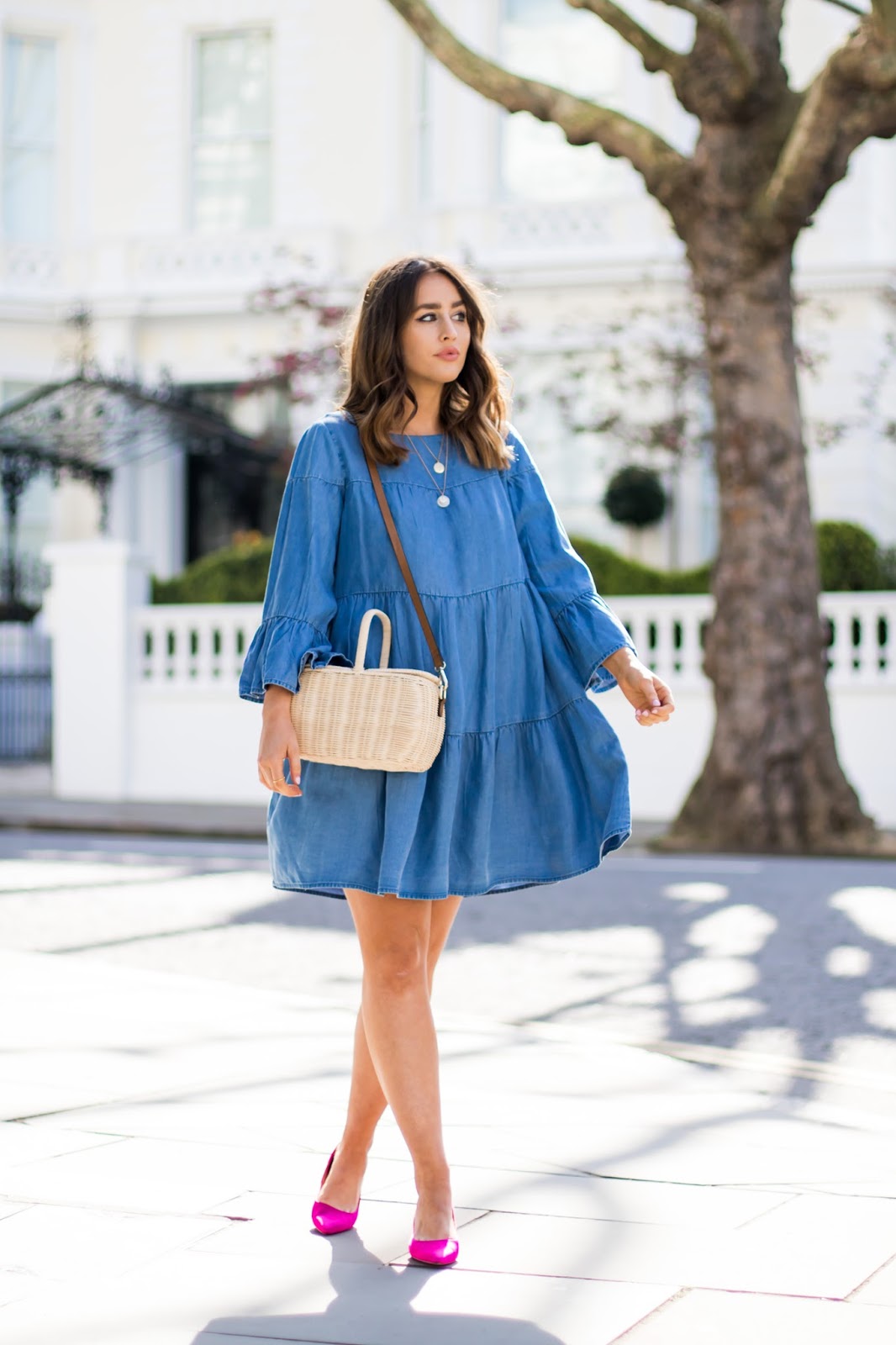 Gaining confidence took time. It’s something that sadly, I think only really ever develops with age and as you grow as a person, learn to not take things to heart (which is always so much harder than when people just say that), and it does give you thicker skin. But I do remember a switch sort of flicking in my head where I thought I had to stand up for myself more. So I just kind of did. I started taking things less personally and started giving sarcastic, sassy comebacks whenever someone said something slightly offensive. It was banter. People found it funny. People found me funny. It was a long, slow and painful uphill journey – felt like worn in 5-inch heels – learning to be a more confident, self-assured person. I was totally shitting myself on the inside of course, but nobody else knew that. When it came to confidence, you had to fake it until you make it.

But confidence isn’t like cement. You can’t just pave out all of your inadequacies and insecurities and have this smooth, rock solid veneer left. It’s more like porcelain. It may look perfect. But sometimes it’ll take a hit, and a crack will begin to show. Sometimes it’ll take a bigger hit, and it’ll smash. And you can try glue it back together and make it all fine – and sometimes, it is fine – but sometimes, some things will stay with you forever. 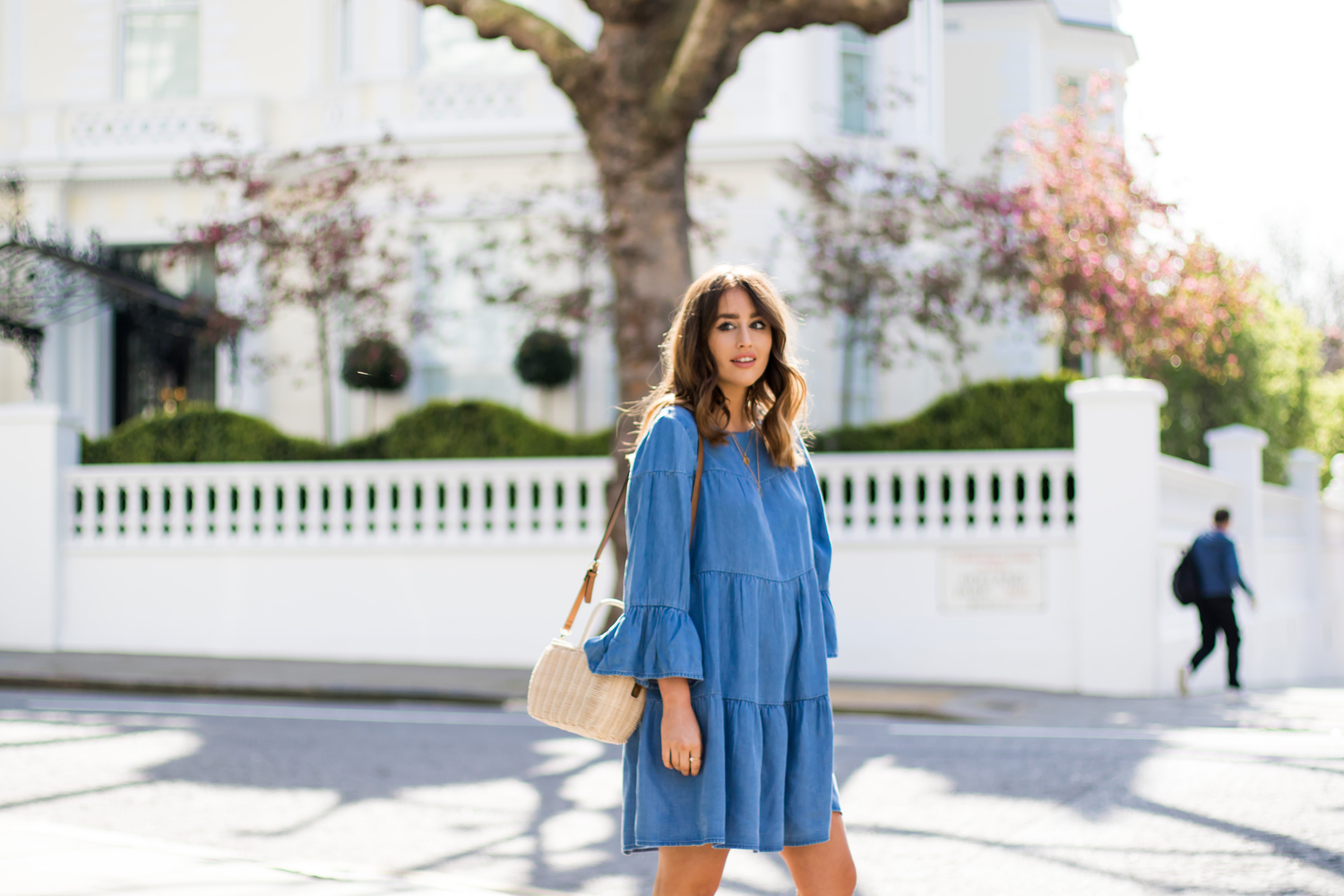 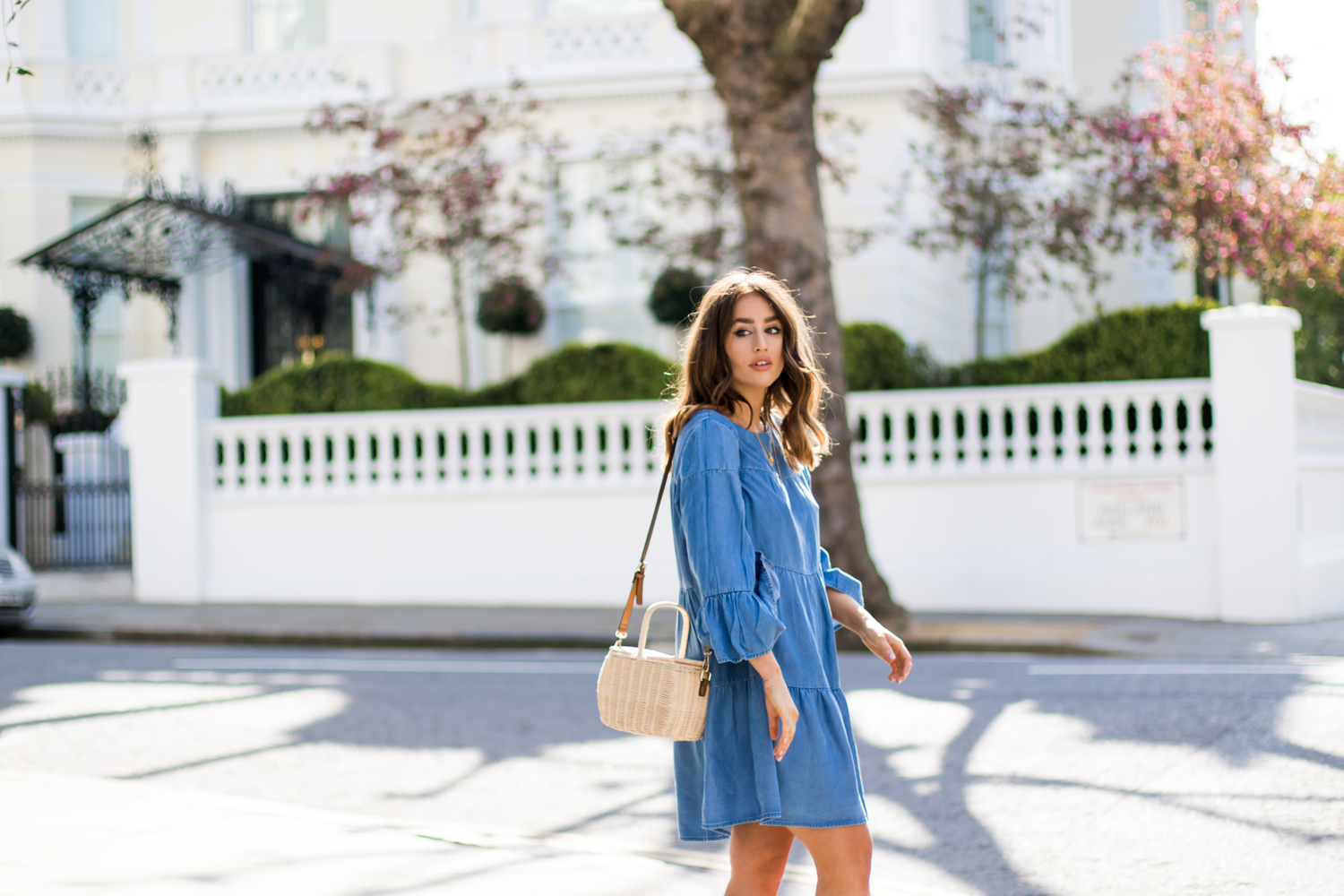 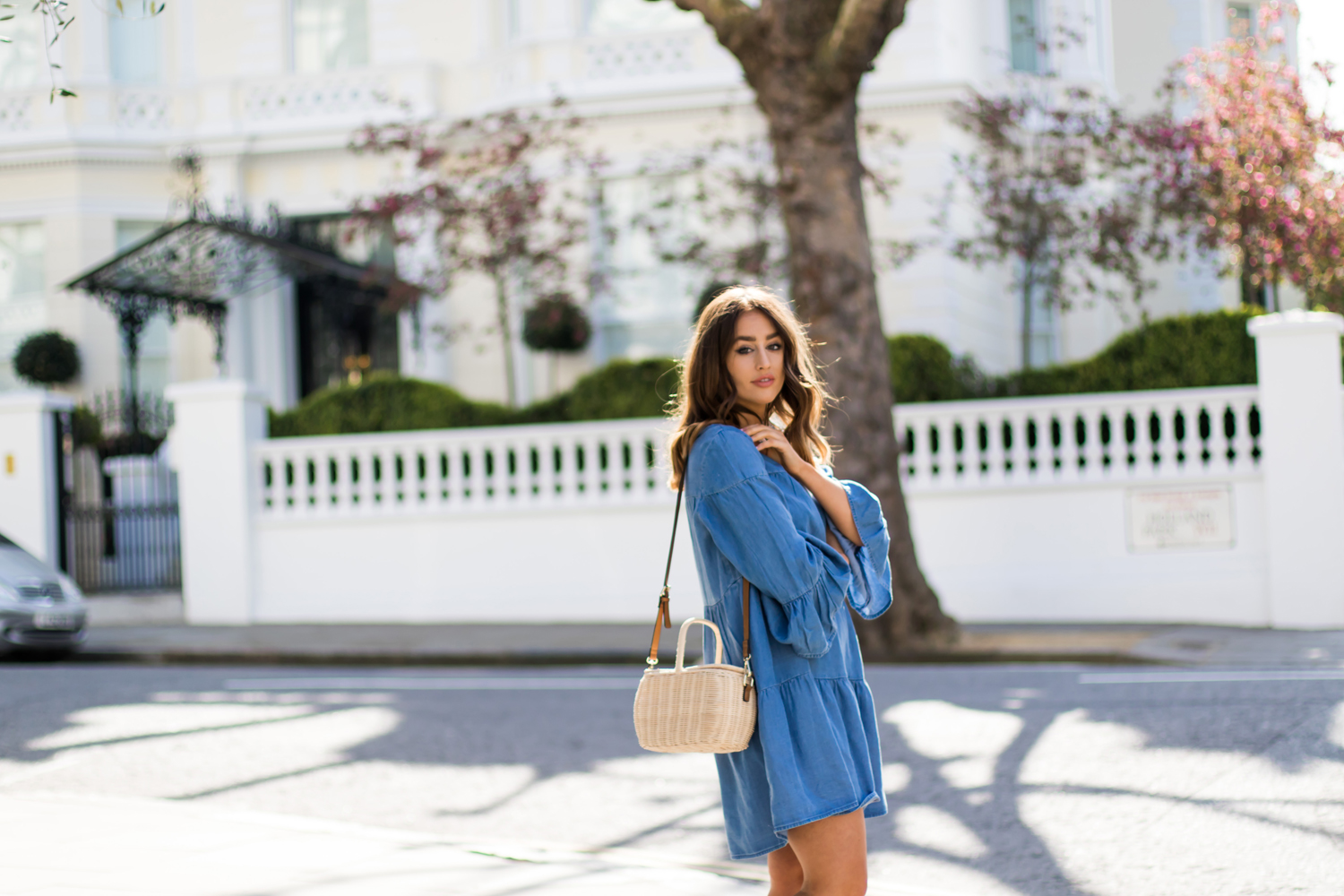 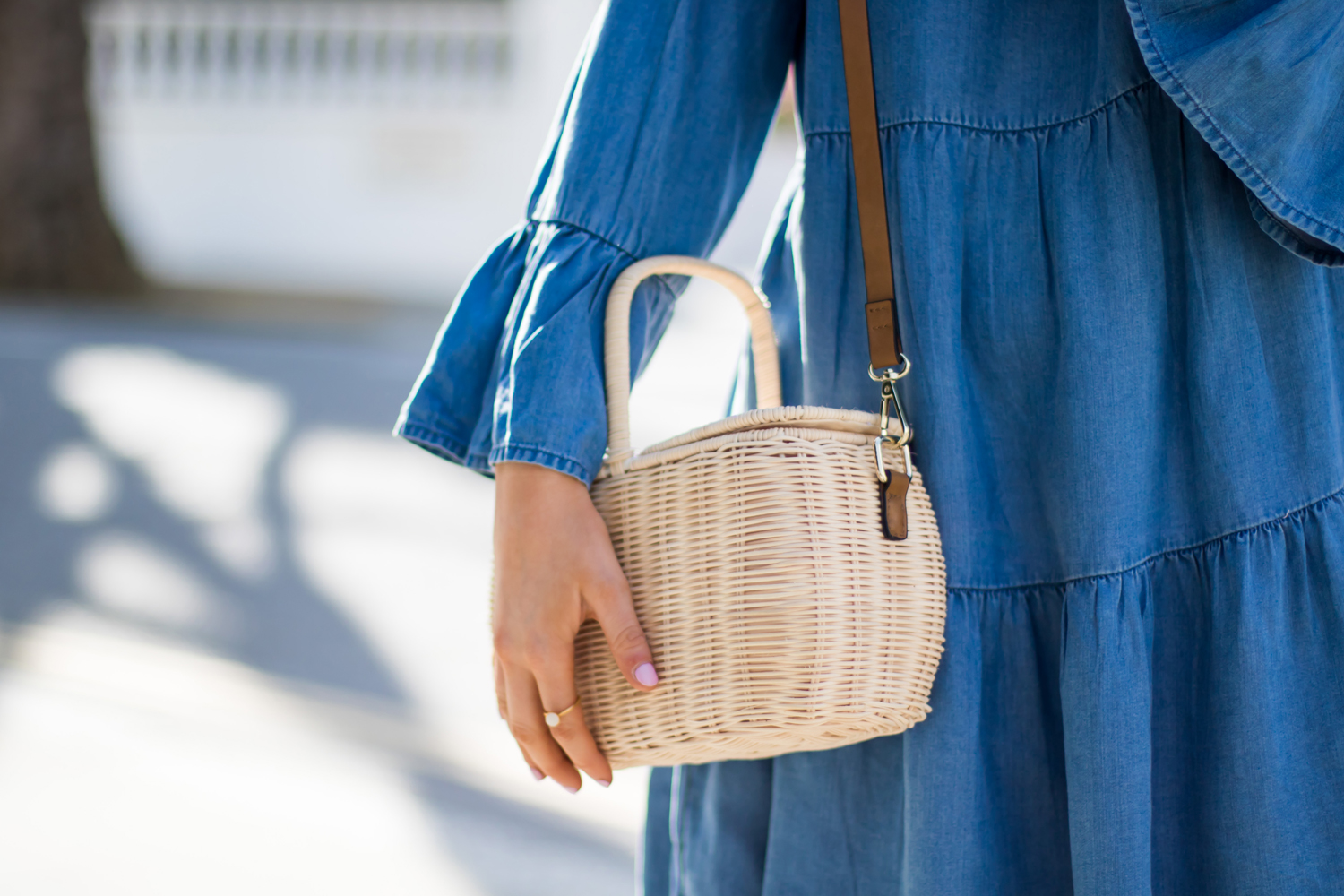 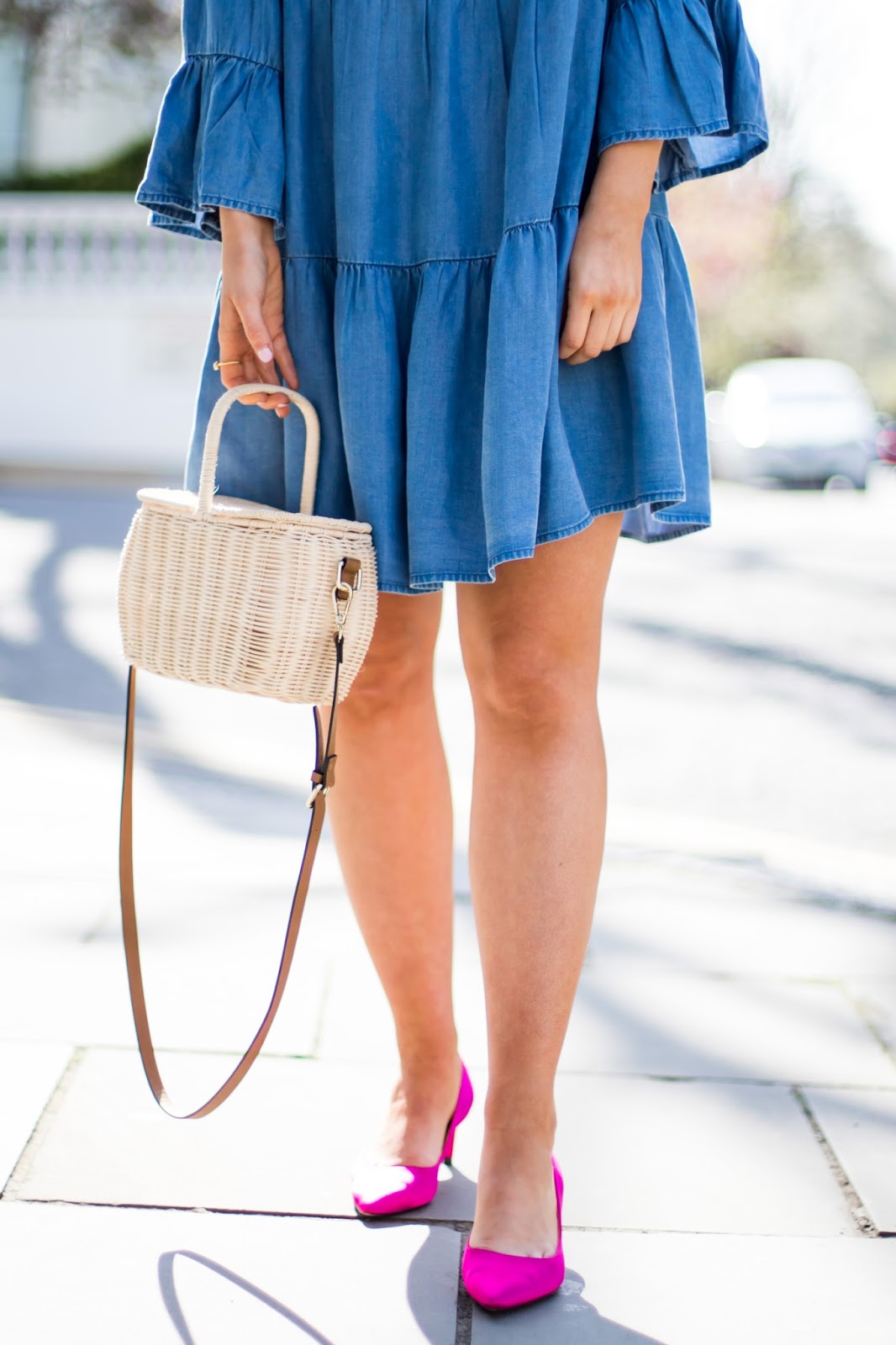 Even now I have my moments, where I’ll compare myself to others and lose my confidence, or receive a catty comment from someone I consider much cooler than myself. Or I’ll be at an event surrounded by incredibly talented women who are far more successful and popular than myself, who all know each other already, and once again I’m back to being that shy kid in the canteen feeling completely lost and out of place, with no voice, because my confidence is all gone and I don’t feel I fit in.

Trolls are just another form of cyber bullying, although instead of coming from the big nasty popular kid on the bus, swooping in on the nerdy shy girl, it comes from some mystery person hiding behind a keyboard with no profile picture or a fake profile (and that says enough about how happy they are with their lives…) trying to take down someone who already seems, through habit of posting online, that they’re a self-assured and confident person.

A couple of years ago I was out with a friend in one of them fancy members clubs in London – which of course I’m not a member of because remember I’m not cool enough – and we were meeting her very ‘cool’ It-Girl friend there. I told my friend I had to go pee. She said she’d come with. It Girl grabbed our mutual friend’s hand and said quietly, but loud enough to still be heard “are you going to the toilet? Let’s do some coke” and she looked at me dead in the eye and said, as if saying it to my friend, but looking directly at me: “but your friend is not invited.”

I have reread that paragraph so many times and eye roll so hard each and every time. I felt like such an idiot. The saucer-like stare she had whilst locking her over-dilated pupils on me made me feel unworthy, uncool, totally out of place, and embarrassed. It was humiliating. It was like being 13 and not being invited to that party all over again, but this time I didn’t want to go to this specific party – drugs are not my scene. All I fucking wanted to do was go for a pee!

If you hadn’t already noticed, I have never ever been cool or popular. Well, popular in a Mean Girls sense. I was popular in that I had quite a lot of friends, but I was never a Regina George. And I never will be. That’s okay though, because I feel like it’s given me a different sense of the world, a certain thicker skin, and ambition and drive to be better and do better that perhaps others, who breezed life or maybe even bullied others, didn’t quite have. Truthfully, I think it gives you a certain level of empathy that makes you a kinder person and makes you appreciate your successes and growth as a person, because going from the kind of girl who would do a pre-party puke in the carpark through anxiety, to showing up to a fancy-pants event and making conversation with a blogger I’ve idolised since way before starting my career (this happened a few weeks back and it was easy as pie!), it’s a big achievement.

It doesn’t mean that it’s all okay though. Bullying is serious stuff, can change and affect people so negatively. I’m lucky, with this story. I can pull the positives from these negatives now, but truth is, at the time it was hell. But my friends were my sanctuary from it all, so I cannot stress the importance of just being there for somebody if you know someone is going through it.

Finally, I’ll tell you why I wanted to use these photos in this blog post. It was a beautiful day in Notting Hill a couple of weeks ago and I was swanning around in front of the camera with passers by probably thinking “oh what a dick” but I didn’t care – that’s just part of what confidence is. I was having a great time, loving life, carefree and having a laugh with my photographer Becky. Happy. Confident.

Consider these photos a bit of a fuck you to all of the people who have ever made me feel insecure and pathetic.

Scroll down for outfit details 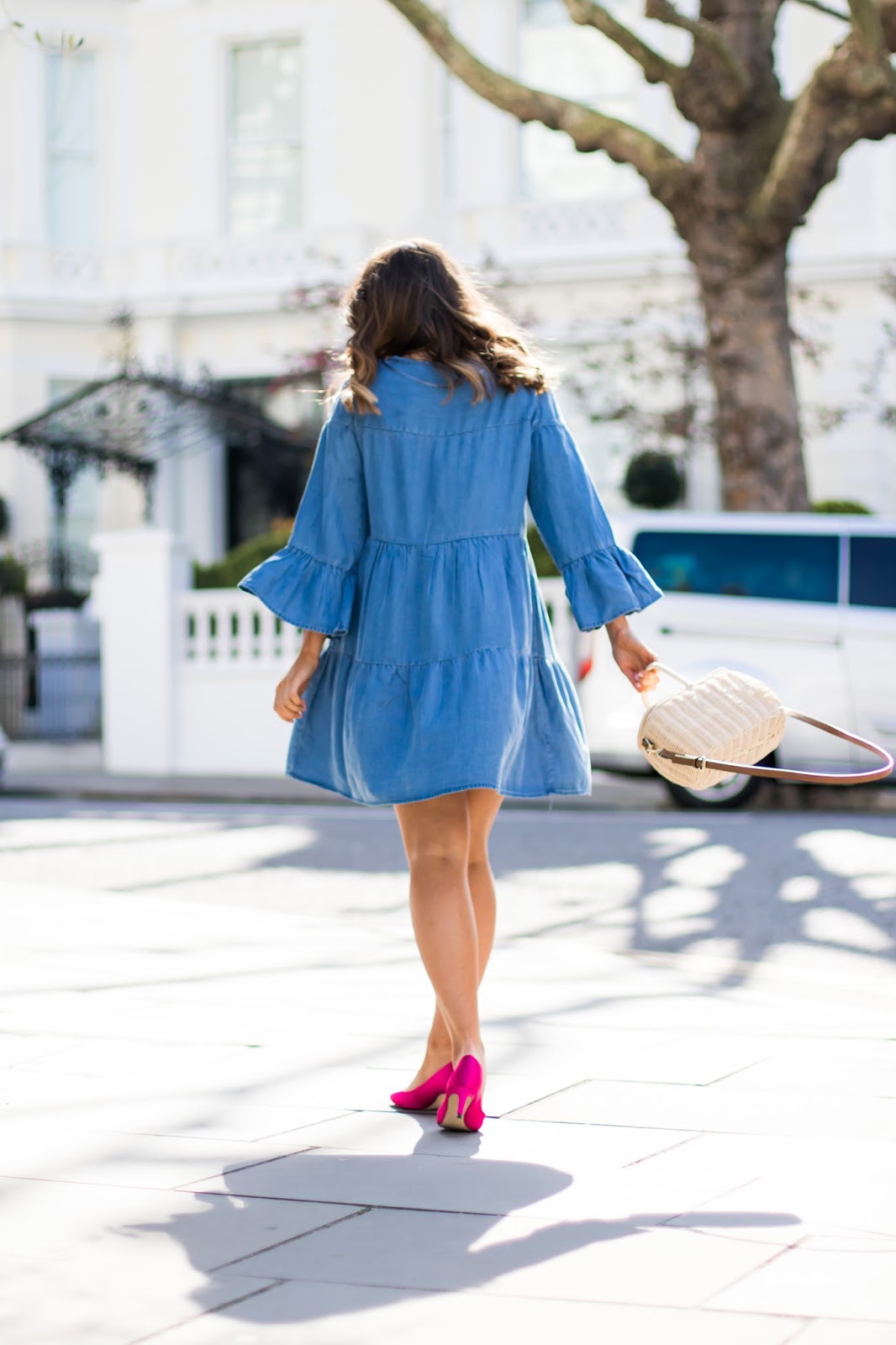 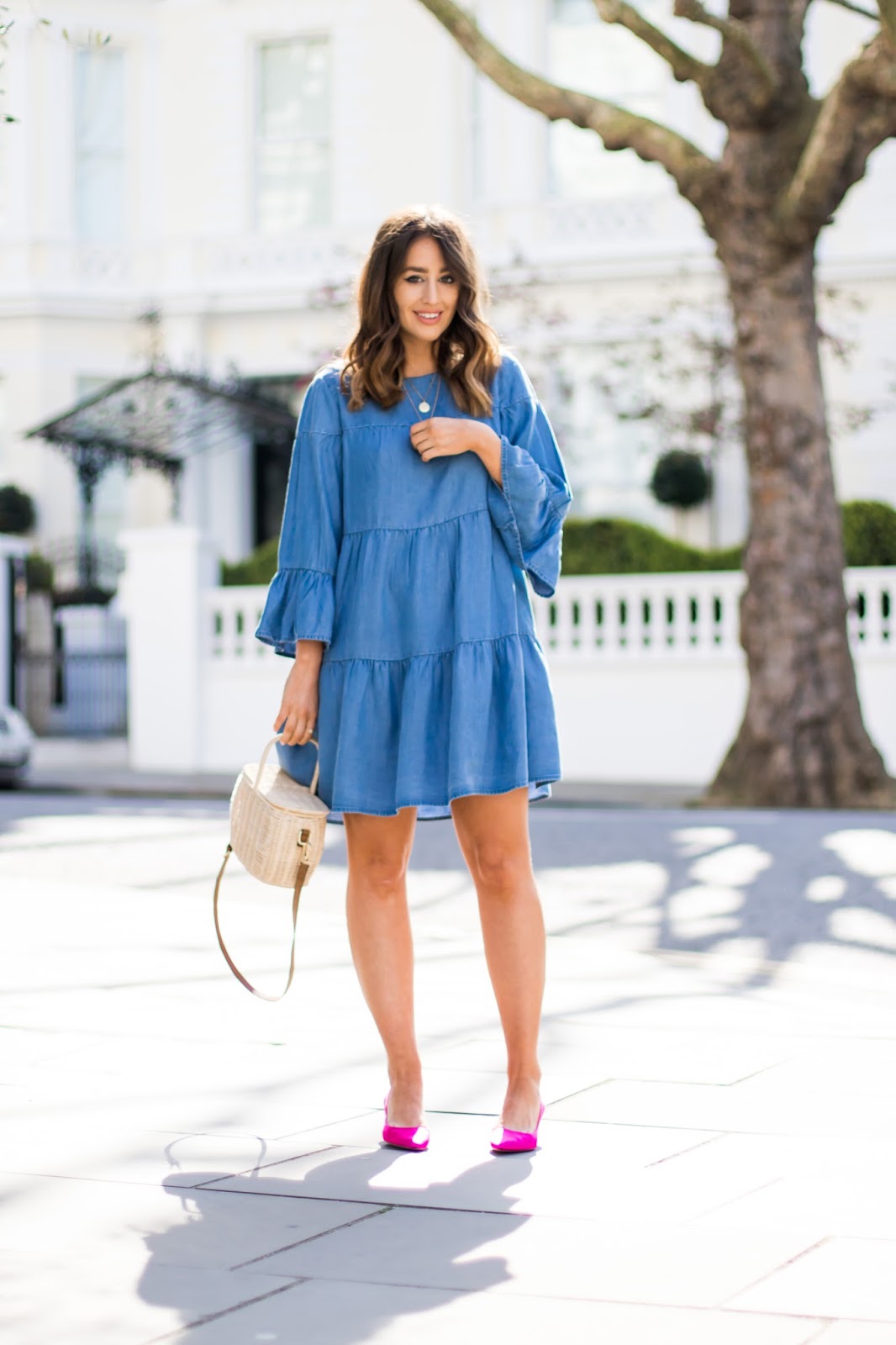