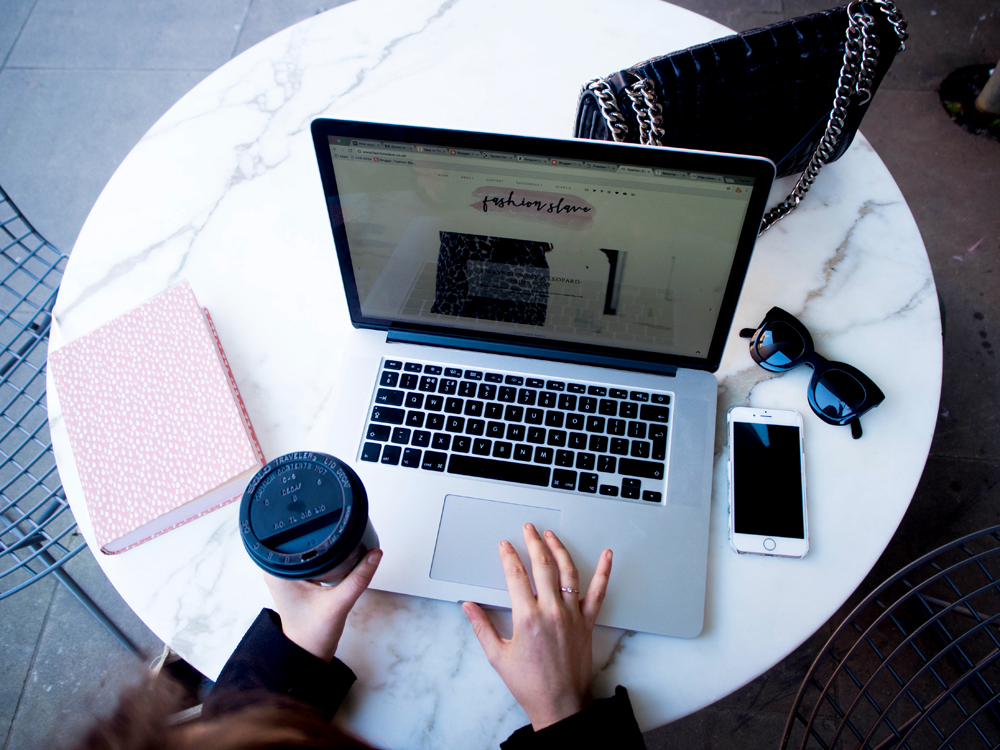 Do you remember that scene from Sex and the City when Carrie’s laptop breaks?  She’s just typing along, Aidan kisses her on the head, then something just happens and boom. It’s gone.


“Did you back up?” everyone asks and with a blank face she responded with “I don’t do that.” Out of all the bad lessons that Sex and the City taught me (like it’s totally cool to move to Paris for an arsehole boyfriend who will probably slap you, cheating is justified if you end up with the person you are *supposed* to be with, and it’s totally okay for men to call you patronising names like kid (vom) and treat you as disposable so long as they have money and come back for you in the end) you’d have thought the only good thing a digitally-savvy millennial female would take is to back your work up. But there I was on a productive Sunday afternoon, typing away at next weeks’ blog posts, when my Mac just died.

The bond between me and my Macbook is so symbiotic you might be mistaken for thinking that the bracelet that dangles on the keyboard as I type is in fact some kind of umbilical cord. How dare it betray me like that? Especially on a Sunday afternoon where most laptop repair stores are shut and you have as much chance getting an appointment at the Apple store as you do shitting £20 notes next time you use the toilet. My boyfriend came back from the gym to find me pretty much in the foetal position (okay, my head was in my hands and my eyes were about 2ml from spilling with tears.) It was as if a blogger’s technological hell has broken loose in his living room.


Any part-time blogger knows the importance of having Schedule Sunday. The day of write-ups, edits, planning, and scheduling so you can keep your weekdays dedicated to your day job. Without that, the whole plan comes unravelled. Your computer is the core of an intrinsically linked chain-like process of editing, writing, then planning your social media feeds through the week. Break the chain at the core and you’re left without anything. And it all played out like a millennial update of this Sex and the City episode, boyfriend being all pragmatic, trying to find solutions, whilst I chanted on repeat

What if everything I’ve ever written has gone?
What about my photos?
How will I get any work done?
Will I be expected to use a Windows PC as substitute?

If I don’t post my pageviews will suffer! I can feel my relevance draining from my soul second by second that I’m not on my computer.


Because I can’t finish writing and scheduling next week’s blog posts, my perfectly planned Instagram feed is now redundant. What can I even post instead?! Selfies? #FromWhereIStand snaps? Photos of my coffee?

I reacted in the obvious (read: stereotypical) way. Called my dad for backup. Cried into a cup of coffee. Snapped at my boyfriend. Curled up in a a beanbag. Ate some peanut butter straight from the jar. Apologised to my boyfriend. Ate more peanut butter. And simply prayed that God would save my laptop, and forget about the time that I got drunk and ran through the grounds of a convent for a dare, and played hide and seek in a graveyard, and dressed up as a sexy nun for a fancy dress party.

My boyfriend, being the hero that he is (he once took off his suit to dive in a river in his pants to save a dog – true story) took it to be fixed between meetings just two days later. But still, in that time, I felt so lost without my Mac it was like I was wandering around Selfridges without a credit card. It simply highlighted how we are reliant on technology more so now than ever before. My relationship status on Facebook would be more accurate if it was with my computer. Call it first world problems in it’s highest form.

Through losing my laptop for the grand total of three days, I learnt some very valuable lessons:

It’s not the end of the world – things break, but there are other ways around it. Yes, you might have to do some work on someones crappy old Windows laptop from 7 years ago but it’s better than nothing.

Macbooks are more resilient than you think – They’re pretty good at clinging hold of all of your data, so there’s a fair chance you’ll get anything back.

Not all superheros wear capes – some wear smelly gym kits and suits instead.