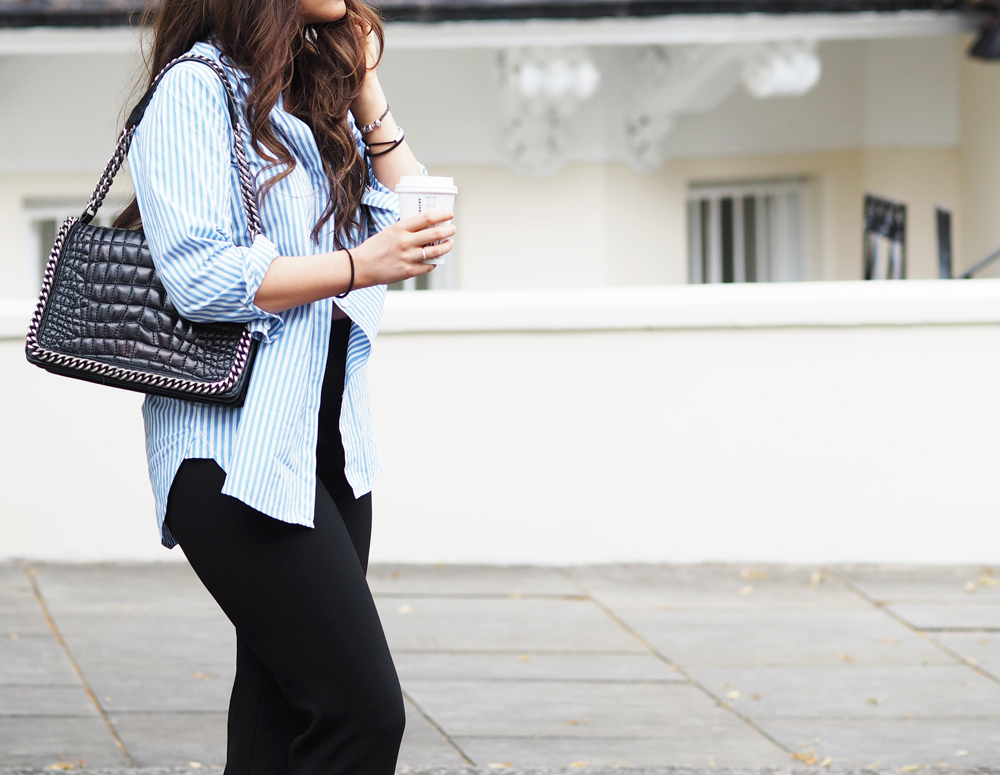 What are you most likely to find me doing on a Sunday morning? Nestled in a pile of cushions, tartan pyjamas and grey sweater on, catching up on Instagram stories and Snapchats from my favourite influencers, bloggers and celebrities. 5* resorts – not too shabby. A mini-shopping haul at Net-a-Porter. Talking to the camera about something I can’t be too bothered to listen to. Oooh, having a few shots and dancing to Britney in some ironically cool-uncool Soho club? Now that is something I can get on board with!

The truth is, I’d way rather see my favourite influencer getting down to Destiny’s Child than I would see her harping on about the 8th 5* resort she’s stayed in so far on this two week holiday. Sure, this used to interest me: it was like getting a little sneak peak into the life of someone way richer and cooler than me. But now this aspirational life is starting to get a little less #GOALS and a little more meh. There’s just too much of it that it all became a little bit oversaturated, and increasingly, I’m hearing people crying out for influencers to drop the mask for a second and talk about the time they fell down the Tube escalator because we’ve all been there and done that.

Social media has become a shiny veneer for real life, dipped in glue and rolled in hashtags. You can be whoever you want to be on a blog, depending on your commitment to fooling the greater public (I once read in an old copy of Glamour or Cosmo about a girl who moved to a new city, and posted faux-paparazzi shots on her Instagram to pretend that she was famous to all of her old friends – now, that my internet compadres, really is dedication). Instagram feeds are so impeccably curated and refined it’s become a place not of reality, but of fantasy instead. It’s like creating your Tinder profile but for the whole world as opposed to an infinite number of swipes of thirsty, dick pic-sending males.

But everyone has started to get a bit cynical towards this cookie-cutter representation of life, with all of the gloss and glitter, and people seem to be rejecting these picture-perfect internet personas. I have nothing against the people who have achieved all of this – plz bottle your success and sell it to me – it’s just there seems to be a surge followers wanting something that feels more real. More relatable – mixing the bad along with the good – posting the kind of things that make us shout at our phone screens OH MY GOD THAT IS SO ME!

Case in point: the rise of #relatable internet people. Just take Violet Benson of @DaddyIssues_ fame, who made it big by anonymously posting lol-worthy, real-talk, no bullshit memes and quotes that we all just get. Or the mastermind behind He’s An Asshole Anyway (@haaaofficial) posting things in the same vein, all about fuckboys, sex, eating burgers and carbs, getting drunk, relationships – this millennial girl stuff that we can just relate to.We’re living in this ultra-nosy, peeping-tom culture and the static glossy images we’ve been depicting as our online selves isn’t quite always enough to satisfy – why else have platforms like Snapchat and Instagram stories become so popular? (Other than the dog filter, obvs).

Big question though, is it really much of a surprise that this has happened? Social Media is constantly being held responsible for us feeling depressed and anxious, because we’re comparing our lives to others. More and more, influencers all over are producing this image of what it’s like to be in your twenties that’s so far removed from the reality of it all that it looks like a snippet of a TLC celebrity reality show. But we know – despite the name – that these ~reality~ shows are scripted and false, and that millions of dollars are pumped into the production and the stars are already filthy rich. But when we’re looking at a twenty-something girl’s slick city apartment via Snapchat whilst lying in bed under layers of exes hoodies because your housemate won’t let you put the heating on, it’s hardly a shock that it can can leave it feeling as though we’re failing at life. Plus, with social media being cited as one of the causes for the rise in low self-esteem in younger female audiences, I believe we do have a responsibility to keep it (even just a little bit) real.

Yet here’s the crux of it all: people don’t want to see too much reality. Followers don’t really want to see photographs of the stacked-up plates by your bed or that weird toenail infection you have. When model and blogger Stina Sanders experimented by posting only real, honest images on Instagram rather than the super slick composed ones we’re used to seeing, she lost 5000 followers quickly. Now that’s just walking talking proof that it doesn’t matter how hot you are and glamorous your job might look, if you post photos of you getting colonic irrigation people are going to say laters! Fickle followers, huh? It seems your damned if you do and damned if you don’t. But keeping it real – to a degree – is key. You can take a pretty picture, sure, but it’s about showing off your funny side and making you seem approachable to your followers. It’s just nice to see that these social media superstars are in fact human, not just stylebots of the digital space, immaculately dressed, living on a diet solely consisting of avocado, kale, and lattes. This way, we start to feel more of a relationship than a celebrity/fan kind of interaction. It’s just easier to like someone more when you can imagine them being your friend, rather than a steely editrix like Anna Wintour.

The bottom line is this: bloggers became so popular because they were relatable, and that will always be a key factor in why we like them so much. They were the girls next door, your best friend. It’s all about balance. I’m a firm believer in looking to the success of others to spur on my own personal progress. So show off the Chanel bag you worked so hard to buy, that dream holiday, and your new car because people do want to see it and you deserve to show it. They just want to see a little more realism, honesty, and roughness too. Life can be glossy, but then life is also spent in pyjamas with greasy hair eating last night’s pizza. So surely it’s more powerful – and at least refreshing, and relatable – for followers to think “Yes! I do that too!” with someone they admire more often than “ffs I wish my life was more like that.”

I don’t believe in fate or destiny. As Blair Waldorf said “Destiny is for losers. It’s just a stupid excuse to wait for things to…

“Girls Night Out” – it may sound oh-so-simple, but all of us know it’s not. It’s a total ritual. It’s a bonding session. You’ve got…

Raise your hand if you’re bored of hearing the term body confidence? And keep them raised if you’re also kind of bored of seeing bloggers…

Girl’s Night Out uniform   Marilyn Monroe – she made that phrase as timeless and iconic as it is today: diamonds are a girl’s best…

“If I see one more blogger wearing a jumper dress and over the knee boots I swear to god I’ll just unfollow them” Erm…. awkward….

It’s time for a weekly roundup post and I TAKE BACK EVERYTHING I SAID LAST WEEK ABOUT GOAL-SETTING!  Not really, I stand by it….