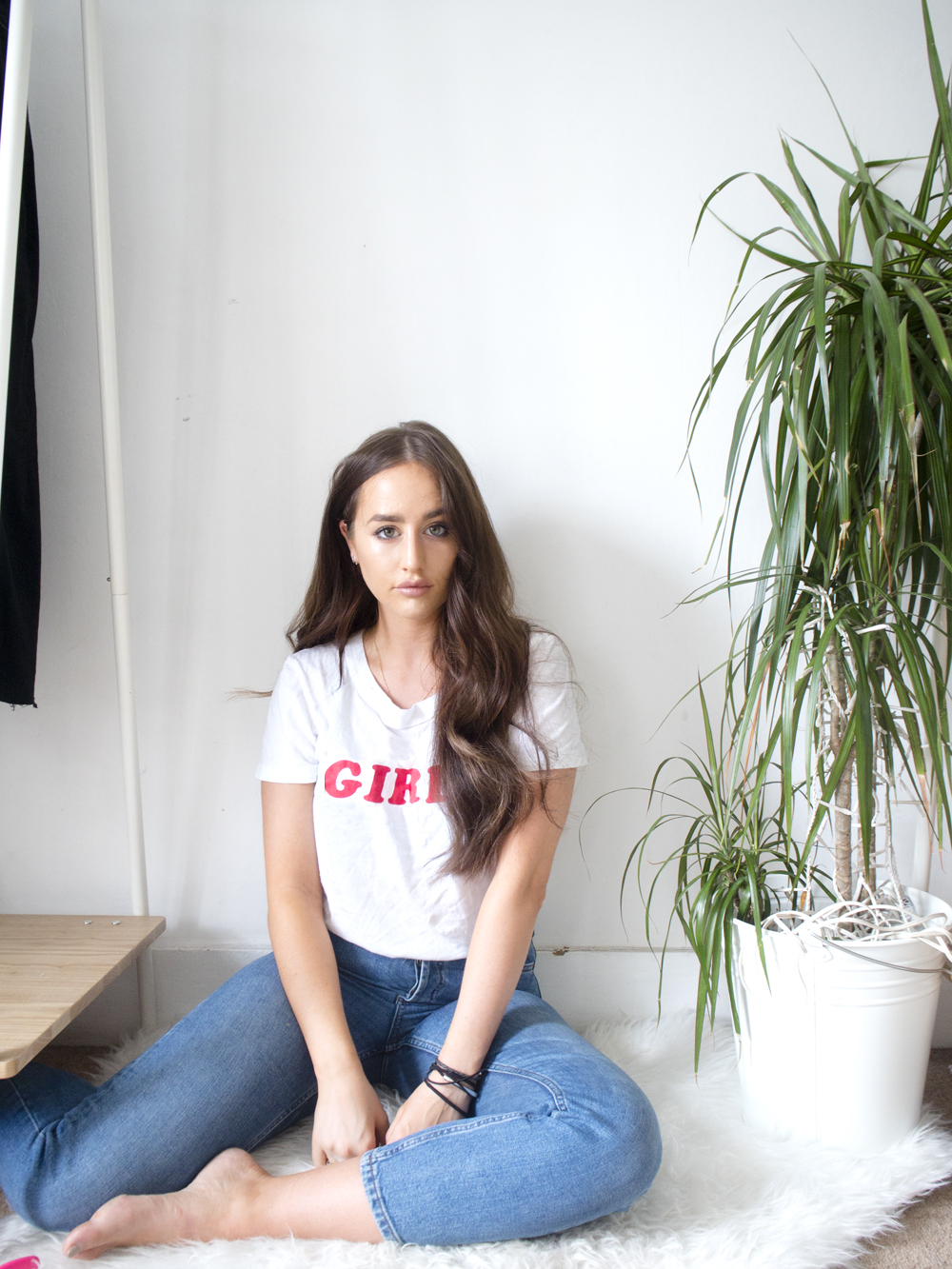 Or enjoy a certain level of male attention. Or do the whole sexy eyes thing just for fun at someone. Or go on three dates with three different people in a week. Or accept a drink from a guy in a bar. Or get really drunk and flirt with the man in the kebab shop for free food… Or am I?

These are the little white lies that we tell others – and ourselves – when we’ve acted in a way that society doesn’t usually deem as entirely appropriate behaviour for women. But I have stayed out all night. And I have accepted drinks off a guy. And flirting with handsome men in bars is actually a lot of fun. And I have definitely gone overboard and danced all sexy as though I’m Beyonce or something on more than once (and yes, that was embarrassing.) And if you follow me on Snapchat you’ll most certainly know I’ve flirted with a kebab shop man for free food on at least one occasion…

ITV’s Love Island was a guilty pleasure – no, an obsession – of mine. A tumbleweed floats on through the barren wasteland of my weekday evenings without a daily dose of drama to vicariously live my life through. When contestant Zara Holland, who was Miss Great Britain at the time, had sex on TV (as most of her fellow contestants had been doing), she was left all teary claiming “that’s not me at all” – and this was before she even knew she had lost her title as Miss GB (although I can imagine she had an idea that she was going to, which probably contributed to her tearful professions of not being the type of girl to do that type of thing) Whilst I think it’s a pretty grim reality that having sex on television become somewhat normalised these days (Geordie Shore – I blame you!) everyone on the show had been at it. So she really hadn’t done anything wrong. But after getting it on under the covers, Zara was backtracking, saying that’s really not like me. Saying she wouldn’t ever usually sleep with someone on the first night.

And whilst it’s everyones prerogative to have sex, or not have sex, and regret the sex or not, it all drills down to the whole notion of not being that kind of girl. It poses the whole concept of that (for women, at least) there is the good kind of sex (the kind you have if only in a serious, monogamous relationship with candles and rose petals all very rom-com) and the bad kind of sex (one night stands, casual, probably the result of flirting via Snapchat), just how society has created two types of women; the good kind (pure, innocent, wifey-material) and the bad kind (sexual, independent, sassy etc) And that kind of girl is most definitely the bad kind. There lies the crux of the problem. Every time we tell someone, or ourselves, that we’re not that kind of girl, and that we’re usually a good girl, we’re effectively slut-shaming anyone who is anything but that, categorising them exclusively as bad. The statement is internalised sexism to the core.

Of course we say it because we don’t want to be judged by our friends, parents, Grandma, colleague, or the major babe who’s kissing you goodbye on your doorstep after a second date. Being that kind of girl still has a stigma attached that’ll overshadow any of our good girl attributes – a masters degree, a killer career, charitable work, or even Miss GB title – because society doesn’t like bad girls. We say it because we’re trying to convince ourselves that we’re good girls because we’ve been conditioned to think nobody would ever want us as a bad girl. What it all boils down to is the madonna/whore complex: where men see us as either virginal pure princesses or total sluts, to put it bluntly.

We hear artists lyricise about their sidechicks being bad bitches, but how they’ll never wife em. And the infinitely quotable Drake crooned in Hotline Bling about how ever since he left the city this girl’s been getting a reputation for wearing less and going out more, drinking glasses of Champagne on the dance floor, and hanging with some girls he’s never seen before. Whereas before, she used to always stay at home and be a good girl. Drake, you sound like the kind of needy boyfriend that would comment your latest selfie with loads of heart-eye emojis and #BAE, then cry because you don’t do it on his.

Let’s touch briefly on the other side of the gender scale. It’s far less frequent that we hear a man say “No thanks, I’ve had a really nice time tonight but I won’t come back to yours because I’m not that kind of guy,” unless he has a girlfriend. Would he ever get a hard time if he chose to flirt with a woman, buy a her a drink, stay out all night and crash at her place? I doubt it. The most he might get called is a player. He doesn’t have to justify his actions by saying it because he won’t get judged for his actions. That’s why saying I’m not that kind of girl is such a sexist statement. Every time we utter the words, it just reinforces this double standard, that yes, it’s okay for a man to ask to do these things, but no, it’s not okay for you to let him because you’re not that kind of girl remember? And to paraphrase Drake again, it’s totally cool for him to be here for a good time not a long time, on his worst behaviour, but do excuse his table manners because he’s making room for the table dancers.

Our value is really not as black and white as good vs bad. You can be a good girl and a bad girl. I don’t care how much casual sex a girl is getting, it doesn’t make her a bad person, in the same way it doesn’t make a man a bad person. What’s being missed out from the discussion is the importance of choice. If a girl wants to casually hook up with someone then fine. If she doesn’t want to then fine. It’s her choice. We’re living in the 21st Century, why are we still categorising women, and ourselves into the good girl and bad girl category? We can be both. We are both.

Example:
Yesterday I shared my chewing gum with my colleagues – that’s good.
But then I went home and made some toast with my housemates bread without asking because well, carbs – that’s bad.

I think it’s time we delete that phrase from our language: how can we ever expect opinions to change when we’re internalising these outdated opinions and one-sided morals on ourselves? It would be nice to do whatever we wanted without having to worry and defend ourselves from judgement. Do what you want! Kiss men in bars. Flirt with kebab man. Date three guys- no, five – if you want (aka have enough free time) all at once. Have a one night stand. And dance so fucking hard Beyonce would be like damnnn. Just make sure you brush your teeth and say your prayers before bed or whatever. You can be good and bad.

Previous Post: « The New New New Basics
Next Post: What To Buy Whilst It’s Still Summer To Wear When It’s Not Summer »