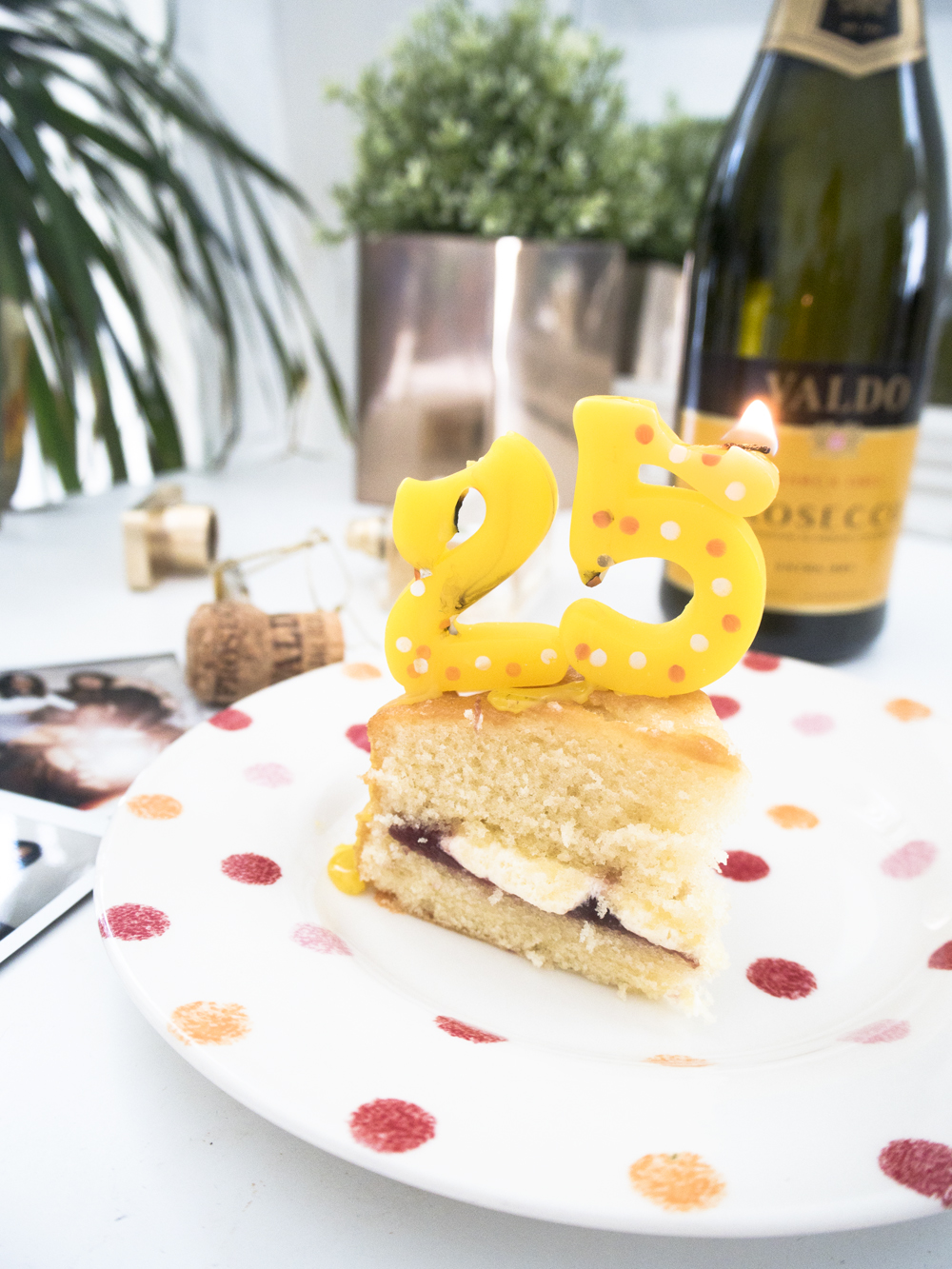 It’s six weeks until I hit the big 25. That’s a quarter of a century. A big milestone. But instead of celebrating in the way we do for 18th’s (Yes Mr. Bouncer, I DO have ID!) and 21st’s (why do we even celebrate this one again?) your 25th will be celebrated in either misery, or denial that you’ve graduated from the 18-24 tick box in surveys, finding yourself in the new bracket of 25-32’s. What’s that? Oh, the sound of your wrinkles deepening in your face.

I’m only joking. 25 isn’t old (see, that’s the denial kicking in.) Despite technically being a fully grown adult with an actual job, living away from my parents, and a house plant that is definitely not dead yet, I spend a large percent of my time questioning everything that I’m doing.
And it all feels so wrong. Britney, I get you. It’s a quarter-life crisis and it can happen in so many little ways.
So in the wake of impending real adulthood, when you’re asking yourself so many existential questions that you could be mistaken for a Philosophy grad, here’s the answers you really need to get your shit together.
1. Look at the bigger picture. And then look at a bigger one
When we’re having a little crisis, it all comes down to personal identity and having zero clarity because our brains are self-imploding. You can’t even see the problem in front of you clearly because the wires in your brain are short circuiting with a fuckfuckityfuckingfuckfuckfuckwhatamidoingwithmylifeeeeeee. So think of something bigger – much bigger – to realise how small our problems really are. It’s not about delegitimising any feelings or emotions, but about gaining perspective.
What do I do? I look up to the sky, as hippy-drippy as that sounds. But it works. Especially at night. Look up and really think about those stars. All of the galaxies above. The planets, lightyears away. Things that have travelled years just to hit your vision. And then bring it all back down to earth, and everything and everyone around you on this planet. It’ll shrink your worries.
2. Take a break from social media
I’m not saying take a total digital detox, but having a little break from social media can be refreshing. Everyone’s life looks better online, working as a highlighter pen pointing out all of the best things that can make us feel as though we’re underachieving. So when you feel yourself scrolling through Facebook feed before bed thinking “How did spotty Sarah suddenly get so attractive, land her dream job, bag a handsome husband and a house in the country whilst I’m here in pyjamas covered in Sunday night’s takeaway curry residue?” you should put your phone away and forget about it.
3. Look at how far you have come
In the words of Drake, we started from the bottom now we’re here. Yes, we’re HERE! And where is here? Well, it might be crammed on the Central Line in the height of summer, face pressed into a sweating businessman’s manboobs, but it’s a far cry from sitting in a maths exam you’re less than underprepared for enough for, or on the school bus having some kid call you fat, or dressed up as a Victorian chimney sweep in your school play. You go Glen Coco!
4. Think of at least one thing that you’re really good at

Against the backlash of the whole mindfulness and positive thinking movement, I’m still happy to admit that keeping a general positive mental attitude is key to keeping your head above water. Maybe you’re a really good cook or the friend everyone turns to when they’re having a crisis (check you out, reliable!) Maybe you don’t get hangovers. Whatever your talent, as tiny or large as it is, focus on it and feel good about it.

5. And remember, we’re all in this together
… for lack of a better lyrical quote, yes, that is High School Musical. But, they were certainly onto something. Look through your group Whatsapp chats and I’m sure it won’t take much scrolling before you come across one of your pals lamenting to the group that her total arsewipe of a boyfriend broke up with her, or they got fired from their side job because their manager didn’t get on with them. We all have problems, but we’re all each other safety nets for when we think we’re falling.
Previous Post: « In Defence of Realisation Par’s ‘Sexist’ Dress
Next Post: How To Ask Brands To Pay You For Collaborations »