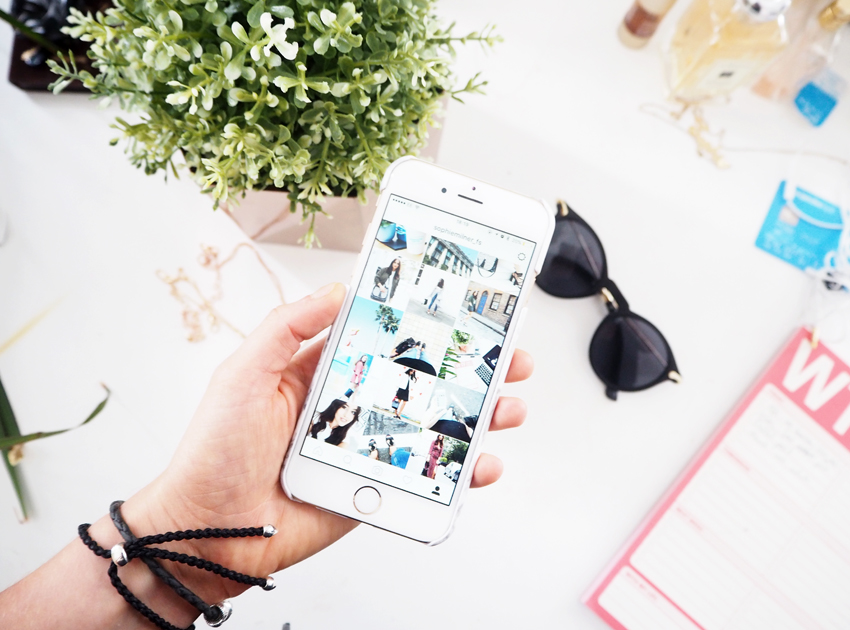 When VSCO – a photo editing app that many people used to pre-plan the order they will post their Instagram photos to get the most aesthetically-pleasing arrangement – released a new update last week, there was one startling difference that caused ripples through the socialsphere. They had changed the way the gallery section worked, so it no longer reflected how your Instagram feed looked and enable its user to pre-plan their little Instagram bubble. The day that it dropped, the entirety of Instagrammers, bloggers and digital image aficionados cried out in unison on Twitter “BUT HOW WILL I PLAN MY INSTAGRAM FEED NOW!?” And it’s a really good question, in fairness. What started off as a bad day for VSCO, and it’s loyal followers (myself included) turned out to be a very good day for other previously under-the-radar apps such as UNUM. But the real burning question on my lips (apart from how the fuck will I plan my feed) was have we reached peak Instagram-obsession?

The app that began as a way to share instantaneous snapshots of life, complete with some pretty filters, has become the platform for creating totally curated visions of reality, with faux-candid photos, as opposed to ‘real’ life. Fantasy life is for Instagram, real life (drunk kebab shop chat included) is for Snapchat (if this is what you want to see add me at S_LM shameless plug I don’t care). In fact, the elevation of Instagram to a platform displaying our dream world peppered with #lifegoals #hairgoals #squadgoals rather than reality created a lovely little gap in the market for Snapchat to slide on into, providing the BTS realness that the Insta-world doesn’t.

Of course I get it, I get our obsession with pre-planning, pre-pre-planning our feeds so that they reflect the aesthetic and version of ourselves we want the world to see. Instagram is the biggest marketing tool there is out there. With social media being one of the most stratospherically sky-rocketing phenomenons of this past decade, it clearly means serious business. And in this age of the ‘personal brand,’ it’s never been more important to utilise these tools to show off your most aesthetically pleasing and likeable side. I plan my own Instagram feed – colourful picture, white space picture, selfie picture, cat, blue-based photo, white picture, another colourful picture, another selfie, outfit details shot. Cool tones! High Contrast!

On Instagram I’m in control of my life, it looks exactly how I want it to, which funnily enough, is exactly how I want my life to look: all glamorous, pretty, and set in such flattering lighting even a mouldy slice of pizza could rake in around 50+ likes. When in reality, I’m a scatty mess who probably reapplied her makeup over last nights makeup she forgot to wash off after too many proesccos. It’s become so meticulous that I’ve began basing the days I post my blog content on how the images will best be translated and slotted into my Instagram feed. Yikes.

We’ve all become social media executives, marketing our own life in perennial Valencia filter. Wait, scrap that, nobody uses that filter anymore. Too warm. But where’s the line between taking something seriously, and a serious obsession? I have a feeling it lies a little bit between editing your photo for 5 minutes, and editing it for 15, posting it, deciding it doesn’t look right, deleting it, and reposting it praying that those 11 people who already liked it will double-tap on the updated version. Three times in a row (it’s cool, I’ve so been there too.)

It was only when I attended an event a few weeks back that a fellow blogger went into a total frenzy, asking others “does this photo look weird in my feed?” thrusting her VSCO pre-planned Instagram feed into the faces of about 12 others, that it flagged how this obsession is becoming a little unhealthy for some. It was weird. She got all jittery. I’m pretty sure she was sweating. I wanted to ask “u ok hun” and actually mean it very seriously because was she ok hun? And I felt massively uncomfortable that I was witnessing some new form of OCD fueled by pictures of flowers and dresses and coffee cups and tiny afternoon tea sandwiches that are all displayed on these tiny little screens.

Because that’s exactly what it really is: images on a screen. When you really look down at that grid of images, all you’re really looking at is a million pixels on a glass screen. It’s not real. Put your phone down and it’s no longer there. What’s there is the people in front of you. A book. A table. A burger, maybe (hopefully). If you delete your account and it no longer exists. Did it ever even exist? It’s just images on a phone. So whilst self-promotion is important for growing our blogs and businesses, it’s important to just step back, disconnect yourself from the BS and hype of the Instagram world, stop looking at your life through a filter, and see it for what it really really is.

Get Chloe Plumstead’s take on this here

My usual attitude to dating goes a little like this: if they want it, they can write a witty message, say something charming, and if…

“Girls Night Out” – it may sound oh-so-simple, but all of us know it’s not. It’s a total ritual. It’s a bonding session. You’ve got…

Happy Monday Morning! It’s been a while since I’ve written a weekly blog update of what’s been going on IRL this week, but the reasons…