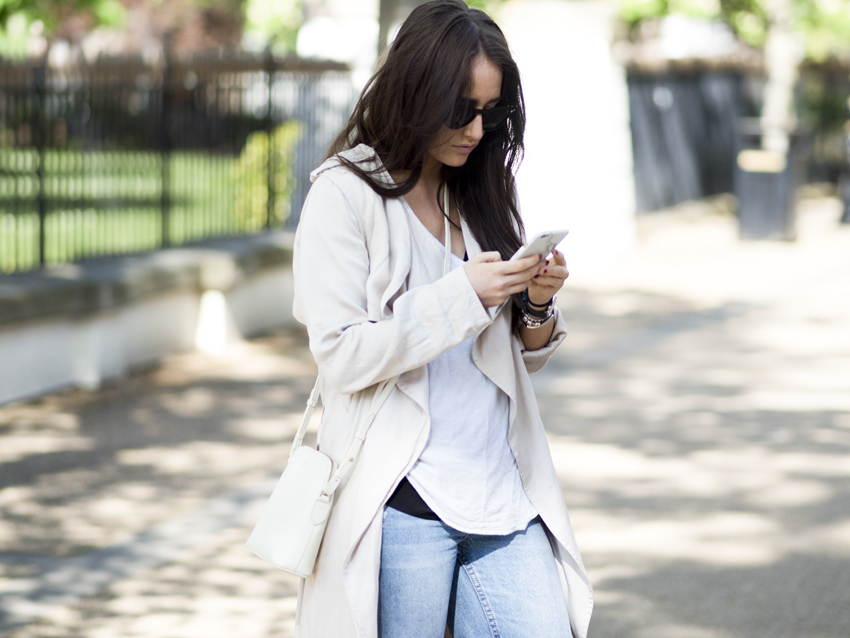 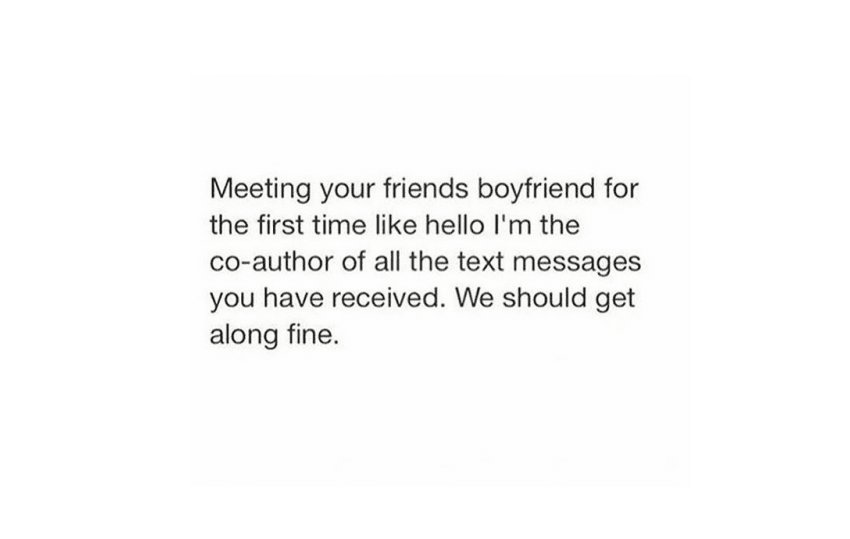 Texting – and even better, Whatsapping – is brilliant. Instead of walking away from an argument/ conversation/ breakup/ banter sesh (sorry I can’t believe I just used the word banter) and thinking of a fabulous comeback about 5 minutes too late, it gives you the ability to think, rehearse, and edit your answers. So whilst IRL Sophie may come across like a law student struggling to make her point in a graded trial court case, text Sophie delivers the perfect balance of facts, sass, and humour with aplomb, wholly creating an immaculate vision that I could well be a comedian/ Beyoncé in my spare time. How many times have you drafted a message in your notes section of your phone? Agonising over it until you’ve nailed the ultimate level of smart, cool, and sassy. Apparently we take around 14 minutes to crafting the perfect post-date text. But then the real question, how many times have you let your friends redraft, edit, and co-write it? We’re in the age of editing. Editing our snapchats with dog-ear-flower-crown filters galore. Editing our selfies to rid our complexions of hormonal breakouts. And editing ourselves, by sending our messages out for second, third, or fourth opinions. Go on your group Whatsapps and view your shared media, guarantee 60% are screenshots of texts from your boyfriend/lovemate/ tinder date captioned “HELP WHAT DO I SAY BACK?!?!” I mean, it’s a valid question at the end of the day.
It doesn’t even matter whether you’re being hit up with a message as blasé as “Hey, what are your plans this week?” This brief for you and your co-writers: a response that encompasses your week being 70% full of plans (real or fake, it doesn’t matter) to make yourself look in demand but not off-puttingly unattainable, with 30% free time – just enough to squeeze in a date one night, making it seem like it’s on your terms, of course. Throw in a bit of a joke for good measure. Or it could be drafting a message to a guy hashing out your feelings in that weird DTR moment. “Take it down a notch, it’s a little too intense. You’re repeating yourself here. Maybe throw in a the poo emoji just to lighten the mood?” Am I being too needy? Too much of a bitch? Is this too much? Will he think I’m crazy? Take out that exclamation mark, you seem too angry!!!

Irrelevant of what part of the conversational spectrum the text falls upon, it’ll fall right into our whatsapp group chats or office kitchen conversations, with you and your friends meticulously planning the perfect answer. Your reply message has to be the ultimate balance of cool, breezy, funny, interesting, smart, sassy, – everything. Basically, you have to be something, or someone, that doesn’t exist. The amusing thing? You know who you’re texting far better than your friends do (in most cases, anyway) so the only person best equipped to do the drafting, writing and editing is you. Why let someone out of the situation take control of your messages and send them? It reminds me of a grown-up version of that episode of the Inbetweeners when they all swap phones and text someone in the other persons phonebook, but (hopefully) without the total sabotage and overuse of the word wank. Luckily, the worst thing any of my friends are going to send when going rogue on my phone is something like “so look, are we boyfriend and girlfriend yet?”

A month or so ago I helped co-write my friends first-draft text to some fuckboy she’d been dating. One edit later (via me) three more rounds of approval through others who came and met us in the bar, and we’d compiled the sickest message it deserved a medal. But by the time it was ready to send, it hardly reflected the real emotion she felt. We may want to play it cool, but it gets me thinking how it may be more refreshing to just word-vomit your true feelings instead of letting ourselves pre-rehearse every damn thing.

But I suppose an objective view is always welcome; sometimes you get so caught up in your emotions you need someone to take an outsider view. And it’s fun dishing out the responsibility onto someone else. If he doesn’t find me funny then whatever, it’s NBD. And if he thinks I’m a psycho gf from that text? We’ll my message was justified as Sarah and Allie helped me write it and that’s two against one, so yeah.

Co-writing, drafting, editing and second-opinioning happens in the beginning stages of a relationship where you are still treading on egg shells a little, testing the waters, unsure of where you stand. But then it gets to a point where you have to stand on your own two feet and actually use your own brain and personality. I went on a Happn date with a guy who oh-so-flatteringly told me he was pleasantly surprised that my chat IRL matched up to my whatsapp chat, because apparently lot of other girls’ don’t hit the real life standard that their virtual selves perpetuated (most likely due to the fact it went through a rigorous editing progress by 6 of their best, wittiest friends) and I kind of couldn’t help feel that perhaps we’re getting ourselves into ruts, showing off versions of ourselves that don’t really exist. It’s like nailing a dress rehearsal, only to do the real show and totally fuck up the high note or fall off the stage and break your leg.

Sorry to all the tinder guys I’m talking to, you’re all going to be bitterly disappointed when we go for drinks as you’ll realise that the girl you think you’ve been talking to doesn’t exist – I’m actually a hybrid of myself, Zoe from uni, Rachel from work, two of my housemates and sometimes even my mum…