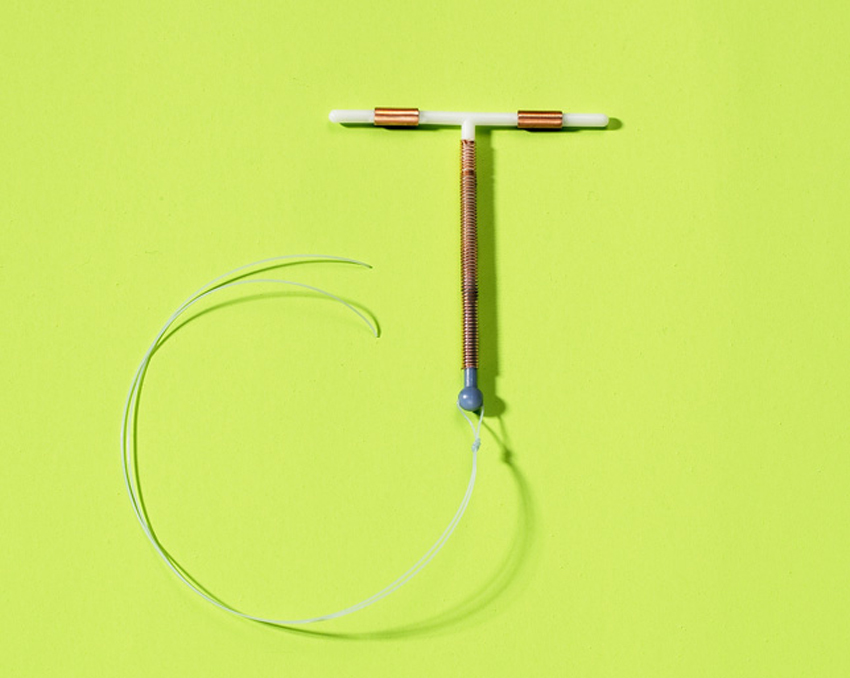 The blogosphere is notably quiet when it comes to discussing topics like contraception and sex. We’ll write about clothes, what we eat, where we eat, and crap like 10 ways to smell like Beyonce, but writing about how we stop nature in its tracks and prevent us creating a 15-strong brood of mini-me’s? Not so much (I get it, Instagramming a picture of condoms is so teenage, and a snapshot of you and your boyfriend at it? It’s a bit Kim Kardashian)

But we all have sex, and I assume by the fact none of my friends have babies yet that most of us use birth control, so why not open up the discussion a little? With so many options out there – femidom anyone? – it can be hard to work out what’s the best choice. And the chances are, when you went to the doctors to get a less-fumbly form of contraception than condoms sorted out, you left the pharmacy clutching a little white bag of Microgynon boxes that basically declared to the world I AM SEXUALLY ACTIVE! But contraception isn’t a one size fits all kind of thing. Chloe Plumstead shared her experience of the contraceptive injection, offering up an insight into that method. I’ve certainly not been shy in vocalising my dislike for hormonal contraception in the past (if you want the back story, you can read about how taking the pill for 7 years turned me into a psychotic bitch) and after thousands of women shared their experience with #MyPillStory on Twitter, it’s all pretty evident that I wasn’t the only one hating on pill-popping. Taking those hormones made me an irrational, anxious, depressed bitch, but I really didn’t fancy being a mum right now either, so what are the non-hormonal contraception methods?

Well condoms, femidoms, spermicides, diaphragms, and the copper coil (IUD). I opted to have the coil fitted because well, there’s nothing less sexier than saying “hold on a minute darling, give me 10 seconds to put some spermicide inside me and get the femidom in place.” We all know copper is having a serious moment in interiors – it just so happens to be having one in my interiors too. So here’s a little breakdown on the NTK and my experience.

What is the copper coil?

It’s a T-shaped device that’s inserted into your womb and has two little strings that come down through your cervix into the top of your V. Apparently you’re supposed to be able to feel these but that just creeps me out so I won’t be trying that anytime soon… It can last for up to 10 years and once it’s in you don’t have to worry about it, and just let it do it’s thing.

What is its thing? How does it work?

Good question. I thought it was like a plug that stopped sperm going to your eggs. But I was so very wrong. It releases copper, which in turn changes the make-up of the fluids in the womb and fallopian tubes, stopping sperm surviving there. So basically it kills all the little sperm. #sorrynotsorry

How did they fit it and did it hurt?

Put down whatever you’re eating! If you’ve had a smear test, it’s a bit like that. The vagina is held open, and the IUD is inserted through the cervix and into the womb. It really wasn’t that fun. But, now it’s there I don’t ever have to worry about it and there’s no £27 trips to boots for the morning after pill. Just dose up on painkillers beforehand. I had a local anaesthetic too because I’m a total baby.

How effective is it?

More than 99%. So no baby Milner’s for me and whichever poor unsuspecting bloke tried to impregnate me.

So apart from the uncomfortable installation, are there any other disadvantages?

There sure is (remember, not everyone’s the same, these are just issues that are common and that I’ve experienced)
Disadvantages aside, I’d so much rather not ever have to worry about getting pregnant – until I actually want a baby, then I’ll have to get this thing removed. And unlike hormonal contraception, you don’t deal with any changes to your weight or skin.
So there’s the run down! On a final note, it has to be said, the copper coil doesn’t protect against STI’s. So make sure you use a condom anyway until you can at least trust the guy you’re sleeping with isn’t also sleeping with every other Hannah, Susannah and Jane. Or for major lols, why not try out Dr. Felix’s Sexual Exposure and STI Risk Calculator to work out how many people you’ve been sexually exposed to?
Previous Post: « Expectations vs Reality of Taking Bikini Photos at the Beach
Next Post: Nailing That “Natural” Beauty Look »