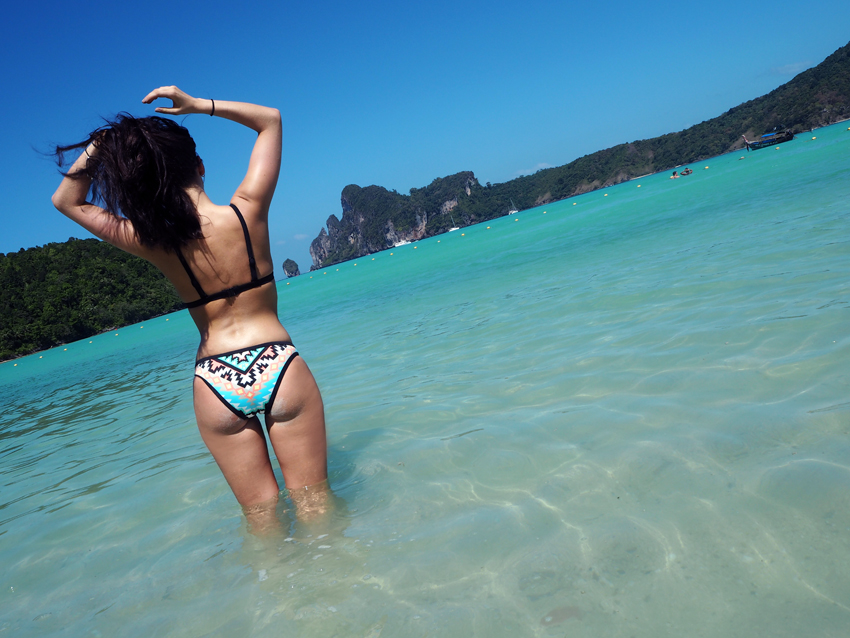 2015 began stuck in a 3 hour traffic-riddled cab journey from a party in east London back to my house in the south west of the city. After a quick detour via a McDonalds drive thru to keep me going, I vowed that under no circumstances would I be spending the next New Year’s Eve in the UK. Nothing is more traumatic than trying to make small talk with your Uber driver for that amount of time… About 10 months down the line and realising I had not stuck to my resolution, along with a sudden sense of wanderlust, my credit card took a serious hit and I was set to spend NYE in Thailand instead. I’ve never done the whole gap yah thing, and my experiences of South East Asia mostly involved insta-stalking travellers, my friends tales of their trips, and discovering that cute Thai restaurant in Brixton village, so I was happy to step into any form of hot and distant climate. 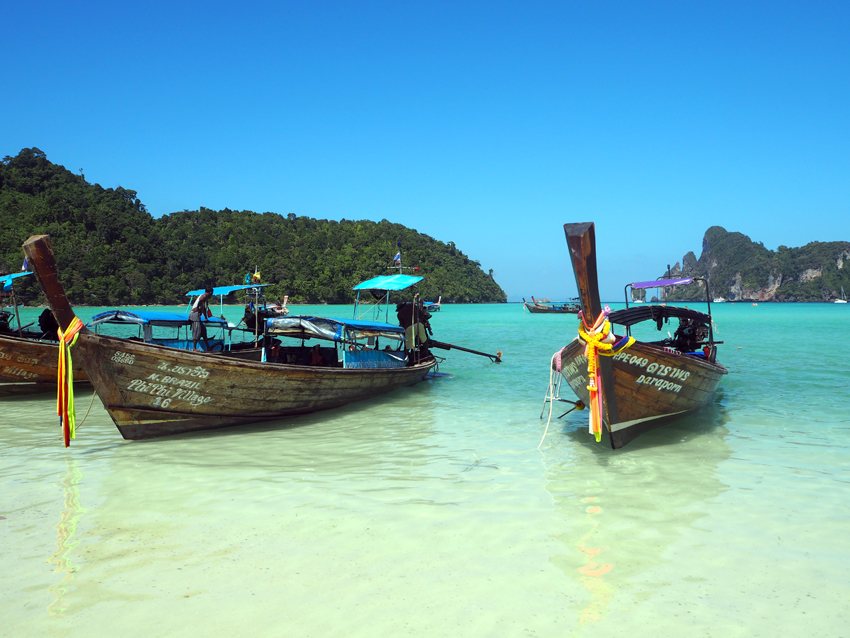 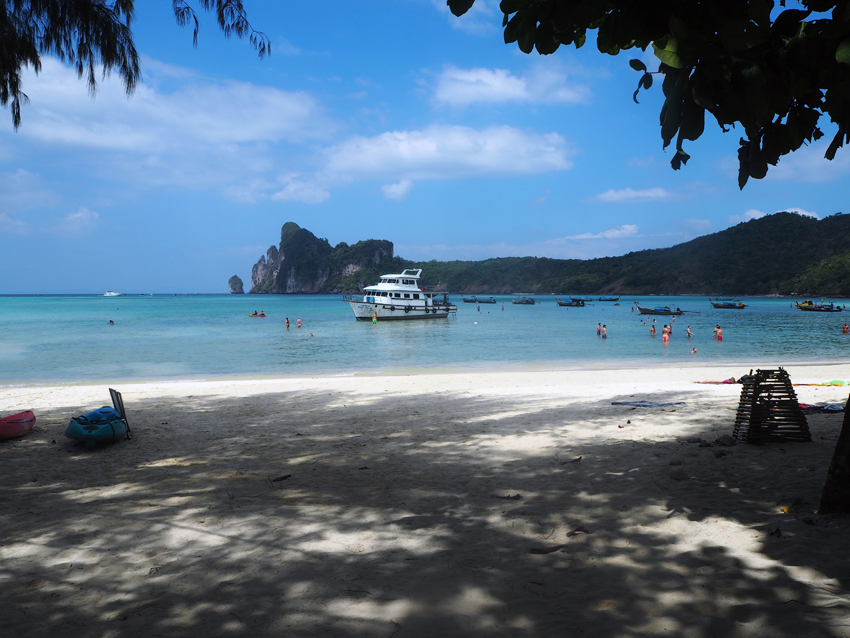 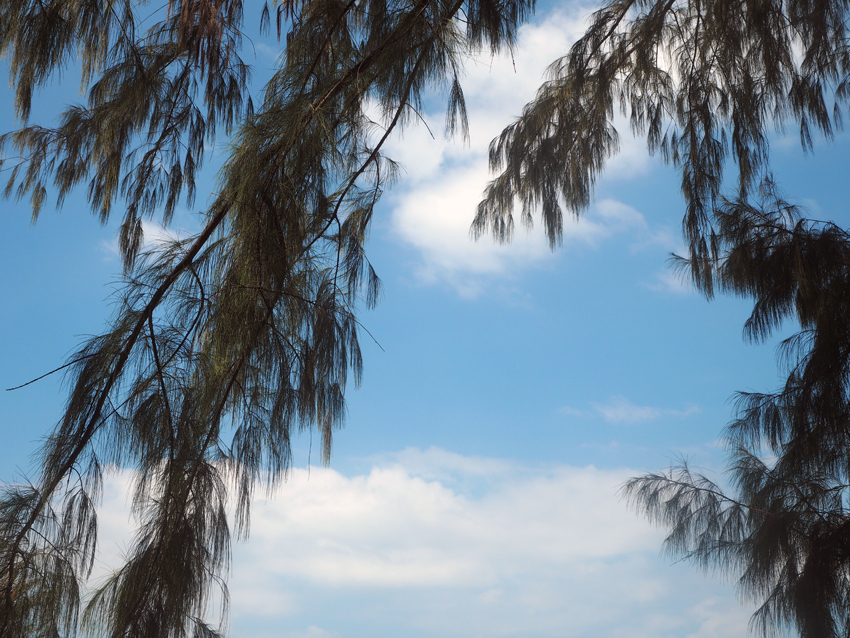 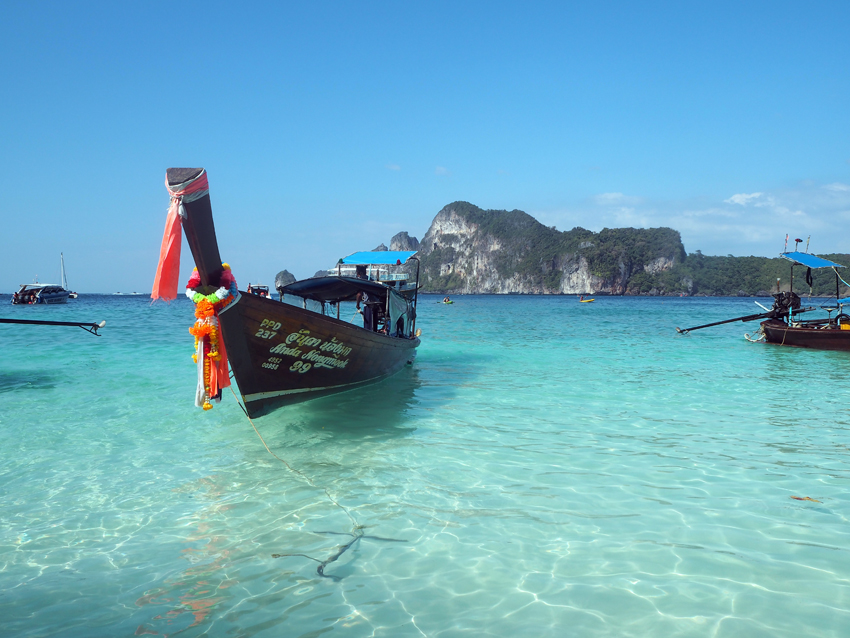 Koh Phi Phi was the first destination, and with what my boyfriend had described from his past visits as “a backpackers paradise” the mental bar seemed set pretty high. Yet upon arrival, it wasn’t this utopia of free-loving, free-wheeling globe-trotters, all loose-haired and tanned against a tropical backdrop of beach huts in the sand. Oh no, it was all a little bit Brits Abroad in Magaluf, SE Asia style. No hippy-dippy travellers ready to tell me of their spiritual awakening in some buddhist temple (okay, I’m quite glad I avoided that cliche…) but more like some transplanted chav asking me what my name as they’d forgotten 3 times already, all whilst staring at my boobs. Of course, the images of the awful bars and groups of lads lads lads being sick on the beach haven’t made this post, because well, aesthetics. But you get the picture. Although luckily, for every one could-be-Geordie Shore cast member plodding around the bars/pool/beach, there was some form of beautiful seascape to detract away. 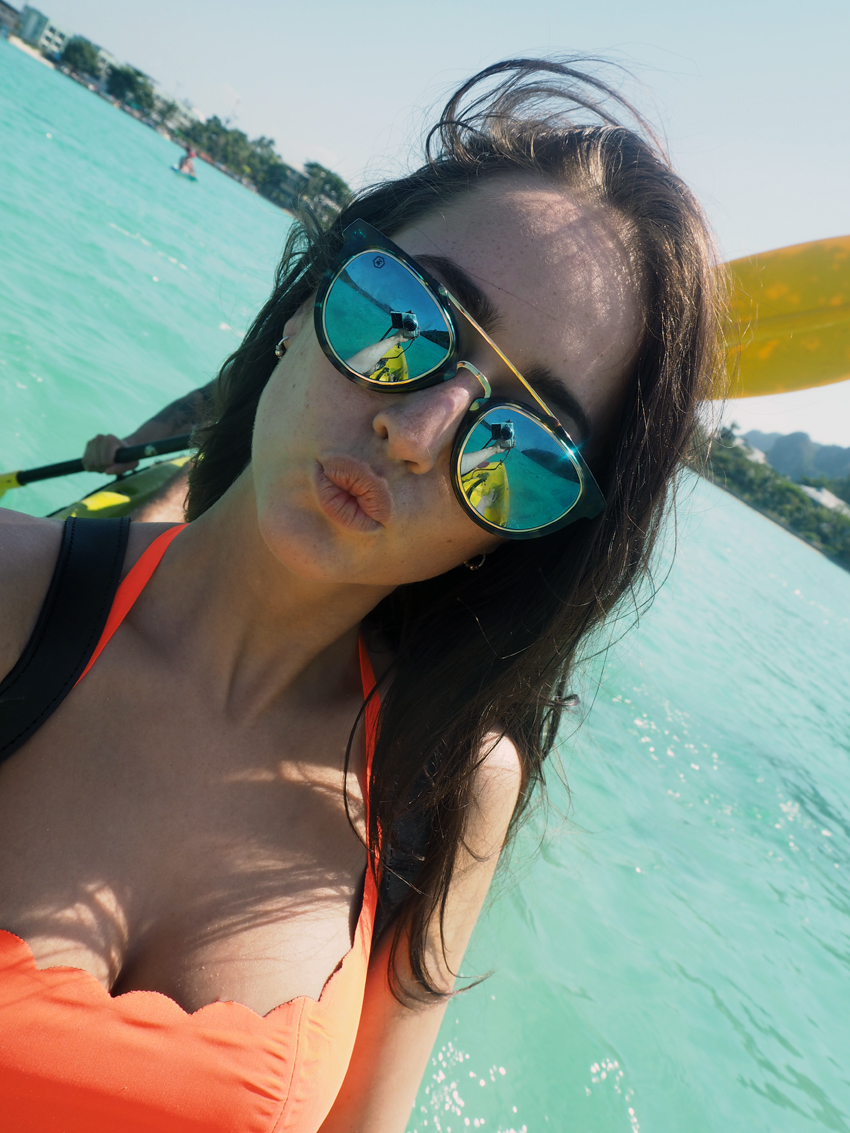 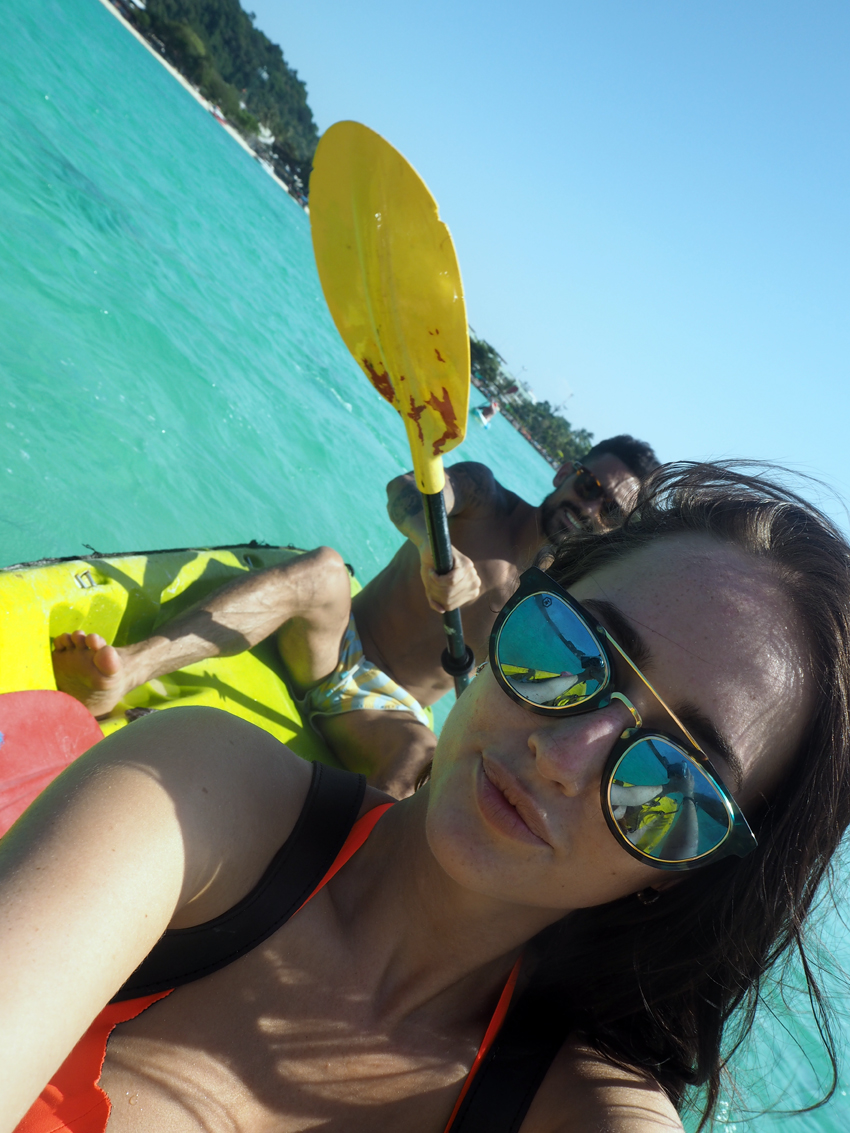 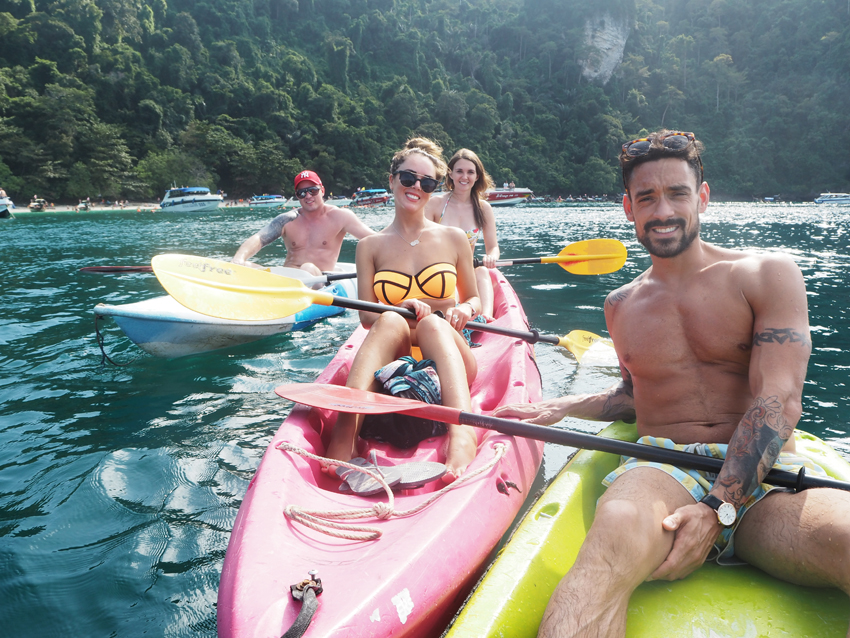 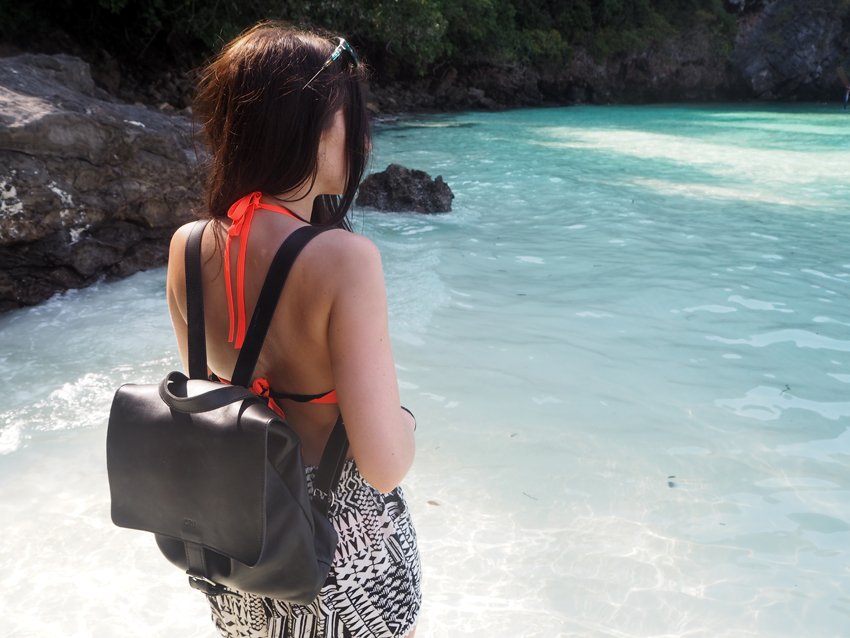 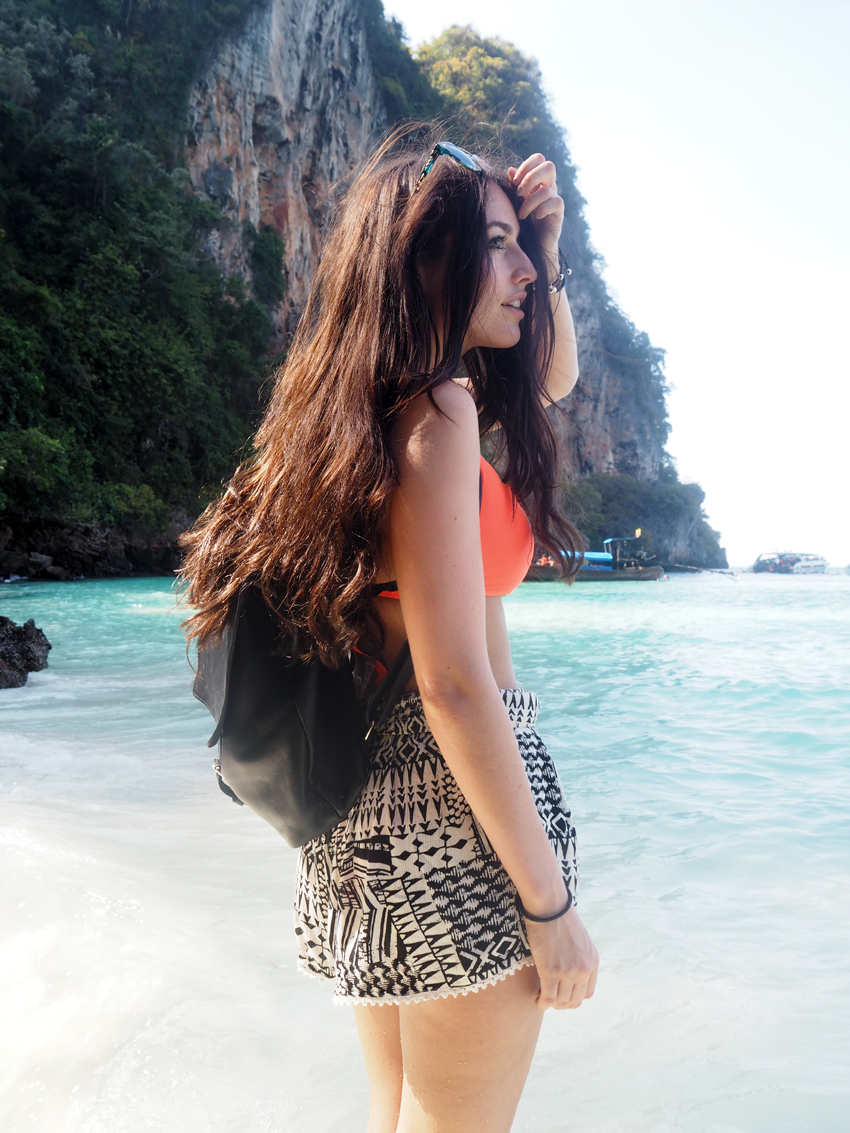 The best way to avoid the madness and over-commercialisation that’s happened over the past few years? Get on a kayak and paddle off elsewhere. Our choice: Monkey Beach. Granted, it was still crawling with tourists, but at least they weren’t chanting whilst trying to down a pint. It was a whole beach populated by a bunch of primates running amock the rocks, stealing things from people. Actually, wait, that still sounds pretty similar to the previous venue… 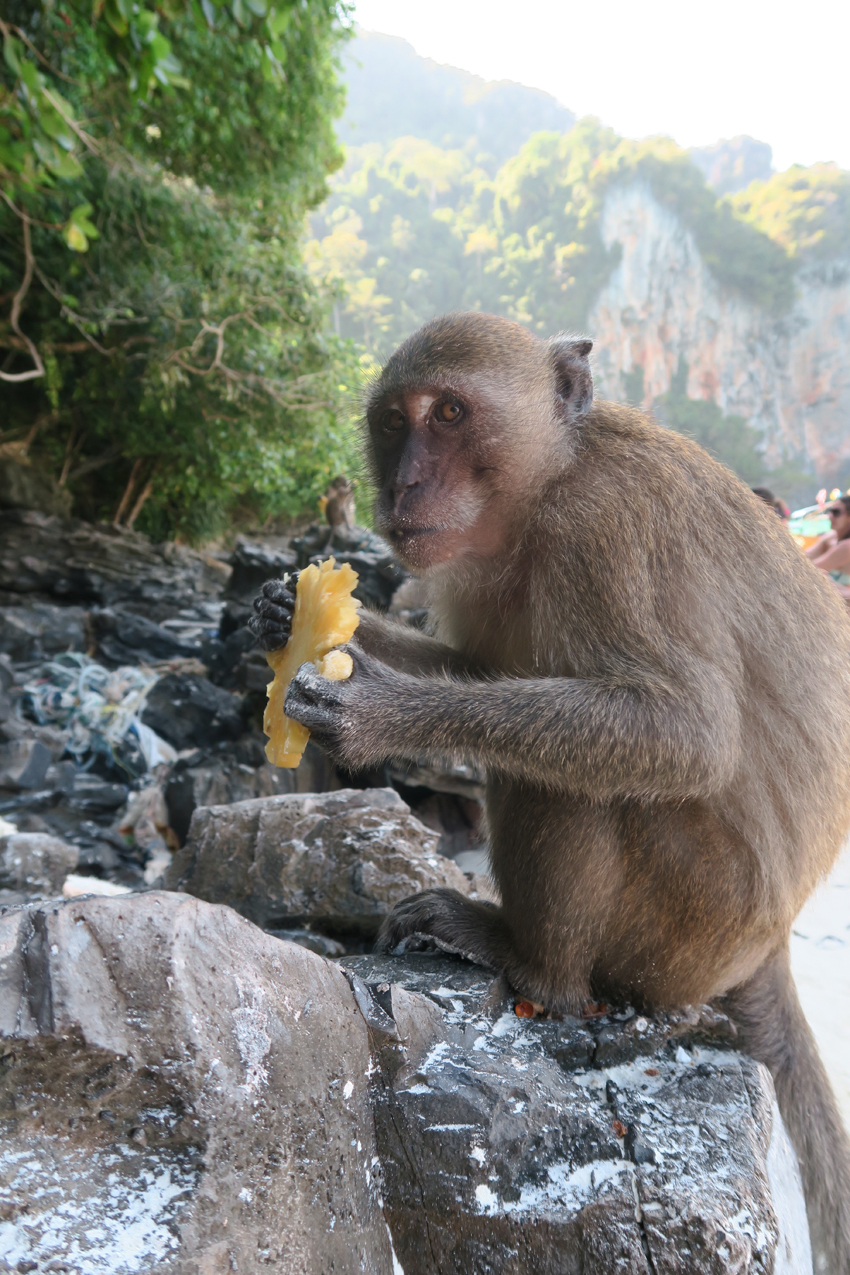 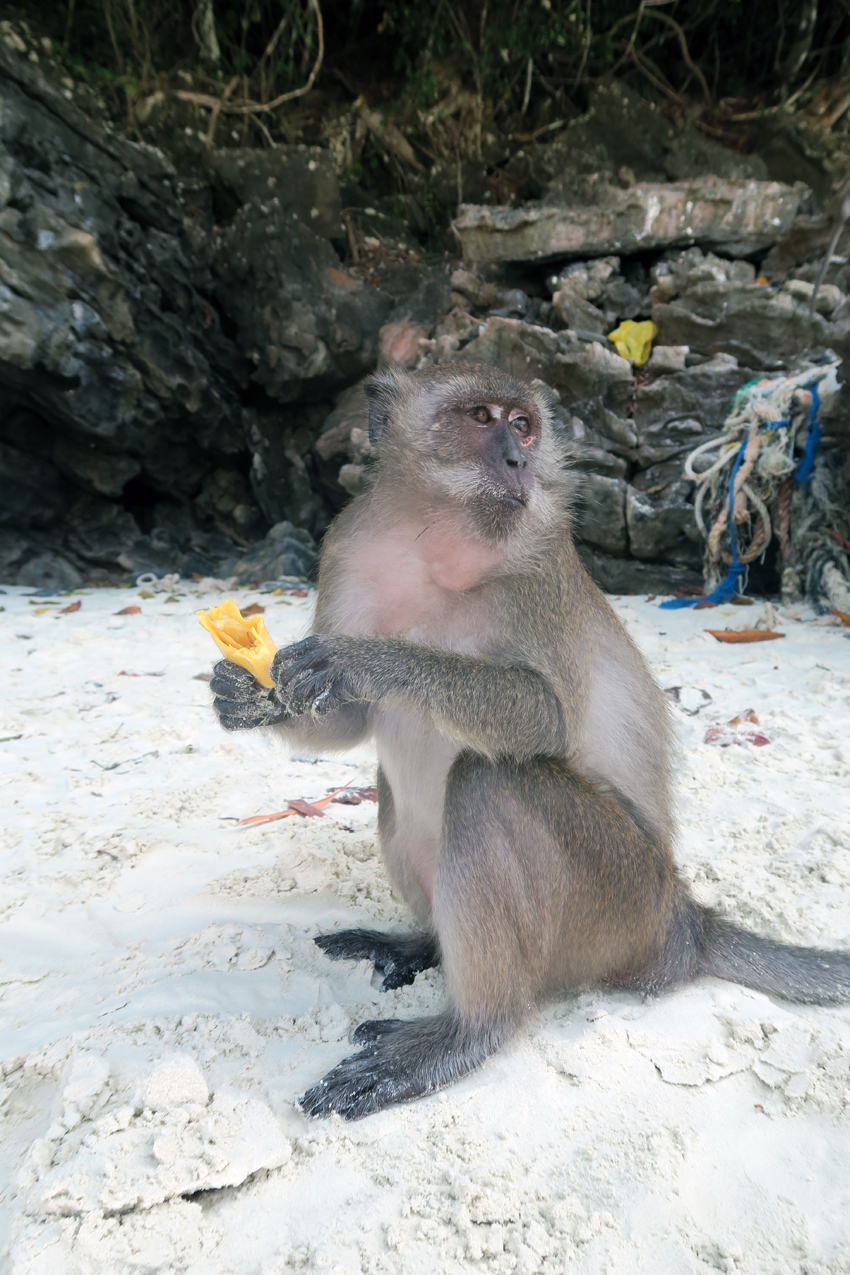 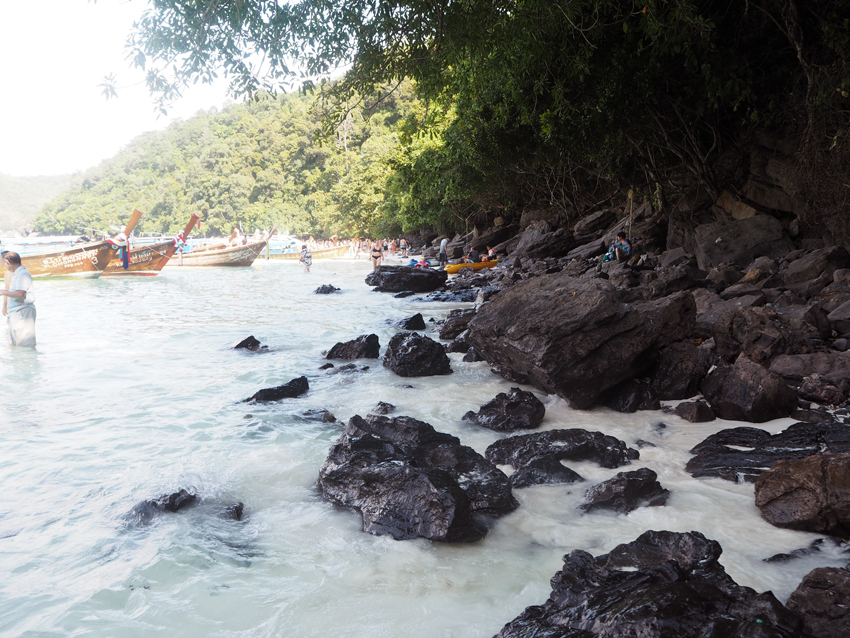 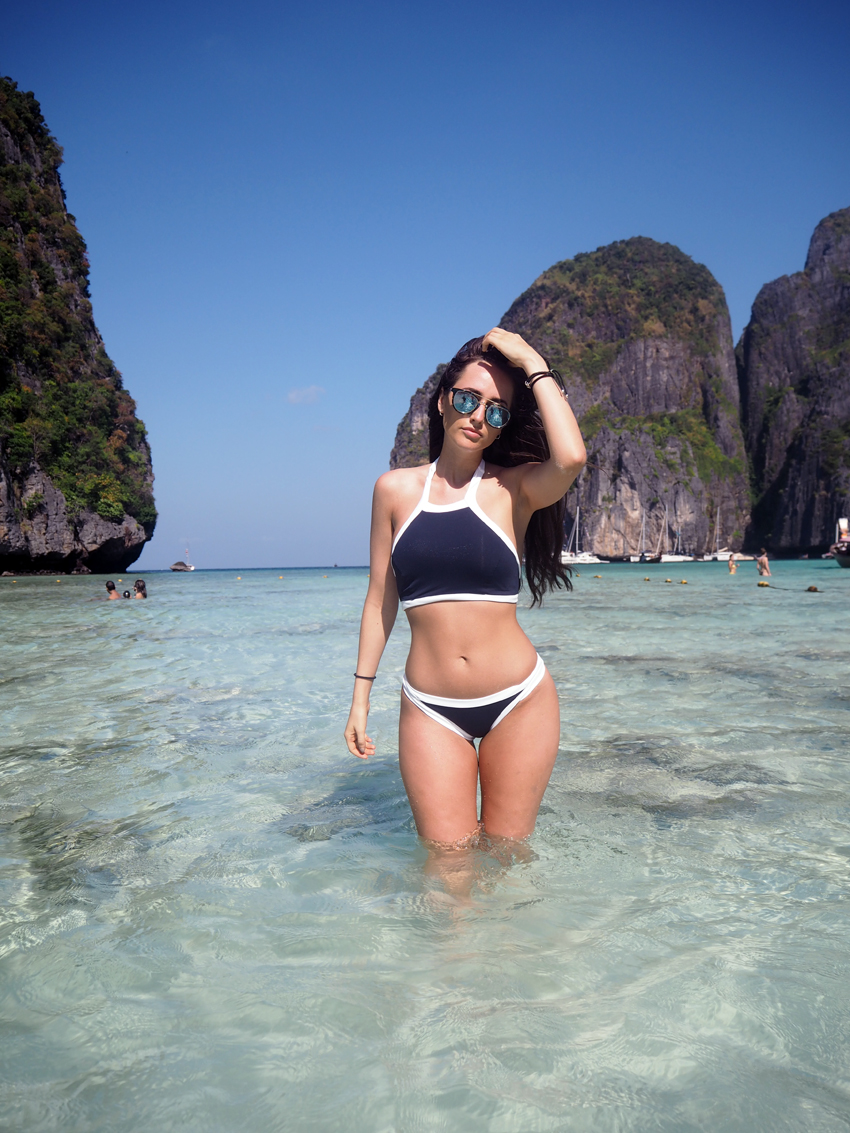 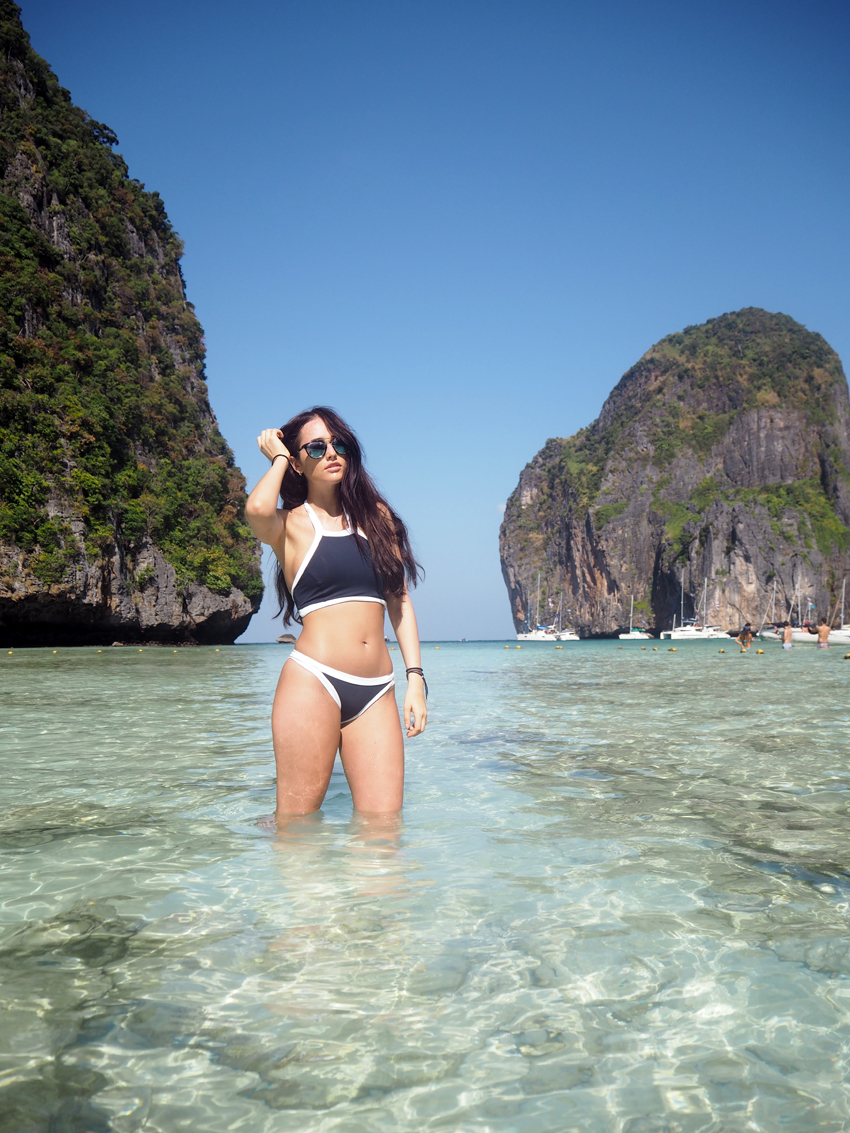 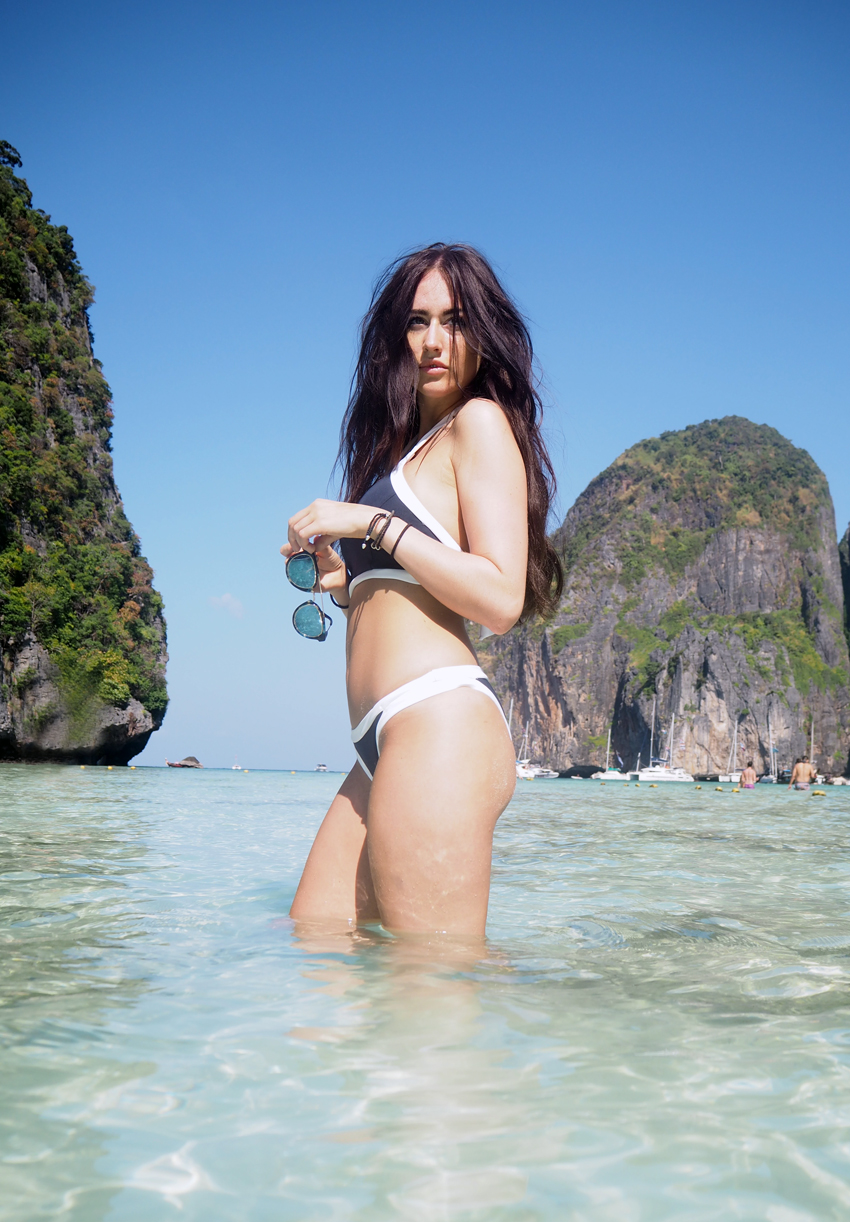 Can we all take a minute to appreciate the guy with a selfie stick in the back of these photos? This is Maya Bay, where the hit movie The Beach was filmed. Depicted on screen for it’s paradise-like scenery, you bet that it’s a hugely popular tourist destination. Selfie-stick central, I’m telling you. But hey, at least I felt less like an idiot posing in this Seafolly bikini when there was a billion others doing just the same!

So, can I confirm that I succeeded in my 2015 goal to see out the New Year in a far better way than the previous one? Maybe not. A bout of food poisoning rendered me ill and put a stop to any hardcore beach partying when the time finally came. But hey, the silver linings include a way flatter stomach (all the better to take photos with?) and the fact that chavs aside, I was still in one of the most beautiful countries there is to reign in the New Year. So would I change it all? Hmm, probably not.

Life is changing. I’m having my cake and eating it too. Hey, I might even eat yours as well if I’m feeling hungry… Today started…

London – a city synonymous with hustle and bustle, busy business, aggy commuters, and having an always on-the-go mechanism. You know those BBC Planet-style nature…

Hey. Remember me? I used to write sassy blog posts about #relatable shit that mattered, with a bit of style inspo thrown in for good…

Topshop Skirt | Topshop Top | River Island Boots | Zara Bag There was this one time that I ate pizza. And then I cried. Hilarious and rather…