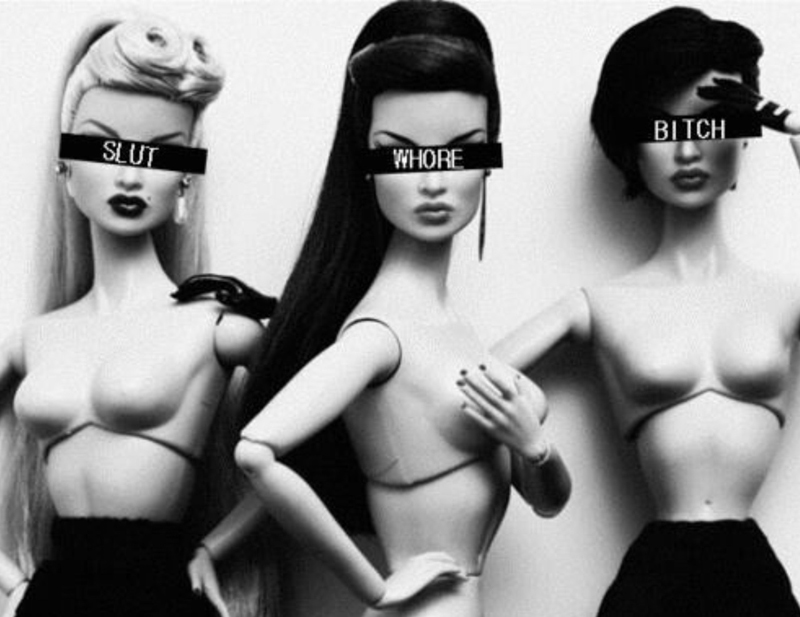 “Oh my god. That girl has so many followers on Instagram. I don’t know why though? Her hair isn’t even nice. She’s not even that pretty. I just don’t GET her style. It makes no sense. It makes literally no effing sense” – my brain, whilst scrolling through Instagram one day.

In one simple train of thought, I have successfully (and secretly) taken down another blogger with an onslaught of nasty, pathetically bitchy, and altogether unnecessary comments.

The truth behind it all? Well, this girl’s hair is actually really cool. She is really pretty. And her dress sense isn’t my cup of tea but she still looks absolutely amazing in absolutely everything she wears. So why the onslaught of silent bitchiness about stuff that isn’t even true? Well, I’m totally jealous she has 200k Instagram followers and I have 12k.

Now before it seems like I’m exposing myself as a complete and utter bitch here, let’s not pretend like we’re all completely innocent of thinking something hurtful against someone for no apparent reason. Seeing someone that’s more successful in an area we want to be can make us feel inadequate and brings out our insecurities. Then we act upon this insecurity by lashing out with something bitchy about them, simply to make ourselves feel better. It serves to delegitimize their success, and legitimize our own (or lack of.) Perhaps our mothers were really onto something when they said to us as children and teenagers “darling, they’re just jealous.”

This isn’t just a blogger thing. Think about people you see in the street. A row of attractive girls all dolled up looking totally Beyonce-level flawless have walked by me on evenings out in London, dressed in teeny tiny dresses with their model-esque limbs on show, whilst I plodded by them wearing skinny jeans, little to no makeup, and trainers looking like a dowdy old PHD student who never left the library. Of course, my eyes rolled so hard they nearly fell out of my head along with a more than shady thought that probably went a little along the lines of “well y’know, they look cheap in such short dresses anyway…” But where did that nasty comment come from? That insecure little part of my head making me feel totally jealous that those girls have not only got the most incredible legs (that I don’t think that I have) but also the confidence to show off their fab bodies. Maybe I am an utter bitch?

Think to yourself, whilst talking about some girl you and your friends sort of know of, how many times have you said “Yeah she’s really pretty, BUT…” and called out a tiny feature about this girl that’s not so pleasing simply to secretly bring her down? Like “Yeah she has big boobs but I bet they’re like SO saggy.” Or (one that I’m aware crops up about me quite often) “Yeah she does have nice hair, but it’s all totally fake though.”

It’s this kind of insecurity and jealousy that leads to trolling on the internet. Let’s be real: if you’ve ever been trolled, half of the time it comes from insecure young women who feel the need to lash out at other people – often those who appear to have a lot of confidence – to bring them down to make themselves feel better about their insecurity. It doesn’t make the comments any less hurtful, of course, but it does make it frustrating and unnecessary. Why should somebody ever try to bring you down because they are unhappy with their own lives?

Calling this out has made me realise how often it happens. Not just from myself, but from my friends, and other girls everywhere. Aren’t we all just a bunch of bitches? Whilst it’s obviously not cool to have such mean thoughts about people, one saving grace in this situ is that the thoughts are rarely genuine, and you’re not a total bitch for thinking these things at all. The comments just come from our own insecurities, and it’s completely natural and normal to have them. Of course I’m not saying that all bitchy comments come from insecurities and jealousy, but if you take a moment to think about why you just said/thought something, it can be surprising to see that the root of the nastiness doesn’t start with that girl with a perfect body, but starts way deeper in the insecurities rooted in the depths of our minds.

But that doesn’t mean that this insecurity + jealousy = bitchy comments equation shouldn’t stop. Jealousy between women holds us back, makes enemies, and hurts people. So before we start dealing with our jealousy and insecurities with shady comments, perhaps it’s best to work out why we’re saying the things we are, and dealing with that issue first. Or even better, learn from them. The blogger I mentioned has a lot of followers because she’s doing something right. Instead of me being nasty about it, I should learn from what she does to make myself a more successful person. Suddenly, I’m beginning to notice that any bitchy thought that I have is replaced with respect for someone.

To finish in the wise wise words of mean girls:

Previous Post: « Why You Need a Statement Coat
Next Post: Game of Thrones’ Jon Snow: My Unintentional Style Icon »